On BBC News this morning, Andrew Flintham, Managing Director of TUI was adamant: PCR tests are unnecessary. With the travel industry “at a tipping point” and many businesses expected “not to make it”, Andrew explained travel was safe.

Safer, he claimed, than going to the supermarket.

He said: “There really isn’t a risk out there in the way that it’s been vilified in terms of international travel is dangerous.

“It really isn’t, it’s probably more dangerous to go to the supermarket.”

This thinking was why he believed, as many other in the travel industry do, PCR tests are not needed.

READ MORE: ‘I want to go back!’ Britons ‘loved every minute’ of summer staycation 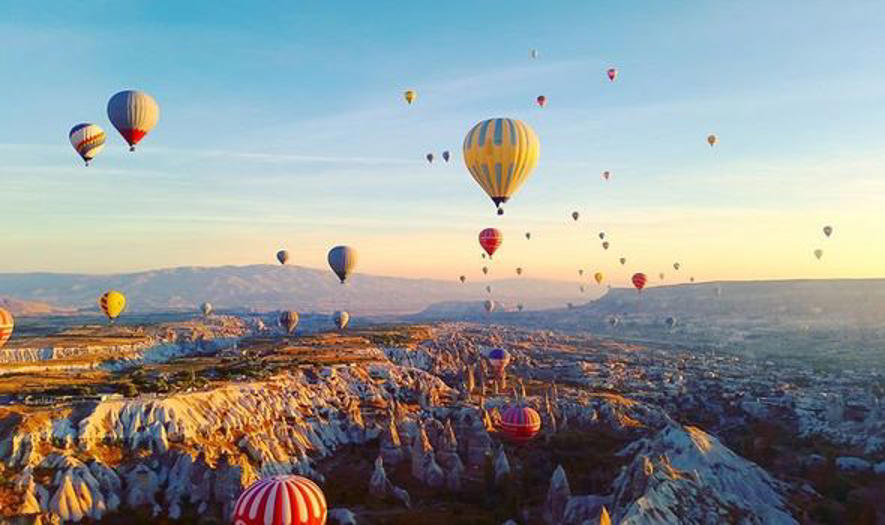 Andrew said: “We don’t think there should be any testing [for safe countries].

It was time, he said, to let travel do what it does best.

Britons needed to “meet friends and family, go on holiday, do business. All the things international travel is about”.

Hoping for a return to “the old fashion system of whether you could or couldn’t go” to a destination and a “greatly reduced red list”, Andrew said the industry was the first to have been impacted, and incredibly, the last to still be impacted by all the restrictions.

Andrew was not the only one who hoped for an easing of the restrictions.

Over on GB News, travel expert Leo Jones said: “We were expecting news to come yesterday.

“The whole industry and consumers, we’ve been in this movie many times, where we’ve been waiting for information to come from the Government. 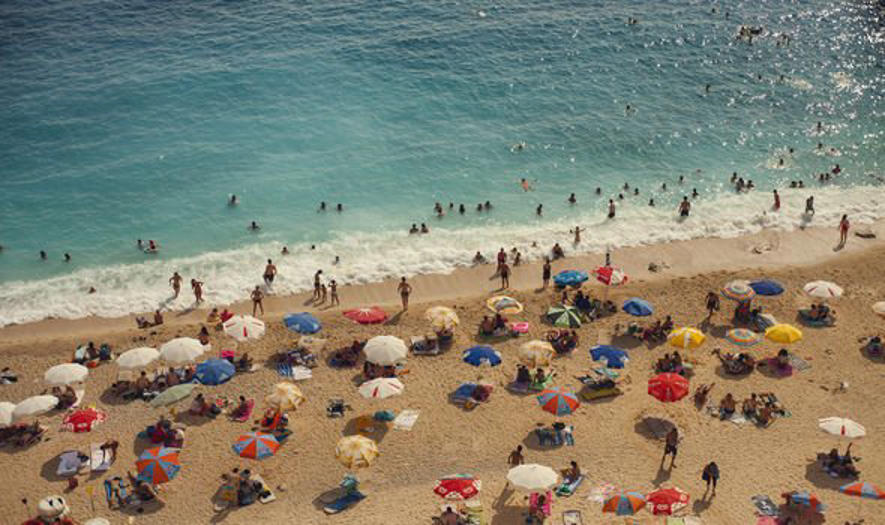 “Fingers crossed that after this anticipation we get the news that we have been waiting for today.”

Leo was hopeful and even made predictions based on the data available.

He said: “Looking at the data that we’ve got coming in we’re really hopeful that there’s going to be lots of changes.”

He continued: “Argentina could be one, Dominican Republic, Kenya and the Maldives, and Turkey.

“We are expecting some real hotspots to be released from the red list.” 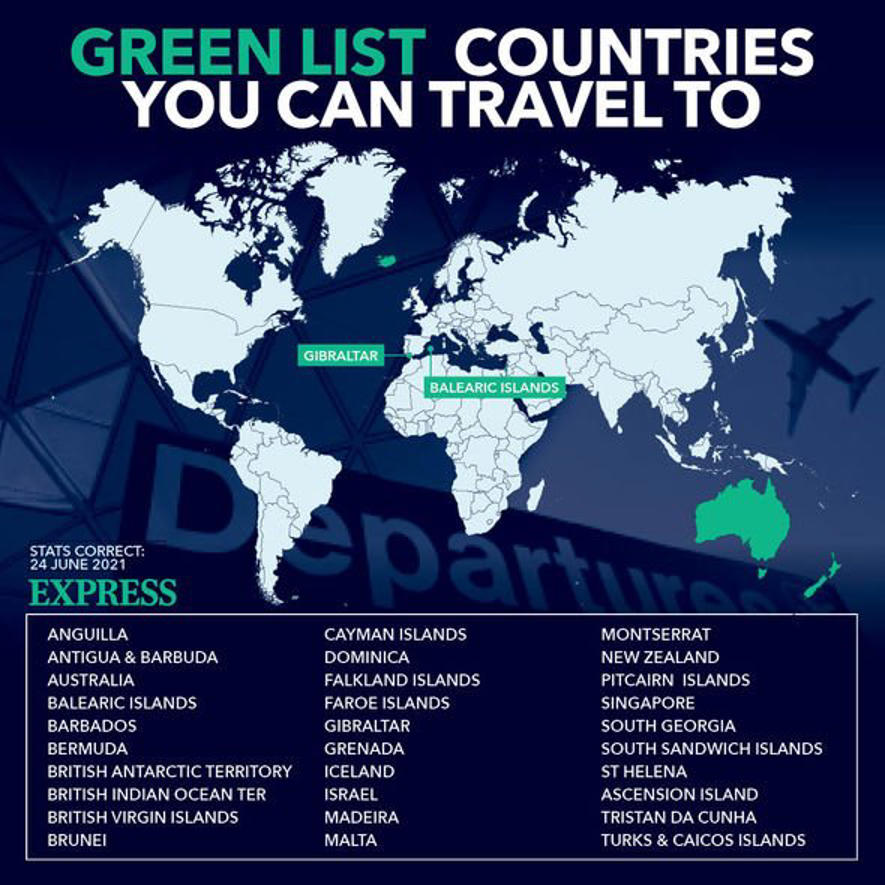 © EXPRESS Green list countries you can travel to world map

Britons should book holidays, said Leo, especially as they were a lot of good deals to be had.

He said: “We need to look ahead. Some the winter destinations will hopefully open up today and there will be some great deals to be had there as well.

“Although travelling is incredibly difficult at the moment, don’t let that stop you looking ahead and booking some great holidays.”

He also cautioned would-be holidaymakers and said keeping up to date with rules and regulations was extremely important.

“Make sure you’re keeping up to date with all of the rules on the FCDO website as well.

“Travelling has changed immensely now, […] we see so many people getting to the airport who haven’t prepared for the additional things that are needed.”

Flu season's here and it's time to get your shot. Here's what's different this year

© Provided by Spot.ph PHOTO BY Shutterstock (SPOT.ph) While Baguio City in Benguet is a popular tourist destination every summer because of its chilly weather, its Christmas attractions also draw ... Read more »

© Provided by The Canadian Press CALGARY — Alberta’s top court has agreed to hear a sentence appeal of a man convicted of killing three people but a hearing date ... Read more »

A man who supplied drugs to the late rapper Mac Miller agreed to a plea deal in which he admits to distributing counterfeit oxycodone pills that were actually laced with ... Read more »

The current approach employed across the country may well be costing lives. © Copyright (c) Daily Maverick , All Rights Reserved One of our staff members started coughing at work. ... Read more »

Influencer Jess Hunt has responded to allegations she Photoshopped herself in front of the Eiffel Tower in an Instagram post that went viral earlier this week. The British model was accused of doctoring ... Read more »

Luke Bryan's good deed goes viral after superstar assists mother whose tire blew out on the road: 'I cannot thank him enough for stopping to help me and my babies!'

Luke Bryan has gone viral on TikTok after he assisted a mother-of-two whose tire blew out on the road over the weekend. Courtney Potts was on her way to her ... Read more »

TikTok is sharing videos about serial killers to its young users while encouraging them to buy guns and body armor, a recent investigation has revealedIn an eye-opening report by online publication RawStory, reporters created an account for a fictional 13-year-old to browse clips on the video-sharing appAfter a few hours of surfing the social-networking site, the de facto youth was bombarded with a surge of disturbing content involving serial killers and gunsThe Chinese-owned app provided links of websites where weapons and tactile gear like bulletproof vests would be sold Read more »

Elite Sydney school that charges up to $61,000-a-year breaks rank and says its students DON'T need to wear masks in the classroom

Justin Trudeau overhauls Canadian Cabinet with top roles for women, including foreign minister and minister of defense as scandal roils the senior ranks of the country's armed forces

The government’s flagship test-and-trace system has failed to achieve “its main objective” to cut infection levels and help Britain return to normal despite being handed an “eye-watering” £37bn in taxpayers’ ... Read more »

Why Kurt From Dexter: New Blood Looks So Familiar

Kathy Hutchins/Shutterstock It’s still a bit difficult to process, but we are, in fact, on the verge of seeing new episodes of Showtime’s smash hit serial killer drama “Dexter.” Those ... Read more »

Washington – One hundred and fifty people across three continents have been arrested and charged with drug trafficking and other illicit activity in a sweeping international law enforcement initiative targeting ... Read more »

Oct. 26—SALEM, N.H. — Assistant Rockingham County Attorney Melissa Fales anticipates calling up to 35 witnesses in the case against Dr. Scott Dowd, who is accused of drunkenly crashing his ... Read more »

Bibaa Henry (left) and Nicole Smallman (Metropolitan Police/PA) (PA Media) The Metropolitan Police will apologise to the family of two murdered sisters for its response when they were reported missing ... Read more »

© Provided by INSIDER Carli Lloyd and Vlatko Andonovski. Hector Vivas – FIFA/FIFA via Getty Images Carli Lloyd has reached the end of her illustrious soccer career with the US ... Read more »

We will raise UAE flag in unity on November 3: Sheikh Mohammed

© Provided by Khaleej Times Photo: Wam The UAE Vice-President has called on the country to mark the upcoming Flag Day in a “unified manner” on November 3. The date ... Read more »

© Provided by Malay Mail Ancom said Nylex would be converted into a cash company once the acquisition was finalised. — Graphic courtesy of Ancom Bhd KUALA LUMPUR, Oct 26 ... Read more »

An Osceola County judge ruled Tuesday that prosecutors can’t mention the federal investigation against Anthony Todt at his murder trial, after Todt’s lawyers argued there was no evidence it was ... Read more »

Tardy and inconsistent Sassa responses deny many candidates the option to even appeal rejected applications. © Copyright (c) Daily Maverick , All Rights Reserved Many mothers and caregivers were hopeful ... Read more »

© Provided by The Times of India PITHORAGARH: Bodies of five trekkers from West Bengal, who went missing during an expedition in the Himalayas, were retrieved on Tuesday from the ... Read more »

Poland plans to bolster military amid threats from Belarus, Russia

© Provided by dw.com Poland’s defense proposal could see troop numbers more than double the current number of 110,000 The Polish government revealed a homeland defense bill on Tuesday, which ... Read more »

Suriya: Something about Soorarai Pottru or Jai Bhim provided me with a great learning curve

© Provided by Pinkvilla In a recent chat with Indian Express, Suriya spoke about his upcoming release ‘Jai Bhim’. Speaking about acting in the films based on real-life achievers Suriya ... Read more »

Govt: SCs/STs job quota must be proportionate to population

© Provided by The Times of India NEW DELHI: Pressing its case for reservation in promotions, the Centre on Tuesday told the Supreme Court that Scheduled Castes and Scheduled Tribes ... Read more »

© Provided by The Times of India NEW DELHI: Facing questions from the SC over the rationality for fixing an income limit of Rs 8 lakh for EWS quota, which ... Read more »

Between July and August 2021, three women in South Africa were the targets of assassination attempts. Babita Deokaran and Nokuthula Bolitye were both killed, while Ntobe Shezi survived. All had ... Read more »

© The FA via Getty Images GettyImages-1349251056.jpg England made it fourteen goals in just two games on Tuesday evening as the Lionesses battered Latvia 10-0. Following on from the 4-0 ... Read more »

Global Dettol sales have now stabilised at around 40% above where they were pre-pandemic, turnaround CEO Laxman Narasimhan told reporters (REUTERS) Reckitt Benckiser topped the FTSE100 risers this morning after ... Read more »

FILE PHOTO: Signage is seen outside the entrance of the London Stock Exchange in London By Bansari Mayur Kamdar and Amal S (Reuters) -London's FTSE 100 rose for a third ... Read more »

Rep. Richard Neal may be the chair of the House Ways and Means Committee, but these days Sen. Kyrsten Sinema (D-Ariz.) is the queen of tax — and her demands ... Read more »

A teenager charged with three counts of murder is permitted to attend school and church after making bail. Ahmedal Tayeb Elnouman Modawi, 17, is accused of striking and killing three ... Read more »

Report: Rick Carlisle preferred to stay with Mavericks – if he didn't feel firing were inevitable

In 2015, Mavericks general manager Donnie Nelson said Rick Carlisle could remain Dallas’ coach as long as he wants. In 2019, the Mavericks gave Carlisle a raise and contract extension ... Read more »

KCPD will continue to pursue all drug cases, chief says, despite urging of prosecutors

Kansas City Police Chief Rick Smith said Tuesday that the department would continue to pursue all drug crimes, even those consider for low-level arrests. The decision comes after Jackson County ... Read more »

Dale Jr. thrilled with chance to drive Next Gen car at Bowman Gray

© Provided by NBC Sports WINSTON-SALEM, N.C. – Past and present came together in a unique way Tuesday, as Dale Earnhardt Jr., Tony Stewart and Clint Bowyer drove the Next ... Read more »

MONTREAL — As an inquest into 47 deaths at a Montreal long-term care home during the pandemic’s first wave heard its final witness Tuesday, the coroner summed up the horror ... Read more »

Kyrie Irving’s decision to remain unvaccinated entering the NBA season gained another prominent backer when boxer Floyd Mayweather released a video on Tuesday that commended Irving for being a “great ... Read more »

Manchin: 'I think we'll get a framework' deal

Arrest made in shootings at residence, vehicle