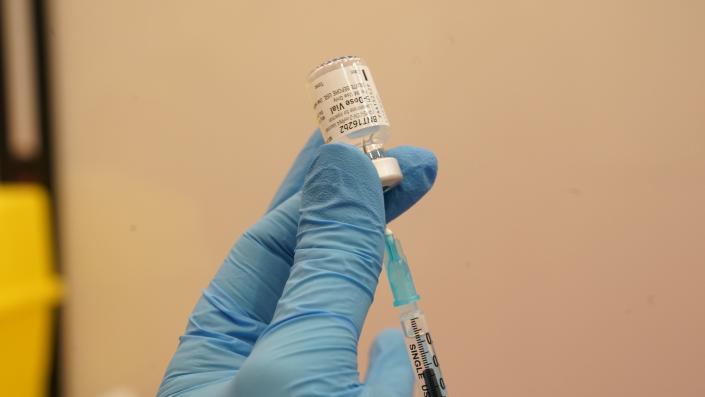 First doses of the Oxford/AstraZeneca or Pfizer/BioNTech coronavirus vaccines with second doses of the Moderna or Novavax jabs will generate robust immune responses against Covid-19, researchers have found.

According to the study, participants who received a first dose of the Oxford of Pfizer jab generated a robust immune response when given a second dose of vaccines manufactured by Novavax or Moderna nine weeks later.

No safety concerns were raised in this study of 1,070 participants, the University of Oxford-led Com-COV study found.

Researchers say the study supports the flexible use of these vaccines in primary immunisation schedules, which is crucial to help their rapid deployment especially in low-and middle-income countries where vaccine supply may be inconsistent.

Matthew Snape, associate professor in paediatrics and vaccinology at the University of Oxford, and chief investigator on the trial, said: “Thanks to studies such as these, we are now getting a more complete picture of how different Covid-19 vaccines can be used together in the same vaccine schedule.

“Encouragingly, all these schedules generated antibody concentrations above that of the licensed and effective two-dose Oxford/AstraZeneca schedule.

“When it comes to cellular immunity, having a first dose of the Oxford/AstraZeneca vaccine followed by any of the other study vaccines generates a particularly robust response.”

The research found that both Oxford followed by Moderna/Novavax schedules both induced higher antibodies and T-cell responses than the licensed and highly effective standard’ two-dose Oxford schedule.

And Pfizer/Novavax induced higher antibodies than the two-dose Oxford schedule which induced lower antibody and T-cell responses than the two Pfizer doses.

Blood samples taken from participants were tested for their effectiveness against the Wild-Type, Beta and Delta variants.

While it was observed that the vaccines’ efficacy against the variant strains had decreased, this was a consistent trend across the mixed schedules.

The study, published in The Lancet, also found that a significantly higher number of short-lived vaccine reactions were reported in volunteers who received a second dose of Moderna compared to those who received two doses of the Oxford or Pfizer jabs.

We’ve been talking about the new normal for some time, but when will it just become the norm? I think it already has, and businesses need to start playing catch ... Read more »

Something has got to give tomorrow night in the second leg semi-final of the Carabao Cup when Liverpool travel to North London to play Arsenal. After a 10-man Gunners scraped ... Read more »

Amazon Studios has officially unveiled the title for its upcoming Lord of the Rings TV series – and, given its ties to Sauron, it sounds very ominous indeed. Revealed in ... Read more »

There’s a saying among Hollywood’s most revered directors that filmmaking shouldn’t be about serving the audience, but the filmmakers themselves. Denis Villeneuve’s Dune just so happens to do both. The ... Read more »

Stock in Sony plunged overnight by 13%, equating $20 billion lost in the company, in the wake of Microsoft’s announcement that it will be purchasing Activision Blizzard. According to Bloomberg ... Read more »

Hal Barron to leave just as pressure builds on GSK to come up with new medicines Pharmaceuticals company GSK’s chief scientific officer is jumping ship, dealing a blow to the ... Read more »

— Recommendations are independently chosen by Reviewed’s editors. Purchases you make through our links may earn us a commission. HSN is home to tons of incredible products, from our favorite ... Read more »

Are you shopping for high-end gaming laptop deals? There are two excellent options at Best Buy right now that are worth checking out. Word of warning, however – they expire ... Read more »

Sir Tim Berners-Lee, the inventor of the World Wide Web, has called for a stronger focus on addressing the imbalance of power on the web. Speaking to Fujitsu CTO Vivek ... Read more »

Ralf Rangnick’s mission to get the Red Devils back on track could get a major boost this evening, with the interim boss knowing that a win in west London will ... Read more »

AMD has unveiled a new addition to its Radeon PRO W6000 GPU series that caters specifically to the needs of the typical knowledge worker. The new Radeon PRO W6400 sits ... Read more »

Martine McCutcheon has taken to Instagram to reveal the one activity that has helped her mentally and physically – walking. MORE: Martine McCutcheon reveals jaw-dropping hair transformation Sharing a picture ... Read more »

Carwyn Roberts attempted to control his partner by telling her a string of lies. (North Wales Police) A controlling boyfriend who posed as a doctor to convince his girlfriend that ... Read more »

Boris Johnson has confirmed that Plan B COVID measures will end next week. (PA) Boris Johnson has announced an easing of England’s Plan B coronavirus restrictions amid a battle to ... Read more »