The new series of Strictly Come Dancing 2021 is well underway as the celebrities take to the dance floor in a bid to impress the judges. Over the years, the BBC dance competition has seen a number of famous faces taking part in the series, including Good Morning Britain presenter Richard Arnold. The contestants are often thrown out of their comfort zones as they learn a new routine each week. However, in an exclusive interview with Express.co.uk, former star Richard said he felt overwhelmed when taking part.

Richard, who was partnered with Erin Boag, spoke about the struggles he faced during his time on the show. 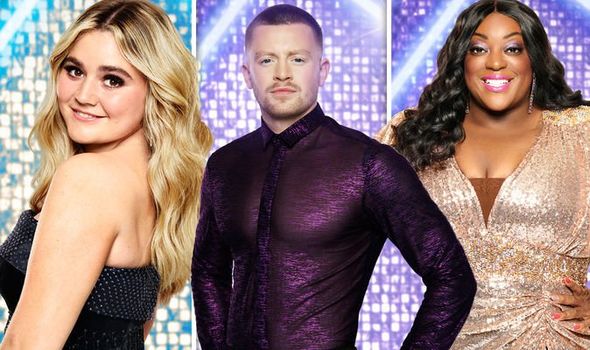 The presenter explained: “I was speaking to Anton du Beke last week and he said, ‘You know what people don’t understand with Strictly it’s not just nerves, it is abject fear’.”

He continued: “You know it’s even a struggle to put one foot in front of each other.”

“It is quite overwhelming,” he added.

It has also been rumoured Richard could be taking part in the upcoming series of I’m A Celebrity…Get Me Out Of Here! 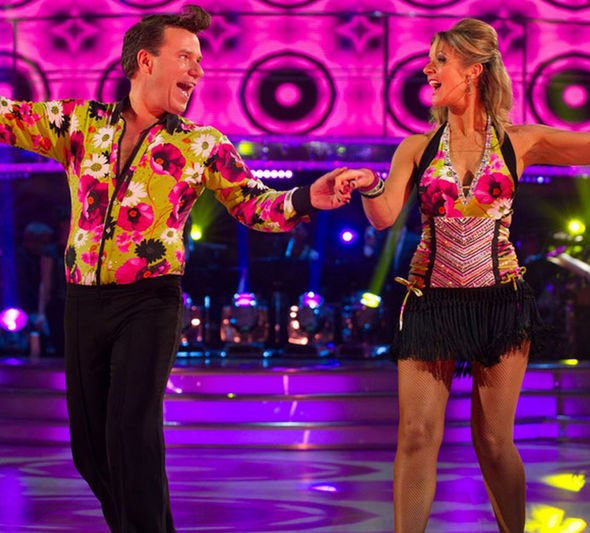 Teasing his possible stint on GMB, he hinted to Kate Garraway: “It’s a great show, it’d be great to be a part of.

“Well, I’ve got to do the downstairs loo, I’m hoping to get a marble finish so if the offer comes in I’ll do it. I wouldn’t officially rule it out. I’ve never experienced anyone who’s come out of it and said they’ve had any regrets.”

This weekend, only 10 celebrities will be dancing as Judi Love has had to miss a week due to a positive Covid result.

Strictly Come Dancing confirmed in a statement: “Judi Love has tested positive for Covid-19 and is now self-isolating following the latest government guidelines. 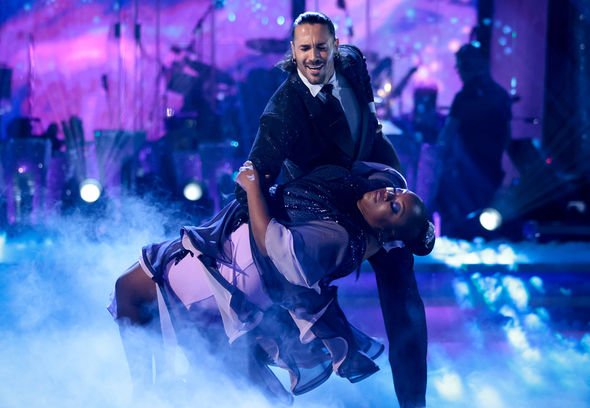 Tom Fletcher and Amy Dowden previously missed a live show when they tested positive for coronavirus earlier in the series.

Judi said of missing a week on Twitter: “Hey my lovelies it’s with great disappointment that I will not be performing this weekend @bbcstrictly due to testing positive with Covid 19.

“Hoping to make a speedy recovery & dance for you next weekend.

“Stay safe & thank you for your well wishes #JudiLove #Strictly.”

Judi was in the dreaded dance-off the week before but was saved as she went against Greg Wise and Karen Hauer.

She was also saved the week before when she was in the bottom two against Katie McGlynn and Gorka Marquez.

The Loose Women star had been set to perform the Cha Cha Cha to Physical by Olivia Newton-John.

Instead fans will miss out on the Latin routine and will have to wait and see if she will return to the competition.

Strictly Come Dancing airs Saturday on BBC One at 7.15pm.

Kishore Biyani appears before ED in probe into forex violation

Sole acquires stake in UAE basketball league Ball Above All

Everything we know about BioShock 4 – leaks, news, and more

© Provided by GamePur Thanks to information provided by journalist Colin Moriarty on his show Sacred Symbols, we now know a lot more about BioShock 4 than we did before. Of ... Read more »

How to level up quickly in Fortnite Chapter 3

© Provided by Dot Esports Fortnite recently bid farewell to its second chapter and fans sailed toward a new storyline that features The Foundation, portrayed by The Rock. The first Battle ... Read more »

Race walker Dunfee throwing his hat in political ring for 2022

Canadian race walker Evan Dunfee plans to throw his hat into the political ring next fall. © Provided by The Canadian Press Dunfee, who captured bronze in the 50-kilometre race ... Read more »

A smell sickened L.A. County residents for months. Officials say a fire that torched wellness products is to blame.

More than half the ransomware attacks in Canada target critical infrastructure

OTTAWA – There have been 235 known ransomware attacks against Canadian victims to date in 2021, and more than half targeted critical infrastructure providers such as electrical grids, oil and ... Read more »

Have you ever wondered what happens when an unwanted pet goldfish gets released into the wild? © Provided by National Post “In large numbers, goldfish can destroy aquatic habitats by ... Read more »

Atlantic Canada is in the middle of a stormy pattern this week, with one low pushing across the region through Tuesday, bringing potentially damaging winds exceeding 100 km/h in Newfoundland. ... Read more »

Logan Roy (Brian Cox) may be impossible to please, but there’s one person he trusts above all others: his security guard and fixer, Colin (Scott Nicholson). Colin has been indispensable ... Read more »

Using artificial intelligence (AI) to predict a potential impending disaster may sound like the theme of a blockbuster movie, but scientists say that it can accurately pinpoint when a tsunami ... Read more »

“Get Out” not only marked Jordan Peele’s directorial debut, but the 2017 horror film also proved to be a surprise hit that brought in more than a quarter-billion dollars at ... Read more »

B.C. man charged after investigation into girlfriend's disappearance, death in 2016

SURREY, B.C. — A man has been charged with one count of second-degree murder following an investigation into the death of a woman who went missing close to six years ... Read more »

Toronto’s Board of Health has voted unanimously to ask the federal government to decriminalize possession of small amounts of illegal drugs in the city. At a meeting Monday, the board ... Read more »

This Day In Weather History is a daily podcast by Chris Mei from The Weather Network, featuring stories about people, communities and events and how weather impacted them. — A ... Read more »

Sylvester Stallone To Star In Paramount+ Series ‘Kansas City', From The Creators Of ‘Yellowstone', ‘Boardwalk Empire'

© Provided by The Indian Express A narrow lane in Bulandshahr’s Upperkot is packed with SUVs as people gather outside a stone-walled house. In the verandah, Haji Yunus is sitting ... Read more »

© Mathieu Theriault/CBC News This retired military member showed CBC News an email confirming she was officially told on Nov. 4 that the investigation into her case was closed. That ... Read more »

CHARLOTTETOWN — Health officials are reporting three new cases of COVID-19 in Prince Edward Island today. © Provided by The Canadian Press They say the latest cases involve someone in ... Read more »

OTTAWA — Conservative Leader Erin O’Toole has asked the House of Commons to probe allegations that one of his MPs, Shannon Stubbs, created a toxic work environment for her staff.  ... Read more »

Last week, the most unlikely genre of the last decade — the live TV musical — made a kicky, belt-y return to broadcast with NBC’s Annie Live! Of course it was ... Read more »

Omicron variant will likely be worse than Delta, according to early research

It’s been 11 days since the World Health Organization declared the newest mutation of the SARS-CoV-2 virus to be a variant of concern and named it Omicron. Since then, researchers ... Read more »

Monarch butterflies have been battling numerous threats. Deforestation, extreme weather events, and loss of milkweed – a crucial food source for caterpillars – are causing numbers to dwindle. This year, ... Read more »

John Ivison: This is an appropriate time for Dominic Barton to exit China

A wintry scene spread over Vancouver Island and the South Coast on Monday morning as a storm brought accumulating snowfall to the region. Low freezing levels brought the snow all ... Read more »

© Paul Chiasson/The Canadian Press In Montreal, 14 beams of light representing those who were killed in the 1989 massacre, were projected skyward from the top of Mount Royal Monday. ... Read more »

The Marvel Cinematic Universe is expanding yet again, with Variety reporting that Marvel Studios has greenlit a sequel to “Shang-Chi and Legend of the Ten Rings”. © Photo courtesy of Marvel Studios. ... Read more »

PANAMA CITY — The Colombian drug gang known as the Gulf Clan cartel controls over half the cocaine shipments that travel through Panama, and had established an extensive logistics and ... Read more »

BTS announce band will be taking ‘extended’ break K-pop group BTS will go on an “extended period of rest”, the band’s label Big Hit Music has announced. “We would like ... Read more »

After sold-out SoFi shows, BTS is taking a vacation to recharge for 'a new chapter'

Omicron vs Delta: Battle of coronavirus mutants is critical

Saudi Crown Prince arrives in Oman on an official visit

Watch: CEO fires 900 employees from India, US over Zoom call

Saudi Arabia raises oil prices for Asian and US customers

Dubai: 2-digit vehicle number plates among 100 fancy ones to be auctioned

WhatsApp to allow users set all chats to disappear by default

IOC says it respects US diplomatic boycott of Beijing Olympics

Malala calls for stronger US support of Afghan women

Celebrating 50 years: Sisters Sara & Noor Al Tamimi on growing up in the UAE

Man who claims to be Bitcoin inventor wins dispute over $50B

Jeffrey Epstein gave Ghislaine Maxwell at least $30.7 million in the years they were together