The Dow Jones Industrial Average was flat after initially rising more than 300 points after the opening bell. The S&P 500 rose 0.2% and the Nasdaq Composite added 0.3%.

Losses in industrial and energy companies kept the market in check, offsetting gains in health care shares. Johnson & Johnson rose 1.2% after reporting that a booster of its one-shot coronavirus vaccine provides a stronger immune response months after people receive a first dose.

Technology companies made gains in a reversal from Monday, when the sector slumped.

The market sell-off on Monday was prompted in part by worries about heavily indebted Chinese real estate developers and the damage they could do if they default and send ripple effects through markets. That added to a wide range of concerns hovering over investors, including the highly contagious delta variant as well as higher prices squeezing business and consumers. 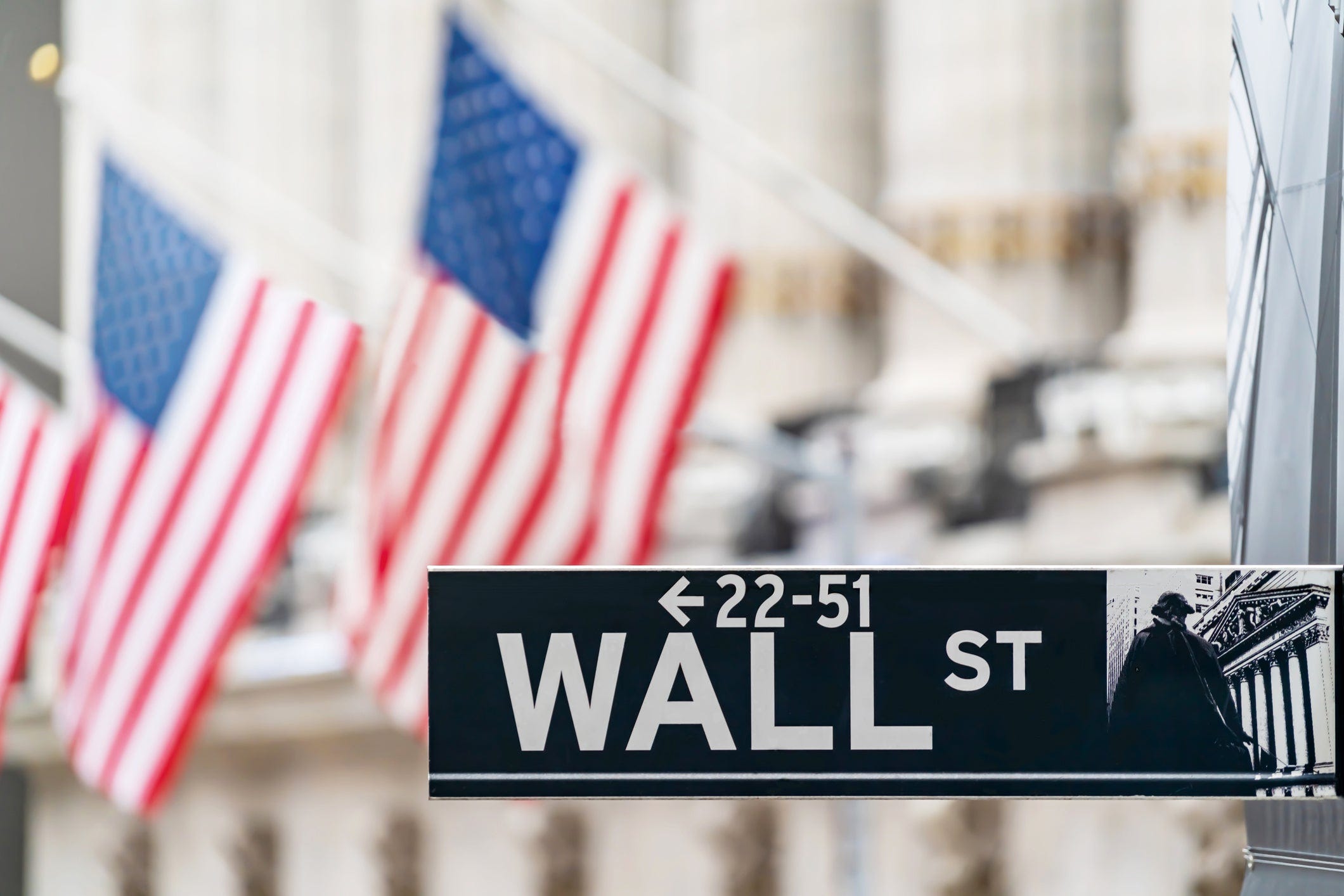 Wall Street is also gauging how the recovery’s slowdown will impact the Federal Reserve’s policies that have helped support the market and economy. The central bank will release a policy statement on Wednesday, which will be closely watched for any signals on how the Fed will eventually reduce its bond purchases that have helped keep interest rates low.

Supply chain problems, which have been hurting a broad range of industries, weighed on several companies. Homebuilder Lennar slipped 1.4% after home deliveries for the third quarter fell short of analysts’ forecasts because of supply chain problems. KAR Auction Services fell 1.2% after pulling its financial forecasts for the year because of the computer chip shortage that has been hurting the auto industry.

Universal Music jumped 37% in its debut on Amsterdam’s stock exchange.

Amid 'the supply chain that stole Christmas,' retailers are dangling loyalty programs as a fix

Green energy transition more relevant than ever for Russia - Mishustin

Most Latinos aren't saving for retirement, and information is a big factor

It was reported that gross domestic product moved up by 4.7% over eight months of this year Read more »

At the moment, about 80% of the company's supplies on the spot market go to the Asia-Pacific countries, while Europe's portion is insignificant Read more »

The country’s largest lender SBI on Monday said it has raised Rs 6,000 crore by issuing Basel III compliant bonds. In June, the bank had received approval from its central ... Read more »

Mumbai least happy city in the world to buy a house; Chandigarh among the happiest places: Survey

Bet on these stocks with pricing power this earnings season, Bank of America says

The Netflix logo is seen on their office in Hollywood, Los Angeles, California, July 16, 2018.Lucy Nicholson | Reuters With inflation heating up, Bank of America highlighted certain companies with ... Read more »

The topics refer to cooperation in such spheres as natural resources tapping, infrastructure development, agriculture and fisheries Read more »

The most important aspects to consider are the development of the port infrastructure, support of navigation safety and cost efficiency of transportation, and the need to support such traffic all over the year Read more »

Volvo sets IPO for October 28, valuing it up to $23 billion

File image of A Balasubramanian A Balasubramanian, the managing director and chief executive officer of Aditya Birla Sunlife Mutual Funds, has been appointed as the chairman of the Association of Mutual ... Read more »

Markets now think there is a 90% chance that the Bank rate will be increased from 0.1% to 0.25% at the monetary policy committee's next meeting next month. Read more »

Earlier this month, Byju’s had raised Rs 2,200 crore or about $300 million from investors, valuing it at about $18 billion. (Image: Shutterstock) Online education firm Byju’s has leased an ... Read more »

Source: ShutterStock Investors should observe maximum due diligence while investing in stock market and should not be carried away by the stories of unrealistic gains being made by others, Sebi ... Read more »

Listen to “Electric boost, food waste, and 'buy now pay later'”. Ford announces a £230m boost to their factory in Merseyside. Stuart Rowley, president of Ford of Europe maps out the ... Read more »

Ace investor Rakesh Jhunjhunwala has parted ways with the Multi Commodity Exchange of India (MCX), apart from trimming his stakes in three other portfolio holdings. Fresh shareholding data, for the quarter ... Read more »

Enterprise communication services firm Route Mobile on Monday posted around 28 per cent increase in its consolidated net profit to Rs 42 crore in the second quarter ended on September ... Read more »

Volvo Cars said this month it planned to raise US$2.9 billion through an IPO and list its shares on the Nasdaq Stockholm stock exchange. STOCKHOLM (REUTERS) – Geely-owned Volvo Cars ... Read more »

China's economy weakens as GDP in Q3 declines to 4.9 per cent

Source: Reuters Stocks are opening lower on Wall Street Monday as the market’s momentum slows following its best week since July. The S&P 500 index fell 0.5% in the first ... Read more »

N.Srinivasan, Vice-Chairman and Managing Director, India Cements Ltd. and Member of the Tirumala Tirupati Devasthanams Trust Board, receives the IPL Trophy that the CSK had won after pooja at the ... Read more »

The Reserve Bank of India (RBI) on October 18, 2021, imposed a monetary penalty of Rs one crore on State Bank of India (SBI) for non-compliance with certain directions. The violation ... Read more »

SINGAPORE – The Tripartite Alliance Limited (TAL) outlined in its annual report on Monday (Oct 18) several instances where it helped workers and companies resolve issues. Here are three of ... Read more »

Tens of thousands of seasonal jobs are now on offer at some of Britain's best-known businesses - adding to the demand for workers amid record vacancies across the UK economy. Read more »

According to CEO of Naftogaz Yuri Vitrenko, the company made this application to prove impossibility of certification of the gas pipeline Read more »

Representative image The country’s exports rose by 40.5 percent to $15.13 billion during October 1-14 on account of healthy performance by key sectors such as petroleum products, engineering and chemicals, ... Read more »

CG Power and Industrial Solutions on Monday said it has signed a binding term sheet with Evie Real Estate to sell its property at Kanjurmarg in Mumbai, for Rs 382 ... Read more »

Maharashtra Chief Minister Uddhav Thackeray (File image) Maharashtra government on October 18 announced the extension in the timing of restaurants and shops in the state. The state government has also ... Read more »

IEX board to consider bonus issue on October 21

Representative image The board of Indian Energy Exchange Ltd will consider a bonus issue of equity shares during its meeting scheduled on October 21. IEX, in a declaration made to ... Read more »

Leen Thijsse (62) was a millionaire, but is now in the dishwashing kitchen

Novatek does not believe in emergence of gas OPEC

Carl Icahn says he's not investing in bitcoin. Here's why

Purmerend fast natural gas-free? It will work, says the alderman. No, say the officials

Energy poverty? The Hague is experiencing a purchasing power cramp

Media: Number of new market participants in China's Sanya up 65% in January-September