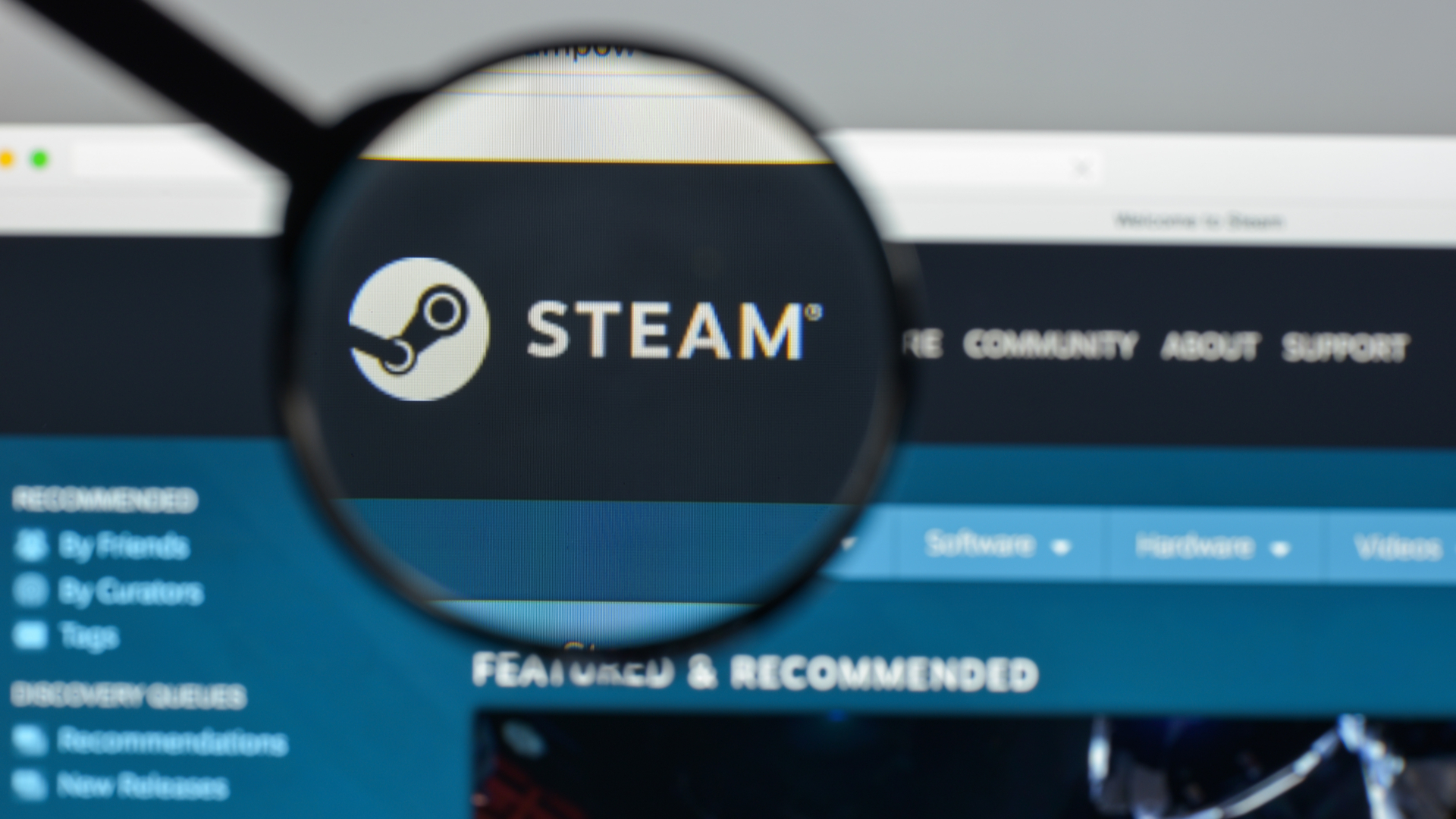 Valve’s Steam service is currently the most popular gaming platform on PC, and it may be able to extend its lead care of consoles (of all sources). A newly registered patent suggests that you could be gaming sooner in the near future, outlining a mechanic called “instant play.” Players would be able to boot up their newly purchased game before it fully downloads from the client.

The mechanic allows for “track read operations,” according to the patent document first spotted by SteamDB creator Pavel Djundik. This would enable game data to be read and accessed before it finishes downloading on a PC.

Other features include freeing up space by discarding unused blocks of data, and “local prefetching of game data for reducing latency during gameplay.”

Prefetching is a method for speeding up fetch operations by beginning one whose result is expected to be needed soon, meaning that Steam games will run faster. Both of these secondary features could be especially useful for gamers, and make for a far more enjoyable gameplay experience.

We’ve seen this before, but there may be a twist

The concept of playing a game before it downloads is something consoles have already started, with both the PlayStation 4 and Xbox One systems debuting the idea and PS5 and Xbox Series X continuing the tradition.

Normally, there’s the caveat of that game only being partially playable until the download completes. But the patent mentions an interesting phrase: “without limitation.”

Though it hadn’t been extrapolated on within the patent, this could be an indication that “instant play” will allow for a game to be fully playable before a complete download. However, this is all mere conjecture, as Valve’s announcement of its plans hasn’t been, let’s say, instant.

Windows is a ransomware magnet, according to a new VirusTotal report

The best label printers for home and small businesses

Photo Illustration by The Daily Beast / Photos Getty Every human brain is made up of seemingly countless connections that come together as a type of biological map of the ... Read more »

The iPhone 13 and the iPhone 13 Pro are out now, which means that Apple’s smartphone vision has been established for the next year. So what are we dealing with ... Read more »

© Provided by Space HTC Vive Flow is the $499 VR headset that doesn’t need a PC HTC has finally revealed its next step in the world of VR, with ... Read more »

Google Chat is getting an important security upgrade

Preventing data leaks is of the utmost importance to businesses which is why Google is launching a new beta to add data loss prevention (DLP) to Google Chat. The search ... Read more »

© Image: Google The Google Pixel 6 phones will ditch Snapdragon chips for an in-house design, and Qualcomm is clearly feeling a little hurt about it. Qualcomm couldn’t help but ... Read more »

Apple AirTag Vs Tile: we pit the two key trackers head to head

Losing items, whether it’s your wallet, bag, keys, or the TV remote, is frustrating, time consuming… and no longer necessary. According to motoring organization the RAC, 43% of drivers regularly ... Read more »

You can delete Facebook and still keep some of your memories. Here's how.

Michael Humphrey is an assistant professor of Journalism and Media Communication at Colorado State University. This story originally featured on The Conversation. © everstruslan/Deposit Photos You have three options: delete ... Read more »

After the dinosaurs, Earth became an all-you-can-eat buffet for snakes

When it comes to snakes, the modern world offers an embarrassment of riches. There are almost 4,000 different snake species alive today, placing the group not far behind mammals in ... Read more »

© Windows Central Dell XPS 13 You could save some cash by ordering an older Dell laptop with Windows 10. What you need to know A recent report sparked speculation ... Read more »

© Hello Heart People with high blood pressure who used a smartphone app and at-home monitor were able to drive down their blood pressure, a new study showed. The program, ... Read more »

ZmBIZI's $550 Z2 phone pays you for your data usage

The ZmBIZI Z2 is a the $550 4G phone that pays you for the personal data you share on your phone. We live so much of our lives on our ... Read more »

Technology proposed by Apple to sweep iPhones for child sexual abuse images would prevent neither crimes nor intrusive surveillance, security experts have warned. © Provided by The i Apple’s proposed ... Read more »

How to use iOS 15's new Focus modes

© Image: Apple These days, it is way too easy to be pulled from your work by notifications and other distractions. In order to help you keep your attention where ... Read more »

The myth of generations, debunked

Vergecast: HTC's new VR headset, and what to expect at next week's tech events

© Photo by Amelia Holowaty Krales / The Verge Every Friday, The Verge publishes our flagship podcast, The Vergecast, where co-hosts Nilay Patel and Dieter Bohn discuss the week in ... Read more »

This 3D printed rocket is heading into space in 2022

Telescopes for sale: The best prices on Newtonians, Dobsonians and more

© Provided by The Verge Amazon’s $150 discount on the 512GB Mac Mini brings the 2020 desktop down to its lowest price to date. The Mac Mini is already Apple’s ... Read more »

© Provided by Daily Mail MailOnline logo Katarina Johnson-Thompson is looking for a new coach after parting with the Frenchman who helped transform her career. Bertrand Valcin has overseen Johnson-Thompson’s astonishing ... Read more »

Get connecting with the Windows 11 Chat app

© Provided by Windows Central Windows 11 has a new Chat experience, and in this guide, we’ll show you how to get started. Windows 11 also comes with Chat, a ... Read more »

Operations have been suspended at a Wolverhampton laboratory as NHS Test and Trace investigates reports of people receiving negative PCR results despite testing positive on a lateral flow. Read more »

© Getty Images Waymo is trying out self-driving cars with a human “safety driver” on board Residents in a “dead-end” street in San Francisco say they are being plagued by ... Read more »

The Tory veteran, 69, who has died after being repeatedly stabbed at a constituents‘ meeting, asked the Prime Minister to commit to reducing knife crime on March 3 this year, ... Read more »

We may receive commission from purchases made via links on this page. Pricing and availability are subject to change. Tablets come in all shapes and sizes. Wait, the shapes are ... Read more »

A man has been arrested in Sussex on suspicion of impersonating a police officer so he could kidnap a 14-year-old girl on her way to school. Read more »

Tana and Gordon Ramsay have five children. (PA) Tana Ramsay has penned a moving tribute to the baby boy she miscarried five years ago. The 47-year-old lost her son Rocky ... Read more »

Breastfeeding is tough: new research shows how to make it more manageable

Kenya Killed by Mob (Copyright 2021 The Associated Press. All rights reserved.) Police in Kenya say a man who had confessed to killing a dozen children and escaped from detention ... Read more »

NASA's Lucy probe will visit 8 asteroids in 12 years. Here's how it will work.

© Provided by Space An artist’s depiction (not to scale) of the Trojan asteroids clumped ahead of and behind Jupiter. Squeezing flybys of eight asteroids, most in a completely unexplored ... Read more »

Helpline inundated by thousands 'terrified of losing their homes'

Krystalrose, 27, and her young daughter were evicted from their privately rented one-bed flat in London (Shelter) A helpline that provides support to people at risk of losing their homes ... Read more »

China successfully launched a new crew of three taikonauts into orbit this afternoon, sending them en route to the country’s primary space station, dubbed Tianhe. The crew will meet up ... Read more »

Microsoft Teams update will help you tune out all distractions

A constant barrage of incoming notifications can be distracting while trying to work which is why Microsoft plans to roll out a new update for Microsoft Teams later this year ... Read more »

New to QVC? Shop now to get $15 off your first purchase

Brave browser cuts off another avenue for tracking your web activity

Ready for battle or ready for bed? New goggles can tell when soldiers need a rest

Welp, Now We Have Robo-Dogs With Sniper Rifles

Raise your TV-audio game with this 2.1-channel soundbar, now $30 off at Amazon

AI project brings the climate crisis to your home