To ensure people can afford the life they choose after retirement, and don’t need to rely heavily on the state pension, it’s important for people in work now to start planning. Amid uncertainty around the amount of state pension each person could receive in the future, money expert Emmanuel Asuquo spoke exclusively with Express.co.uk and gave guidance for those in work right now.

He said: “If you are in a company, and they’re offering a company pension scheme, jump on it.

“Yes, there’s the whole thing that you can’t touch it until retirement, but when you think about it, how many investments can you put money in and know you’re going to get money on top straight away. You’re going to get instant growth.

“It’s one of the best investments you can make.

“So, if you put money in a pension, you’ll get 20 percent straight away [via tax relief]. That’s on top of your money straight away. 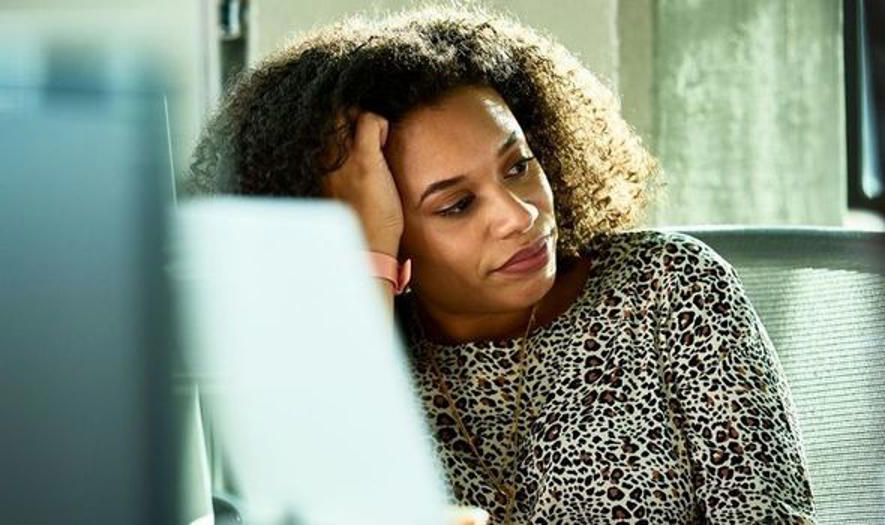 “It’s in a tax efficient environment plus you have how much your work is going to contribute on top of that as well.

“So, if you have a workplace pension, definitely utilise that and put money in.”

His words of warning come as the state pension triple lock, a government guarantee which aims to help pensioners maintain their spending power over time as the cost of goods and services rises with inflation, will be temporarily suspended next year.

DON’T MISSSocial security RISE: British expats to be hit by new tax changes in Belgium [ANALYSIS]Free bus pass age is rising – how to check if you can get pass earlier [INSIGHT]Britons urged to cash in their old bank notes and switch for valid cash [WARNING]

The Government said the average earnings growth figure would likely be artificially inflated due to COVID-19, so they therefore took the decision to ignore this element of the state pension triple lock for the 2022/23 tax year.

The terms of the triple lock are that the value of state pension must increase every year by the highest our of the rate of inflation, the rate of average earnings growth, or 2.5 percent.

For those thinking that this amount would not be enough for them to live off if they retired now, there are things to consider now to ensure a more comfortable retirement. 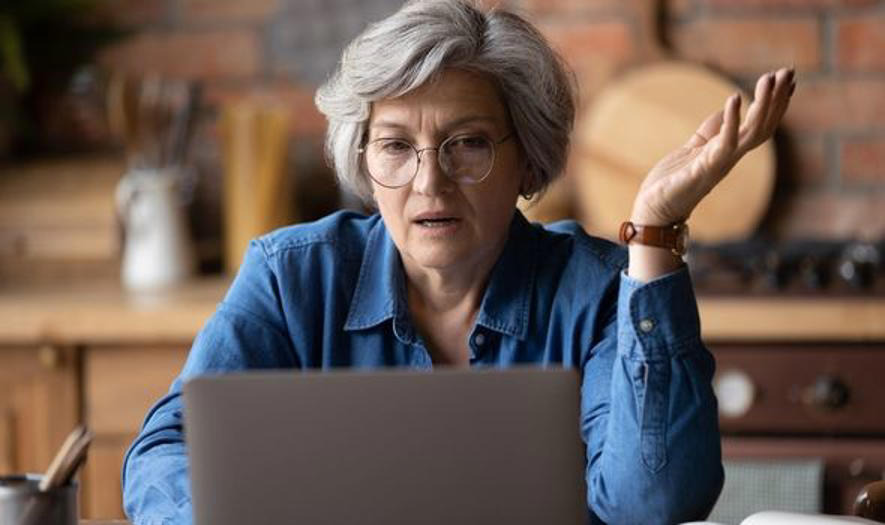 This number will be different for everyone, as each person leads different lifestyles.

Mr Asuquo went onto discuss other things people may want to think about to ensure they get the retirement they wish for.

He continued: “I don’t feel you should put all your money into pensions and then not have any other investments.

“Don’t just think state pension will give me a nice retirement, or that I’ll put all my money into other pensions.

“I feel that with the cost of living, and how much people need, I don’t think a lot of people can put as much as they’d like into pensions to get them what they need at the end.

“Whether it’s rent, whether it’s mortgage or childcare – all of these things cost, and they limit how much you can actually save.

“What I’d say is make sure you have other investments available to you so that when it comes to retirement, you’ve got income from different places.”

The Government stressed that the suspension of the triple lock is purely a temporary measure, and the triple lock will return as normal from the 2023/24 tax year, but by failing to honour the policy on this occasion, a 2019 manifesto pledge has been broken.

It was the second manifesto promise broken in the same day, as Prime Minister Boris Johnson also announced that National Insurance would be increased, something the Government had committed to not doing during their most recent election campaign.

Saga is first firm to offer paid leave to new grandparents – what are your rights?

Hospitality firms call for taxpayer aid for Covid plan B, as dining out dwindles – business live

Cesar Azpilicueta demands ‘reaction' from Chelsea after drop in form

Pfizer says its COVID-19 booster protects against the Omicron variant

How to avoid quarantine hotel hell using the transit loophole

Make your own Balenciagas! Clubber puts black socks over his shoes to trick bouncers who refused him nightclub entry for wearing white trainers (and the hack will save you £595)

Rachael Silvester, 26, shared a video showing her friend tricking bouncersMale pal pulled black socks over his white trainers to get into Manchester club He had been refused entry for his footwear but convinced doormen they were £595 sock boots from Spanish designer Balenciaga  Read more »

The holiday retailer reported a loss (PA Archive) Holiday retailer On The Beach has reported swinging to a loss as its chief executive said the new Omicron variant has “dampened ... Read more »

1 / 2Virus Outbreak South AfricaA woman, with her baby on her lap, gets vaccinated against COVID-19 at a site near Johannesburg, Wednesday, Dec. 8, 2021. Omicron cases have been ... Read more »

Omicron could still be devastating even with milder symptoms, scientist warns

The new Omicron variant of coronavirus appears to be causing “milder” cold-like symptoms, but the reported higher rate of transmission could still have “devastating” consequences, a top scientist has warned. ... Read more »

How time flies… it’s already our second Christmas living with Covid! What would chase the blues away better than organising the Christmas dinner of your wildest dreams? Well, that’s the ... Read more »

6 Singapore Bars Are On The World's 50 Best Bars 2021 List. Which One Will You Visit This Weekend?

© Provided by Augustman Singapore has once again solidified its position as one of Asia’s top craft cocktail bar destinations. During the recent World’s 50 Best Bars 2021 list reveal, ... Read more »

Photo for illustration purpose only. Photo: Pixabay Two Turkish nationals are facing six years in prison each over an alleged skimming attempt in Bali, after police arrested them last month. ... Read more »

Lampard, Terry, Bircham: What is the latest with Ipswich Town's manager hunt?

© Provided by Football League World Frank Lampard 7 Ipswich Town are still in the process of looking to recruit a replacement for the recently departed Paul Cook at Portman ... Read more »

The current picture at the top of the Premier League 2 Division 2 table isn’t too dissimilar to how the land lies at the summit of the Championship – West ... Read more »

Swansea City are working on a deal to keep Jake Bidwell at the Liberty Stadium. Our colleagues at Wales Online have revealed the Swans are in talks to keep not ... Read more »

Another blow: Gold drops Spurs squad update ahead of BHAFC clash, fans must be worried - opinion

Fame is proving a capricious mistress for Ollie Robinson. In a little over six months, he has marked his Test debut by apologising for the bigoted tweets he sent as ... Read more »

Hibs have officially confirmed the sacking of Jack Ross after “a prolonged run of poor results”, with David Gray potentially in the dugout for the Premier Sports Cup final. A ... Read more »

Steven Gerrard has continued to make a point of putting his “own stamp” on Aston Villa and he’s done a fantastic job of that given three wins from four so ... Read more »

Bengals tied for fifth toughest remaining schedule ahead of playoffs

After two years of dramatic, painful roster turnover, the fact the Cincinnati Bengals are even in the playoff conversation is a great thing. © Sam Greene/The Enquirer / USA TODAY ... Read more »

In the offseason, the hype and excitement around the USC Trojans basketball team was real. © Provided by Trojans Wire After a stunning run to the Elite Eight, things got ... Read more »

© Troup County Sheriff The case has remained a mystery since 1976 US officials believe the discovery of human remains in a car at the bottom of an Alabama creek ... Read more »

Corporate backers are pulling funding from Britain's most famous radical theatreLeading law firms Kirkland & Ellis and Weil, Gotshal & Manges condemned playBosses said they would no longer work with the Sloane Square venue due to rowThe Royal Court was forced to apologise last month and change the name of partBosses said they would change Hershel Fink to Henry Finn after a huge backlash Read more »

Video: Dad's in trouble! Moment two-year-old girl drops the F-bomb when her father loses his game of Fortnite

Clubbers were left in hysterics after two men appeared to be 'caught in the act'Photo of men eyeing up two women on a nightclub dancefloor went viralPicture was taken at Liquid & Envy in Oldham, Greater Manchester this monthPhotographer suggests his snap may simply have been unfortunately timed and the men may not have been looking at the women Read more »

Going out with a BANG: Disgruntled employee 'BLOWS UP oil warehouse in Thailand causing £900,000 damage because she was sick of her boss'

Ann Sriya, 38, allegedly blew up the Prapakorn Oil warehouse on November 29She allegedly set a piece of paper on fire and threw it on top of a fuel containerPictures show plumes of smoke billowing out of warehouse in Nakhon Pathom Sriya claimed she driven by the stress her boss Pipat Ungprapakorn caused her Read more »

The paymaster general responds to emotive question in the Commons over Christmas party scandal. Read more »

'Go out, but stay in, stay safe at home, but go out, but don't': Jokers flood internet with memes after Boris Johnson says workers must avoid the office but CAN go to office Christmas parties

Video: Going out with a BANG: Disgruntled employee 'BLOWS UP oil warehouse in Thailand causing £900,000 damage because she was sick of her boss'

'I wonder if there'll be a No10 party to celebrate?': Twitter raises an eyebrow at Boris's baby joy... as PM battles backlash over 'illegal' festive bashes

On the Beach: Spread of Omicron has impacted demand for holiday bookings

COVID-19: Downing Street adviser has no comment on resignation or Christmas parties - video