The change is part of the Government’s plans to raise money for an overhaul of the social care system, beginning in April 2022. The new “Health and Social Care Levy” will raise almost £36 billion over the next three years.

The move will push the UK’s tax burden on workers to its highest level, according to the Institute for Fiscal Studies.

And what’s more, the institute expects the tax burden to grow even more, likely to squeeze workers even more as the UK recovers from the coronavirus pandemic.

The IFS said: “Both [government] spending and tax will ratchet upwards over the next few years.

“Taxes will reach their highest sustained level in the UK. 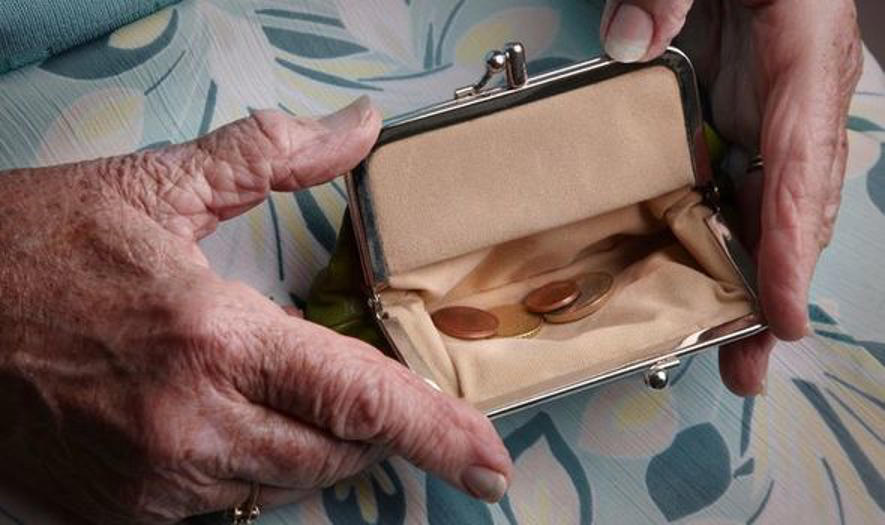 “This was always going to be an inevitable consequence of ever-growing demands on health and social care, and would have happened eventually irrespective of the pandemic.”

Despite the Tory’s being the party of small Government and low tax rates, the IFS’s predictions will likely ring true, given that tax has been rising for decades.

History has shown that tax rises are inevitable, with multiple taxes rising considerably in recent decades.

Insurance Premium Tax was introduced in 1994 at a modest 2.5 percent.

Successive Chancellors have increased it six times since then, and today it stands at 12 percent. 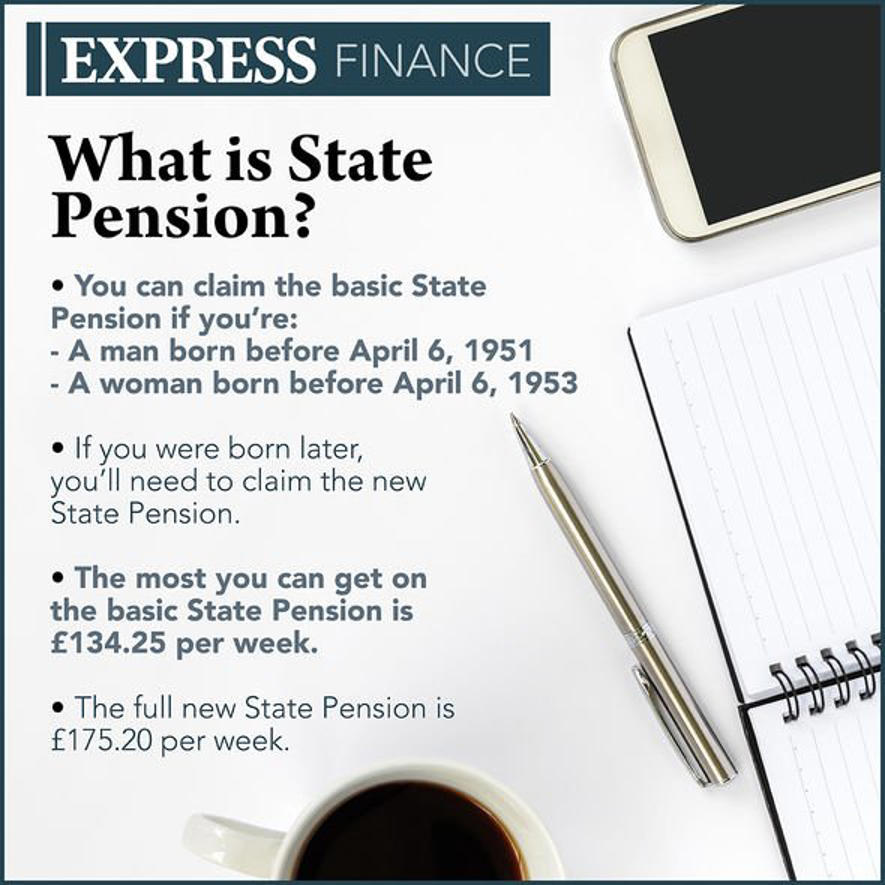 © EXPRESS What is State Pension?

But it goes further – rising to 20 percent on travel insurance, electrical appliance insurance and some vehicle insurance.

A similar trajectory has been the case with Stamp Duty, which was a flat one percent in 1991, but today comes in at a top rate of 12 percent.

Express.co.uk‘s Harvey Jones also believes this is not the end of the road for tax rises in the UK.

He said in an Express.co.uk comment piece: “Who’s to say the new National Insurance health and social care levy will not follow the same trajectory? Not me.

State pension payments can be increased by hundreds of pounds [EXPLAINER]

Inheritance warning: The mistake that will ruin your retirement [ANALYSIS]

“I’m not the only one worried. The Chartered Institute of Taxation was the first to realise that the new levy is a radical new revenue-raising opportunity.

“Director of public policy John Cullinane said it is NI “in all but name”. Crucially, it applies to all pensioners, although limited to their employment income for now.

“The Government wants us to think this is a special case but Cullinane sees it as “setting a precedent making it easier to bring pensioner earnings within the full scope of National Insurance at some point in the future”.

“The “full scope” could mean pensioners handing over 12 percent of their earnings to HMRC in NI, as those of working age already do.” 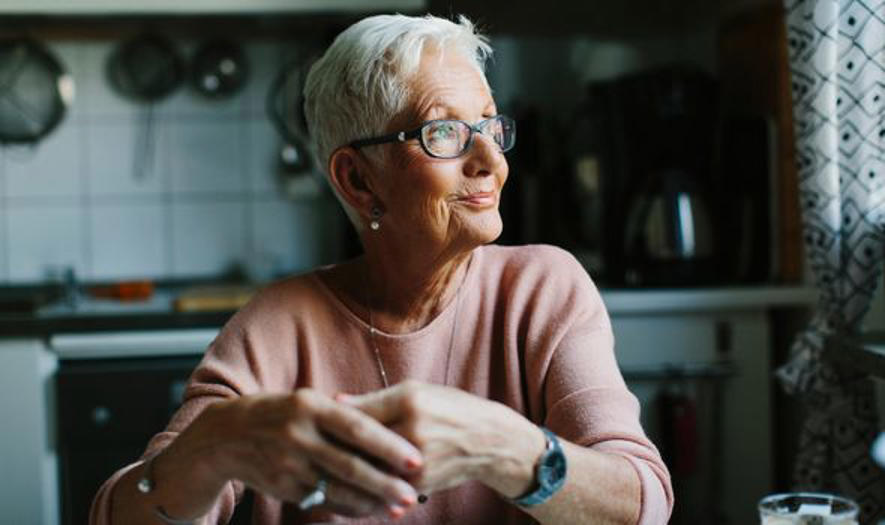 Mr Jones believes the Government might not stop there, and could extend National Insurance to cover pensions and savings.

He said: “After that, the next logical step would see National Insurance extended to income generated from pensions and savings, if it exceeds the personal allowance after being added to the State Pension.

“Politicians could sneak that through under the guise of intergenerational fairness.”

Any further tax changes will be announced in the Chancellor’s Budget on October 27, 2021.

INTERVIEW: Francesca Scarpa, Da Paolo Group Head of Marketing — “Legacy is the story you leave behind”

'I only played a Jew… I dread to think what would happen if I WAS Jewish': Actor Eddie Marsan tells of torrent of vile anti-Semitic abuse he received after role as activist who battled neo-Nazis

Philips fears Christmas 'chips and ships' crisis: Tech giant warns of less choice for festive shoppers because of microchips shortage and delivery issues that could knock £170million from its global sales

Homeless charity Focus Ireland is preparing to step in and pay a ‘materially higher’ price for 16 houses even though Limerick Council signed a contract for the homes last year ... Read more »

© Kelvin Kuo-USA TODAY Sports The Portland Timbers’ mighty unbeaten run has finally come to an ignominious end. Like all good things, the steak was eventually going to conclude. And ... Read more »

Universities want the release of Leaving Cert results brought forward to the end of June, within three years. They say that more continuous assessment of students and less reliance on ... Read more »

It looks as if the HSE will struggle to protect hundreds of thousands of people with booster Covid-19 shots who may have waning immunity as the cases of the virus ... Read more »

The Government is progressing its joint bid with the UK to host the World Cup in 2030. The Cabinet will today discuss the campaign to hold the tournament across the ... Read more »

© YOSHI IWAMOTO Hideki Matsuyama will be the focus of intense home interest at the Zozo Championship The US PGA Tour returns to Asia for the first time since the ... Read more »

© AFP A man cycles past the city skyline in Singapore on Wednesday. Photo: AFP Fully vaccinated travellers from eight countries can enter Singapore without quarantine from Tuesday, as the ... Read more »

Wake Forest police say an officer who broke a car window and removed a driver Friday afternoon did so after she almost struck an officer, ran a stop sign and ... Read more »

A war of words escalated into actual combat just steps from the Bronx boyhood home of the late Colin Powell Monday afternoon, authorities said. Cops closed in as one man ... Read more »

© Provided by Dot Esports The version 13.0 update for Super Smash Bros. Ultimate is now live, which fittingly adds Sora and additional content from the Kingdom Hearts franchise to ... Read more »

Chicago police officer shot on Near North Side, injuries not life-threatening, suspect in custody, authorities say

A Chicago police officer was shot in the Goose Island neighborhood Monday afternoon, authorities said. Paramedics were called to the 1000 block of West North Avenue about 3:30 p.m., Fire ... Read more »

Almost $500 million will be spent to help people fleeing domestic violence in NSW as part of a landmark investment to tackle the leading cause of homelessness for women and ... Read more »

Inside the distraught family of Cleo Smith as search continues

© Provided by Daily Mail MailOnline logo The distraught family of little Cleo Smith are still without any answers as to her mysterious disappearance that has captured the attention of ... Read more »

World No.1 Novak Djokovic says he doesn’t know if he will defend his title at the Australian Open in January, citing continuing concerns over COVID-19 restrictions. Djokovic, who would be ... Read more »

Islanders on brink of getting a Matt Martin boost

Matt Martin is likely to return to the Islanders’ Identity Line on Tuesday night against the Blackhawks after missing the first two games of the season with injury. Martin said ... Read more »

Taylor Lewan gives thumbs up while being carted off

© Provided by NBC Sports Titans left tackle Taylor Lewan was injured with 4:54 remaining in the second quarter. Lewan did not appear to move after he tried to dive ... Read more »

How the spirit of Capt Speedy landed in an unholy row

HCL Technologies is aiming for a strong showing in the third quarter of financial year 2022 on the back of keenly anticipated deal closures in its products business along with ... Read more »

Nifty futures on the Singapore Exchange traded 52.5 points, or 0.28 per cent higher at 18,538.50, signaling that Dalal Street was headed for a positive start on Tuesday. Here are ... Read more »

Passenger vehicle makers could lose 250,000-450,000 units in sales, dragging down annual volumes in this calendar year, with the shortage of semiconductors severely disrupting production at leading manufacturers in the ... Read more »

Vi, Airtel and Jio get time till October 29 to take call on going for 4-year moratorium

The telecom department has given Vodafone Idea , Bharti Airtel and Reliance Jio till October 29 to decide whether they would opt for a four-year payment moratorium which runs from ... Read more »

A 16-year-old boy will appear in court in Glasgow on Tuesday charged in connection with the death of another teenager in the city centre. Jason McLaughlin, 14, was found seriously ... Read more »

Policeman in speeding car runs over two girls, one dies

© Provided by The Indian Express In the blink of an eye, the life of a young girl was cut short while another was seriously injured when a speeding vehicle, ... Read more »

© Provided by DNA Today, we have a very important question. Can you call someone an immigrant in your own country? Can’t you go for employment in any other state ... Read more »

© Provided by The Indian Express To help residents of the state get quick and transparent service delivery of public works on a single day, Chief Minister Charanjit Singh Channi ... Read more »

© Getty Images The report comes with COP26 only days away – Getty Images 40 per cent of Brits believe that the UK’s world standing would decrease if it fails ... Read more »

Destiny 2 players are annoyed with the current glimmer economy

Destiny 2 is one of those games with countless currency items that you use to upgrade and buy things within the game’s world. One of those currencies happens to be ... Read more »

© Provided by ABC NEWS The search for Cleo Smith, entering its fourth day, has so far failed to find any sign of her. (Facebook: Ellie Smith) The land search ... Read more »

NYC's murder surge is on the pols, not the pandemic — and they must act

US envoy to Afghanistan resigns in wake of chaotic withdrawal

‘Utterly his own right' for Scott Morrison to commit to net zero, Barnaby Joyce says

Targeted killings of civilians: Many migrants in Kashmir flee; others living in fear

Genshin Impact: Predator – how to get it, stats, and ascension materials