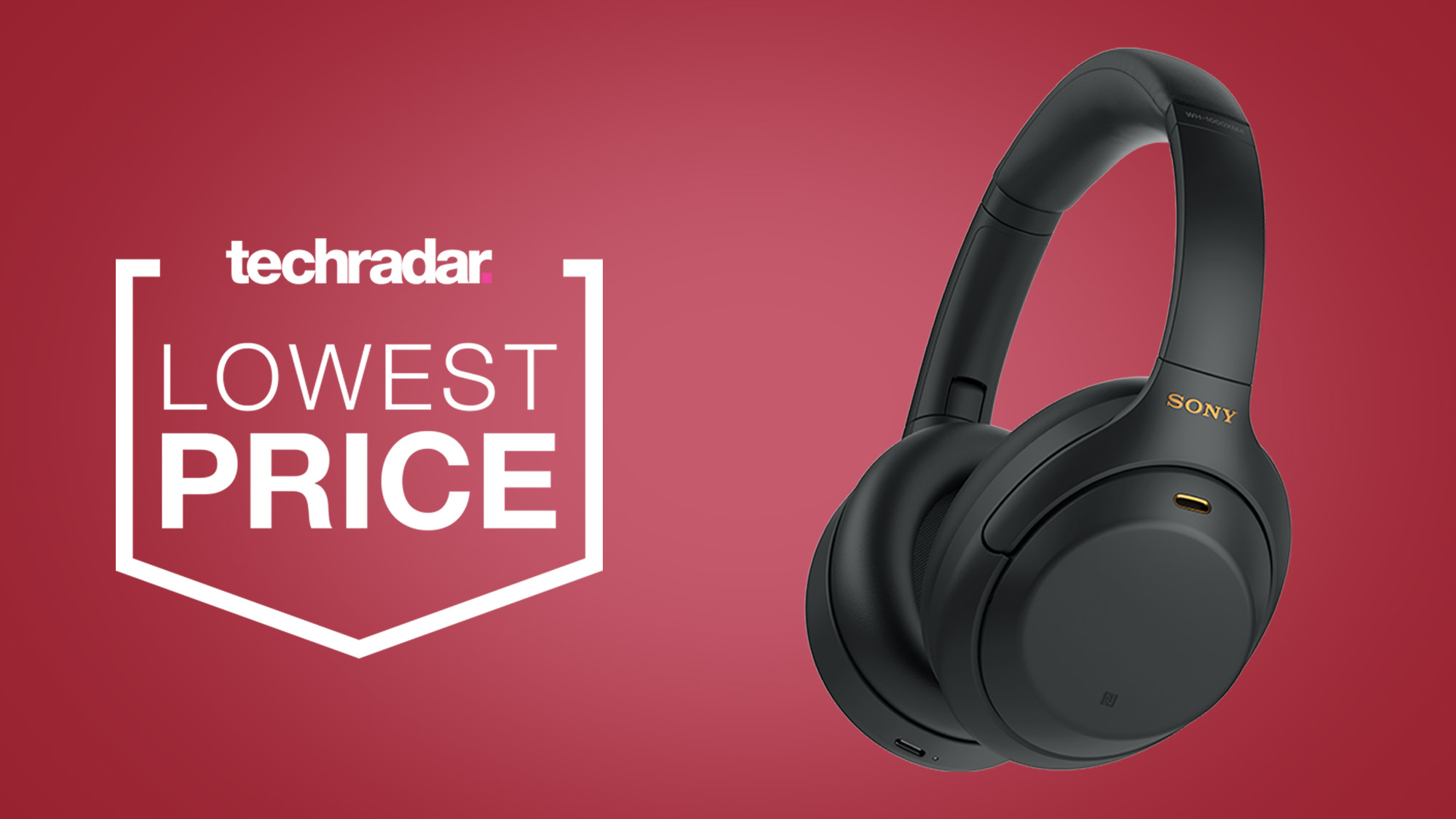 We’d already picked out the Sony WH-1000XM4s as one of the hottest items to look out for in this year’s Black Friday deals. It seems Amazon was listening, as the retailer has the lowest price yet on some of the best noise-cancelling headphones you can buy thanks to their excellent noise cancellation and superior sound quality.

The Sony WH-1000XM4s are now just $248 (was $349) as part of the Epic Amazon Deals promotion. This latest discount of over $100 marks the biggest price cut we’ve seen on the top-rated Sony headphones. The last (and only) time we saw them fall so low was during this year’s Amazon Prime Day. Before that, a reduction to $278 was the best price you could find.

A new addition to this Sony WH-1000XM4 deal, though, is the possibility of 10% cashback if you’re an Amazon Prime member and pay with an Amazon Prime Card. With that extra money off, we truly haven’t seen the top Sony headphones for anything less. 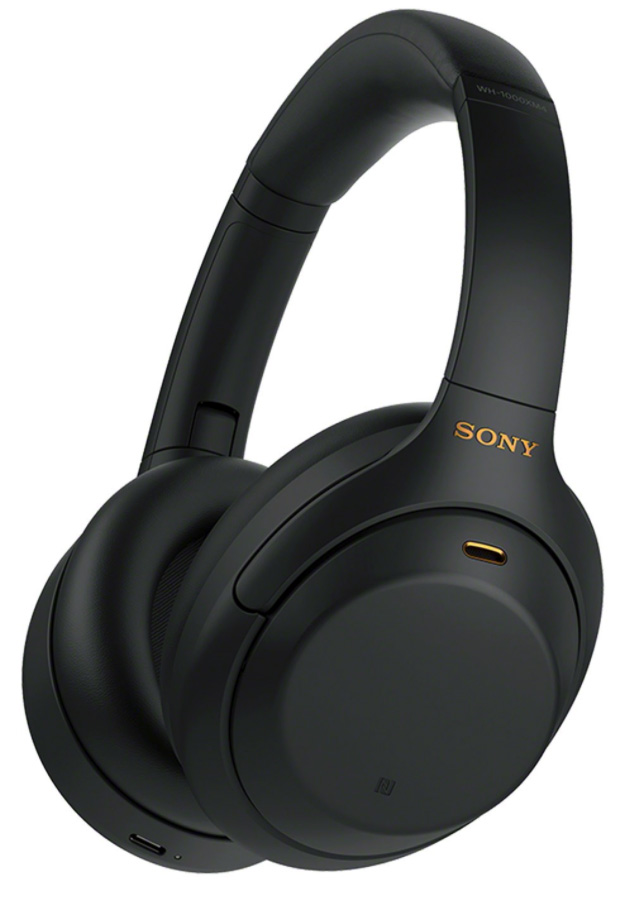 Sony WH-1000XM4: $248 at Amazon
Save $102 – The Sony WH-1000XM4s are generally considered to be one of the best pairs of noise-cancelling wireless headphones you can buy, so you’ll want to snap up this record low price while you can. Previously, they had only been reduced by around $70, but this current discount matches the deal we saw during this year’s Amazon Prime Day. It’s a terrific price so don’t miss out.
View Deal

As we reach the midpoint of October we’re starting to see more and more early Black Friday deals at various stores. The prelude to the massive Amazon Black Friday sale, the Epic Deals event has offered a steady stream of discounted tech throughout October.

No worries if you’re not ready to make a purchase just yet. We’re following all the best Sony WH-1000XM4 Black Friday deals this year and will keep you up to date with all the cheapest prices.

For other options, why not have a browse through all the Black Friday headphone deals we’re expecting to see this year or some of the top offers available below.

<div data-image="https://cdn.mos.cms.futurecdn.net/yzMPgWpaqf99iQsW3g9ALY-200-100.jpg" data-link="https://www2.smartbrief.com/rest/lp-proxy/landing-pages/449d3e27-d784-454c-b144-80ed08c45513?source=SRC" data-link-text="View Deal" data-webp-image="https://cdn.mos.cms.futurecdn.net/yzMPgWpaqf99iQsW3g9ALY-200-100.jpg.webp" data-widget-introduction=" How to capture new audiences in multi-use venues? All of us are experiencing unprecedented cancellations and delays of events right now. But not ... Read more »

The offside rule is one of the most controversial and complex laws of soccer. Due to the many factors involved, it’s hard to judge an offside call accurately for referees ... Read more »

FILE – A view of the Stellantis logo on a building of the historic Mirafiori headquarters in Turin, Italy, Jan. 18, 2021. The Stellantis carmaker has secured a five-year supply ... Read more »

Our health is affected by the combination of nutrients foods contain. New Africa/ Shutterstock Heart disease is a major cause of death worldwide – responsible for some 9 million deaths ... Read more »

Gaming laptop Cyber Monday deal 2021: Save £270 on this HP Pavilion that comes with a mouse and headset

Play all of the latest PC games and multitask with ease (The Independent) Black Friday might beb coming to an end but there are still plenty of great deals to ... Read more »

© Provided by The Scotsman Android users are being warned to check and update their phones’ privacy settings after a new update could leave their devices vulnerable. The Android 12 ... Read more »

A new study urges quicker brain imaging for patients due to a larger than expected number of people suffering strokes and brain haemorrhages. Read more »

Apple may have some big wireless charging plans for its devices

The AirPower has been a rather curious ‘device’ from the house of Apple. It made a fleeting — but left a lasting impression — appearance during the launch of the ... Read more »

NEW DELHI: Huawei is reportedly working on a new smartwatch. Likely to be called Huawei Watch D, the upcoming wearable of the company is said to be the first smartwatch ... Read more »

Dan Walker is through to the ‘Strictly’ quarter finals. (BBC) Dan Walker has revealed an online troll threatened to sue him for bad dancing as he shared the abusive messages ... Read more »

Omicron: why the WHO designated it a variant of concern

The World Health Organization (WHO) has announced that the B.1.1.529 lineage of Sars-CoV-2, thought to have emerged in southern Africa, is to be designated as a variant of concern (VoC) ... Read more »

Sign up from $1.13 a month with 7 best VPN deals for Cyber Monday

Cyber Monday is here. “Black Friday who?” am I right? Traditionally, it’s the big sale event to save on tech goods, and that also means it’s the perfect time to ... Read more »

Engagement isn't the future of software — so stop prioritizing it

(Black Friday) When it comes to bagging a serious bargain, there’s really no better time than Black Friday and Cyber Monday. The sales events are the biggest days in the ... Read more »

PS5 Cyber Monday deals 2021: Will there be restocks, games and accessories on sale today?

—Recommendations are independently chosen by Reviewed’s editors. Purchases you make through our links may earn us a commission. Say goodbye to frizzy hair! If you’re looking to create salon-quality styles ... Read more »

Travel in style with these great Cyber Monday hoverboard deals

Cyber Monday deals have landed and that includes a number of spectacular deals on hoverboards. So if you’re looking for a powerful hoverboard or one with multi-colored LED lights we ... Read more »

Photograph: Elias Rodriguez/Getty Images Gallup survey reveals the two countries have the world’s highest levels of trust in scientists, with 62% saying they trust them ‘a lot’ As the Covid-19 ... Read more »

It is not yet clear whether the new algorithmic transparency standard will shed light on the most controversial uses of algorithms in the UK public sector. Read more »

Airtel has changed benefits offered under these prepaid plans

New Delhi: Airtel has withdrawn certain data benefit coupons it was offering through its app on some of the prepaid plans, a move it said will help “avoid any confusion” ... Read more »

Photo credit: Sara Kurfeß on Unsplash Streaming platforms have previously introduced features specifically designed to make listening to music while driving less distracting for the people behind the wheel. However, it was recently ... Read more »

Vivo is reportedly gearing up to launch a Vivo Y55s budget smartphone in China. The smartphone was previously spotted with model number V2164A on the IMEI database. Now,a listing on ... Read more »

Apple Watch goes on sale (PA Archive) After much anticipation, Black Friday is- here. Taking place on November 26 and lasting until Cyber Monday on November 29, the sales bonanza ... Read more »

Lindsay Lohan announces engagement to Bader Shammas: 'My love. My life. My family. My future.'

Lindsay Lohan has announced her engagement. (Photo: James Gourley/Getty Images) Lindsay Lohan is making some big romantic moves onscreen and off. Set to make her acting comeback in a Christmas ... Read more »

Cyber Monday: Best Wireless Earbuds For Working Out In 2021. Tested For Every Budget

So you’re back at the gym, you’re exercising more than before, and you need a little push to keep you on track. Well it just might be time to invest ... Read more »

There’s plenty of tech deals to snap up on the final day of the shopping bonanza (iStock/The Independent) Cyber Monday is in full swing and prices on our favourite smartphones, ... Read more »

(Black Friday) You’ve had it earmarked in your diary all year and now Black Friday is finally here. For those of you that may be unfamiliar with the shopping event, ... Read more »

No proposal to recognise Bitcoin as a currency: Finance Minister

New Delhi: The government has no proposal to recognise Bitcoin as a currency in the country, Finance Minister Nirmala Sitharaman said in a reply to the Lok Sabha on Monday. ... Read more »

The UK competition regulator is expected to block Meta Platforms’ acquisition of online GIF platform Giphy in the coming days, the Financial Times reported. The Competition and Markets Authority is ... Read more »

(Black Friday) Buckle up everyone. Black Friday, the shopping event of the year, is here. From Black Friday to Cyber Monday there are incredible deals to be had from TVs ... Read more »

Bharat Sanchar Nigam Limited (BSNL) has discontinued its Rs 499 Bharat Fiber broadband plan. The plan was introduced in May this year and offered 100GB of data. It offered a ... Read more »

Steam has broken its record for the most concurrent players, with numbers of PC gamers logged into the platform hitting 27,384,959, easily beating the previous all-time peak of 26.9 million ... Read more »

New Delhi: US-based ecommerce giant Amazon has infused fresh capital to the tune of Rs 650 crore into one of its India units, Amazon Wholesale (India), according to regulatory documents. ... Read more »

This new technology may be boon for pensioners across the country

Black Friday 2021 shopping was way down on previous years

Can I charge an electric car using a home plug socket?

'Tune out the world': These Sony noise-canceling wireless headphones are nearly 60 percent off for Cyber Monday

The best Bed Bath and Beyond Cyber Monday deals: Save on Dyson, Keurig and more