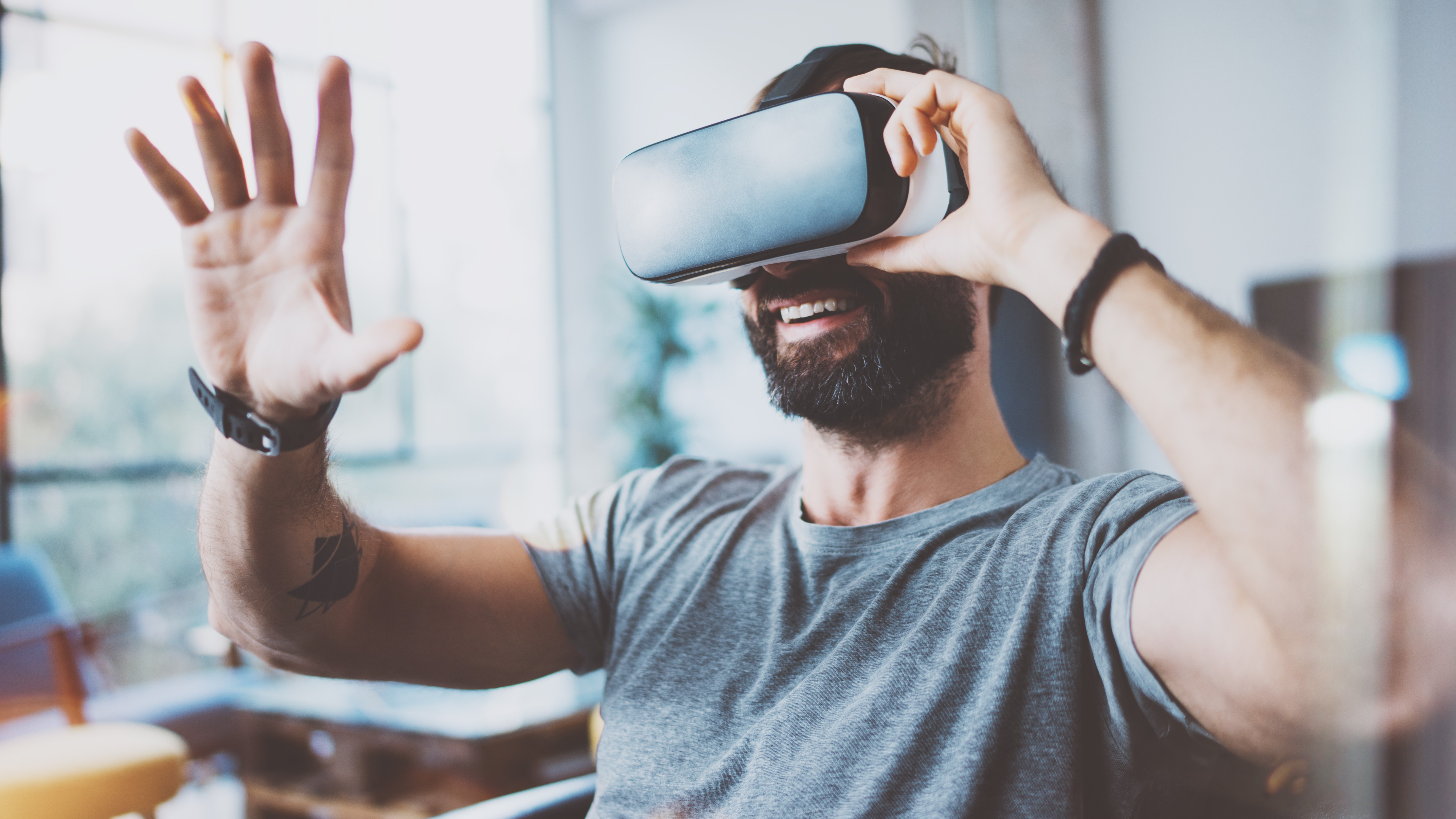 This week’s VR headset updates keep coming with the latest being a leak suggesting Sony is working on a non-PSVR 2 virtual reality device.

Earlier this week Pimax unveiled its Reality 12K headset, and it looks like a new Oculus Quest will be shown off at the Facebook Connect event on October 28.

Back to Sony though, and the latest reports indicate the Japanese firm wants to make a virtual reality device compatible with its Xperia 1 II and Xperia 1 III flagship smartphones and boasts 8K VR experiences.

Take these rumors with a pinch of salt, but the leaked images in this report are incredibly detailed and could well be official press shots, a strong indication this may in fact be real.

We’re interested to see what happens with this Sony Xperia-powered headset as right now we’re left scratching our heads for who it will appeal to.

Analysis: The Sony Xperia VR headset is doomed to fail

The headset will appeal to owners of the Sony Xperia 1 II and Xperia 1 III, however how many of those are out there?

The latest figures show that the biggest smartphone brands (such as Samsung, Google, Oppo and others) take up around 90% of the global market share – Sony competes with all other providers for a cut of that remaining 10%.

Sony’s most expensive flagships will make up only a fraction of its total sales, meaning the potential pool of users for a dedicated smartphone VR headset is incredibly small.

You might then think these VR efforts could be an attempt to bring people over to the Xperia platform and earn the Sony Xperia 1 III a spot as one of the best Android phones, but Sony’s efforts will most likely be in vain.

That’s because, as smartphones go, the Sony Xperia 1 III and its predecessor are simply overpriced. Sure it boasts an incredible battery life and display, but if you’re paying $1,299 / £1,199 (around AU$2,200) you’d expect something that’s leagues ahead of its cheaper rivals – but the Xperia 1 III simply isn’t.

A more savvy consumer could instead nab the OnePlus 9 Pro or Samsung Galaxy S21 (our picks for the number two and three best Android smartphones respectively) and the amazing Oculus Quest 2 headset, and still be leftover with plenty of cash to spare to buy titles from our best Oculus Quest games list. 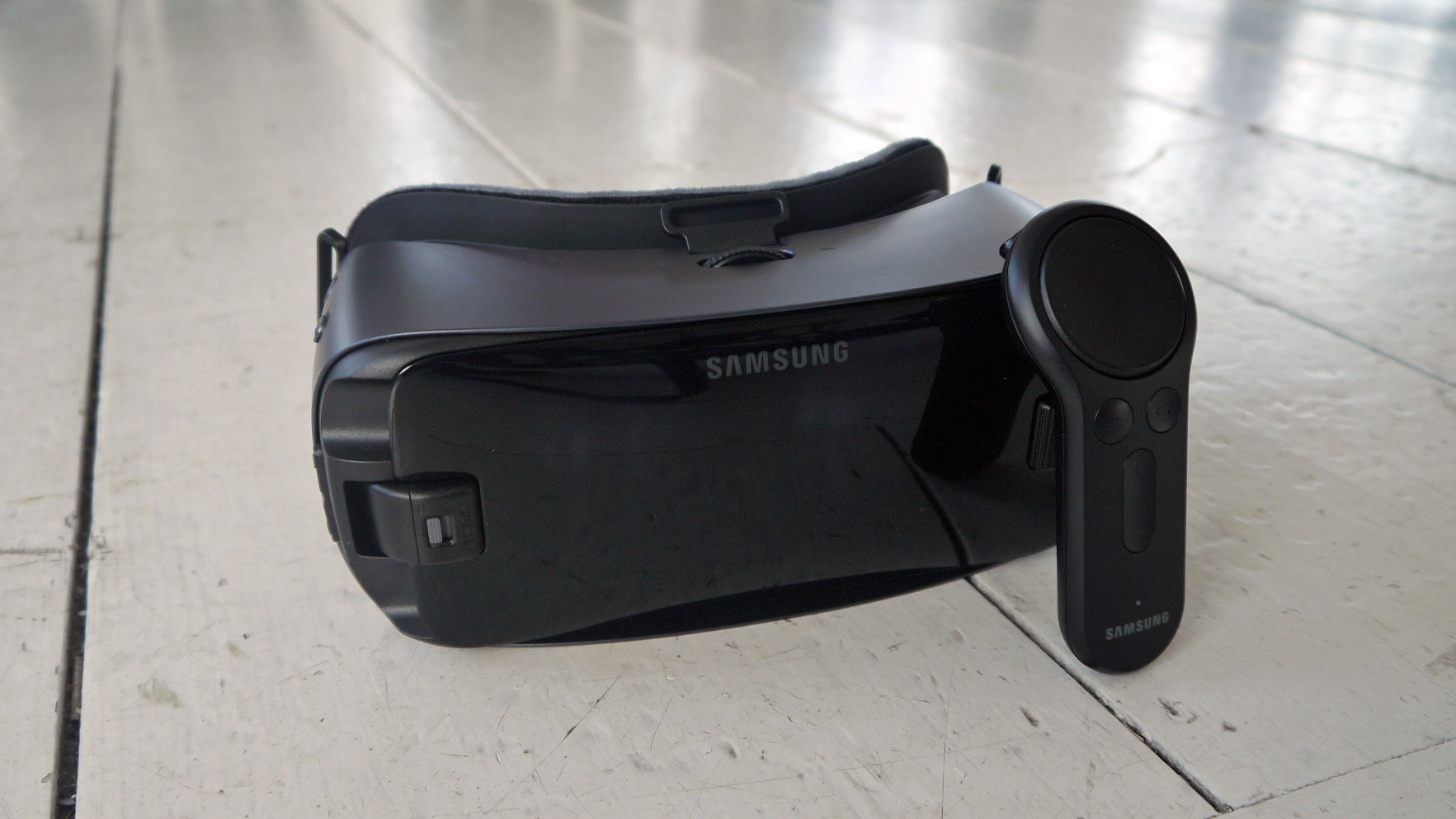 Google Daydream already tried and failed to get folks interested in mobile-powered VR, and it had the advantage of being supported by a much wider range of smartphones.

Samsung – the smartphone brand with the highest global market share – also failed with its own VR efforts; support for the Samsung Gear VR and Samsung XR service was unceremoniously ended in the middle of 2020.

Based on all the evidence, the Sony Xperia-powered headset is a flop waiting to happen.

Even if the company somehow finds a way to leverage its gaming library – including God of War and The Last of Us – we just can’t see this being more than a curiosity. Just give us PSVR 2 on the PS5 instead.

NASA unveils new weapon in the war on asteroids: An Earth-loving algorithm

UK bets on hydrogen for net-zero aviation, but will its plan work?

A year of COVID vaccines: how the UK pinned its hopes on the jab – and why those hopes are under threat

Apple's all-new AirPods Pro are in stock and on sale for $189.99 at Amazon

How AI Will Transform the Housing-Market Consumer Experience

MOSCOW -Russia fined Alphabet’s Google 9 million roubles ($121,000), a Moscow court said on Tuesday, in the latest in a string of penalties against the technology giant for failing to ... Read more »

— Recommendations are independently chosen by Reviewed’s editors. Purchases you make through our links may earn us a commission. Christmas is less than a month away, which means the holiday ... Read more »

Why Shell pulled out of the Cambo oilfield

Dabarti CGI/Shutterstock Shell has scrapped plans to invest in Cambo, a proposed oilfield off the Shetland Islands. The fossil fuel supermajor has been shedding UK assets for a while. It ... Read more »

The makers of sotrovimab say it is effective against all mutations of the Omicron coronavirus variant. (PA) British pharmaceutical giant GlaxoSmithKline says it has developed a coronavirus drug that is ... Read more »

What is the Cameo app? Prices, how to use and more explained

A world in which Kevin from The Office, Jay from the Inbetweeners, and Karl Kennedy from Neighbours rule the roost may sound like the hazy figment of a beautiful imagination, ... Read more »

A Florida jury found that Craig Wright did not owe half of 1.1 million Bitcoin to the family of David Kleiman, who was his business partner. Read more »

New data suggests Microsoft Edge is slowly beginning to lure users away from Google Chrome, which has had a stranglehold on the web browser market for years now. According to ... Read more »

This article was originally published on .  Money is a universally taboo subject. That’s why negotiating a salary is tricky, not just for fresh job-hunters, but even for those with ... Read more »

The SD card slot on the new 2021 MacBook Pro was among the most highlighted features by the company. However, it seems that some users are facing issues while using ... Read more »

Google is rolling out a new firmware update for its Pixel Buds A-Series true wireless earbuds. Droid-Life is reporting that the update brings several new features and improvements to the ... Read more »

Recently, WhatsApp rolled out multi-device feature for all beta users. The feature allows users to access the platform on multiple devices even if there is no connectivity on the main ... Read more »

Amazon’s Alexa has a new role: helping seniors and caregivers. On Tuesday, Amazon launched Alexa Together in an effort to help aging consumers and family members or friends who assist ... Read more »

We may receive commission from purchases made via links on this page. Pricing and availability are subject to change. I don’t know how these earbuds are just $16, especially given ... Read more »

Welcome back to The Ultimate Tech Hub. On today’s episode we are Reviewing a 44 Inch 50,000 BTU Outdoor Gas Fire Pit Table from ORTHLAND. The price for this beautiful ... Read more »

Earlier this month, we saw Android issue . The update enables Android users to use their mobile to lock, unlock, and even start a compatible car. The most interesting factor is ... Read more »

Proposed legislation that would ban the use of cryptocurrencies as a method of payment in India also seeks to make those who infringe the law subject to arrest without a ... Read more »

A global coalition of researchers has called on Meta to be more transparent and serious about the mental health of child and adolescent users on Facebook, Instagram and WhatsApp, as ... Read more »

The Galaxy Buds+ and the Galaxy Buds Pro were launched by Samsung a long time ago, but the company is still releasing timely updates that add new features and also ... Read more »

Dr Adrian Boyle of the Royal College of Emergency Medicine says there will be a worsening of the NHS backlog after a report found more than 13,000 hospital operations were ... Read more »

Justice Secretary Dominic Raab says he would not have gone on holiday had he known the UK would need to evacuate people from Afghanistan during the summer. But Raab, who ... Read more »

The star has lent his support to a new campaign encouraging people to get jabbed in time for Christmas. Read more »

Jos Buttler said England need to play close to their best in order to beat Australia in the first Test match of the 2021 Ashes tour. Read more »

Mark Zuckerberg might be looking out for a shiny future in the metaverse, but the company’s past mistakes continue to haunt him. Amidst the ongoing Rohingya genocide in Myanmar, a ... Read more »

The new study comes amid concerns that new variants such as Omicron can infect people who have received two vaccine doses. It's why countries like the UK are expanding the rollout of booster jabs. Read more »

We saw great deals on Fitbits during this year’s Black Friday sales, and in a great turn of events, the Fitbit Inspire 2 has returned to its Black Friday 30% ... Read more »

Over the past five years, the number of software-as-a-service (SaaS) firms have doubled in India and the SaaS firms in the country are poised to reach $30 billion in revenue ... Read more »

There were sighs of relief across the cybersecurity industry when the Emotet banking Trojans were officially taken down in January. Having affected over 47,000 computers and been responsible for at ... Read more »

Rohingya Refugees Sue Meta For $150 Billion Over Extremism On Facebook

How to choose that your WhatsApp messages only last 24 hours, 7 days or 3 months

3 Impacts of AI in the Machine Translation Industry

Amazon services down for thousands of users: Downdetector.com

Amazon's infectious new sci-fi thriller, Encounter, will get under your skin

Firefox 95 wants to keep itself safe from code security flaws

Uncharted: Legacy of Thieves Collection on PS5 and PC confirmed for 2022