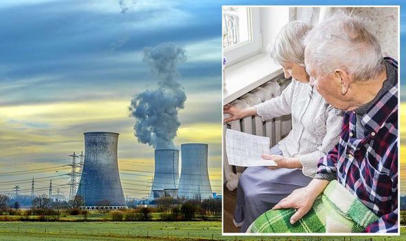 It is feared increases in the cost of living could leave the country’s poorest citizens with no spare cash for transport as they face the stark choice of heating their home or buying food. Growing worry about fuel costs and threats to supplies have spurred calls by MPs for the UK to become more self-sufficient by building more nuclear stations and potentially drilling into Britain’s gas reserves.

Dennis Reed, director of Silver Voices, warned: “An enormous number of people, not just older citizens but basically people on the edge of poverty everywhere are really going to struggle…

“There is a fear people could be pushed back into a self-imposed lockdown by default.”

National Energy Action also sounded the alarm, claiming an extra 500,000 households could be pushed into fuel poverty because of rising bills this winter and saying it will only “get even worse”.

One Conservative MP representing a former “red wall” Labour seat said: “The problem is that the eco-warriors have taken over my party.”

The NZSG states: “We are deeply concerned about the cost of Net Zero policies, in particular the burden they may place upon our poorest constituents… Urgent action is needed to protect consumers from rapidly rising electricity and gas bills.”

It wants green levies removed from energy bills and put into general taxation to “protect people from steep price rises”.

Lee Anderson, a former miner who won the Nottinghamshire seat of Ashfield for the Conservatives in 2019, said: “What this all shows is that we need to make ourselves self-reliant for energy. We need to be looking at shale gas, fracking and nuclear going forward.”

Research for the Energy and Utilities Alliance found two-thirds of respondents (66.1 percent) are worried about being able to afford to keep warm this winter. While nine in ten (95.8 percent) thought it important for the government to invest in alternative sources of energy such as zero carbon hydrogen to avoid a future gas crisis, only a quarter (24.6 percent) wanted to see gas central heating removed from homes to be replaced with electric appliances.

There is major support among Tory MPs for a new generation of nuclear stations.

Mark Jenkinson, who won the iconic Workington constituency in 2019, said: “I’m a big proponent of significantly increasing our nuclear capacity so we can bring down the cost of electricity.” 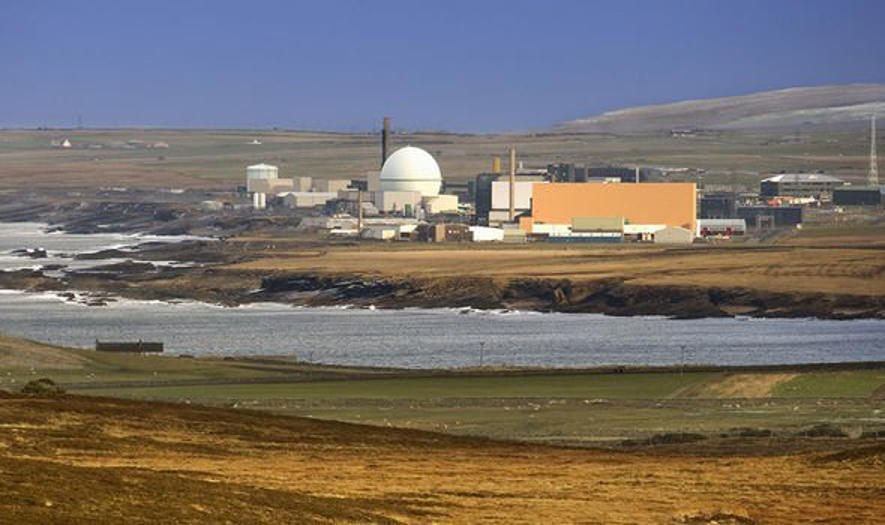 Virginia Crosbie, who turned Anglesey from red to blue in the last election, wants a new nuclear power station and other energy projects to come to her constituency.

She said: “The gas price spike has come just as people will be switching the heating on again. We urgently need to reduce our dependence on imported gas and transition to a more resilient and cost-effective energy system.

“Doubling down on our transition from fossil fuels to home-grown, zero-carbon electricity spells tremendous opportunity for constituencies like mine, Ynys Môn, where we already have nuclear expertise and an abundance of wind and waves.”

Andy Mayer of the Institute of Economic Affairs says the Government should consider its moratorium on fracking, a controversial process to extract underground gas.

He said: “It’s not going to provide an immediate solution but you could have shovel-ready projects across the north of England within a year. That would at least then provide local sources of revenue and jobs as well.”

However, Mark Logan, who took Bolton North East from Labour in 2019, stressed the measures that are in place to help people on lower incomes.

He said: “It’s right that vulnerable households are protected by the Governments extension to the energy price cap, saving 15 million UK households up to £100 per year, as well as the extension to the Warm Home Discount, meaning a further 780,000 households get £150 knocked off their bill each year.”

Stating his support for continuing the temporary £20 boost to Universal Credit payments introduced during the pandemic, he said: “I would support at least a short-term extension to the Universal Credit uplift and am confident that this government will make emergency funding available to help through difficult times.”

The concern about the impact on the cost of living comes as the respected Resolution Foundation has warned that a “typical low-income family with children could see their income fall by over £20 a week over the next six months”.

Cost of living pressures include the rise in inflation, the potential for a hike in the energy price cap and the introduction of the Health and Social Levy.

Karl Handscomb, a senior economist with the foundation, said: “Low-and-middle-income families will face the tightest squeeze. Many drivers of high inflation should be short-lived, but that will be of little comfort to families struggling over the coming weeks and months.

“While policies like the National Living Wage will deliver a welcome income boost for some, for many low-income families this won’t come close to offsetting the damage caused by cutting Universal Credit.”

A spokesman defended the Government’s green policies, saying: “Acting now will be cheaper than waiting to deal with the consequences of climate change. The costs continue to collapse as green technology advances, with solar and wind now cheaper than existing coal and gas power plants in most of the world.

“The UK economy has already grown by 78 percent whilst cutting emissions by 44 percent over the past three decades securing jobs, investment and exports across the country. At every step of our path to Net Zero, we will be guided by affordability and fairness.

“Nuclear power has a key role to play in this national effort to reduce our reliance on fossil fuels, which is why we are backing the next generation of nuclear technology with additional funding and are seeking to approve at least one more large-scale nuclear project in the next few years.”

I found out my boyfriend cheated with five women the day before his funeral, I've had so much therapy to deal with it

Read these quotes to feel relaxed

'If He Can Wear It, So Can Y'All': Salman Khan Just Wore A Pair Of High Silver Heels

Cop26: Which world leaders and celebrities will be in Glasgow?

Rishi Sunak has mistakenly called Bury Market the “world famous Burnley market” in an embarrassing interview slip up. The Tory Chancellor was speaking about his Autumn Budget on a visit ... Read more »

Oct. 28—A Pittsburgh man was jailed Wednesday on accusations that he robbed two businesses on Pittsburgh's South Side in the past two weeks, city police said. The suspect, Dakota Face, ... Read more »

Photograph: Stuart Black/Alamy Winning tip: Tavira, Algarve Even the most cold-hearted atheist cannot fail to be impressed by the 37 churches of Tavira, the small town which, thanks to a ... Read more »

Merck said Wednesday it granted the Medicines Patent Pool, a United Nations-backed nonprofit, a royalty-free license for molnupiravir, an oral antiviral COVID-19 pill that it developed with Ridgeback Biotherapeutics. Why ... Read more »

For 17 minutes, Belton police made every Black man in Cass County a shooting suspect

For 17 minutes, Belton police made every Black man in Cass County a suspect in a shooting. The initial description from police officials on Monday read: “The suspect is described ... Read more »

Age is just a number and the internet’s dancing dadi Ravi Bala Sharma has once again proved that with her dance video. The 63-year-old’s dance clips to peppy Bollywood tracks ... Read more »

Jassie Gill's new track from 'Alll Rounder' is all about love

© IANS Jassie Gill Mumbai, Oct 28 (IANS) Jassie Gill is back with an illustrious album that consists of 10 chartbusting numbers. Titled ‘Alll Rounder’ the album has a mix ... Read more »

© Provided by Pinkvilla In today’s episode, Anuj and Anupama decide to stay with a group of college students until the weather gets back to normal. Anupama praises the students ... Read more »

Ever wondered what happens when the world of fashion meets the world of technology? Well, the outcome is sheer innovation! Allow us to tell you how.  In today’s fast-changing scenario ... Read more »

Gattimela, 28 October 2021, Written Update: Kanta challenges the girls for a dance off

© Provided by Pinkvilla In today’s episode of Gattimela, Amulya runs and pushes a vase by mistake, which lands on Vikranth’s leg. Everyone get scared, and Vikranth tells nothing happened ... Read more »

© Provided by DNA Weddings are all fun and frolic with friends and relatives of the bride-groom dancing and making merry. Music and dance are fun moments from the wedding ... Read more »

© Provided by Pinkvilla In today’s episode, Ranbir confronts Rhea about what she said to Pallavi at the breakfast table. Rhea claims that she cannot stay in the dark and ... Read more »

© Provided by Daily Mail MailOnline logo Dame Esther Rantzen has insisted the Queen, 95, is still ‘as sharp as a needle’ and remains a ‘guiding star’ as she appeared ... Read more »

Benefit claimants may be eligible for future savings windfall

BEIJING/SHANGHAI (Reuters) – Agricultural Bank of China Ltd (AgBank), the country’s third-biggest lender by assets, reported a 14% increase in third-quarter profit as banks steadily recover from the impact of ... Read more »

Brexit fishing rights row: what is the dispute about and what happens next?

Photograph: Sameer Al-Doumy/AFP/Getty Images For much of the year, British and French ministers have traded threats and accusations over post-Brexit arrangements for fishing waters. But the row now appears to ... Read more »

4TH & Reckless have revealed their new collection with influencer Elsa Hosk and we want it all. The chic and effortless collection; A Life Less Ordinary is available to buy ... Read more »

WITH Christmas markets cancelled last year due to lockdown, Brits will be out in force this festive season to make up for lost time. Major towns and cities all over ... Read more »

TEACHER Rachel Smith ditched holidays, trips and nights out with mates to put £2,000 towards the deposit needed for her £120,000 first home. The 37-year-old outdoor enthusiast had to put ... Read more »

© Provided by Pinkvilla Popular comedian-actor Kapil Sharma is a well-known celebrity in the entertainment world. Today, he enjoys a massive fan following on social media. He has been hosting ... Read more »

Chantel Thorn, 23, from Australia, recalled how  she first met her ex's motherRemembered she was  15 and her ex-boyfriend was about to turn 18 weeks laterSaid the duoe attempted to persuade her to let him be unfaithful for his birthday Read more »

Man, 41, charged with animal cruelty after kicking dog at Melbourne rallyRSPCA Victoria tracked down the man five weeks after anti-vaccine protestsThe accused could face up to one year in prison and a $45k fine if found guiltyFootage of the man kicking a leashed dog sparked multiple reports to the RSPCA Read more »

EXCLUSIVE: Boozy cocktail party with STRING QUARTET of bosses whose consultancy firm pocketed £28 million in Test and Trace cash - as it is revealed under-fire £37bn service still has nearly 2,000 consultants paid up to £6,600 A DAY

Boston Consulting Group - paid £28million - held a boozy party this monthImages of the lavish bash showed scores of cocktails and string quartetUnfortunate timing meant two weeks later the spend on the company was slatedPublic Accounts Committee said NHS Test and Trace system failed objectiveIt said it had not 'broken chains of COVID-19 transmission' as it had intendedThe PAC said it was 'overly reliant on expensive contractors and temporary staff'BCG declined to comment when contacted by MailOnline over the partyLord John Mann said they should 'hang heads in shame' and give money backWere you at the venue during the party? E-mail: dan.sales@mailonline.co.uk  Read more »

Video: Woman claims her boyfriend and his MOTHER asked her to 'let him cheat' on his 18th birthday night out because he deserved the full experience of 'picking up girls' at a club

© Provided by Hello! kelly-ripa-son-michael-rare-appearance Kelly Ripa‘s children have grown up on their mom’s daytime TV show, Live with Kelly and Ryan, and made many adorable appearances when they were ... Read more »

Counting CO2 is hard and expensive, but tech firms think they have a solution

Barcelona set to turn to Xavi to replace fired Koeman

'We can't remain shut behind the walls of Fortress New Zealand'