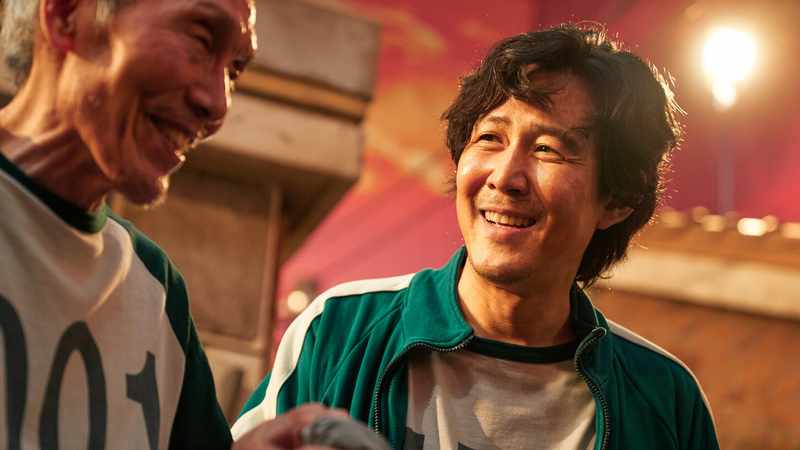 So like millions of people around the world, “Squid Game” was the first South Korean drama you watched. And now, you have been sucked into a world of curiosity and need to know what next to watch. Worry not, I am here to help.

When “Squid Game” launched on Netflix this year, no one could have anticipated that it would go on to break world records.

Created by Hwang Dong-hyuk for Netflix, The series revolves around a contest where 456 players, all of whom are in deep financial debt, risk their lives to play a series of deadly children’s games for the chance to win a ₩45.6 billion prize.

The title of the series draws from a similarly named Korean children’s game.

It reached number one in 94 countries, including the United States and the United Kingdom.

While “Squid Game” introduced us to a Korean children’s game, other popular K-Drama’s have introduced viewers the world over to Korean food, drinks, music and culture.

The Korean fantasy does not stop at “Squid Game”, here is a list of other K-Drama’s you can get into.

Be warned though, this particular genre of shows can be addictive and if after a few series you want to visit South Korea, airfares are on you.

Crash Landing On You

This is where it all started for me. Starring Hyun Bin, Son Ye-jin, Kim Jung-hyun and Seo Ji-hye.

“CLOY” is about a successful South Korean businesswoman and chaebol heiress who, while paragliding in Seoul, South Korea, is swept up in a sudden storm, crash-lands in the North Korean portion of the DMZ, and meets an army captain in the Korean People’s Army who decides he will help her hide.

Over time, they fall in love, despite the divide and dispute between their respective countries. This series is so good I watched it twice.

Lee Young-joon (played by Park Seo-joon) is the vice-chairman of a major corporation.

His world is shaken when, one day, his highly-capable secretary, Kim Mi-so ( played by Park Min-young), announces that she will resign from her position after working for Lee Young-joon for nine years.

Young-joon then decides to do whatever he can after talking to his best friend, who happens to be a board director in his company, to make sure Mi-so stays by his side.

With a number of twists and turns, this show is as unpredictable as most K-Dramas.

A little bit of escapism into the world of the ultra-rich never hurt anyone.

The series takes a glimpse into the high society lifestyle and follows strong and ambitious women who are trying to find the real ‘mine’.

The series is dramatic from the first episode and a major highlight is the fashion. The wardrobe department spared no costs.

“Hellbound” is a dark fantasy series directed by Yeon Sang-ho, based on his own webtoon of the same name.

The series is an original Netflix release about supernatural beings appearing out of nowhere to condemn people to Hell.

It stars Yoo Ah-in, Kim Hyun-joo, Park Jeong-min, Won Jin-ah and Yang Ik-june. The series is currently at the top of the most-watched series on Netflix.

It’s Okay to Not Be Okay

In this fairy tale, an empathetic health care worker (played by Kim Soo-hyun) with a tragic past meets a children’s book author (played by Seo Yea-ji) with a personality disorder.

As the two get to know each other, they form a slow-burning romance that helps them both emotionally heal and move forward.

The New York Times named this romantic drama series one of “The Best International Shows of 2020.”

At the age of eight, Park Joo-hyung (Song Joong-ki) was adopted by an Italian family.

He later joins the mafia and is adopted by Don Fabio, head of the Cassano Family.

Renamed “Vincenzo Cassano” he becomes a lawyer, a consigliere for the mafia, and Don Fabio’s right-hand man. After Fabio dies, Paolo, Fabio’s biological son and the new leader of the Cassano Family attempts to kill Vincenzo.

He then flees to Seoul and sets out to recover 1.5 tons of gold that he helped a recently-dead Chinese tycoon secretly stash within the basement of Geumga Plaza.

Department has no money to pay for scholar transport

Pitso Mosimane reveals which EPL manager he ‘admires' the most!

© Provided by GamePur When players talk about Valorant and other first-person shooters, one of the topics to come up is Field of View (FOV). FOV is an important aspect ... Read more »

EXPLAINER: Are Turkey's efforts to fix the economy working?

The Associated PressA man pulls a trolley with goods in a commercial area in Istanbul, Turkey, Wednesday, Jan. 12, 2022. Turkey’s government and central bank have taken a series of ... Read more »

Here's how you can naturally increase your hemoglobin levels at home

Deficiency of various elements tend to have a significant impact on human health. Low haemoglobin count is a common problem faced by millions of people across the globe, and most ... Read more »

Kubbra Sait nails yoga asanas like a boss, ‘one stretch at a time'

© Provided by The Indian Express Deep stretches, that help build stamina and strengthen the spine, form an integral part of yoga. As such, is it only beneficial to practice ... Read more »

Glute isolation exercises to add to your next butt workout

© Provided by Lifestyle Asia If you’ve ever sought out a butt-focused workout in hopes of focusing on growing your peach, you’re certainly not alone. The hashtag #gluteworkout spans more ... Read more »

© PA Images Celebrations from Rafael Nadal He has massive biceps, but Rafael Nadal doesn’t spend too much time in the gym with the 20-time Grand Slam winner saying he ... Read more »

AS he is about to wrap his life in politics when he steps down from office several months from now, President Rodrigo Duterte repeated his appeal to the people to ... Read more »

Palace says Sinopharm booster had no side effects on Duterte

Pres. Rodrigo Duterte at Jan. 17, 2022 briefing President Rodrigo Duterte did not experience adverse effects after getting a Sinopharm booster shot against COVID-19 even if there is no data ... Read more »

This garlic confit recipe is spreadable, smashable and can be used in multiple recipes

© Provided by Lifestyle Asia If you’re someone who loves garlic, this one’s for you! Check out this super delicious garlic confit recipe and all the amazing ways you can ... Read more »

Reality+ by David J Chalmers review – are we living in a simulation?

© Provided by The Guardian Photograph: Album/Alamy In the Wachowskis’ 1999 film The Matrix, the humdrum life of the central character Neo is revealed to be an illusion. His green-tinted ... Read more »

© Provided by The Guardian Photograph: Ryan Dorgan/AP Expanding national parks and protected areas will not be enough to halt the destruction of nature, warn leading scientists, who say urgent ... Read more »

‘We could be in a bad place', 'Same old West Ham' - Lots of Irons fans flock to exit latest

© SONNY TUMBELAKA More than 200 people were killed in the 2002 Bali bombings, the deadliest attack in Indonesia’s history An Indonesian court sentenced an Al-Qaeda-linked Islamist militant to 15 ... Read more »

Sir Alex Ferguson rarely lost his cool on the touchline. The legendary manager is famous for giving his players the ‘hairdryer treatment’ in the dressing room and on the training ... Read more »

EastEnders may have dropped a major hint about how Gray Atkins will be exposed for the murders of Tina Carter and Chantelle Atkins soon. The character issued a chilling threat ... Read more »

Weibo users are backing Beijing's claim that it received Omicron via Canadian mail, saying an 'ugly nation' sent them 'poison'

© Ma Jian/VCG via Getty Images China has been beset by a series of COVID-19 outbreaks as it struggles to rid its lands of the virus completely, and now it’s ... Read more »

Around 2,000 small animals including hamsters will be culled after several of the rodents tested positive for COVID-19 at a pet store in Hong Kong. The city's authorities announced the ... Read more »

© Provided by Zee News Kanpur: A family in New Jersey in the US managed to thwart a burglary attempt in their house in Kanpur by watching the CCTV footage ... Read more »

Dozens of pet owners in Yorkshire have claimed that their dogs are coming down with vomiting and diarrhoea after suffering from a “mystery illness.” © Getty Images Representative: A local ... Read more »

The Office for National Statistics said inflation rose to 5.4 percent in December from 5.1 percent in November. This is well above the Bank of England’s target of 2 percent. ... Read more »

Claim your own tax rebates, Which? warns, as payers lose thousands to refund firms

Taxpayers are being warned off using third parties to claim rebates, as they could forfeit up to half the money owed in fees. © PA Archive HMRC is waiving late filing ... Read more »

© EWN Prospective students at Wits University on 9 January 2018. JOHANNESBURG – With matric results being released from Wednesday morning, many young people are having to make tough decisions ... Read more »

How UAE businesses are leading the sustainability charge

Has Mumbai, Delhi, Kolkata moved past the Covid-19 peak? Here's what data says

Adityanath Effect? In a First, Akhilesh Yadav to Contest UP Polls, May Fight from Azamgarh: Sources