A score of Newcastle United fans have taken to Twitter to react to caretaker manager Graeme Jones making his managerial debut today.

Newcastle kick off the post-Steve Bruce era with a trip to south London to take on Patrick Vieira’s Crystal Palace in a 3pm kick-off, and many fans were talking about the fresh face in the dugout.

Bruce’s former no. 2 Jones, a boyhood Newcastle fan, has been appointed as manager on an interim basis and will oversee at least the next two games for Newcastle.

Jones has already undertaken a number of media duties as he introduces himself more intimately to his fellow fans.

Where will Newcastle United finish in the Premier League this season?

© Provided by This is Futbol Top four Vote

© Provided by This is Futbol 5th-10th Vote Many Newcastle fans were curious as they took to social media to over their thought on him.

What have some Newcastle fans been saying?

“Helped the gaffer tactically… should we be worried?”

“He can only help at the time, but it was Steve’s final word, now he has full control which will be a massive difference.”

“Not just saying it but you can tell within 5 mins that Jones is more a Newcastle fan and man than Bruce could ever claim to be.”

“Refreshing that there’s no dig at the fans.”

“Jesus, what a good interview. Every word he said was measured and passionate. Everything that Steve Bruce wasn’t. I’m actually starting to really look forward to seeing what he can do in the next 2 games”

“Wow. How well does he come across? If he gets a win soon and keeps us above 17th, I think I’d want him to keep the job for now. Considered. Honest. Interesting with actual content and very few cliches. And a Geordie.”

Palace are unbeaten at home this season with a commanding win over Spurs and impressive draws with the likes of Brentford and Leicester on top.

The Selhurst Park clash will be a real litmus test of what is to come under Jones’ short tenure, and fans will hope the feel-good optimism riding with the club can buoy the Mags to victory. 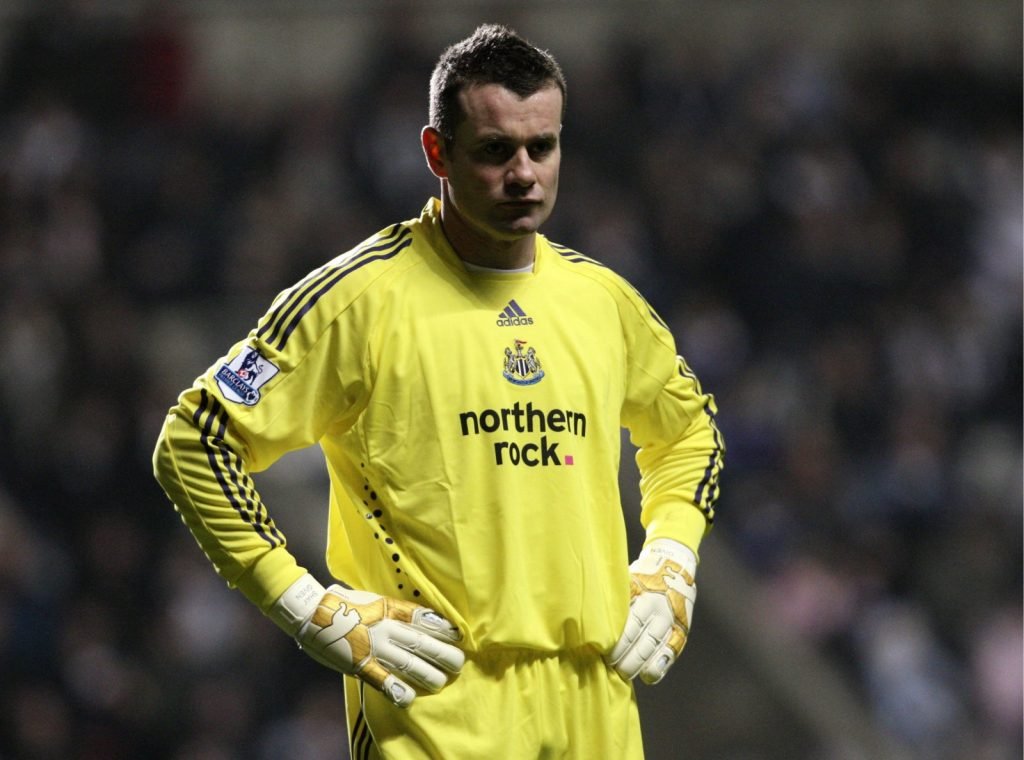 © Provided by This is Futbol

All-time top Premier League appearance maker for Newcastle, but how many did he make?

Video: Karrueche Tran flashes toned tummy in a cutout top paired with a leather wrap skirt to grab dinner with a gal pal in Santa Monica

Kurdish migrant, 21, who survived the Channel tragedy that killed 27 couldn't SWIM but floated in freezing water due to lifejacket - as his family reveals he wants to try perilous crossing AGAIN

'They're smitten!' Strictly's Giovanni Pernice 'is dating Made In Chelsea star Verity Bowditch' - a month after split from Maura Higgins

Video: Milking camels, dodging birds and Chris Hemsworth: Lauren Phillips shares moving montage of her time on Weekend Today after quitting the show to focus on her radio career

© Alex Livesey/Getty Images Sport Liverpool v Southampton – Premier League Liverpool forward Diogo Jota was the man of the moment as the Reds swept aside Southampton at Anfield on ... Read more »

© Provided by Daily Mail MailOnline logo Manchester City‘s Riyad Mahrez says it was only a matter of time before his international team-mate Said Benrahma became a success at West ... Read more »

A whole salmon fillet baked with fennel, chilli and sea salt, drizzled with a lemon verbena and clementine vodka glaze and served with a dill creme fraiche Clementines transport me ... Read more »

Previously unseen treasures from the charity’s history on the frontline are going on permanent display at its London HQ A quilt stitched with coded messages by allied female prisoners of ... Read more »

Rivalry weekend came and went in the 2021 college football season and it was an absolute doozie. Michigan getting by Ohio State after a decade-straight of losing to their rival ... Read more »

© PA Images Tottenham manager Antonio Conte during his first match in charge in 2021 Antonio Conte has admitted that he expects to have to be more patient at Tottenham ... Read more »

© Provided by Independent Online (IOL) Cape Town – The International Tennis Federation (ITF) events scheduled to start next week in Potchefstroom have been postponed, following travel restrictions that will ... Read more »

The UK is boldly paving the way towards a net zero economy by investing heavily in renewable energy sources and green technologies. Last month, the Government said it had already ... Read more »

In a huge win for Brexit Britain, Royal Dutch Shell is scrapping its dual share structure and moving its head office to the UK from the Netherlands. The company is ... Read more »

Devin Booker (right) did most of his damage in the first and third quarters. LOS ANGELES (AFP) – Devin Booker scored 30 points and the Phoenix Suns led wire-to-wire to ... Read more »

Oculus quest 2 Black Friday deals 2021: Get a £50 voucher with the virtual reality headset at Currys

The brand’s latest addition to the VR world is now on offer (The Independent) Now that Black Friday 2021 is upon us, we’re all after the best tech deals, including ... Read more »

Photograph: Gonzalo Fuentes/Reuters To solve the crisis in the Channel, both countries must work together. Lives are being lost It is a sad law of politics that just because a ... Read more »

Frazier Shipping Up To Seattle

The App is Back! Don’t forget to download the NBC Sports EDGE app to receive real-time player news, mobile alerts and track your favorite players. Plus, now you can check ... Read more »

Jo Malone Black Friday 2021: How to get a free gift set in the sale

Get some scentsational bargains from the British brand (iStock/The Independent) Black Friday 2021 is finally here right around the corner. There are sure to be deals aplenty when the big ... Read more »

© Provided by The South African Stuart Baxter is looking forward to what will be his 14th Soweto derby in the DStv Premiership as Kaizer Chiefs coach when Amakhosi face Swallows ... Read more »

Lee Bowyer spoke with the media after Birmingham City’s 1-0 victory over Blackpool. The game was settled by a late goal from Lukas Jutkiewicz, set up by debutant Jordan James. ... Read more »

'Mane's moves and Firmino work rate', 'Man if we get him' - Many LFC fans lap up transfer claim

A number of Liverpool supporters have urged the Reds to sign Leeds United star Raphinha after it was revealed that they wanted him in the summer. © Provided by Transfer ... Read more »

In 1948, an advert appeared in a Jamaican newspaper announcing that there were 300 places aboard the Empire Windrush for anyone who wanted to travel to Britain. All 300 places ... Read more »

'I'm a Kate Middleton lookalike and I travel the world with doubles of Prince William, the Queen and even Harry Potter'

Heidi Agan was working as a waitress in 2011, around the time of Prince William and Kate Middleton’s royal wedding, when the same thing started happening. Handing out drinks at ... Read more »

Life under the Heathrow flightpath from being woken up at 4.30am to being able hearing the birds sing in lockdown

Flights have started to pick up and a return to pre-pandemic levels is in sight. In some cases, there are many who are anxious. The reason for this anxiousness is ... Read more »

Brentford vs Everton live stream: How can I watch Premier League game on TV in UK today?

Bruno Lage will be without key Wolves pair for Burnley clash

Wolverhampton Wanderers will be without Daniel Podence and Ruben Neves when they welcome Burnley to Molineux on Wednesday night. Wolves had to settle for a draw, a goalless one at ... Read more »

Ben Fordham has paid tribute to former his Ninja Warrior co-star Rebecca Maddern after she sensationally quit Nine.  The radio king took to Instagram to share a story about how ... Read more »

Lokomotiv Moscow’s head of sports and development Ralf Rangnick is understood to have reached an agreement that will see him take interim charge of Manchester United. The Athletic claim that ... Read more »

Video: Lisa Wilkinson is 'front and centre' in Channel 10's latest promo for its 2022 slate after the network's highest-paid star was noticeably absent from earlier sizzle reel

Real Madrid CF completed a comfortable “revenge” victory over Sheriff Tiraspol on Wednesday and booked their spot in the Round-of-16 in the UEFA Champions League. However, there were some worrying ... Read more »

© Provided by Football FanCast botman Despite having an average squad age of 26.4, three of Wolves’ five oldest senior players are defenders. One of those is 30-year-old centre-back Willy ... Read more »

'Don't do anything hasty!' Simon Calder warns of chaos at travel agents - 'help'

Is Chelsea vs Manchester United on TV today? Kick-off time, channel and how to watch Premier League fixture

Black Friday coffee machine 2021: Save a huge 64% on this Nespresso espresso maker in Amazon's sale

What is the difference between Hanukkah and Chanukah and what do they mean?

London trains: Inside the capital's quietest railway station with just 24 passengers a day