A lot of Tottenham Hotspur fans have flocked to Twitter to share their frustrations with Harry Kane for his display in their Carabao Cup clash against Burnley. 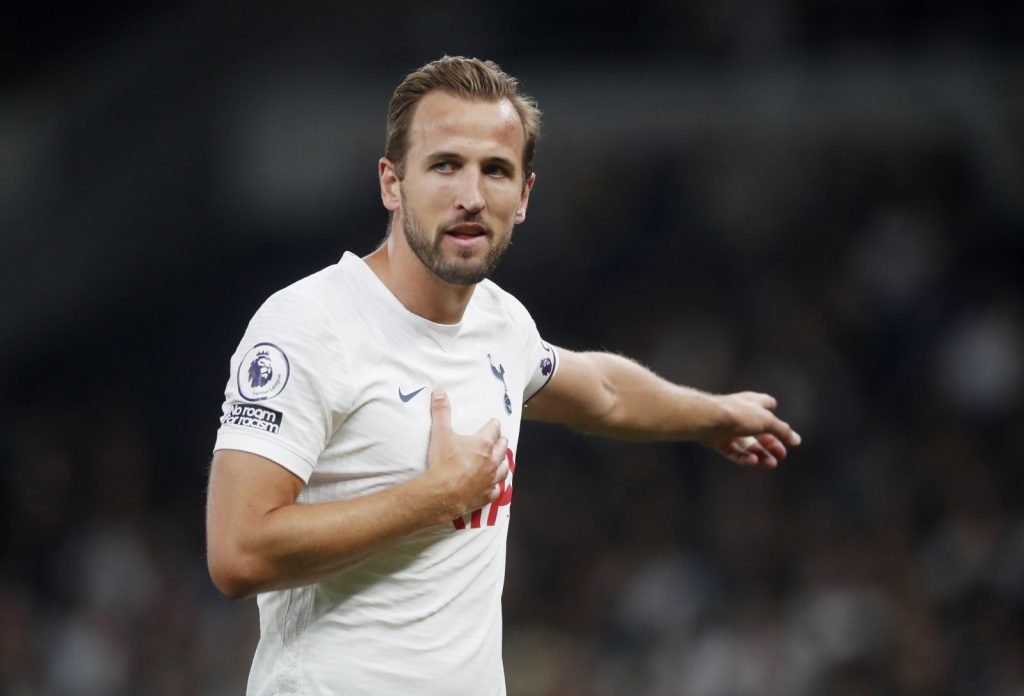 © Provided by This is Futbol Kane

The Englishman started the game for Spurs and captained the side in the absence of Hugo Lloris as he aimed to continue from where he left off in the Carabao Cup against Wolverhampton Wanderers (via Transfermarkt).

Should Spurs look to sell Kane? 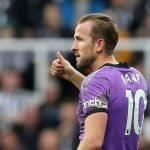 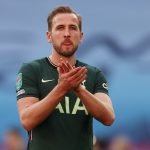 It has been far from plain sailing for the England captain this season in a Spurs shirt with just one Premier League goal to his name in his opening eight appearances.

Tottenham fans flooded to Twitter to share their frustrations with the 28-year-old for his first-half display which saw him drag an early effort well wide of Nick Pope’s far post.

What did these fans have to say?

“we can’t keep playing kane. he clearly doesn’t want to get injured and it shows”

@Abdi4z “Kane is so washed” @ikey40 “Absolutely shocking Kane.” @stevejnsthfc “Swear Harry kane misses on purpose should be 1 up”

Kane has had more success in the cup competitions this season with three goals in the Europa Conference League and two in the qualification rounds of the third-string European cup (via Transfermarkt).

However, after the early opportunity in which the talisman squandered, it appears the anger among these Spurs fans was only continuing to grow with their man who was hot property during the summer transfer window.

In other news: ‘Sackable offence’, ‘Destroying the club’ – Many Spurs fans livid as ‘crazy’ news emerges

Guardian owner switches on to Channel 4's Gurassa as next chairman

Football: Walker sent off as Man City crash in Champions League at Leipzig

‘She should have trouble sleeping. I know I do': Holocaust survivor, 86, addresses trial of 96-year-old Nazi ‘secretary of evil' accused of being accessory to more than 11,000 murders at Polish death camp

New Covid-killing steel that reduces presence of the virus by 99.75% within three hours could make it easier to disinfect mass-transit areas and crowded venues

Voices: It's raining cats and dogs – and Boris Johnson is getting soaked

Every day another minister crashes and burns. Today it was Dominic Raab

© Provided by Football FanCast Elland Road general view before Premier League clash against Watford After it was recently reported by The Athletic that the San Francisco 49ers have a deal ... Read more »

Mercedes chief Andrew Shovlin believes Lewis Hamilton may have not risked going for fastest lap at the Saudi Arabian Grand Prix had he known how damaged his front wing was. ... Read more »

The advertising signs around the perimeter of the pitch sporadically read ‘priceless’, but the only thing about this game which fit that description was the reminder of how much better ... Read more »

This content is not available due to your privacy preferences.Update your settings here to see it. Bills WR didn't like this Sean McDermott answer after loss to Pats originally appeared ... Read more »

Mbappe and Messi double up in PSG victory

Kylian Mbappe and Lionel Messi both scored twice as Paris Saint-Germain rounded out their Champions League group-stage campaign with a 4-1 thumping of Club Brugge on Tuesday. © FRANCK FIFE ... Read more »

13 Liverpool signings who were meant to be brilliant… but weren't

Liverpool‘s recent success under Jurgen Klopp has been propelled by excellent work in the transfer market – but that hasn’t always been the case at Anfield. © PA Images Alberto ... Read more »

© Provided by Football FanCast hazard eden Everton could form a formidable attacking duo after they were linked with a move for Real Madrid forward Eden Hazard as the January ... Read more »

The Countess of Wessex has warned of a rise in horrific online child sexual exploitation and abuse as she called for tech firms and politicians to do more to protect ... Read more »

Photograph: OJO Images Ltd/Alamy Man is suing Judge Salvatore Vasta after he was jailed without being found guilty of contempt, a court has heard Download the free Guardian app; get ... Read more »

Rio Ferdinand believes Ralf Rangnick has already changed Manchester United for the better and points out 'notable differences' in the win over Crystal Palace, but warns his former club 'can't get carried away'

Manchester United won 1-0 in Ralf Rangnick's first game in charge on SundayUnited kept a first Premier League clean sheet at Old Trafford this seasonRio Ferdinand believes the German has already had a major impact on UnitedUnited won possession in the final third of the pitch 12 times on Sunday, the joint-highest figure since 2013  Read more »

Multi-billionaire Australian computer scientist who claims he created Bitcoin is ordered by Florida jury to pay $100M to family of dead business partner who he cheated out of 1.1M coins in 2008

Craig Wright, who claims to be the creator of Bitcoin, was ordered by a federal jury to pay $100 million in damages to the family of a deceased business partnerThe family of David Kleiman a computer security expert who died in 2013, allege that the two both launched Bitcoin They argued that Wright owes them half of a cache of $1.1 million Bitcoin they two mined together in the cryptocurrency's early yearsThe jury only found that Wright owed $100 million in intellectual property rights violations over a joint business venture with Kleiman Named W&K Info Defense Research LLC, the venture was involved in developing software used in the early stages of Bitcoin miningThe true identity of Bitcoin creator Satoshi Nakamoto is still unknown  Read more »

Football: Mbappe and Messi on target as PSG beat Brugge 4-1 in Champions League

© Photo by Stuart MacFarlane/Arsenal FC via Getty Images Arsenal and adidas have been cranking out product left and right as of late and leaks for the 2022/23 season are ... Read more »

I am Satoshi Nakamoto: Self-proclaimed UK-based inventor of Bitcoin prevails in legal case

Nakamoto – Getty A UK-based computer scientist has declared that a victory in a court case in Florida shows he is the mysterious inventor of Bitcoin. Craig Wright, an Australian ... Read more »

Rep. Dan Crenshaw slams 'grifters in our midst' as he slams fellow Republicans Republican criticized 'performance artists' of the House Freedom Caucus who issue 'lie after lie after lie' during campaign event in TexasHe is the latest high-profile figure to take issue with GOP members who hog the headlines with outlandish claimsBut he defended Rep. Adam Kinzinger who he said voted with Trump 99 percent of the time - but is now hated by MAGA world for joining Jan 6 investigation Read more »

White House Press Secretary Jen Psaki had testy exchange with NPR's Mara Liasson about at-home testing during press briefing Monday Liasson asked why US was lagging behind other countries in offering at-home COVID tests free of charge After touting America's FDA-approved tests, Psaki mockingly asked: 'should we just send one to every American?'Medical professionals and public health experts lashed out at Psaki on Twitter, slamming her response as 'terrible' Exchange came after President Joe Biden unveiled plan to have health insurance companies reimburse consumers for the cost of at-home COVID tests   Read more »

Kyle Walker was sent off as Manchester City suffered a 2-1 defeat in their final Champions League group game at RB Leipzig. With top spot in Group A already assured, ... Read more »

Video: Tiffany Haddish, 42, shows off her toned figure in a bright orange bikini during yacht trip... after splitting from her boyfriend Common

LONDON LIONS are blazing a trail at home and in Europe during what is already shaping up to be a historic season at Copper Box Arena. Vince McAuley's ball club ... Read more »

Video: Christine Quinn is all legs in pink tweed mini dress after Chrishell Stause revealed she threatened her with legal action

PSG 4-1 Club Brugge: Kylian Mbappe and Lionel Messi score twice as Mauricio Pochettino's side deliver a scintillating attacking display to march into the last 16 of the Champions League

Kylian Mbappe and Lionel Messi score braces in a dominant win for PSGHeading into the match, PSG had already secured their place in the last 16Despite this, Mauricio Pochettino named a strong side at the Parc des PrincesClub Brugge finish bottom of the group, and miss out on a Europa League spot  Read more »

“When they get the ball close to the box, my friend, you decide whatever you want. That’s why you are Jack Grealish and not another player.” When lingering doubts began ... Read more »

What TV channel is the Ashes on? Watch Australia vs England on BT Sport

'Omicron', 'Cheugy' and 'Billie Eilish' are among 2021's most mispronounced words

Jake Tapper 'is poised, by a long stretch, to replace axed Chris Cuomo' at troubled CNN

Cases of anorexia among teens aged 13 to 16 jumped 65% during first wave of pandemic, study finds

Where could Kirk Cousins end up next season?