A new housing development made from cardboard is taking shape on a blackened fireground with spectacular views of Sydney Heads.

The cutting-edge, six-bedroom homes, surrounded by bushland, are affordable, quick to assemble and perfect for blended families.

There are no kitchens or bathrooms but that shouldn’t bother the native marsupials, reptiles and insects scientists hope will soon move in after surviving the devastating North Head bushfire in October last year.

Ever since a planned burn got away and tore across 54 hectares of land that shouldn’t have burnt, they’ve been largely homeless. 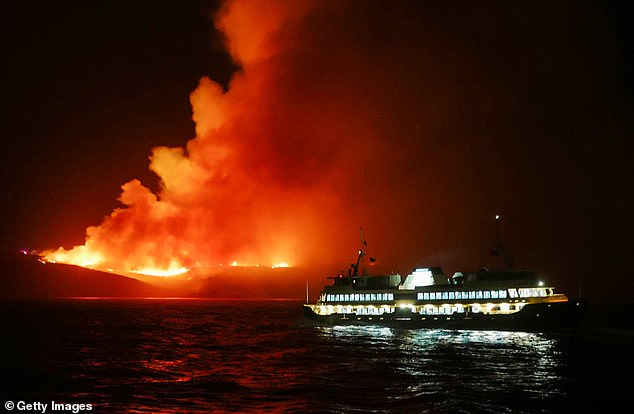 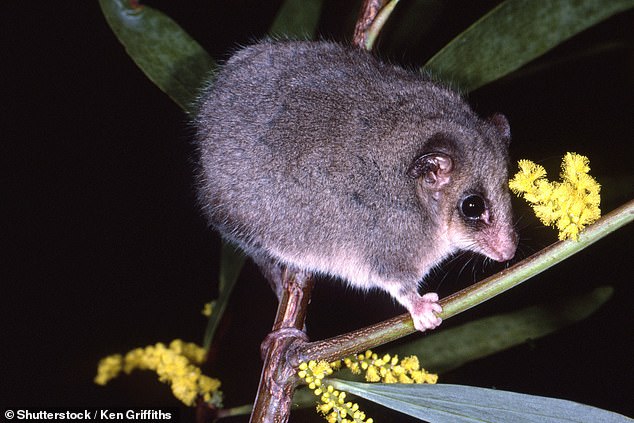 The blaze incinerated the vegetation the animals relied on for protection, leaving them at much greater risk of being picked off by predators such as birds, cats and foxes.

But Macquarie University mammal ecologist Alex Carthey has come up with an ingenious solution with the help of Melbourne designer Alex Goad, who usually spends his time making structures for artificial reefs.

Their habitat pod is a teepee-like shelter made from flat-pack cardboard that will biodegrade and vanish once it’s done its job.

It’s cheap, light and takes about five minutes to press out and assemble. It has six internal compartments, with doors of various sizes to let in everything from bandicoots, possums and bush rats to reptiles and beetles.

The smallest holes towards the top let in enough light to allow vegetation to regenerate.

If the pods are popular with the creatures of North Head, they might soon be a familiar sight in areas ravaged by bushfires, or blackened by hazard reduction burns.

Dr Carthey says predators are quick to move in after large fires because they know their prey has nowhere to hide.

“There is some shift in thinking towards maybe it’s not so much that most of them die in the fire, it’s that really dangerous post-fire period when we might lose the most animals,” she says.

“It would be awesome to be able to get that cover out immediately.

“Once we are confident in them, they could even go out with the people doing the hazard reduction burns and be dropped in the wake of the fire as it goes through.”

About 200 of the pods will be field tested at North Head, which is the site of an ambitious mammal reintroduction program run by Australian Wildlife Conservancy.

Three small mammal species that were locally extinct on North Head have been restored since 2017, including the Eastern Pygmy Possum.

Thankfully all three species have been spotted since last year’s fire, and might end up making themselves at home in the habitat pods. 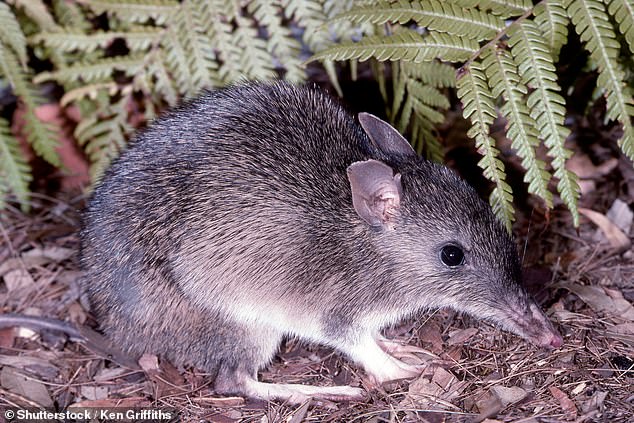 Native animals like the long-nosed bandicoot (pictured) can use the cardboard pods to take cover from predators. The pods will biodegrade and vanish once they’ve done their job

Ecologist Angela Rana has been busy assembling the pods and getting them into position and will monitor how effective they are over the next year or so.

After last year’s fire, she spent days getting refuge tunnels made from chicken wire and shade cloth into position but it was hard going. It took a lot of manpower and the devices are heavy.

She’s hopeful the habitat pods will be the lightweight, mobile, and cost-effective solution Australia needs at $25 each, a cost likely to come down with mass production.

“We could deploy them in places that are really hard to get to. There’s the potential we could use drones to deploy them,” Ms Rana said.

“If they work they could be used for bigger bushfires which, with climate change, are bound to happen.”

© Associated Press Fiorentina striker Dusan Vlahovic is interesting Arsenal Wrapping up the Arsenal transfer news, rumours and gossip in the 2022 January window. Who have Arsenal been linked with? ... Read more »

Chelsea and Tottenham Hotspur have played out some memorable football matches in recent times. One of the very best of the bunch came in 2016/17, when the two London rivals ... Read more »

Shrewsbury Town boss Steve Cotterill believes his side were the better team in his side’s loss to Bolton Wanderers and felt the winning goal came from a scuffed cross but ... Read more »

LIVE – Updated at 08:16 Boris Johnson’s deputy is insisting that the PM may have “taken a few hits” over allegations of parties held in No 10 and other government ... Read more »

Like its disreputable bedfellow the horror genre, film noir is an unruly beast – a term used to unite wildly disparate movies sharing an aesthetic philosophy that is on the ... Read more »

Kim Kardashian takes the plunge in black leather wrap as she swings by LA art gallery... after latest bout of drama with estranged husband Kanye West

Kim Kardashian took the plunge in a slinky ensemble when she was spotted heading to an event at the David Kordansky Gallery in Los Angeles this Saturday. The 41-year-old reality TV ... Read more »

© Provided by The Guardian Photograph: Gary Calton/the Observer Britain’s welfare system is “unfit for purpose” and in urgent need of reform, experts warned on Sunday amid fears that millions ... Read more »

The flying of drones for recreation has been banned in the United Arab Emirates after Yemen’s Houthi rebels claimed a fatal drone attack on an oil facility and major airport. ... Read more »

Lee Bowyer spoke with the press after Birmingham City’s 2-1 victory over Barnsley. He was asked about his side’s performance, the looming transfer deadline, the supporter protests and the performance ... Read more »

© Provided by Bills Wire The Buffalo Bills’ special team unit under Heath Farwell finished in the top 10 for the second consecutive season in Rick Gosselin’s annual rankings. In ... Read more »

Jack Grealish strolling around Wembley in wide-eyed wonder after England’s Euro 2020 triumphs was one of the most wholesome and endearing football images of last year. Childhood dreams were being ... Read more »

Francis Ngannou tells Joe Rogan he wants to go into BOXING after his stunning UFC 270 victory, saying 'It is something I MUST do before the end of my career'

Tory civil war deepens over islamophobia row: Education Secretary Nadhim Zahawi demands probe after former minister Nusrat Ghani says she was told she was being sacked because of her 'Muslimness' - but chief whip brands claim 'defamatory'

Nusrat Ghani was sacked as transport minister in February 2020 in a reshuffle She alleged that she was told by a whip her 'Muslimness was raised as an issue' Ms Ghani claimed she was told faith was 'making colleagues feel uncomfortable'  Mark Spencer identified himself as the person Ms Ghani's claims were aboutThe MP for Sherwood, 52, branded the accusations as 'false' and 'defamatory'  Read more »

Cover your ears! Disney No1 We Don't Talk About Bruno is more catchy than Let It Go

As every parent will testify, few songs have proved more appealing to youngsters than Let It Go from the Disney blockbuster Frozen. But a catchy tune from the studio’s latest ... Read more »

Video: Health boss UNLEASHES on Pauline Hanson for 'disgusting' demand for a Covid inquiry - after she called for investigation into how millions of Aussies had their 'freedom taken away'

'I am a little bit sad, but I have just arrived in this game': Ciryl Gane insists his future is still bright after suffering first loss at UFC 270 in title fight against Francis Ngannou, just THREE YEARS after pro debut

Ciryl Gane looked on course to win the UFC heavyweight title on Saturday He was cruising in first two rounds against Francis Ngannou, who fought back Champion executed unexpected wrestling dominance to win via decision Gane admitted afterwards he is disappointed but is still early in his career  Read more »

Hollywood star Rebel Wilson has gained an unlikely friendship with Sydney-based reality star, Brittany Hockley.  And Brittany shared a number of photos of herself with the star on Instagram on ... Read more »

LIVE – Updated at 08:06 The BA.2 variant of coronavirus, a lineage of Omicron, is under investigation by UK health authorities after it was found to be behind hundreds of ... Read more »

There were disturbing and unsavoury developments as Celtic enjoyed bumpy progress in the Scottish Cup with their 2-1 victory in Alloa. © Celtic’s players show concern for Callum McGregor following ... Read more »

Arsenal’s Granit Xhaka insists he ‘won’t change’, despite receiving a straight red card in the first leg of their Carabao Cup semi-final againt Liverpool. The Swiss international was dismissed for ... Read more »

Although Liverpool’s fortunes have improved recently when it comes to playing Crystal Palace, Selhurst Park is still far from a happy hunting ground for the Reds. In fact, if there ... Read more »

The January transfer window has been a slow one at the London Stadium with West Ham yet to make any major moves in the market. This is despite the fact ... Read more »

Jennifer Lopez was spotted taking her white Bentley convertible out for a spin in Los Angeles over the weekend. The 52-year-old pop star, who is currently on-again with her early ... Read more »

Honor Swinton Byrne: ‘My family could not be more different to the one in The Souvenir’

© Provided by The Guardian Photograph: Suki Dhanda/The Observer You’re an 18-year-old school leaver, working in a florist’s and all set for a stint volunteering in Africa, when your godmother ... Read more »

It rose by 5.4 percent, up from 5.1 percent in November 2021. This is the highest CPI 12-month inflation rate in the National Statistic data series which began in January ... Read more »

Tonga struggles with ash, psychological trauma after eruption and tsunami

Far-right extremists and jihadists must be punished equally, the solicitor general has said amid a rise in terror cases involving neo-Nazis. Government minister Alex Chalk QC made the comments after ... Read more »

© Provided by The Guardian Photograph: John Sibley/Reuters Early last week a call came into the office of a senior cabinet minister from one of Boris Johnson’s team at Downing ... Read more »

Dementia: The 'afternoon snack' that may increase your risk of Alzheimer's - study warning

Dementia is an umbrella term for symptoms associated with worsening brain decline. The main cause is Alzheimer’s disease, which is characterised by an abnormal build-up of proteins in and around ... Read more »

BANGKOK (Reuters) – A 49-year-old Briton was found dead at his home with knife wounds in western Thailand, and a Thai suspect was in custody, police said on Sunday. Another ... Read more »

The collective groan could be heard across the country on Thursday. It was still only breakfast time in Scotland but Andy Murray had already been knocked out of the Australian ... Read more »