© Provided by The National The photograph was taken during the International Astronautical Congress held in Dubai. ESA EarthObservation/Twitter

A European satellite has captured a remarkable image of the UAE to celebrate the world’s largest space conference taking place in Dubai this week.

The image from space, captured by the European Space Agency’s Sentinel 3 satellite, was posted on Twitter on Thursday.

The agency described the picture as “a Sentinel 3 view of the Dubai area, where the International Astronautical Congress is currently taking place”.

It is the first time an Arab country is hosting the International Astronautical Congress, which was first held in 1950.

More than 4,000 visitors from all over the world are attending the five-day event, which is at the Dubai World Trade Centre until October 29.

Heads of some of the biggest space agencies, including the US, Russia, Japan and India, are in attendance at the congress.

Leading private companies such as Lockheed Martin, Boeing, Blue Origin and Airbus, also spoke about their plans in space exploration.

The UAE Space Agency signed an agreement with Russian space agency Roscosmos to increase partnership in areas such as human spaceflight and protecting intellectual property.

UAE landmarks from space – in pictures 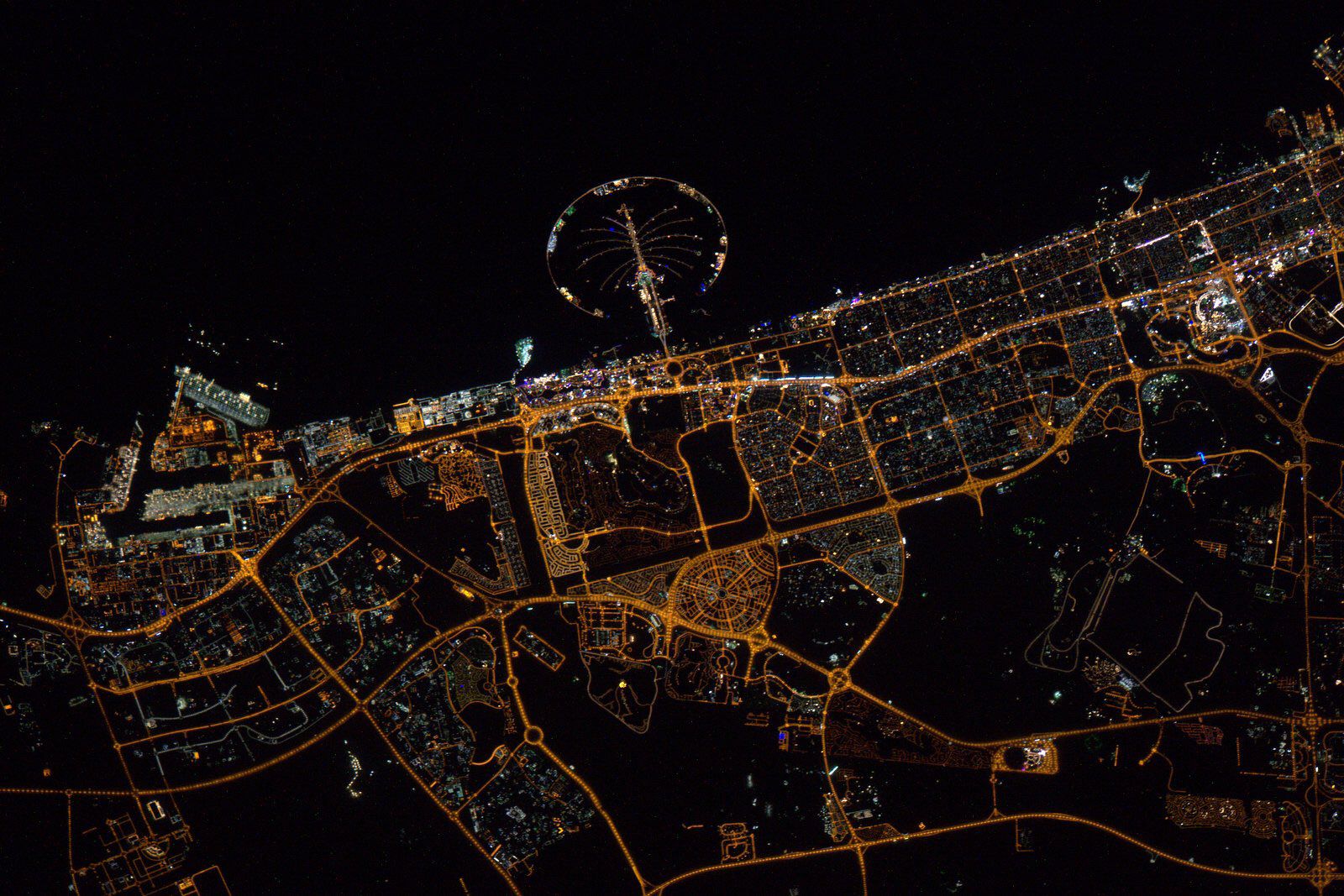 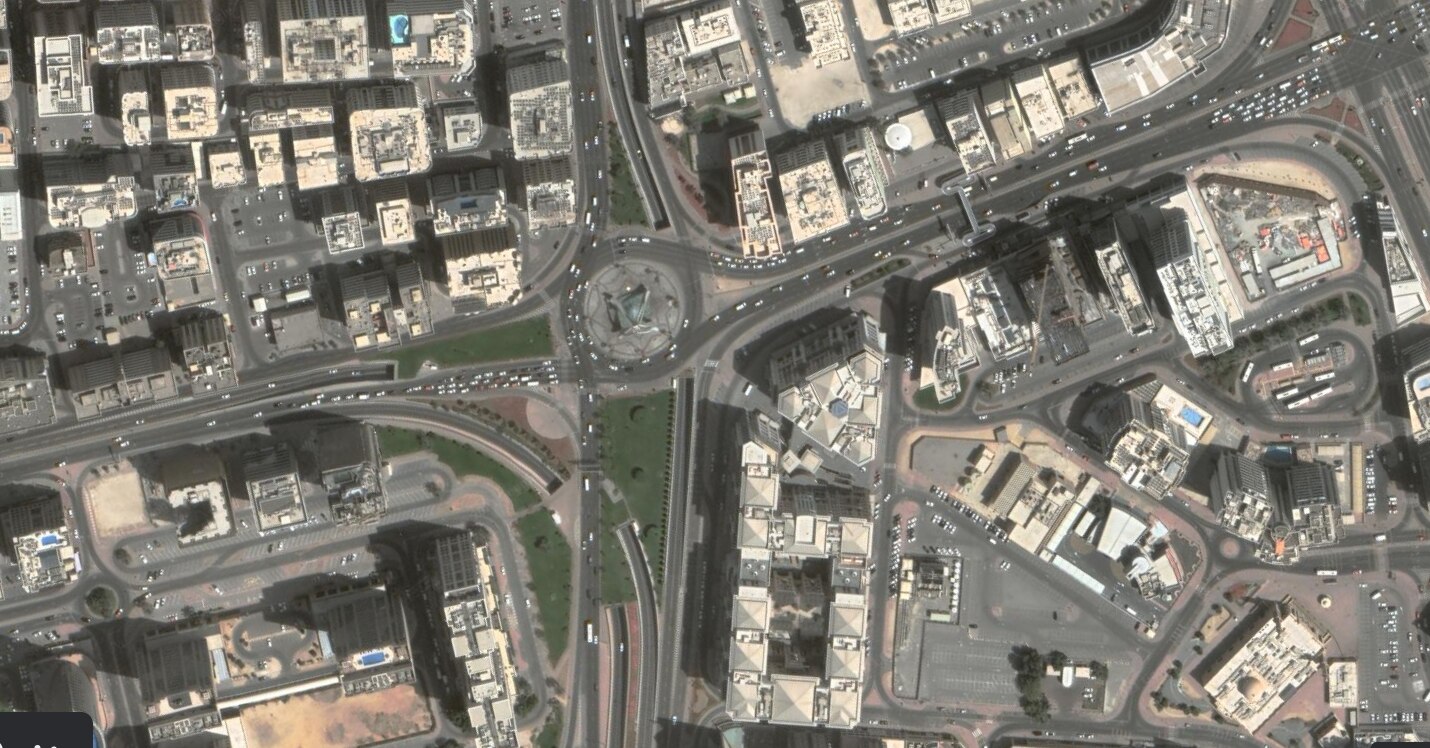 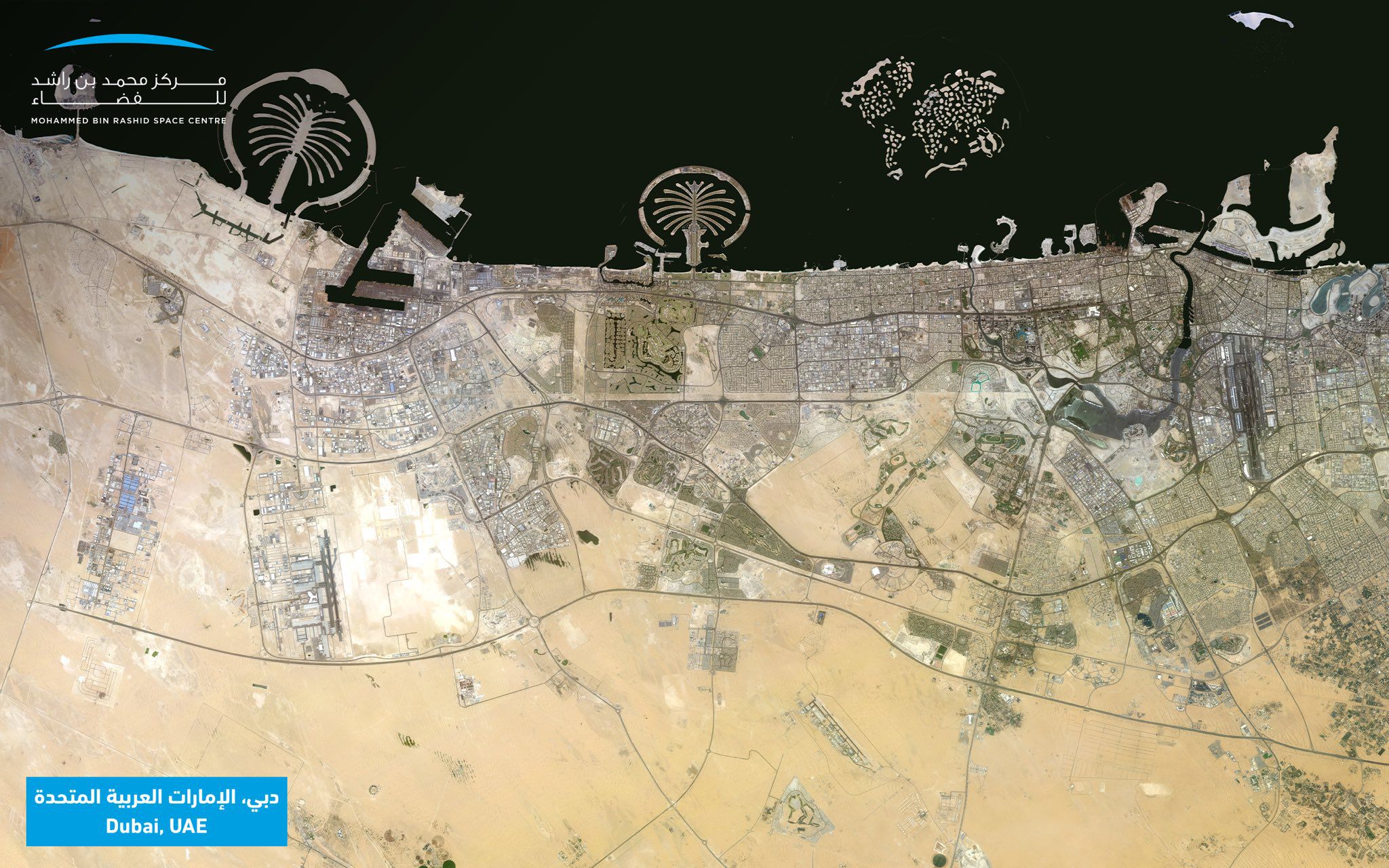 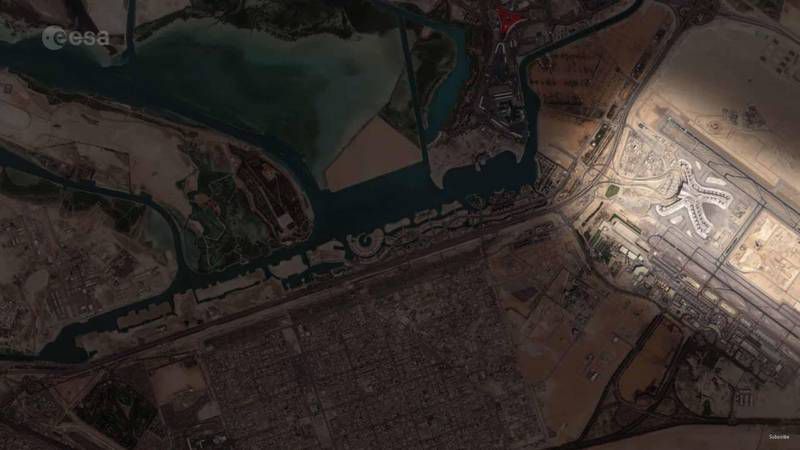 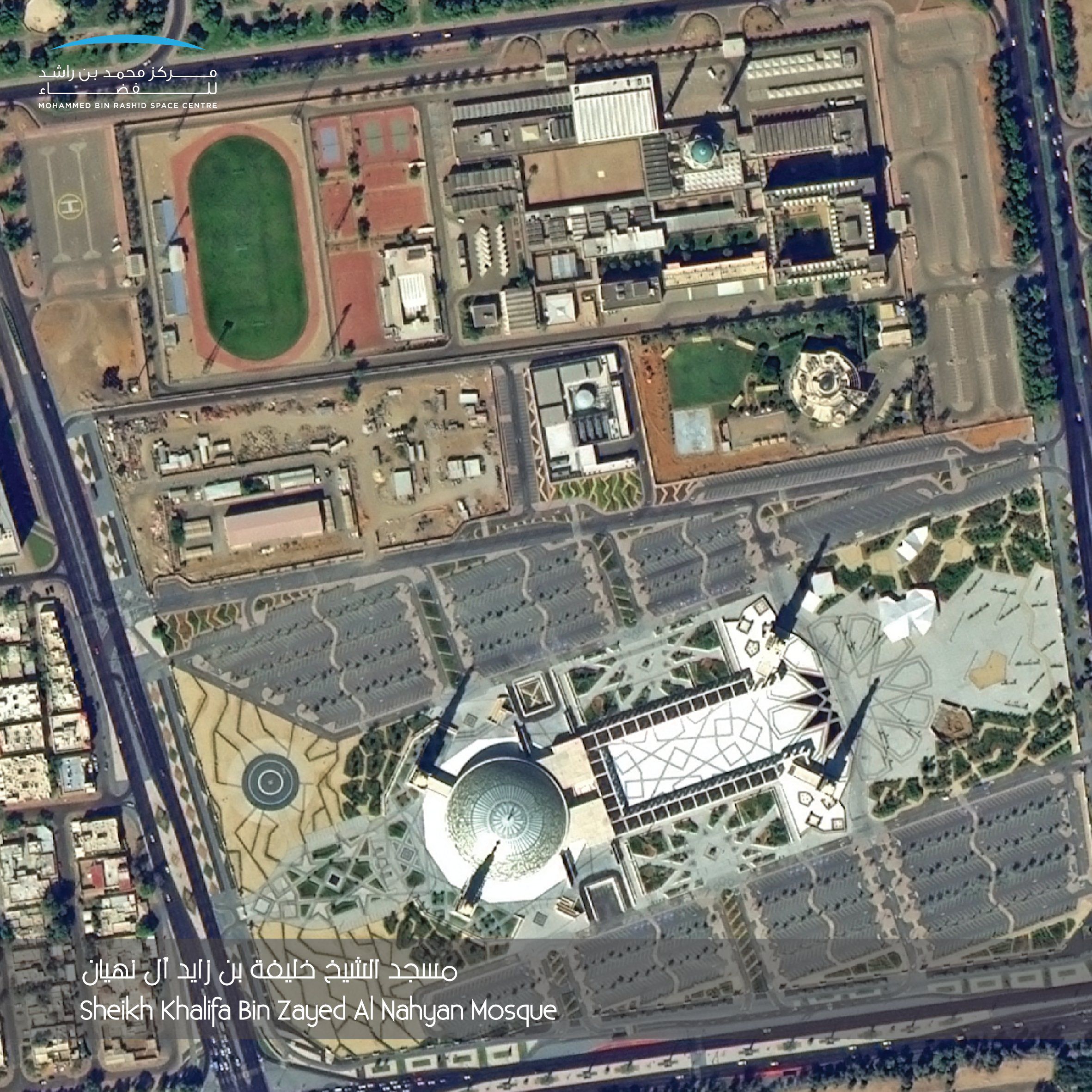 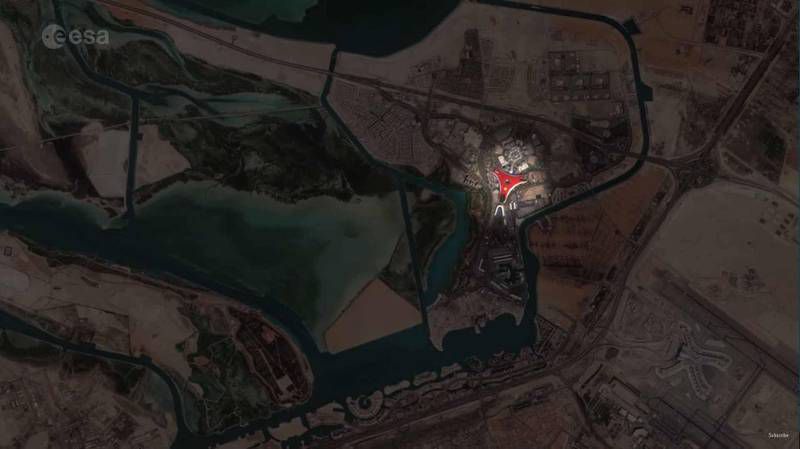 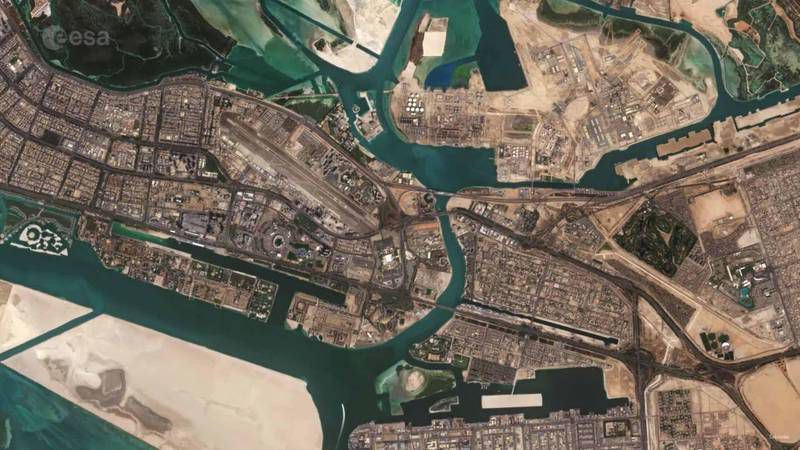 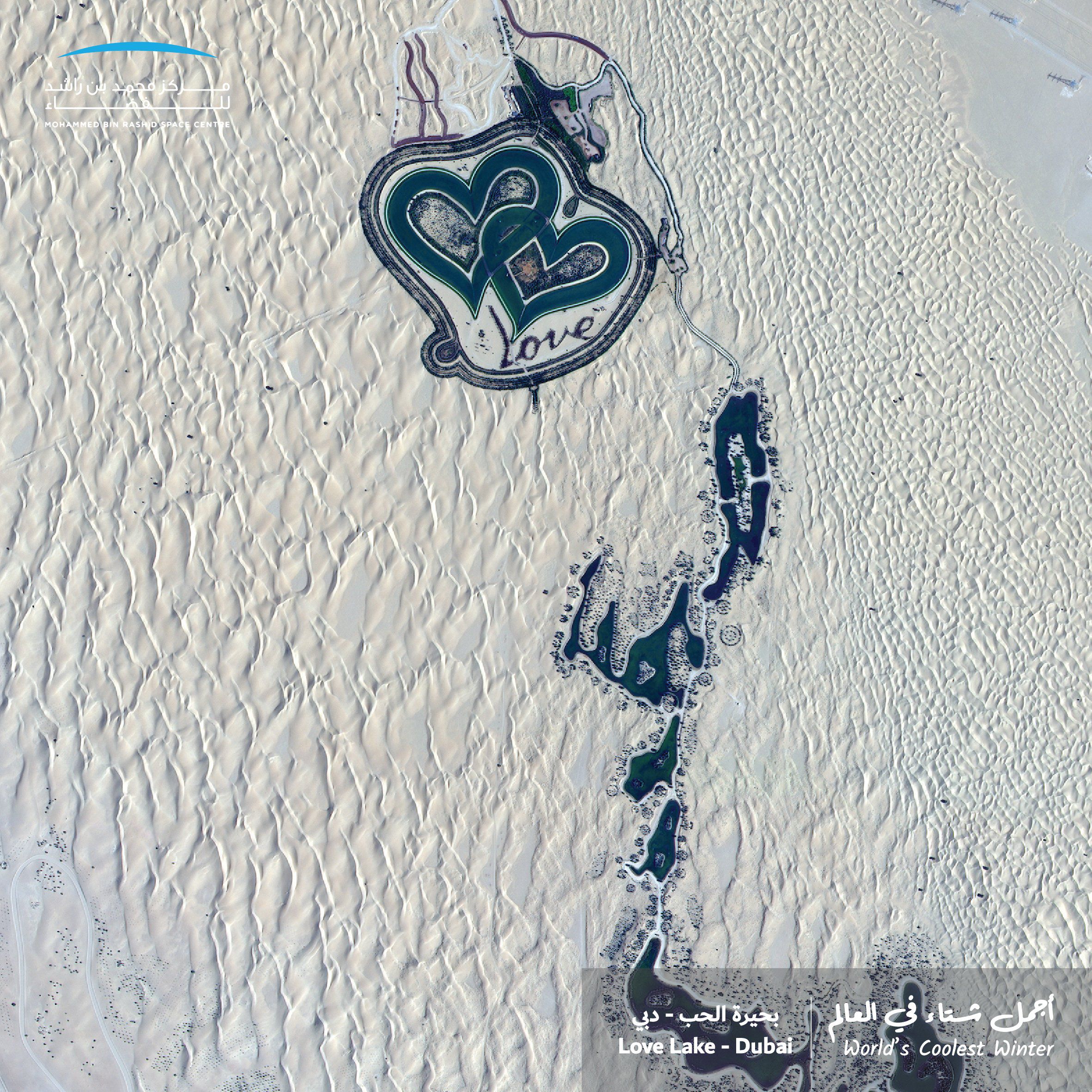 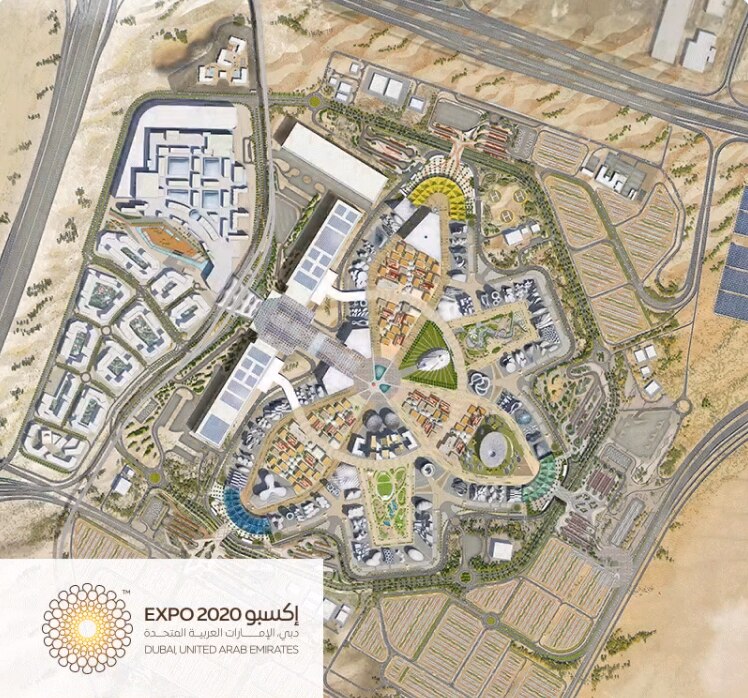 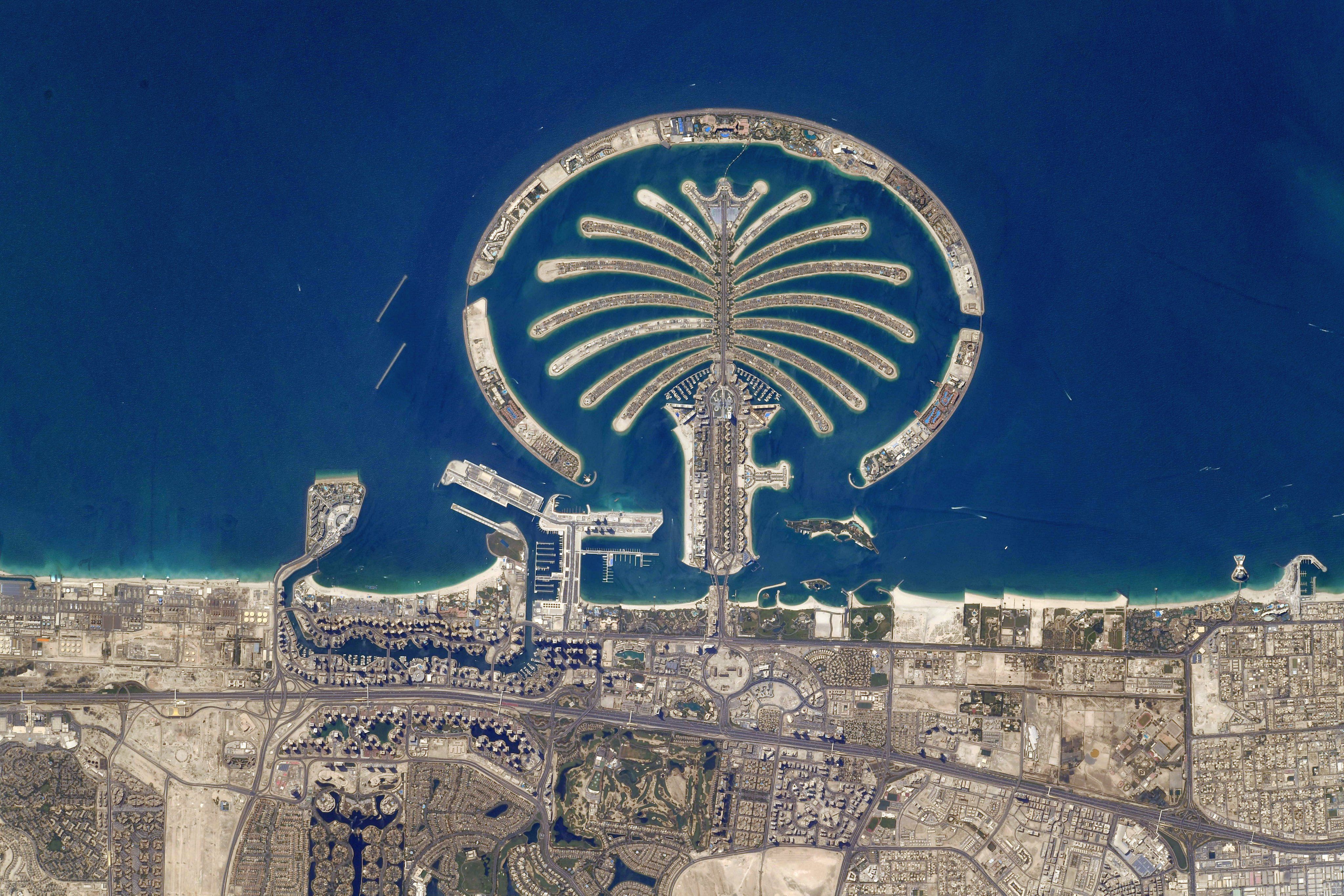 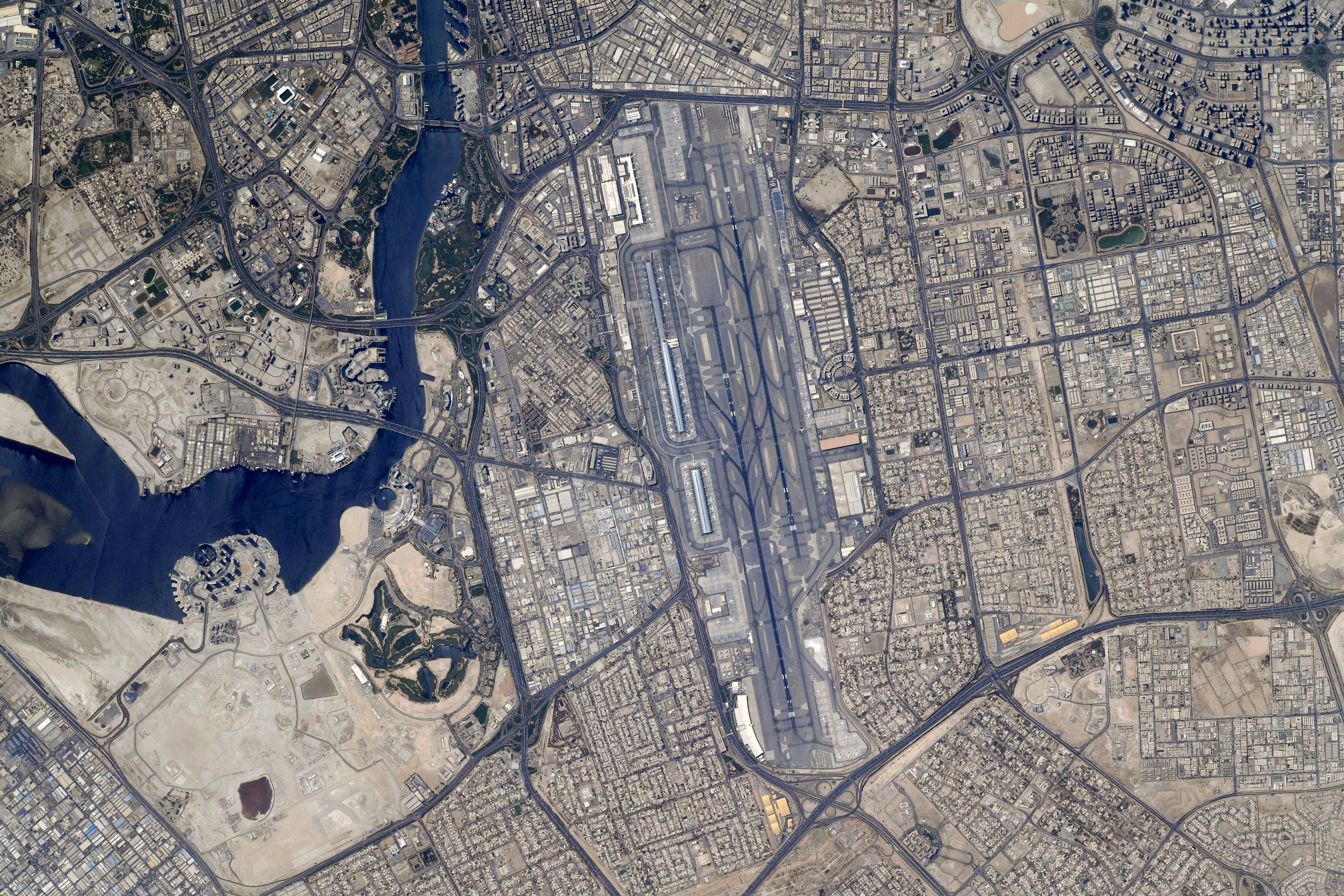 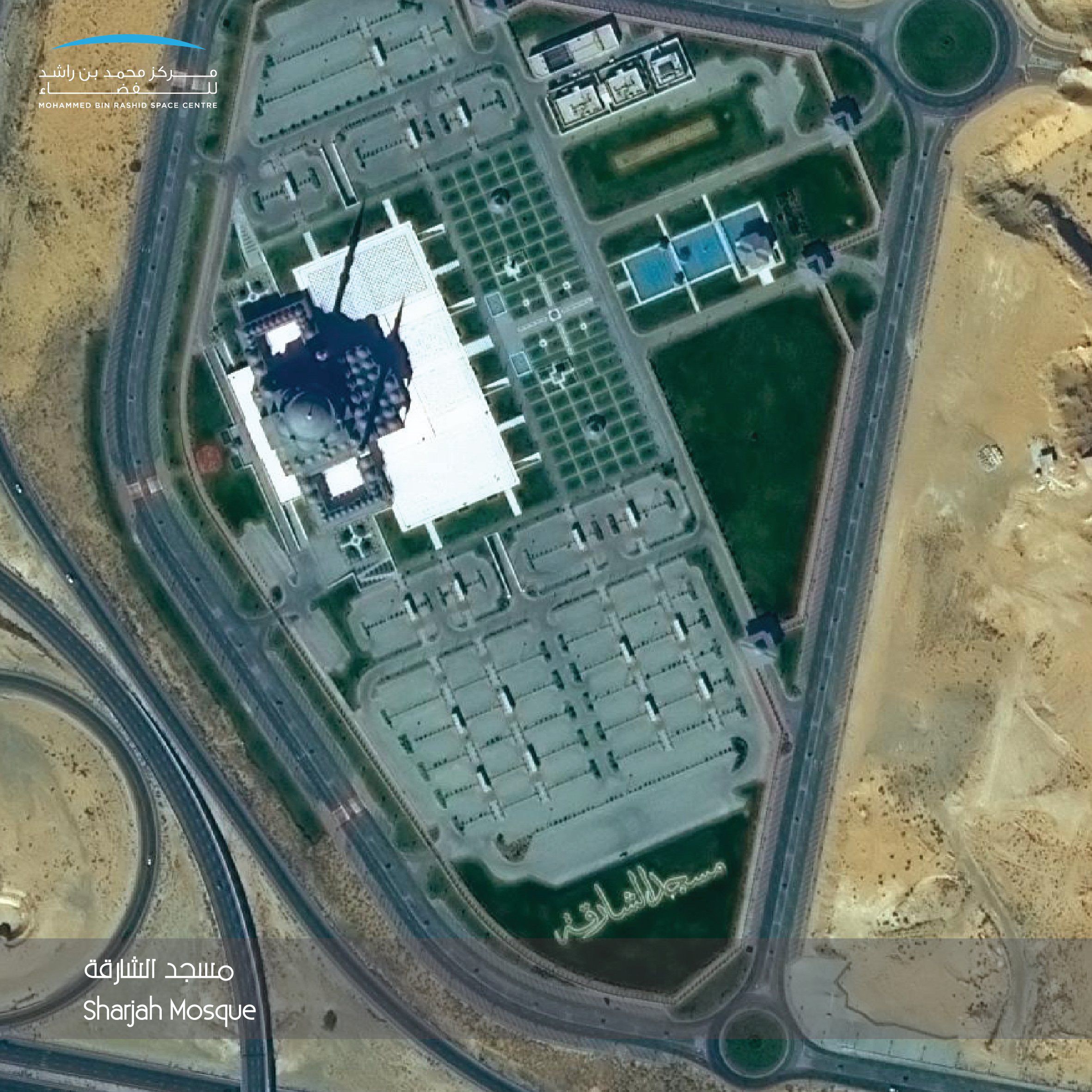 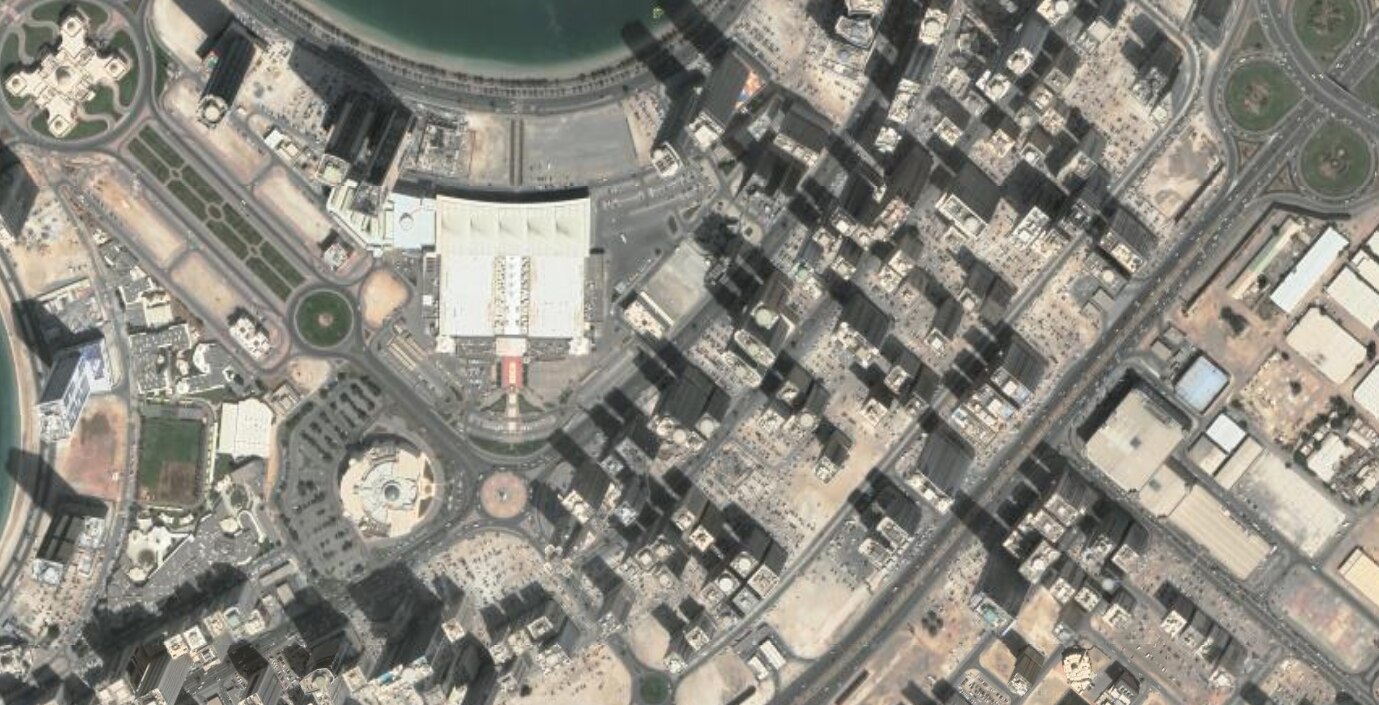 Ontario historian Kathy Grant, whose Barbadian father served as a volunteer in the Canadian Armed Forces during the Second World War, has been researching Canada’s Black soldiers for years, digitizing their photographs ... Read more »

Manchester United’s players are back into their groove with Ralf Rangnick’s side unbeaten since Ole Gunnar Solskjaer was sacked after a 4-1 loss to Watford on November 20. United have ... Read more »

Landscrapers follows Susan and Christopher as they try to evade capture. Plus: Impeachment enters the home straight. Here’s what to watch this evening Landscapers 9pm, Sky Atlantic Olivia Colman and ... Read more »

© Provided by Hindustan Times During the meeting with the UT adviser Dharam Pal, the terminated 178 NHM employees expressed their sincere apology and promised that such conduct will not ... Read more »

© Provided by Hindustan Times UT adviser Dharam Pal said they will discuss the report with other stakeholders, including Punjab and Haryana, if the land required for shorter route to ... Read more »

© Provided by Hindustan Times Transport employees protesting at the Patiala bus stand on Tuesday. (HT Photo) Bus passengers across the state were a harried lot on Tuesday as the contractual ... Read more »

© Provided by Hindustan Times In Himachal Pradesh the highest 15 Covid infections were reported from Shimla, 13 from Kangra, 12 Una, five from Hamirpur, four from Solan, three from ... Read more »

© Provided by Hindustan Times A car collided with an Army truck at the Rajouri Poonch highway, in Jammu on Tuesday. The policeman who died in the road mishap has ... Read more »

© Provided by Hindustan Times The high court has sought response from the state government by December 9. (Getty Images/iStockphoto) The Punjab and Haryana high court on Tuesday issued a ... Read more »

© Provided by Hindustan Times sports minister Rakesh Pathania said he had submitted the draft of the new sports policy to Anurag Thakur and he has suggested some changes in ... Read more »

© Provided by Hindustan Times Aman Sharma, director of Amsons Communications, which has its office in Sector 30D, had filed a complaint against Pardeep Bhateja, proprietor of Sawan Buildtech, Ludhiana. ... Read more »

My MS battle meant I couldn't even get to the loo on my own, reveals I'm A Celeb star Kadeena Cox

PARALYMPIAN Kadeena Cox has revealed that her multiple sclerosis was so bad during I’m A Celeb, she needed help getting to the loo. The gold medallist, evicted from Gwrych Castle ... Read more »

HarperCollins will pull a planned book by former CNN anchor Chris Cuomo, the publisher announced Tuesday. The book, titled Deep Denial, was to be released in the fall of 2022 ... Read more »

A violent brawl was caught on tape outside Susan Wagner High School. Steve White for NY Post One student was repeatedly punched and stomped in the head and another pistol-whipped ... Read more »

Cover-ups and credibility: Johnson's denials no longer carry much weight

Photograph: James Veysey/Rex/Shutterstock It has come to the point where Boris Johnson and No 10’s denials that an event took place have diminishing credibility. All the evidence points to a ... Read more »

© ALEX WONG Mark Meadows was serving as Donald Trump’s chief of staff when backers of the former president stormed the US Capitol in an attempt to halt the certification ... Read more »

© Cole Burston Children’s shoes and stuffed animals sit on the steps as a tribute to the missing children of the former Mohawk Institute Residential School, in Brantford, Canada, November ... Read more »

GHISLAINE Maxwell’s trial has heard from a woman who says she saw Prince Andrew’s accuser Virginia Roberts abused by Jeffrey Epstein. The claim was made by a witness who says ... Read more »

This Is How J.K. Simmons Really Felt About The End Of Sam Raimi's Spider-Man Series

Rich Fury/Getty Veteran actor J.K. Simmons has taken on a whole lot of memorable roles over the years — just a few years ago, he even won his first Oscar ... Read more »

Here's Where You Can Stream Eight Crazy Nights This Holiday Season

Columbia Pictures/Sony Entertainment The holiday season is upon us, with 2021’s Hanukkah concluding on December 6, and Christmas just a few weeks away. For a lot of us, the holidays ... Read more »

Arrest made in DUI crash near DUI checkpoint

Dec. 7—A Lodi man was arrested for felony driving under the influence Saturday after colliding with another vehicle and sending another driver to the hospital. Lodi Police Department Sgt. Elias ... Read more »

© Provided by BollywoodLife.com Tonight’s episode of Bigg Boss was quite interesting. The fight between Rakhi Sawant and Abhijit Bichukale was pretty entertaining. It all started when Shamita Shetty, Rakhi ... Read more »

CPS – Kirsty O’Connor/PA The chief prosecutor for rape has blamed the media for deterring victims from coming forward by reporting on the drop in cases going to court. Siobhan ... Read more »

Kiernan Shipka Opens Up About Playing Sabrina Again On Riverdale

EastWest continues along the path of digital innovation through Komo

Will Ferrell, Jamie Foxx And Will Forte Starring In Strays

Onaway mom bound over for trial on felony eavesdropping charge