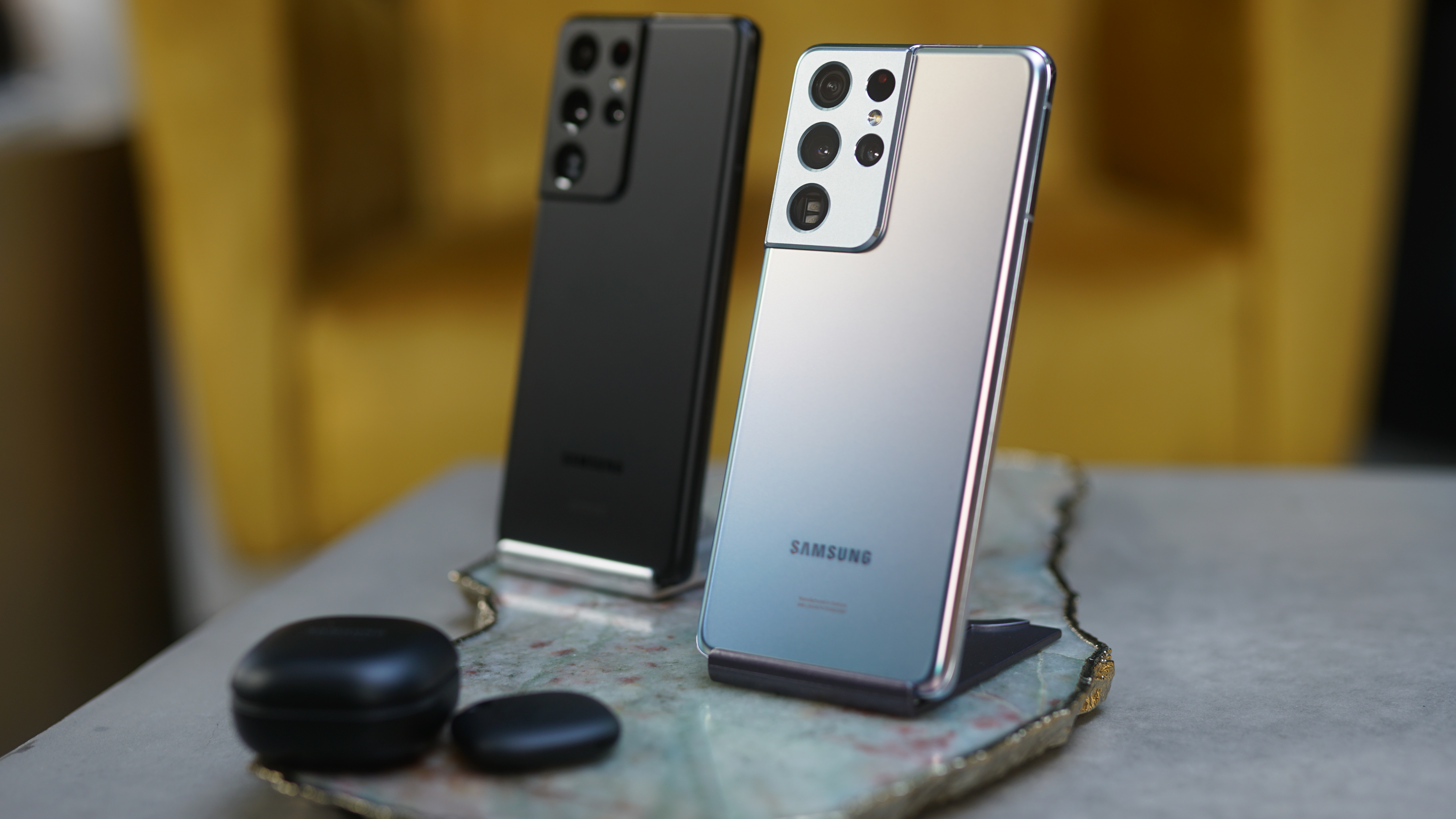 The Samsung Galaxy S22 is expected to be unveiled at the start of next year, and a set of high-quality, unofficial renders have now given us our first proper look at the Ultra model – with one or two surprises visible in the images.

These renders (see below) are courtesy of well-known tipster @OnLeaks and tech site Digit, and they’re based on information leaked from inside sources. While these sources can usually be relied upon, bear in mind that the final Galaxy S22 Ultra design might vary from what we’re looking at here.

We’ve got a change in the rear camera module design, with an unusual P-shaped bump that doesn’t look much like the camera setup we saw on the Galaxy S21 Ultra. Perhaps most significantly, we’ve got an integrated slot for the S Pen.

Last year’s S21 Ultra was the first non-Note to support Samsung’s stylus, but there wasn’t anywhere to put it on the phone – you had to invest in a separate phone case in order to carry around the stylus more easily. Next year it looks as though that will change (and S Pen support has been backed up by multiple sources).

The Samsung Galaxy S22 is also going to come with a squarer-edged design at the top and bottom, based on the evidence of these renders, which suggests that it is indeed replacing the Galaxy Note in Samsung’s line-up – remember we didn’t get a Galaxy Note 21 this year.

We’ve got a couple of colors to look at here, namely black and a light purple-ish shade, but there’s no additional information in this leak on the shades that the Galaxy S22 Ultra is going to come in – or what we can expect from the rest of the phones in the series.

In terms of the internals on the phone, we’ve heard that the S22 Ultra might not have much of a camera quality boost, although at the same time we are also expecting a bigger and better quality display on the Ultra model.

Analysis: it isn’t looking good for the Note

At first glance, these new Samsung Galaxy S22 Ultra pictures are reminiscent of one phone in particular – the Galaxy Note 20. There are certain design similarities in terms of the overall shape of the unit, and of course there’s the support for the S Pen and now the integrated slot where it can be stored.

After a lot of rumor and counter-rumor, we never did see a Galaxy Note 21 in 2021. Samsung never gave a definitive reason as to why the phone was canceled, but the global chip shortage was probably one of the key factors.

Samsung had another flagship phone to focus on in August as well: the Galaxy Z Fold 3, which many industry observers are seeing as the successor to the Galaxy Note. Like the S21 Ultra, the Z Fold 3 supports the S Pen but doesn’t feature a slot for it.

We don’t have a crystal ball in terms of predicting whether or not the Galaxy Note 22 is ever going to see the light of day, but considering that the S Pen is now supported on a wider range of handsets, and the S22 Ultra is set to have a very Note-like look, we’d say it’s looking unlikely.

Pixel 6 Pro vs. the competition: Telephoto, Tensor and more

The Best Wiper Blades to Keep Your Windshield Clear

Instagram now allows you to create posts from your desktop

'Wave of terrorism in Europe moving towards the UK', ex-counter terror chief warns

Brave is very confident in its privacy-centric search engine — so much so that it’s giving Google the boot. As of today (October 19th), Brave will use the engine as ... Read more »

A 600-pound leatherback sea turtle who was stranded on a Massachusetts beach returned to his watery home on October 10 after being rescued by teams from the International Fund for ... Read more »

Amazon Music listeners are getting a boost to their subscriptions, as Dolby Atmos and Sony’s 360 Reality Audio are launching on the streaming service across iOS and Android devices. The ... Read more »

A green motor drive that includes £620 million in grants to help the public pay for electric vehicles and to build new charging points points on residential streets, has been ... Read more »

The Best Buy Black Friday sale is underway with hundreds of products already on sale. We’ve cast our eyes across all the early deals to bring you some of the ... Read more »

One-minute review The HoMedics Sound Spa Rejuvenate is a simple device the plays white noise and nature effects to mask unwanted sound – and it does so very well. Its ... Read more »

Where people in Houston are moving to most

Samsung’s latest launch event is on the horizon, kicking off across the world at 10am EST / 7am PST / 3pm GMT on Wednesday October 20. Samsung Galaxy Unpacked Part ... Read more »

Tsinghua Unigroup and its six subsidiaries met creditors on Monday in a virtual meeting to update them on the latest round of it debt restructuring process, according to a statement ... Read more »

People queue to receive a Covid-19 jab at a pop-up vaccination centre (PA Wire) The UK faced 223 Covid deaths and 43,738 new infections on Tuesday. It is the highest ... Read more »

© Provided by Daily Mail MailOnline logo E-cigarettes have been promoted as devices that can help a person ditch tobacco entirely – but they may not be having the positive ... Read more »

For the next 48 hours, NZXT is giving 10 percent off all of its pre-built BLD systems. This includes its pre-fab configurations, as well as any custom-tailored builds. With PC ... Read more »

Facebook is finally starting to roll out a “small pilot” of its Novi digital wallet today in the US and Guatemala, more than two years after it was first announced. ... Read more »

© Provided by This Is Money MailOnline logo A classic Jaguar sports car that has been kept in a barn for over 40 years has been sold for over £240,000 ... Read more »

The Google Pixel 6 is about to launch and there’s an outside chance that the Pixel Fold could land alongside it. The event starts at 10am PT / 1pm ET ... Read more »

The best vacuum cleaner 2021 from Dyson, Shark, Miele and more

The best vacuum cleaners combine powerful suction and large dustbins to ensure cleaning carpet and hard floors is no longer a time-consuming household chore. Instead, these lightweight and easy to ... Read more »

The UK government has struck a deal with Bill Gates. It says the billionaire Microsoft founder will invest to help bring down the cost of green technologies. Gates says he’s ... Read more »

Kate surprised by Ant and Dec at addiction awareness event

The Duchess of Cambridge was surprised by Ant and Dec today as she bumped into them on her way to the Taking Action on Addiction campaign launch event in London. ... Read more »

British Housing Secretary and Member of Parliament Michael Gove was surrounded by anti-vaccination protesters and heckled outside the UK Home Office in London on October 19. This video posted to ... Read more »

These are the most invasive websites around

A new study of online trackers has revealed some startling data, with the most privacy-invasive websites using as many as 143 trackers to track your movement across the web. Conducted ... Read more »

Dying Light Platinum Edition was officially released for Nintendo Switch on October 19 but, thanks to the knock-on-effect of a German ban, you’ll only be able to buy a digital ... Read more »

Where people in Dallas are moving to most

Where people in Austin are moving to most

Authorities in the US have arrested a man for hacking into the accounts of Apple iCloud users and stealing their intimate photos and videos, as per a report by TechRadar. ... Read more »

Oracle Corp‘s NetSuite on Tuesday said it will put automated banking features into its accounting software for businesses, with HSBC Holdings Plc as its first partner to automatically send and ... Read more »

The scientific consensus that humans are altering the climate has passed 99.9%, according to research that strengthens the case for global action at the Cop26 summit in Glasgow. The degree ... Read more »

Lenovo offers some of the best mobile gaming hardware across various segments under its Legion brand. And the Lenovo Legion 5 Pro is no exception. The 2021 version of the ... Read more »

Android 12 is now rolling out to Pixel phones

Facebook paying fine to settle US suit on discrimination

Africa's glaciers 'will disappear' by 2040s due to climate change

Best cheap camera 2021: the 14 finest budget cameras you can buy