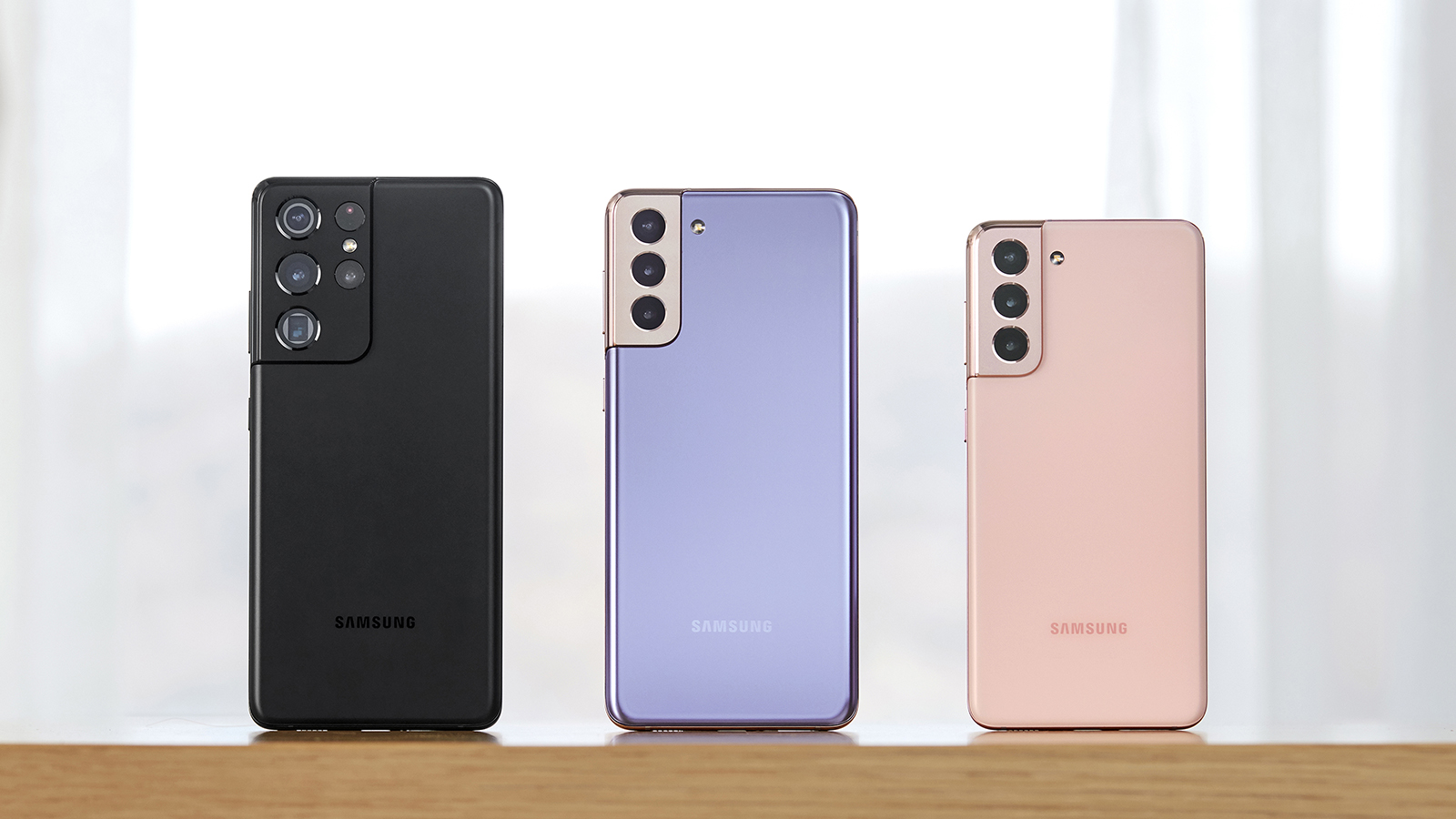 We’ve already heard plenty about the Samsung Galaxy S22 as its expected launch date gets closer and closer, but the leaks keep on coming – and the latest one gives us a few more clues about how the phone’s design might change this time around.

As the tweet points out, it looks as though these handsets are going to be slightly more rounded and slightly fatter than the Samsung Galaxy S21 equivalents they’re replacing – something to bear in mind if you’re planning on upgrading to a new handset.

This is the first time we have seen the Tempered Glass Screen Protector of Galaxy S22 and S22 +. We can find that they are more rounded and slightly fatter than S21 series. pic.twitter.com/3BhneQsSTqOctober 15, 2021

What we know so far

If this latest tip is correct, then the Galaxy S22 and Galaxy S22 Plus could be a little bigger, at least in terms of their width. We’ve heard plenty of leaks around the phones so far, with talk of an upgraded chipset and camera improvements this time around.

We’re also liking the colors that the phones are rumored to be coming in, and no doubt we’ll hear more about the Galaxy S22 series between now and launch day. One remaining question is when launch day will be – it might be pushed back to accommodate the Samsung Galaxy S21 FE. 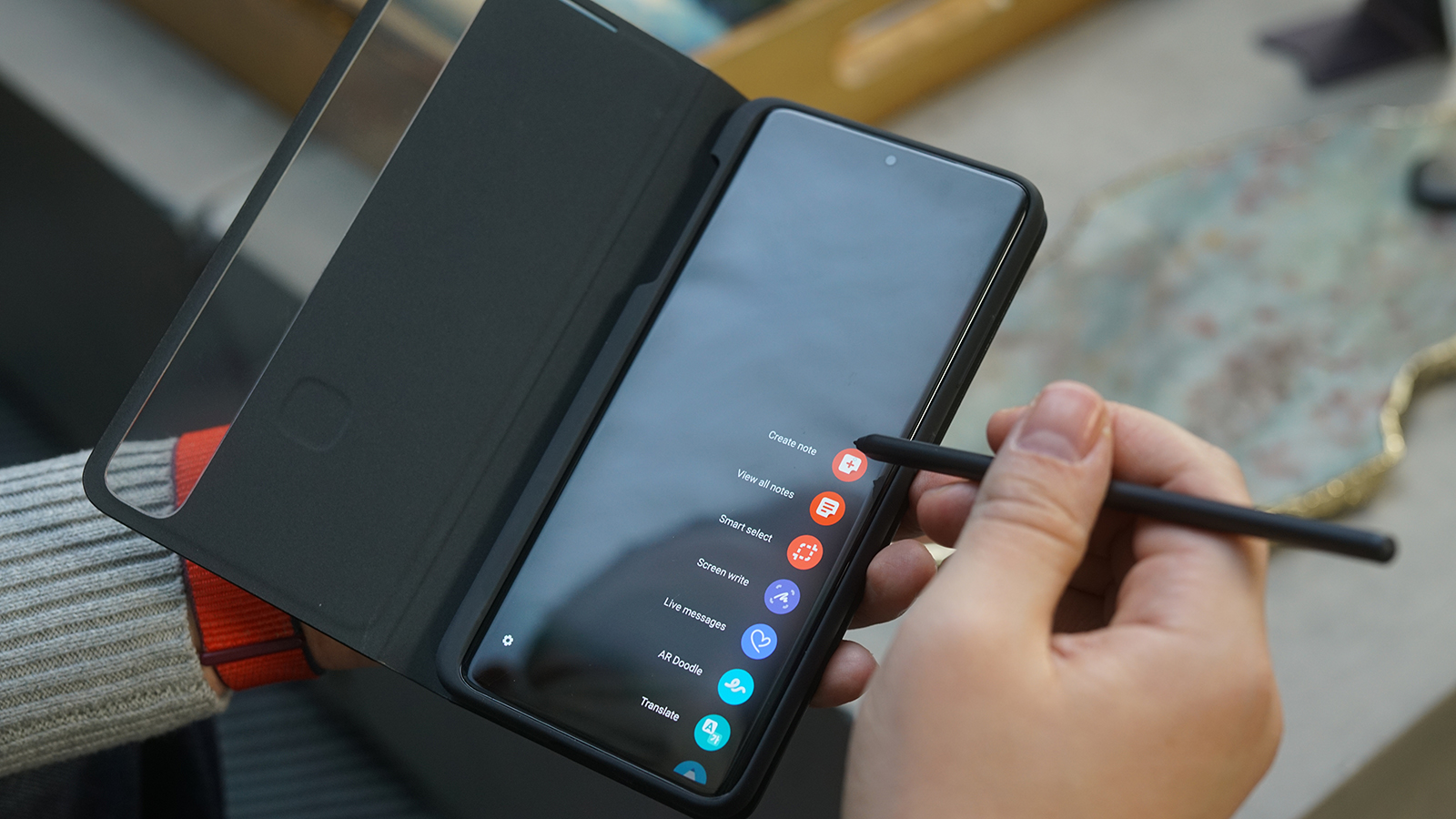 None of this is official yet of course, but the word on the Samsung street is that the S21 and S21 Plus aren’t going to shake up the Galaxy S formula too much – and in terms of screen size and battery, they might even offer less than the phones that Samsung launched earlier this year.

What we are hearing though is that the Samsung Galaxy S22 Ultra is going to be significantly different from its predecessor. It seems that the phone will get something of a design revamp, and with an embedded stylus slot for the S Pen, it could well be the equivalent of the Galaxy Note for next year.

France follows SpaceX by developing its own reusable rocket launchers

How Software Developer Freelancers are Filling the Skill Gap

Freelancers are a vital part of the tech industry. They take on a wide range of tasks and cover the gaps in IT teams. With the rapid digitization of businesses, ... Read more »

After DoT, Elon Musk-backed Starlink gets another warning letter

The Telecom Regulatory Authority of India (Trai) has asked Starlink, the satellite broadband arm of Elon Musk’s SpaceX, not to “solicit any telecom business or collect any related fees” for ... Read more »

Win Rs 5,000 in your Amazon Pay balance today! You just have to answer 5 questions and a bit of luck. Amazon is back with its daily dose of app ... Read more »

The U.S. Federal Aviation Administration (FAA) warned that interference from planned use of 5G wireless spectrum posed an air safety risk and could result in flight diversions.The aviation industry and ... Read more »

Nearly half of newlyweds in S. Korea had no kids: data

The flood of money into hyped-up industries involving the metaverse and semiconductors have led to overvaluations that could be harmful in the long run, warns Ni Zewang, chairman of Shenzhen ... Read more »

For years, Instagram has insisted that its algorithmic feed is better than a chronological one. Ever since the latter was abandoned in 2016, many users have clamored for a return ... Read more »

SEOUL, Dec. 9 (Yonhap) — EcoPro BM Co., a South Korean cathode manufacturer, said Thursday it is spending about 970 billion won (US$826.3 million) over the next four years to ... Read more »

TikTok users issue dire warning after woman's shocking basement discovery: 'Why would you share this online?'

TikTokers are on high alert after a woman shared an unexpected basement find. The woman, TikTok user @bridgetkrystal, posted a video explaining that she noticed something yellow tucked in the ... Read more »

Camille has dominated the League of Legends metagame for the 2021 season and has been hit with the nerf hammer in patch 11.24 as a result. (Photo: Riot Games) The ... Read more »

Another year, another Qualcomm flagship chip that’s sure to power the majority of Android phones in the coming year. This time around though, the company decided to do things a ... Read more »

SEOUL, Dec. 9 (Yonhap) — SoCar, a South Korean car-sharing company, said Thursday it aims to launch an integrated mobility services that connects all transit options in one app next ... Read more »

A tree stands by a highway near Santarem in the Brazilian Amazon rainforest (Nelson Almeida/AFP via Getty Images) The extent to which plants have responded to rising levels of carbon ... Read more »

US Attorney’s Office for the Southern District of New York More than a dozen photos were entered into evidence in the Ghislaine Maxwell trial on Tuesday. The images show Maxwell ... Read more »

Nest smart thermostats are on sale at Amazon: save up to $39!

We may receive commission from purchases made via links on this page. Pricing and availability are subject to change. The Nest Thermostat turns off when you leave so you save ... Read more »

Cancer patients should be able to personally check whether they are eligible to take part in clinical trials in a bid to drive up recruitment for research which “fell off ... Read more »

Instagram (still) has a big problem with Nazis and white supremacists

About a third of Hong Kong residents have invested in, or used, cryptocurrency as a medium of exchange, the second-highest engagement with the new asset class among developed markets surveyed ... Read more »

Some of the nation’s leading ocean and climate scientists are calling on the U.S. government to invest up to $1.3 billion in research on human interventions that could boost the ... Read more »

Intel’s new Alder Lake processors have been hailed as a major return to form for the processor pioneer, but if a new benchmark leak is any indication, its upcoming budget ... Read more »

Instagram head Adam Mosseri.Matt Winkelmeyer/Getty Images for WIRED Instagram is bringing back its chronological feed, which it got rid of in 2016. The app has been using an engagement-based ranking, ... Read more »

A new study out Emory University in Atlanta, Georgia, suggests that grandmothers relate to their grandchildren differently than they do to their own offspring. (Sorry, parents: That suspicion you’ve long ... Read more »

— Recommendations are independently chosen by Reviewed’s editors. Purchases you make through our links may earn us a commission. lululemon makes some of the most coveted athletic and athleisure gear ... Read more »

— Recommendations are independently chosen by Reviewed’s editors. Purchases you make through our links may earn us a commission. The weather is getting really chilly and there’s no better time ... Read more »

— Recommendations are independently chosen by Reviewed’s editors. Purchases you make through our links may earn us a commission. Art gifts are truly the best gifts for kids. They are ... Read more »

— Recommendations are independently chosen by Reviewed’s editors. Purchases you make through our links may earn us a commission. Looking for the perfect gift for the beauty lover in your ... Read more »

Microsoft is giving its iconic text editor a visual redesign for Windows 11 along with new features to help programmers and others who rely on Notepad in their day-to-day workflows ... Read more »

Two-minute review Think of the Samsung Galaxy Buds Pro as the Apple AirPods Pro equivalent for the new Samsung Galaxy S21 series of phones. Although that doesn’t quite cover everything ... Read more »

Sony Interactive Entertainment and Santa Monica Studio revealed a brand new trailer for the upcoming PC port of 2018’s God of War on Wednesday, and it looks every bit as ... Read more »

In the ongoing and seemingly never-ending battle between Fortnite maker Epic Games and iPhone maker Apple, the latter just scored a major win, gaining a “permanent injunction” on a key ... Read more »

Queen Elizabeth Dominic Lipinski-WPA Pool/Getty Queen Elizabeth was all smiles as she handed out a special honor on Wednesday — not least of which because she had family quite literally ... Read more »

Samsung ushers in next generation with execs in 30s, 40s

US Palantir invests in Hyundai Oilbank

Intellectual property of AI composer to be sold on NFT market

The new normal is digital in Thailand with quality broadband

iPhone 14 design: Two models will reportedly replace notch with hole-punch cutouts and could get 120Hz displays

Will the Mateverse and GameFi be a new battlefield for blockchains?

Kamala Harris and the case of Bluetooth headphones

Darwin in a lab: Coral evolution tweaked for global warming

Apple may make this big change to AppleCare+ plan