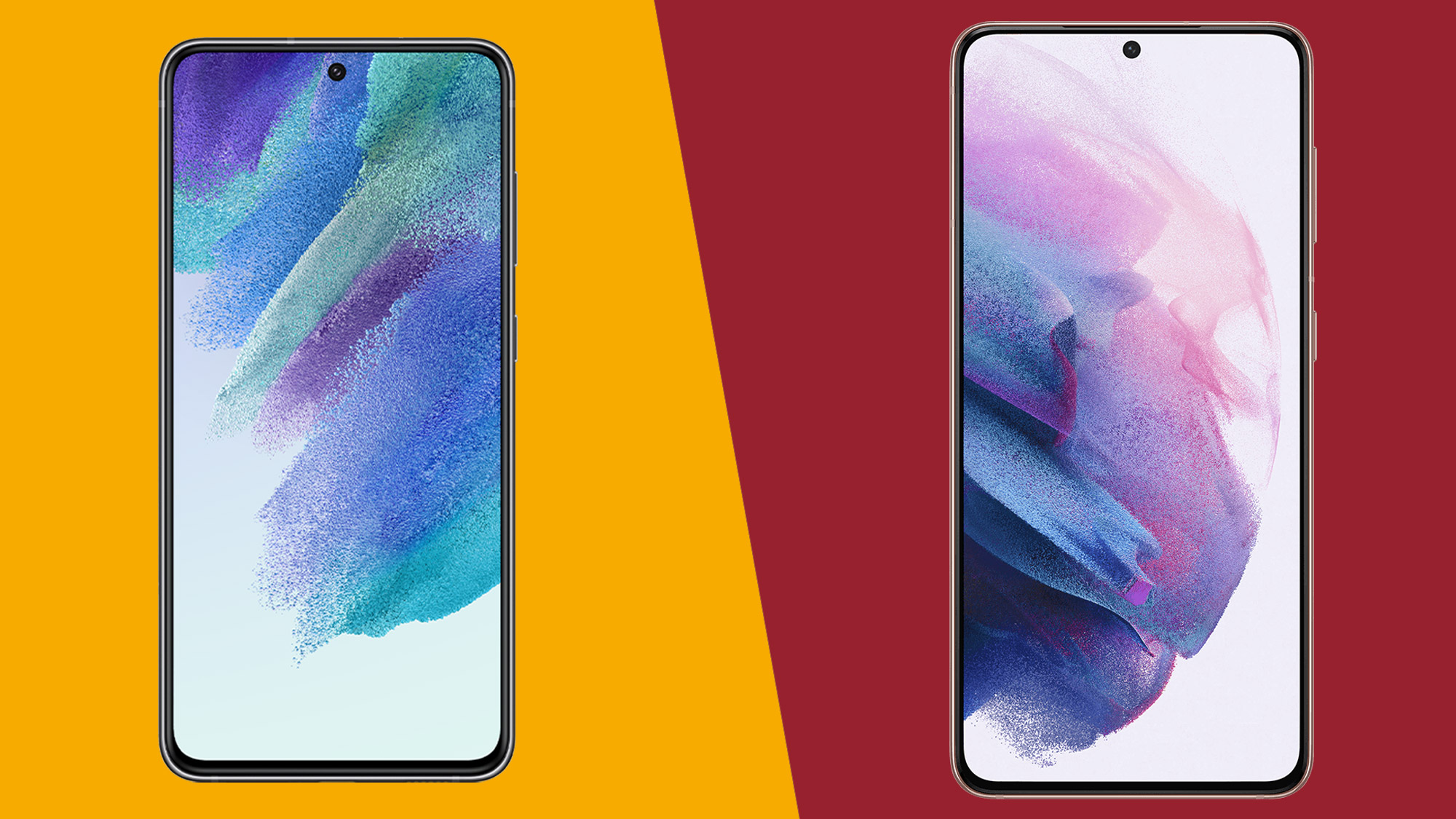 Given that considerable gap, it’s worth comparing the two phones. Did Samsung make any improvements during that time, or does the quality of the original Galaxy S21 still shine through?

As we mentioned, the Samsung Galaxy S21 FE arrived very late in the day – in January 2022. That’s a year after the release of the original Galaxy S21, which launched on January 29, 2021.

Even a year later, those prices still technically hold true – at least on the official Samsung website – but you can expect to enjoy a healthy saving if you go through a third-party retailer. Indeed, if you shop around, you might just be able to get a brand new S21 model for a price similar to the Galaxy S21 FE.

As the name would suggest, the Samsung Galaxy S21 FE lifts an awful lot from the Galaxy S21, and that includes its design. Both phones have ‘Glasstic’ bodies that feel a little cheap in the hand.

Both, too, have that attractive ‘Contour Cut’ camera bump that flows around the side of the device. However, that bump is made of plastic in the FE, while the Galaxy S21’s is made of aluminum.

There’s no shortfall in water and dust proofing with the new phone, as it enjoys the same IP68 rating as its more premium brother. 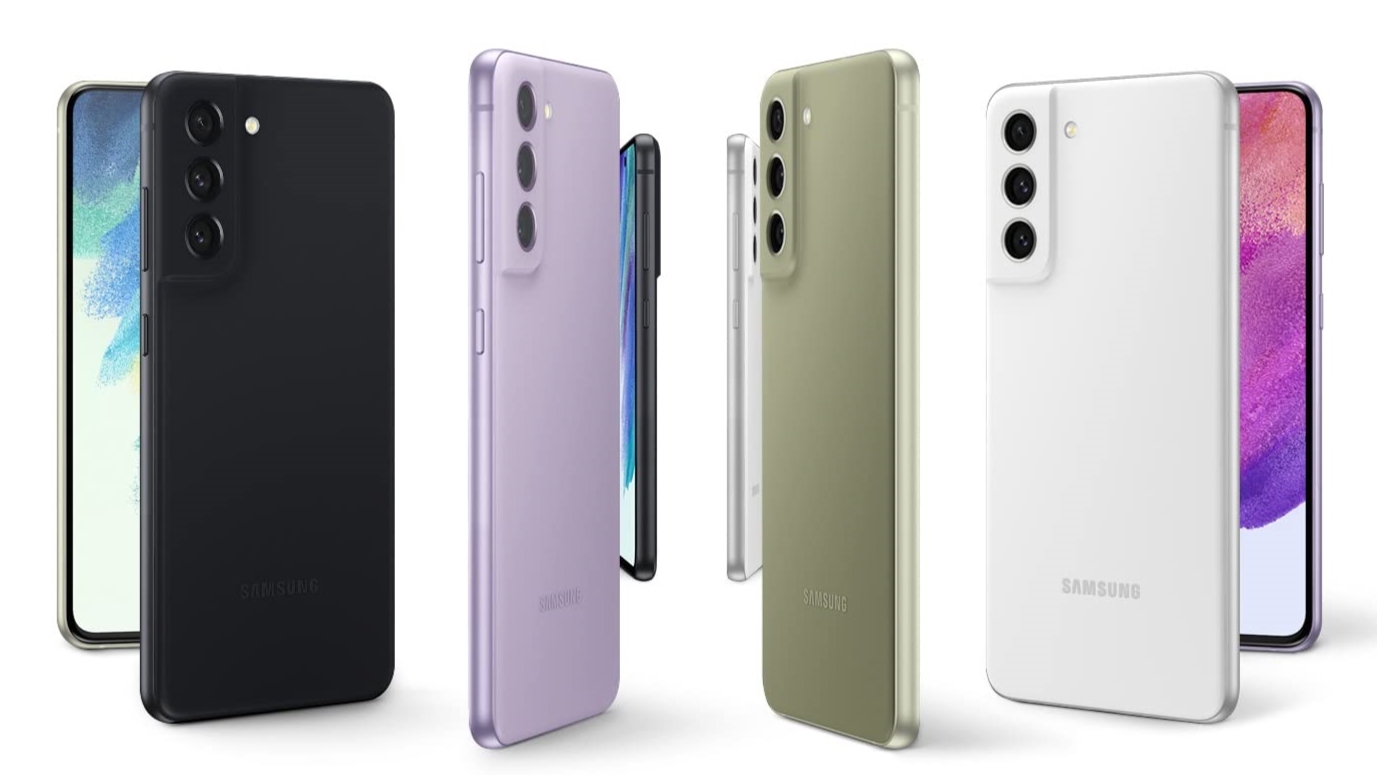 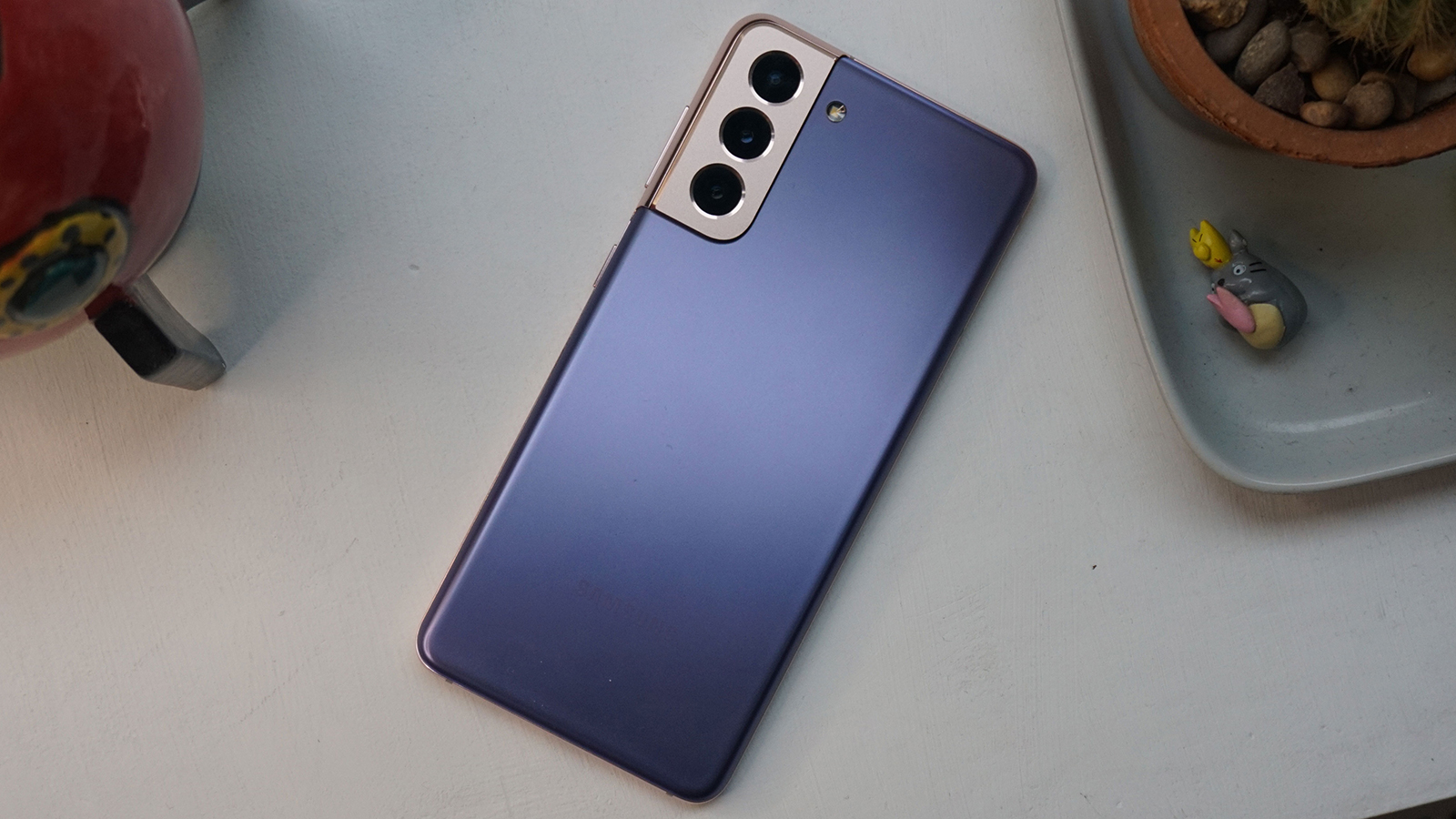 It’s not difficult to understand why, but we’ll get into the FE’s larger display and battery a bit later. Given the similar specs and price, though, this difference could prove to be a crucial factor. The decision over which phone is best for you could come down to how large you want your phone to be.

In short, both are moderately attractive phones that fall just short of true flagship level in terms of hand feel, if not build quality. 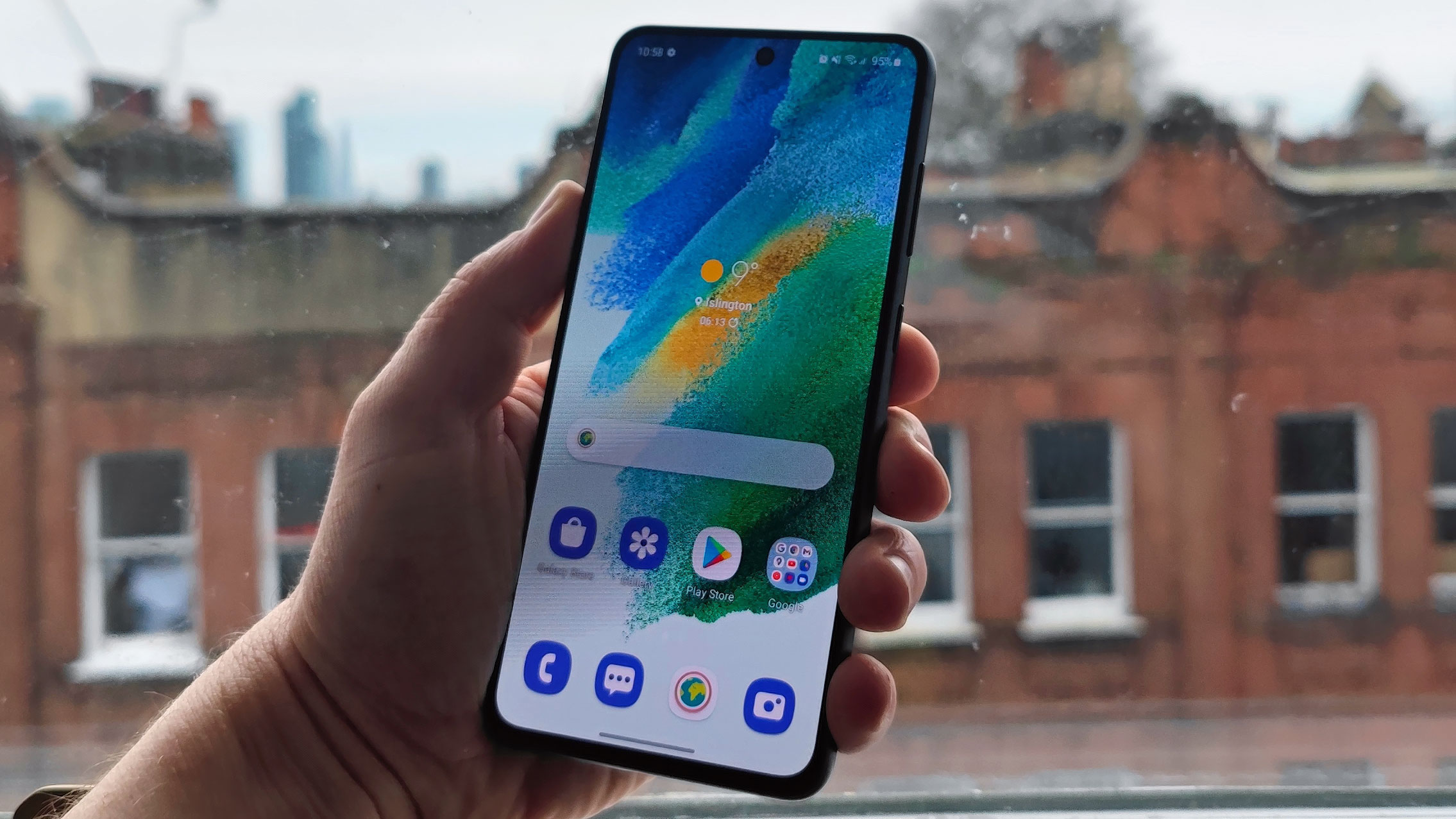 Otherwise, the two screens are very similar indeed. Both are Dynamic AMOLED 2X displays with 1080 x 2400 (FHD+) resolutions and 120Hz refresh rates. This does mean that the Galaxy S21’s smaller screen is technically more pixel-dense, but we’re not talking about any kind of significant advantage here.

The quality of both screens is unimpeachable, with those trademark Samsung levels of brightness, vibrancy, and responsiveness. Nobody does it better.

Both also have a central hole-punch notch, and both are dead flat too. In terms of scratch resistance, both employ Gorilla Glass Victus, so it’s all square on that front.

It all comes down to how large you like your smartphone screen, really. 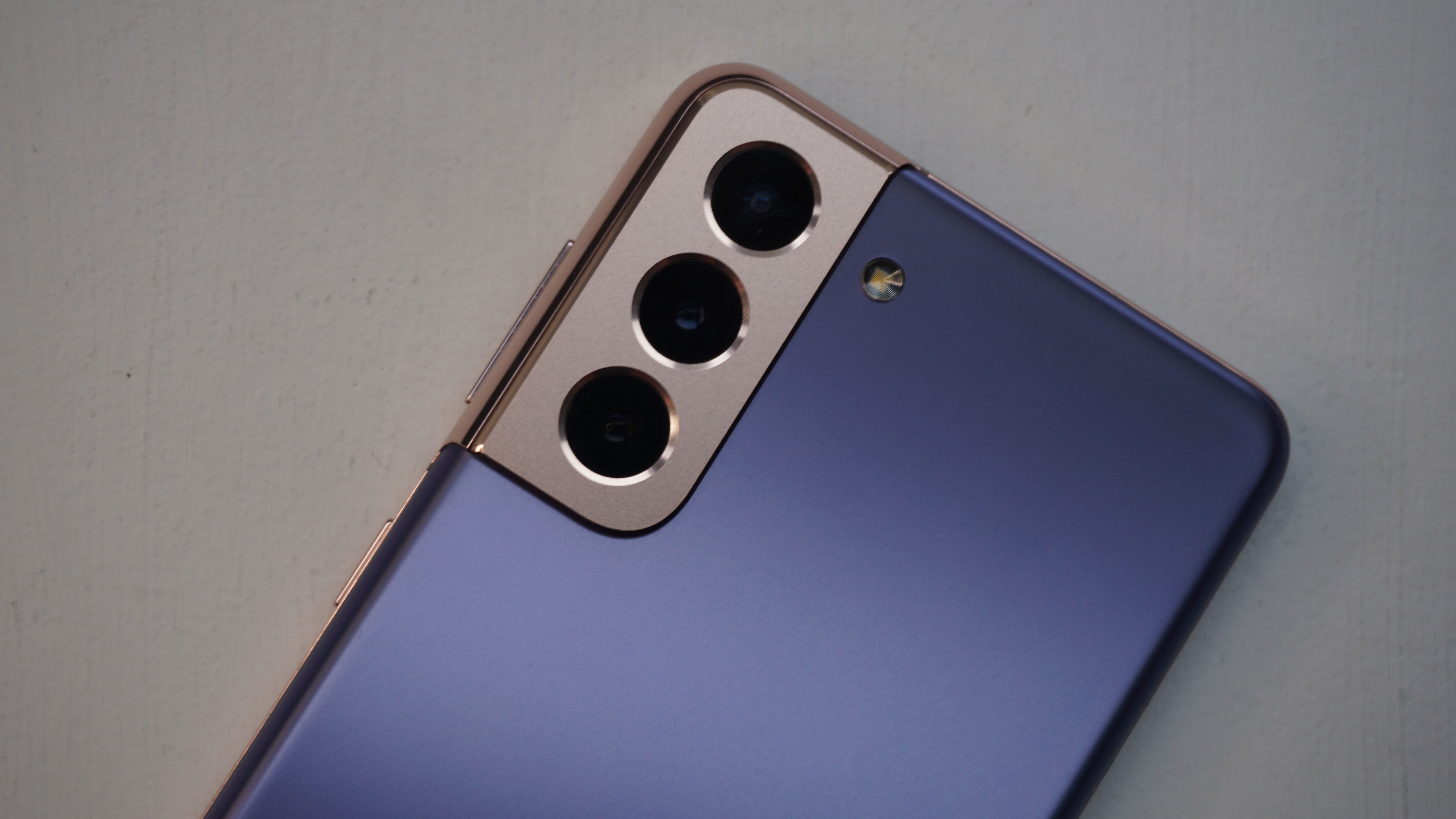 The Galaxy S21 FE and Galaxy S21 share very similar camera set-ups, but there are a couple of differences, both major and minor.

In terms of main or wide cameras, both phones share the same 12MP 1/1.76″ sensor. There’s no difference between them.

Both also have 12MP 123-degree ultra-wide sensors, though the Galaxy S21’s is a little larger, and thus technically superior in low-light conditions.

The biggest difference, as far as cameras are concerned, lies in the telephoto provision. While the original Galaxy S21 supplied an unusually sharp 64MP sensor, the Galaxy S21 FE steps down to an 8MP provision. They share the same lens though, which allows for 1.1x optical zoom and an effective 3x hybrid zoom.

Our reviewer didn’t find a significant difference in quality for the resulting zoomed shots, but we’d obviously give the nod to the Galaxy S21.

In terms of general image quality, both are similarly accomplished, shooting vivid and bright snaps with the usual hint of Samsung over-saturation.

Both phones have 32MP selfie cameras too, so it’s all even on that front.

One main quality that both camera systems share is a remarkably even tone across all three sensors. That’s quite rare among smartphones.

Additionally, both phone cameras pack in custom Samsung software features like Single Take, which captures short 5 to 15-second snippets and selects the best stills and video footage from it. Then there’s Dual Recording, which allows you to record video on a rear and front camera simultaneously.

Interestingly, while both phones can capture 4K video at 60fps on the rear and the front, only the Samsung Galaxy S21 can capture 8K 24fps footage. We have no idea why that might be, but as very few people actually care about 8K right now, it’s no great loss.

While all Galaxy S21 FE models carry the Snapdragon 888 chip, only the US and China models of the Galaxy S21 do the same. The global model of the latter uses Samsung’s home-brewed Exynos 2100 alternative.

Samsung’s chip gets in the same ballpark as the Snapdragon 888, but it has been shown to be slightly less capable. For pure performance, then, the newer and cheaper Galaxy S21 FE has a slight advantage for most of the world.

We should also note that the Galaxy S21 FE’s late arrival means that its performance feels a little underwhelming especially when similarly priced phones packing the Snapdragon 8 Gen 1 are imminent. Like we said, context is king, and timing is everything.

In practical terms, both phones are plenty fast enough, and you won’t notice any difference during day to day or even intensive tasks.

Both phones also offer the same 128GB and 256GB storage options, and neither comes with microSD expansion potential. We should also point out that both phones are 5G ready.

The Samsung Galaxy S21 FE gives you a 4500mAh battery, while the Galaxy S21 gives you a much smaller 4000mAh cell. Of course, the smaller phone also has a smaller – and thus less power-intensive – display.

Whatever the capacities, neither phone has what we’d term outstanding stamina. Both will get you to the end of a day of normal usage; heavier use might require an extra charge.

Play Genshin Impact for a couple of hours, or stream a movie on the train – all while indulging in intensive messaging and Google Map route finding, and you’ll almost certainly run out of juice well before the end of the day.

Samsung, as ever, supplies you with a bunch of battery saver modes, but you might bemoan the number of times you’re forced to rely on them if you’re something of a power user.

The charging provisions are just as disappointing in both phones. You’re looking at a maximum of 25W charging support, which falls well short of the 65W charging found in the OnePlus 9 and other similarly-priced phones. What’s more, there’s no charging brick in either box.

The Samsung Galaxy S21 FE stands up to the Galaxy S21 almost every step of the way, matching it in many respects.

Performance is broadly similar, as are the two camera systems the designs are also cut from the same cloth. Ultimately, it may just come down to how big you like your phone to be. The Galaxy S21 is the more compact of the two, which may suit some more than others.

But the true deciding factor here is price. We found the Galaxy S21 FE to be far too expensive given its late arrival, and the fact that it’s soon to be widely one-upped by multiple rivals.

If you can find the Galaxy S21 for a knock-down price – which is perfectly feasible given its time on the market – then it could represent superior value.

Back to Mobile Cell Phones
Colour