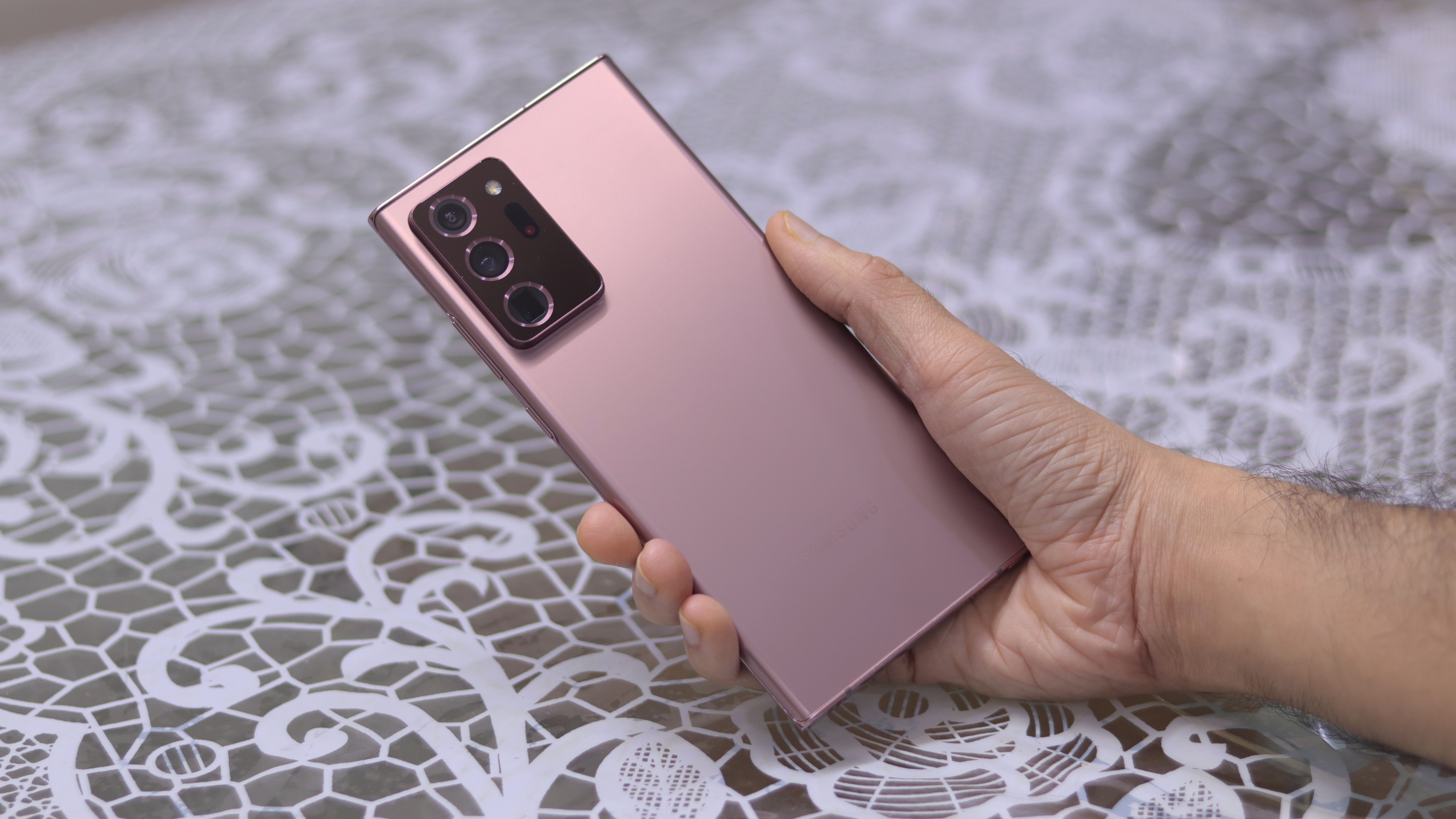 The Samsung Galaxy Note 21 would have been one of the most high-profile phones of the year, but in a surprising move Samsung canceled it, leaving Note fans with just the Samsung Galaxy S21 range and foldable phones instead if they wanted a new high-end handset.

So the big question now is, will there be a Samsung Galaxy Note 22? While there’s no conclusive answer to that yet, we are starting to hear some rumors, which we’ll break down in the release date section below.

Then, further down you’ll find information on the specs and features that the Samsung Galaxy Note 22 might include if it does launch. We’ll also be adding to this article whenever we hear anything new about the phone, so check back here for updates.

The Samsung Galaxy Note 22 might be in the works after all, as a supply chain source claims to have seen evidence of its existence.

The Samsung Galaxy Note 22 might be in the works after all, as a supply chain source claims to have seen evidence of its existence.

Cut to the chase

If the Samsung Galaxy Note 22 launches – and that’s a big if – it will probably do so in August of 2022. Specifically, it will probably be announced in the first half of the month and go on sale in the second half, as that’s Samsung’s typical pattern for the range.

However, it’s currently unclear whether there will even be a Samsung Galaxy Note 22, given that the Galaxy Note 21 isn’t happening.

Most of the recent news and leaks suggest there won’t be one, with Samsung not renewing the Galaxy Note trademark while it renewed those for the Galaxy S, Galaxy Z, Galaxy M and Galaxy A series, and with at least one source flat out saying there won’t be any more Samsung Galaxy Note phones.

Or at least, there apparently won’t be any more of them in the form we’ve come to expect, though this source claims that Samsung internally thinks of the Galaxy Z Fold range as the ‘Note Z’, so it’s possible a future foldable will have Note branding.

All that said, not renewing a trademark right now doesn’t mean Samsung won’t in future, and the company itself has previously said that it’s expected that the Samsung Galaxy Note range will continue in 2022. That claim predates the conflicting reports above, but coming direct from Samsung it carries a lot of weight.

Plus, a leaker claimed in September 2021 (so more recently than many of the rumors) that a supply chain source has seen evidence of the Samsung Galaxy Note 22.

So will there be a Samsung Galaxy Note 22? We really don’t know, but with Samsung adding S Pen support to the Galaxy S and Galaxy Fold ranges, the Note has somewhat lost its main selling point, which suggests there might not be any more of them – and that if there are, the range’s days are probably at least numbered. 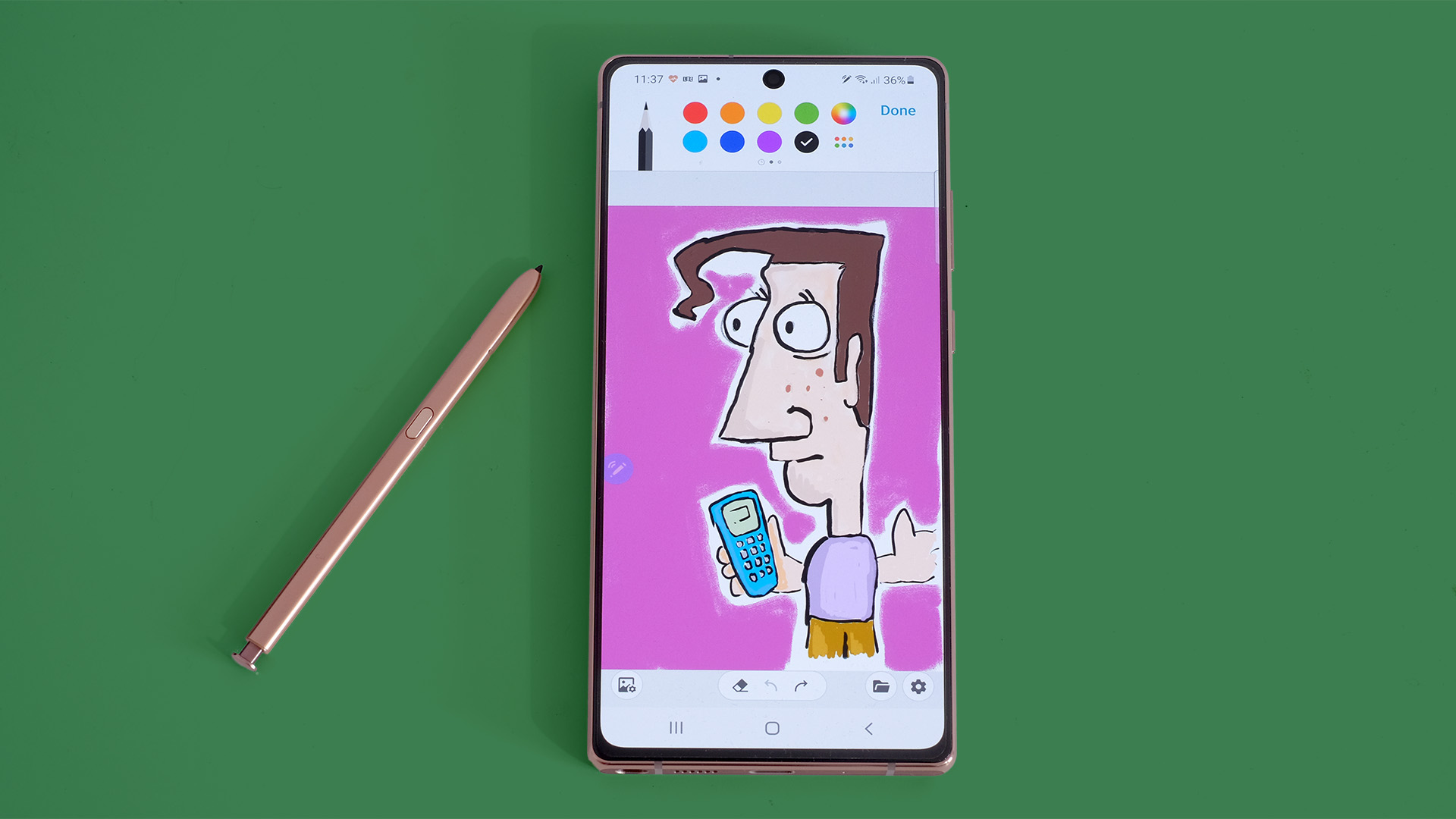 There hasn’t been a new Note since 2020’s Note 20 range (Image credit: TechRadar)

So far we don’t know anything about the Samsung Galaxy Note 22, with all the leaks and rumors so far simply being focused on whether or not there will even be such a phone.

There are some things that we can be quite confident of though if the Note 22 does launch. For one thing, it’s obviously going to have an S Pen stylus, and unlike the Samsung Galaxy S21 Ultra and Samsung Galaxy Z Fold 3 – which also have stylus support – the Note 22 is sure to come with the stylus as standard, and have a built-in slot to store it.

Beyond that, there’s a chance that it will have an under-display camera, now that Samsung has equipped the Galaxy Z Fold 3 with one, but we’re less sure of that.

It will probably also have a lot in common with the Samsung Galaxy S22, so once that phone launches (probably in January) we’ll be able to say more.

‘Hogwarts Legacy' release date: Developers reiterate 2022 launch window following report that it could be delayed to 2023

Could your NFT be of a stolen artwork? Why the digital market is driving theft on a ‘mind-blowing' scale

Squid Game season 2 is 'absolutely' happening, says Netflix – but when?

The best cheap running watches 2022: accurate GPS on a budget

How does an Instant Pot work?

Google is reportedly testing out a new feature for its browser that will make searching through your browsing history and bookmarks even easier in Chrome. First spotted by Chrome Story, ... Read more »

Jail time starts looking appealing real fast after 20-something alcoholic Sam is forced to sober up under her mom’s roof, as a result of a minor indiscretion involving a co-worker’s ... Read more »

SEOUL, Jan. 21 (Yonhap) — The following is the gist of the 14 trillion-won (US$11.8 billion) extra budget that the finance ministry proposed Friday to support small merchants hit by ... Read more »

England will begin lifting its winter Covid ‘Plan B’ restrictions from tomorrow. The announcement was made by Prime Minister Boris Johnson in the House of Commons on Wednesday. Speaking at ... Read more »

Emmanuel Macron has called on the UK government to tackle migrant crossings in the Channel by creating “legal, safe routes” to Britain. Read more »

Primark has revealed plans to cut hundreds of jobs in a shake-up of store management – as it pledges not to raise prices. Read more »

Javid told Sky News: “If any minister, from the PM down, breaks the law, they should not continue to serve as a minister.” Read more »

© Legendary Pictures Though Legendary’s Godzilla vs. Kong made waves last summer by debuting on HBO Max and quickly becoming one of the platform’s top performing features, the next time ... Read more »

SEOUL, Jan. 21 (Yonhap) — South Korea’s exports grew 22 percent on-year in the first 20 days of January on the back of solid demand for chips and petroleum products, ... Read more »

Cyclists will have priority on the road under the new rules. (PA) The new Highway Code coming into effect next week will introduce a 'hierarchy' for road users, with pedestrians ... Read more »

The National Security Agency (NSA) will now have even more power when it comes to protecting the US government’s computer networks following a new memorandum from President Biden. As reported ... Read more »

© Illustration by Alex Castro / The Verge The IRS will use a third party facial recognition company to verify online taxpayers The Internal Revenue Service will require people who ... Read more »

© Photo by MARK FELIX/AFP /AFP via Getty Images  The “Sandow Switch” that once was used by the Alcoa coal power plant now provides electricity for the Whinstone US Bitcoin ... Read more »

The next big Samsung Unpacked event, where we expect to see the Samsung Galaxy S22 for the very first time, is now set for February 2022. We’ve yet to find ... Read more »

Primrose Court in the Huyton area of Liverpool has gone viral on TikTok. (Reach) A street in Liverpool has become an unlikely viral sensation after a TikTok video highlighted the ... Read more »

A cross-Channel power cable project has been rejected by the government despite pressure to bolster energy supplies in the face of an unprecedented surge in prices. Business Secretary Kwasi Kwarteng ... Read more »

© Provided by Space A robotic SpaceX Dragon cargo ship approaches the International Space Station on June 5, 2021. A SpaceX resupply ship will have to wait at least one ... Read more »

— Recommendations are independently chosen by Reviewed’s editors. Purchases you make through our links may earn us a commission. The right kind of wine can be a tricky thing to ... Read more »

— Recommendations are independently chosen by Reviewed’s editors. Purchases you make through our links may earn us a commission. When it comes to animated movies, Disney and Pixar are the ... Read more »

The Associated PressFILE – In this April 22, 2021 file photo, cars wait at a red light during rush hour at the Las Vegas Strip, in Las Vegas. Two organizations ... Read more »

New leaks from Geekbench’s OpenCL test showcase the power of Nvidia’s RTX 3070 Ti laptop GPU. According to the benchmark, the GPU running in an MSI Vector GP66 12U gaming ... Read more »

— Recommendations are independently chosen by Reviewed’s editors. Purchases you make through our links may earn us a commission. It happens every winter. Like clockwork, we open our monthly energy ... Read more »

— Recommendations are independently chosen by Reviewed’s editors. Purchases you make through our links may earn us a commission. When life gets busy, going to the grocery store is probably ... Read more »

POIPU, Hawaii — A marine mammal rescue team is looking for an adult humpback whale entangled in debris off the coast of Hawaii. First responders removed about 2,000 feet (600 ... Read more »

— Recommendations are independently chosen by Reviewed’s editors. Purchases you make through our links may earn us a commission. There’s no need to make an extra trip to the butcher ... Read more »

— Recommendations are independently chosen by Reviewed’s editors. Purchases you make through our links may earn us a commission. If you’re looking for some calm this winter, we have good ... Read more »

Paying your taxes online in the US is about to get a whole lot more difficult as the IRS has revealed that taxpayers’ existing credentials will no longer work beginning ... Read more »

SEOUL, Jan. 21 (Yonhap) — Audi, BMW and five other companies will voluntarily recall more than 29,000 vehicles to fix faulty components, the transport ministry said Friday. This is the ... Read more »

© Provided by Space null Neil Armstrong was a NASA astronaut and aeronautical engineer. He famously became the first person to walk on the moon on July 20, 1969 during ... Read more »

© Photo by Nicolas Economou/NurPhoto via Getty Images There were concerns some altimeters might not properly filter 5G signals. The FAA has announced that an “estimated 78 percent of the ... Read more »

© Provided by Space Images acquired Jan. 9, 2022, from the Mars Color Imager instrument on NASA’s Mars Reconnaissance Orbiter were combined to create this view showing the presence of ... Read more »

‘Ghostwire: Tokyo' release date could be in March based on an apparent PlayStation Store leak

iPhone 15 Pro could get 5x optical zoom, but that's not good enough

Nubia Red Magic 7 could have the Galaxy S22 beat for gaming, and it's launching soon

The Batman's runtime is nearly as long as Avengers: Endgame

League of Legends: What to know about reworked Janna and Tahm Kench

Amazon Alexa down: the smart assistant is struggling to find its voice