Ryan Gosling is set to star as Ken in the ‘Barbie’ movie.

The 40-year-old actor is in talks to co-star with Margot Robbie, 31, in the live-action movie about Mattel, Inc’s iconic doll, according to The Hollywood Reporter.

Greta Gerwig and Noah Baumbach have written the script for the Warner Bros movie, with Gerwig attached to direct.

Robbie will produce the movie via her LuckyChap production company alongside her husband, LuckyChap’s Tom Ackerley.

Gallery: He wasn’t handsome enough to play 007? You won’t believe the actors that turned down James Bond! (BANG Showbiz) 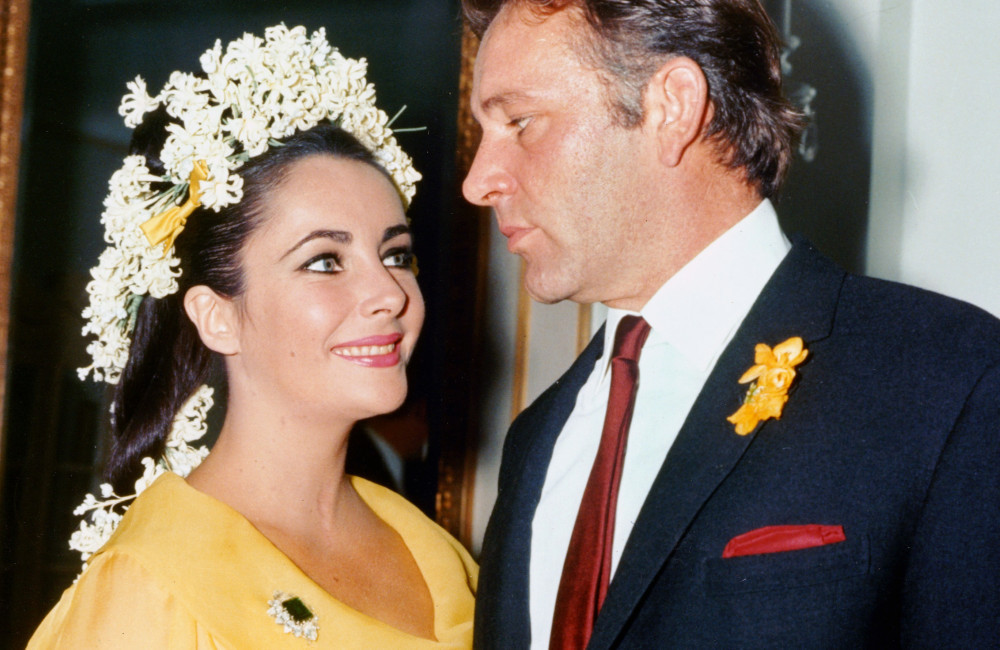 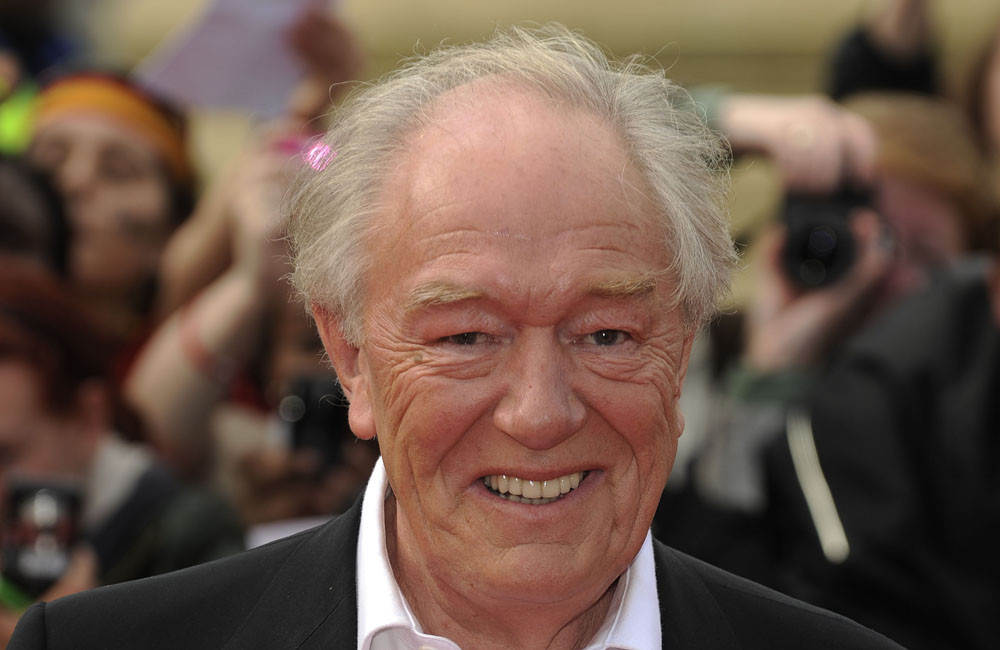 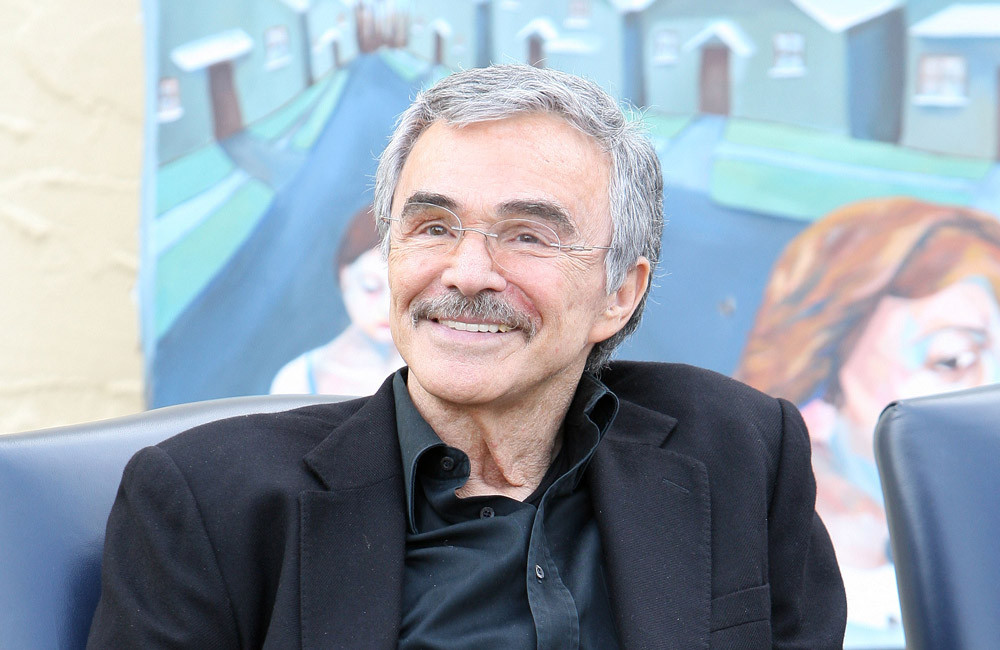 Shaken but not stirred…

Portraying 007 agent is one of the biggest (and most lucrative) roles in cinema. That’s why it’s hard to believe that some stars have declined the offer to slip into the British spy’s tuxedo. You’ll never believe the actors who, according to IMDb database, said 00-no!

Hollywood icon Grant is first on our list. The ‘Only Angels Have Wings’ star turned down the role in ‘Dr. No’ since he considered himself too old for it, as he was almost 60. Sean Connery was cast and the rest is history.

The Welsh actor was also considered to play the iconic role in two James Bond films: ‘Dr. No’ and ‘On Her Majesty’s Service’. Burton – who was famously married to Elizabeth Taylor, twice – declined the offers, the first time claiming it was too much of a risk to bring Ian Fleming’s literary creation to the big screen.

The ‘Wolverine’ star was considered to play James Bond in the mid 2000’s, following the release of ‘Die Another Day’ and Pierce Brosnan’s departure. Jackman turned down the role as he believed the previous script was “unbelievably crazy” and did not like the direction producers were taking the character.

The Western star was offered the chance to play 007 in 1971’s ‘Diamonds are Forever’ before producers managed to convince Sean Connery to play Bond again following George Lazenby’s one outing as Bond in ‘On Her Majesty’s Secret Service’. Eastwood turned it down for the same reasons Burt Reynolds had, since he believed that character should only be played by a British star.

Neeson got close to being 007. Ultimately though he turned down the role of James Bond in ‘GoldenEye’ because he did not want to be typecast as an action star. Ironically, in his later career, Neeson became a big screen action man thanks to his role in the ‘Taken’ franchise.

The English actor was considered for the role before Daniel Craig was ultimately cast for 2006’s ‘Casino Royale’. However, following rumours that Pierce Brosnan could return, despite having left the part, West turned down the role because he did not want to compete with him.

Adam West is another celebrity who did not want to play James Bond due to his nationality. The ‘Batman’ actor, born in the United States, turned down the role on ‘Diamonds are Forever’ because he believed the character should be played by a British actor.

This acting legend was also considered for playing Bond on ‘Diamonds are Forever’. Sadly, Michael Gambon turned down the role because he did not consider himself attractive enough for the iconic part.

The ‘Batman Begins’ star was considered for the part in ‘Casino Royale’ but turned it down. According to the book ‘Christian Bale: The Inside Story of the Darkest Drama’, Welshman Bale snubbed the 007 part because it reinforced “every stereotype of England”.

Hollywood action man Reynolds had quite valid and clear reasons for turning down the role of the legendary agent on ‘Diamonds are Forever’. Reynolds simply considered that an American actor, which was his case, should not portray Bond.

Ryan was previously offered the role during the summer but turned it down due to a scheduling conflict.

However, due to a delay in filming, he is now free to take on the part.

Margot previously vowed to give audiences “something totally different” to what they would expect from the famous Mattel doll.

Margot said last year: “Something like Barbie where the IP, the name itself, people immediately have an idea of, ‘Oh Margot is playing Barbie, I know what that is’, but our goal is to be like, ‘Whatever you’re thinking, we’re going to give you something totally different – the thing you didn’t know you wanted.'”

He explained: “As Margot said, you think you know what the movie is with Margot as Barbie, but Greta and Noah have subverted it, and we can’t wait to get into that one.”

The film centres on Barbie being expelled from Barbie Land for failing to live up to the expectations of its residents and Robbie hopes that it will put some “positivity out in the world”.

She previously said: “I think it’s a great opportunity to put some positivity out in the world and a change to be aspirational for younger kids.”

Omicron COVID variant: Israel to ban entry of foreigners from all countries

Omicron triggers fears about fresh outbreaks, here's all you should know about new COVID variant

Video: Biden heads to church after White House said he was 'fully briefed' on Omnicron variant: Fauci says he 'he wouldn't be surprised if it was already here' as Israel closes border to foreigners

Video: Incredible story of bald eagle that stole fisherman's shark: How raptor almost died at birth, was saved by vets and is now a local celebrity in Tampa

From 16 hours of playing World of Warcraft per day to tech entrepreneur: How a gamer turned his obsession into a start up worth MILLIONS - and why you SHOULDN'T have a business plan

A gamer has revealed how his 16-hour-per-day gaming obsession helped himLambros Photios was obsessed with World of Warcraft when he was a teenagerNow he runs a tech start up, employs 71 staff and helps aid organisations  Read more »

Financial Independence, Retire Early, or FIRE as it is commonly known, is a goal set by increasing numbers of people keen to depart the workforce before the traditional age of ... Read more »

One in three mortgage borrowers may be overpaying on their mortgage, FCA figures show, and the long term effects could lead to an increase in ‘mortgage prisoners’. A recent survey ... Read more »

© Provided by dw.com Some reported internet outages in the areas staging protests Protests in the Iranian city of Isfahan over the drying up of a river turned violent, as ... Read more »

FRAMINGHAM — The Framingham Police Department will use a federal grant that will help it find missing people quicker, particularly those who are at risk. The department received nearly $123,000 ... Read more »

Gold is often seen as one of the most stable and lucrative investment opportunities, but investing in gold doesn’t start and end with hiding a gold bar under the bed. ... Read more »

Ralf Rangnick will be hit by the “privilege and responsibility” that comes with managing Manchester United as soon as he walks through the doors at Old Trafford for the first ... Read more »

Pension contributions, specifically workplace or private schemes, are usually invested into the markets to better chances of ensuring a comfortable retirement. However, in recent years pension holders were given more ... Read more »

60-year-old Suzanne Noble has had an exciting career that has seen her work in TV production, PR and head up her own company selling baby slings. She has no plans ... Read more »

Manchester United supporters are on cloud nine following the news Ralf Rangnick is set to be appointed as the club’s interim manager. Rangnick brings with him a stellar reputation and ... Read more »

'A grand artistic dream': on the eve of Union, Umm Kulthum sings for Abu Dhabi

© Provided by The National Photo: Al Ittihad Could it be true? Al Ittihad newspaper broke the news in typically flamboyant style: “A grand artistic dream is materialising these days. ... Read more »

Aussie Rapunzel reveals why you should always use heat protector spray

© Provided by Daily Mail MailOnline logo A model has used a single piece of bread to demonstrate the importance of using heat protector spray when straightening your hair. The ... Read more »

Hundreds of residents from zone 51, 52 and 55 in Sampaloc, Manila wait to receive a first dose of Moderna’s COVID-19 vaccine during the launching of Manila’s 24/7 vaccination at ... Read more »

It would be no surprise if Manchester City made a move to sign a centre-forward in January. What would be a shock is if they sold one of the few ... Read more »

David Robinson, 53, was wanted for pulling an immigrant woman to her death down a set of subway stairs in Chinatown last JulyMother, Htwe Than Than, 58, grabbed hold of her son's backpack sending them both tumbling to the ground suffering a massive head injury She died 11 days later at Bellevue Hospital after being in a coma following the fall Robinson was caught in Central Park on Friday after four months on the run and was charged with murder and manslaughter in the brutal attack Subway crime has seen a 45 percent increase in the last 28 days as compared to last year with a 141 percent increase over the past week  Read more »

Around 70% of MoUs inked at Vibrant Gujarat Global Summit get fructified: Chief Secretary

Sustainable infrastructure, renewable energy and national hydrogen mission will be among the focus areas of the biennial Vibrant Gujarat Global Summit (VGGS), which has already seen the state government signing ... Read more »

Rains batter Tamil Nadu, showers in Chennai one of the most intense in 200 years, says CM

Switched off: Afghan media struggle to survive under Taliban rule

Ed Orgeron Announces He Will Not Coach LSU In Bowl Game

Mario Cristobal heading to Miami but not for reason you think

Soccer-Dortmund 'need to get better', says coach ahead of Bayern clash

California School for the Deaf-Riverside falls short of state championship