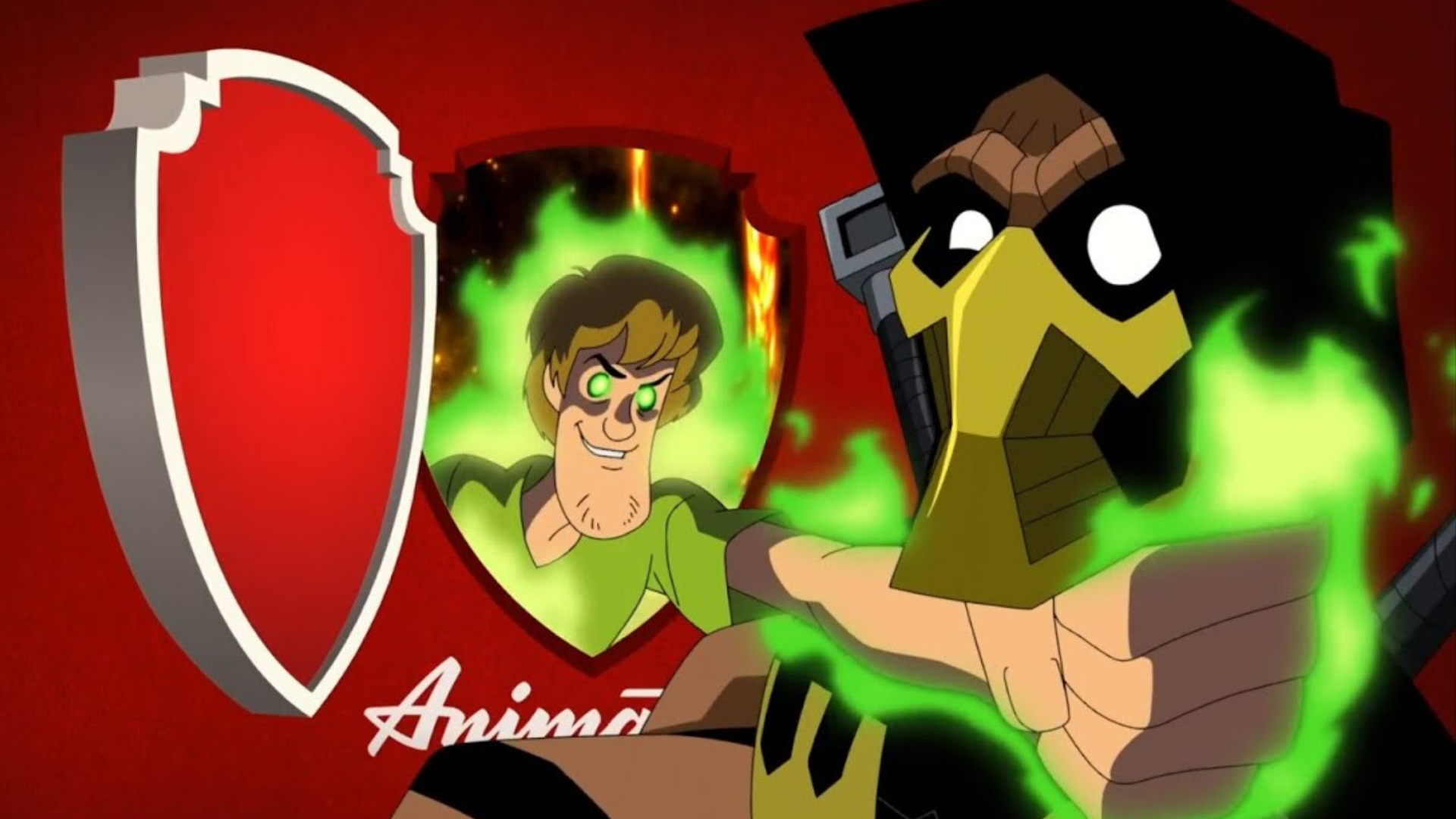 There have been many terrible ideas in gaming’s history, but it looks like Warner Brothers is going for gold. According to recent rumors, it’s developing its own Smash Bros-style fighting game starring Gandalf, Fred Flinstone, Batman, and Ultra-Instinct Shaggy.

Rumors surrounding the crossover game picked up a few days ago when a Reddit user claimed that NetherRealm is working on a platform fighter called Multiversus (which WB has filed a trademark for). The game was apparently inspired by the Ultra Instinct Shaggy memes that became popular in 2019.

While this seems far-fetched it’s not entirely out of character for NetherRealm. The team has previously created a DC fighting game with the Injustice series (with Injustice 2 also hosting the Teenage Mutant Ninja Turtles as DLC characters). More recently Mortal Kombat 11 has become a home for its usual champions as well as the likes of The Joker, Robocop, Rambo, and Spawn.

Adding further fuel to the fire is the intro to the animated series Mortal Kombat Legends: Battle Of The Realms which referenced Ultra-Instinct Shaggy – indicating that the company is indeed aware of the memes and is desperate to capitalize on them even years after they are relevant.

However not all the evidence points in this direction, at least not for NetherRealm’s involvement. The studio is known for a more traditional style of fighting game for starters for one, and VentureBeat writer Jeff Grubb has commented on Twitter that NetherRealm isn’t behind the project – but the game is real.

No matter who is making Multiversus though, if the game is real it’s an absolutely abysmal idea, a disaster waiting to happen, and we can’t wait to play it.

Opinion: It’s terrible… I love it!

There are very few universes out there where Multiversus isn’t a dumpster fire of a game.

Ultra-Instinct Shaggy – the rumored inspiration for this game – is a nearly three-year-old meme at this point; the social consciousness has moved on yet we know WB will try with all its might to drag us back (unsuccessfully) into the meme’s clutches.

Adding insult to injury is that this mashup of characters will be a sight to behold. Watching Gandalf and Shaggy interact would be strange enough as it is, but given WB’s terrible track record of tying its franchises into one universe – as seen in the much-bemoaned Space Jam 2 from earlier this year – we’re certain it will be an absolute mess.

If NetherRealm isn’t developing Multiversus either, then we know the fighting controls just won’t compare to the competition.

Yet as we face the fires of oblivion we can’t help but await an announcement; not as deer caught in the headlamps but as a diver purposefully leaping from the end of the board.

Because even the most awful games can provide joy. For many of us, it can be a distraction from the year we’ve had, something to laugh at and ridicule as the shameless cash-grab Multiversus almost certainly is. It’ll be the game we bring out at parties when the atmosphere has died down, several drinks have been consumed and everyone’s looking for some easy entertainment.

But for others, the love will be more genuine as they revel in this guilty pleasure.

Fan reactions to games like Smash Ultimate and Fortnite have shown that players love it when their favorite characters and series collide in unexpected ways. Even if the game itself is terrible there will be many fans who will just be excited to finally answer if Batman can indeed defeat Gandalf, and watch Fred Flintstone take on Mad Max.

If Multiversus is what we believe it to be, it’s going to be a delightfully bizarre game that is sure to make us laugh – most likely at it rather than with it. But who knows? Maybe Warner Bros. will have the last laugh when this thing is featured at Evo 2024.

Many workers were stuck with barely functional laptops during the pandemic

Poorly performing laptops and an often unresponsive IT department were some of the toughest challenges facing remote and hybrid workers during the pandemic, new research has found. Polling more than ... Read more »

Why I call bullshit on “the Apple Car's” rumored 2025 release

If you’re a fan of “allegedly,” “people close to the source,” and other rumor-inducing phrases — any coverage about the Apple iCar should be your cup of tea. This week, ... Read more »

The former CEO of Theranos, who is charged with falsely claiming to investors that her company had invented a revolutionary blood test, is on trial in the US. Read more »

Twitter on Tuesday faced an outage mostly for its web users in India as they reported problems in gaining access to its website. The outage came as the micro-blogging platform ... Read more »

Parag Agrawal’s appointment as Twitter CEO, which makes him the youngest CEO on S&P 500, means Twitter will have a full-time CEO for the first time in years. Parag Agarwal, ... Read more »

Danish offshore wind developer Orsted on Tuesday said it has secured a 12-year power purchase agreement with Google, which aims to power all its data centres and offices using solely ... Read more »

A panel found that Facebook would be able to increase its already significant market power in relation to other social media platforms. Read more »

Samsung set to compete against TSMC with new foundry in US

Philip Morris established a vaping room at Parc.1 in Seoul. Courtesy of Phillip Morris By Kim Hyun-bin Philip Morris Korea announced that it has created an outdoor smoking area for ... Read more »

Lenovo Group, the world’s largest personal computer maker, maintained its market leader position globally and at home in the third quarter despite a cancelled blockbuster IPO in Shanghai and a ... Read more »

The Linux Foundation has announced a new joint effort to help facilitate interoperability within the quantum computing ecosystem. Dubbed Quantum Intermediate Representation (QIR), the alliance is part of the Linux ... Read more »

GOG.com goes back to its roots with ‘handpicked' library of DRM-free games

We’ve just heard that GOG.com is losing money and has decided to change tack as a result, going back to its roots. The digital store, which is owned by CD ... Read more »

Grab this Bose QuietComfort Cyber Monday deal while you still can

Cyber Monday is drawing to a close, but there are still some fantastic headphones deals to take advantage of – and this excellent Bose discount has caught our eye in ... Read more »

Susanna Reid wowed viewers on Tuesday morning's episode of Good Morning Britain with her festive look – and even her co-stars had some comments to make! MORE: Susanna Reid recalls ... Read more »

Though the Omicron variant has dominated news stories this week around the world, little is known about its implications on the individual so far in the UK. But a doctor, ... Read more »

Labour Set To Back Call To Dock Boris Johnson's Pay By More Than £40,000

HP has a great selection of Chromebooks, especially if you’re planning on using one for college work, and this one is no different at Best Buy, as part of this ... Read more »

The best Usenet providers help you better connect with the sites and groups and files that you need. Usenet newsgroups have been around since the dawn of the internet as ... Read more »

From the risk that cryptocurrency lead to "a paradise for money laundering," experts say, to the difficulties of building a city from scratch. Read more »

Chinese intelligence is mounting “large-scale” espionage operations against the UK and its allies as it attempts to steal technology and distort political decision-making, the chief of MI6 has warned. In ... Read more »

This solar generator set can power your home for up to a week. And it's an extra 20% off right now

TLDR: Get prepared for anytime the power goes out with the Generark backup battery and solar power tandem, now at a special Cyber Monday price. It’s a crazy world out ... Read more »

Ruined King: A League of Legends Story is for both LoL and RPG fans

Ruined King: A League of Legends Story was released to the surprise of many on 17 November, after almost a year of silence from publisher Riot Forge since the game ... Read more »

India to have 500 million 5G subscriptions by 2027-end, claims report

5G is on track to become the dominant mobile access technology in terms of subscriptions globally by 2027 with 5G representing around 39 per cent of mobile subscriptions or 500 ... Read more »

Auto executives expect EVs will own half of US, China markets by 2030: Survey

Auto industry executives expect electric vehicles will make up just over half of new vehicle sales in the United States and China by 2030, and could do so without receiving ... Read more »

Australia to announce new enquiry into behaviour of Big Tech

Australia‘s Prime Minister Scott Morrison will on Wednesday announce a parliamentary inquiry into the behaviour of the world’s largest technology companies and the need for new legislation. Australia has led ... Read more »

Meta ordered by UK competition watchdog to sell off Giphy

The United Kingdom’s antitrust watchdog has blocked Facebook’s acquisition of Giphy and ordered the social network to sell off the GIF-sharing platform, saying the deal hurts social media users and ... Read more »

COVID-19: What coronavirus rules came into force in England today?

Fresh measures designed to deal with the emergence of the new COVID-19 variant Omicron have come into force in England. Read more »

(PA) Sadiq Khan on Tuesday admitted an entire Tube line may have to close as a result of Transport for London’s financial crisis. The Mayor said axing one of the ... Read more »

Dr Jenny Harries, chief executive of the UK Health Security Agency, says people should not socialise unnecessarily before Christmas. (PA) The government has flatly contradicted COVID guidance from one of ... Read more »

Omicron symptoms: What to look out for as doctor says new Covid variant completely different to Delta

A doctor in South Africa, one of the first persons to suspect the emergence of a different virus strain, assured that the symptoms of Omicron are “mild,” amid rising concerns ... Read more »

A senior French minister has accused the UK of an economic model of “quasi-modern slavery” amid the ongoing row over small boat crossings in the English Channel. France’s Europe minister ... Read more »

Facebook has been ordered to sell the animated gif service Giphy by the competition watchdog in its biggest intervention against a Silicon Valley giant yet. © Provided by The Telegraph ... Read more »

Astronomers have observed the closest pair of supermassive black holes to Earth ever seen. There is much less separation between the two objects than any other pair than has previously ... Read more »

Windows 11 not only brought a great new selection of features, tools and apps, but also a completely new look. The redesign introduced by Microsoft is not to everyone’s tastes ... Read more »

How to use two VPNs on one device