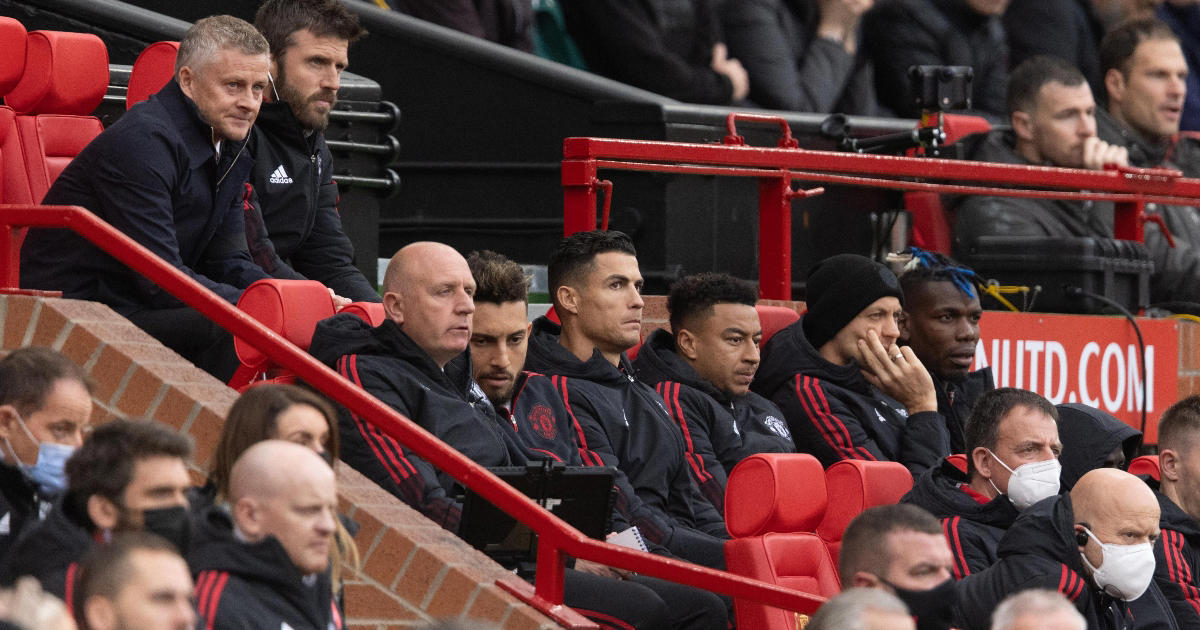 Cristiano Ronaldo has told Ole Gunnar Solskjaer that he should not have benched him in Manchester United’s draw against Everton, according to reports.

The Red Devils manager left the Portugal captain on the bench – sparking plenty debate on whether or not it was the correct decision.

Solskjaer defended himself, admitting he wants Ronaldo on the pitch as much as possible but insisted he must “manage the players” so they are “firing” in the “final stretch” of the season.

However, according to a Sun source, the 36-year-old was not happy to be left out of the starting XI for the Everton match.

“Ronaldo was extremely disappointed for being benched,” the source claimed.

“Ole presumed that he was tired after the Villarreal game, so he decided to only put him on early in the second half.

“But Cristiano told him that he will tell him when he isn’t fit to play and that he wants to play in every single league game.

“He also told him that he has come here to win trophies and that United need to play their most important players in all of the games.”

Speaking before Saturday’s game against Leicester, Solskjaer insisted he is “relaxed” about the criticism from Ferguson.

“I’m sure Sir Alex knows that it doesn’t bother me. We all want to see Cristiano. We all want to, because he’s unique, he’s different, he’s had a career and everyone wants to come and watch him.

“But the plain fact of it is he cannot play every single game that we play, that’s just physical nature, human nature.

“He knows how difficult this job is anyway, the gaffer. He didn’t always play the same eleven.

“He took some risks at times to rest Ryan Giggs, Wayne Rooney or David Beckham, the best players that we had. Sometimes it worked, sometimes it didn’t.”

Matthew Stafford reportedly has various injuries, even if he's not on the injury report

This content is not available due to your privacy preferences.Update your settings here to see it. The Rams emerge from their bye today, and their quarterback officially is healthy. Unofficially, ... Read more »

© Provided by The South African Marumo Gallants lost 1-0 to away from home to Congolese giants TP Mazembe in the first leg of their CAF Confederation Cup additional Preliminary ... Read more »

Watch: Lionel Messi gets brilliant hat-trick of assists for PSG

© PA Images Messi-PSG-St-Etienne Lionel Messi has started to find his feet at Paris-Saint Germain after a relatively slow start, and he showed exactly why he is an all-time great ... Read more »

All week leading up to The Game, ESPN’s resident SEC shill and professional Jim Harbaugh hater Paul Finebaum said it was all but impossible for Michigan football to take down ... Read more »

© Provided by Independent Online (IOL) Cape Town — Irish rugby team Munster and Welsh side Cardiff were unable to leave South Africa as planned on Sunday after both returned ... Read more »

© Courtesy of EGA Emirates Global Aluminium employees at the company’s Taweelah refinery in Abu Dhabi.  Aluminium production is one of the core sectors of the economy that will be ... Read more »

Leicester boss Brendan Rodgers hailed in-form James Maddison as a “real inspiration” for the Foxes following their 4-2 win over Watford. © Getty Images GettyImages-1355689738.jpg The midfielder scored one and ... Read more »

© Getty Images west ham Manchester City offered West Ham a reminder of how the finest of margins can make the difference at the top. The Hammers are in the ... Read more »

Spurs fan travelled 4,600 miles and 31 hours to watch Burnley game - it got called off

The Premier League clash between Burnley and Tottenham at Turf Moor on Sunday afternoon was called off less than an hour before kick-off due to heavy snow. © GiveMeSport A ... Read more »