She said: “I could always remember it was Christmas and we were funding Not on the High Street through our credit card chequebooks at the time. “I was maybe going to lose my home and I had a very young child and we had risked it all.

“We were lucky enough that we managed, thanks to a friend who was in a church in the south of France who happened to sit on a pew next to someone she knew. That friend knew of a gentleman called Tom Teichman.

“Tom Teichman ran SPARK ventures which were the first people to write the first check for Lastminute.comLink

“It was at that moment that he said you’ve got the spark we’re going to invest in you.”

Ms Tucker is best known for her company NotontheHightStreet.com – an online marketplace for artisanal and niche products. 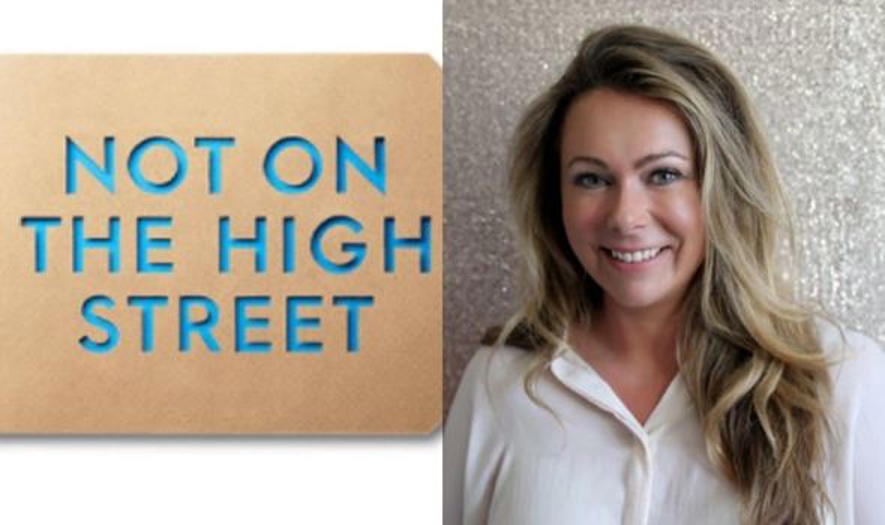 She started the brand from her kitchen table in 2006, growing it to a multimillion-pound firm.

It now employs more than 200 people and has helped some of its own sellers reach that magic million-pound mark.

Ms Tucker continued: “Well, we grew Not on the High Street and it was phenomenal.

DON’T MISS Retirement planning: The ‘really crucial step’ when it comes to maximising your pension [ANALYSIS]State pension: Britons eligible for £8,900 from DWP underpayment error – how to claim [UPDATE]

“I’m so happy that we created it but what I’m so happy about is the small businesses that never let us down, that were so creative.

“And in turn have gone on to have phenomenal lives too. You know it it’s just a beautiful story.”

Ms Tucker started her advertising career at 20 years old, working as an account manager in London with prestigious clients such as L’Oréal. 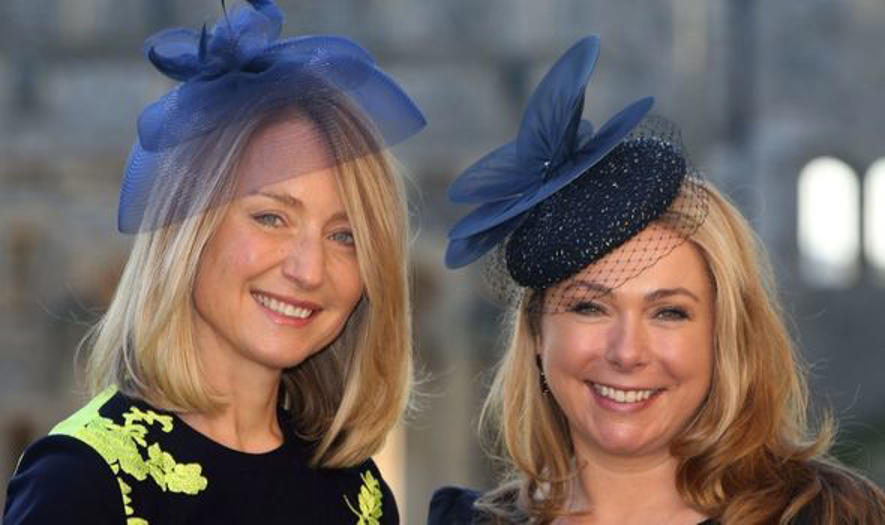 © GETTY Not on tHE hiGH STREET

However, after a year, Ms Tucker was forced to dramatically slow down after learning she had an inoperable brain tumour. This led to her having to quit her job.

It was during her hardest times that Ms Tucker developed the motivation which has brought her so far today.

As a distraction she started making wreaths out of vegetables.

Thankfully, Ms Tucker got better, and started to sell these wreaths more seriously.

Struggling to find venues to sell her creations, Ms Tucker decided to organise a fair for small businesses in Chiswick, West London.

More than 100 businesses signed up, so she began organising many more. Whilst doing these, she realised that the success of the fairs was dependent on weather.

The amount of people that would turn up to the fairs would decrease if it rained the roof leaked. “When it rained, when it poured, you name it, people wouldn’t turn up,” she added.

So, with her friend Sophie Cornish, in 2006, Ms Tucker launched Not On The High Street – a website where small businesses can sell their products.

At that time, it was the only online marketplace in the world apart from Amazon and eBay.

Within a decade the pair, who have been awarded MBEs for their achievements, were running a multimillion-pound enterprise, employing more than 200 people, with around 200 of the tens of thousands of small businesses signed up hitting an annual turnover of £1 million.

Isis Raheem: '1791 is one of the most important dates for Africans everywhere in the world'

Damel Carayol on making abstract art from an Afrocentric perspective

‘Squid Game' might foster a generation of violent bullies: expert

At least 35 killed by floods, landslides in India's Kerala state

© Provided by Al Jazeera Operations are under way to clean up the streets as more rain is expected from Wednesday [Kerala government public relations office via Reuters] At least ... Read more »

WE'VE all come a long way since high school and looking back at photos often make us cringe. But one woman's impressive glow up is a little more extreme than ... Read more »

Kevin De Bruyne has no really bad memories of his nightmare Champions League final — in fact, he barely has any memory of it whatsoever. The Manchester City midfielder was ... Read more »

NEWCASTLE are stepping up their search for a new manager with Steve Bruce reportedly on borrowed time. The new Saudi owners are reported to have identified former Arsenal boss Unai ... Read more »

© AP The EU has published proposals to reduce trading friction created by the contentious post-Brexit arrangements for the Irish Sea – AP The UK left the European Union on 31 ... Read more »

Jayson Molumby might’ve only been on the pitch for around half an hour on Friday night, but he left his mark on his home debut for West Bromwich Albion. The ... Read more »

Market Movers: Has the DMart gravy turn finally come to a halt?

Gunfire erupted early Sunday during a homecoming event at Grambling State University, killing one person and injuring seven others just days after another deadly shooting at the Louisiana school. The ... Read more »

Royals, and Sex Education, see jump in preference for Archie and Otis

© PA Meghna Harry and Archie 181021.jpg Prince Harry and Meghan Markle appear to have boosted Archie in the name ranks since the birth of their son Archie Mountbatten-Windsor. Archie ... Read more »

Parents are seeking inspo from their favourite TV shows. (Getty Images) The most popular baby names list in England and Wales has been released and mums and dads-to-be will no ... Read more »

Colin Powell, former US secretary of State, dies of COVID

From today, four Scandinavian airlines will no longer require passengers to wear a mask while flying around the region. © Getty Images Scandinavian Airlines planes at Arlanda Airport, Sweden. – ... Read more »

© Tim Graham – Getty Images Prince Charles has shared a touching tribute to his son Prince William saying he is “very proud” of his son and his efforts with ... Read more »

A recent Road Haulage Association (RHA) survey found there was a shortage of more than 100,000 qualified drivers in the UK. Many of these drivers that have left the sector ... Read more »

LIVE – Updated at 13:22 © Getty Images bitcoin price crypto ethereum.jpg The price of bitcoin is rapidly closing in on a new all-time high after another surge at the ... Read more »

This is Britain's best hotel for 2022, according to the AA

The AA has named the best hotels in the UK for 2021, with a luxury hotel in the Lake District and Yorkshire receiving its top accolade. © Grantley Hall Gilpin ... Read more »

Police: The Kongsberg attacker used stabbing weapons – the number of victims will be in the double digits

The Kongsberg attacker used stabbing weapons when he killed five people on Wednesday last week. The total number of the victims (both killed and injured) is in the double digits. ... Read more »

Spain tries out tourist pod hotels: No views, bathrooms or standing space for £26 a night

With no windows, private bathrooms or room to stand up, the new capsule hostels aren’t for everyone. Pods are available for solo travellers and couples and could be a way ... Read more »

Was Everton goalkeeper Jordan Pickford fouled by Michail Antonio? Should Brighton have had a penalty at Norwich? And Dermot Gallagher's praise for referee Andre Marriner and the players after a fan required medical assistance during Newcastle's match against Tottenham Read more »

A new study carried out by hydration company air up, found that millions of Brits are drinking diet soft drinks to be healthier, but it “caused more problems than it ... Read more »

Not only does Chris Evans have impeccable style and a great physique, but he’s also refreshingly honest about his mental health and regularly comments on his relationship with anxiety with ... Read more »

WAA transforms Beijing warehouses into a playscape for sensory learning

A playful network of large pipes containing walkways and bridges wraps around this children’s community centre in Beijing by local practice We Architech Anonymous (WAA), housed in a series of ... Read more »

© Provided by City AM The Buy Now Pay Later sector (BNPL) has seen a surge of activity since the start of the pandemic as consumers turned to online shopping ... Read more »

Every morning, Kiran Sandhu wakes up grateful for another day with her husband Bally Singh Sandhu, who has been on the waiting list for a kidney transplant for three-and-a-half years. ... Read more »

To coincide with World Menopause Day on Monday (18 October), Boots has launched a dedicated hub to make it easier for customers to find solutions for all 40 signs and ... Read more »

A British microchip company is building a new factory in the North East to produce flexible processors intended to power the next phase of the internet. © Provided by The ... Read more »

What happens if your energy supplier goes bust? Your top SIX questions answered

Energy suppliers have started to crumble as the UK enters the coldest months of the year. Several companies have cited growing costs associated with their profession and the Government’s energy ... Read more »

© Provided by City AM London’s mayor Sadiq Khan has announced that, as part of his plan to make London net zero by 2030, new developments will need to be ... Read more »

Cheers to that! Rishi's Brexit plan for English sparkling wine to replace champagne

The Chancellor is thought to be planning a radical overhaul of the UK’s complicated alcohol tax system. He is set to restructure the system to boost sales of drinks produced ... Read more »

How to cut your costs on TV and music streaming services

With household bills climbing, it is time to start looking at cutting back on those unnecessary subscriptions. Streaming services are a godsend to keep you entertained when the winter nights ... Read more »

Bank of England to hike rates in just over two weeks

© Provided by City AM The Bank of England will scale back the wave of stimulus it unleashed in response to the Covid-19 crisis in just over two weeks. That’s ... Read more »

DPP: Zahid had actual knowledge of status of Akalbudi funds at all times

Child stunting from malnutrition could increase in Pacific in wake of Covid, experts warn

‘He might be a bit wary' – Assessing Gary Rowett's situation at Millwall: The verdict

'My understanding is' - Journalist reveals SAFC star 'could do with surgery'

Haas 'ready to get points' with better car in 2022

Emiliano Sala: Man who organised footballer's flight admits one charge ahead of trial