With Europe in the midst of an energy crunch and Covid cases across the UK on the rise, many Britons fear the nation is walking straight into a winter disaster. The rising cost of wholesale gas has already priced out a number of small energy suppliers since September, and the increased demand for heating in the cold weather is bound to put more strain on the system. To stop the energy crisis from hitting customers squarely in the pockets, a not-for-profit trade body has called on the Government to temporarily cut VAT on gas and energy.

According to Mike Foster, chief executive of the Energy and Utilities Alliance (EUA ), the drastic measure could prevent poorer households from having to make the choice between “heating and eating”.

For those on the price cap, scrapping VAT could save customers up to £65 a year at the present level.

Although not ideal, Mr Foster told Express.co.uk it would go some way towards alleviating the pressure. 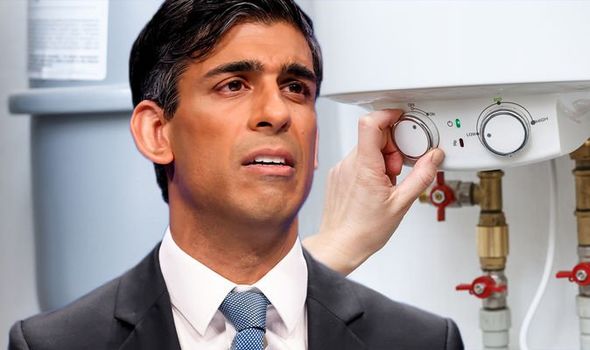 He said: “We accept it is not a perfect solution, but it is a good solution in the sense that it gives some respite to rising energy bills.

“That doesn’t cover how much it has increased by but it’s better than nothing.”

According to a recent poll published by the EUA, 76 percent of those questioned by the trade association were in favour of scrapping the tax.

For comparison, only 11 percent voted against the last-ditch measure. 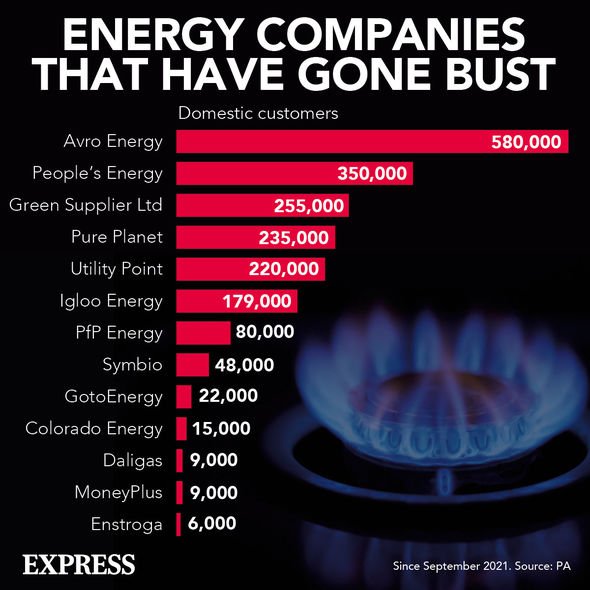 More importantly, scrapping VAT would fulfil one of the pledges made by the Brexit campaign.

Prime Minister Boris Johnson and Michael Gove both promised during the 2016 campaign that “fuel bills will be lower for everyone” as Britain would no longer be tied to the European Union regulations and red tape.

The Prime Minister said: “When we Vote Leave, we will be able to scrap this unfair and damaging tax.

“It isn’t right that unelected bureaucrats in Brussels impose taxes on the poorest and elected politicians can do nothing.”

Mr Foster said: “They promised to scrap VAT on energy and so in sowing the sort of seeds of division around Brexit, some people would have found that a very good argument.

“And we know it’s popular when it’s cold. 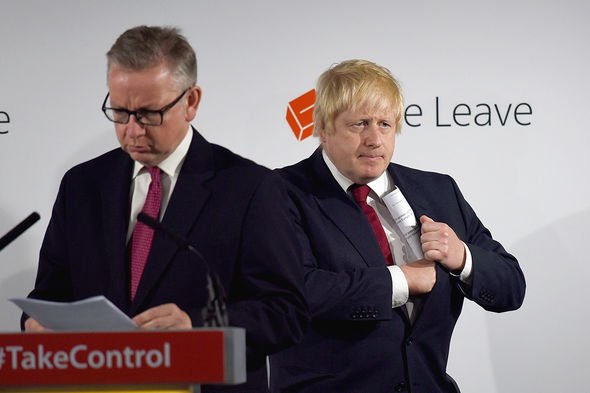 “Three-quarters of the population want to see VAT cut on fuel.

“And so, given it was promised by the Prime Minister and a member of the Cabinet a couple of years ago, in effect, in an election campaign, it would now be the ideal time to fulfil that promise.”

Mr Foster has said there should be enough gas in the system this winter to prevent a full-blown crisis.

However, he understands that many people are fearful about what the upcoming months conditions might bring. 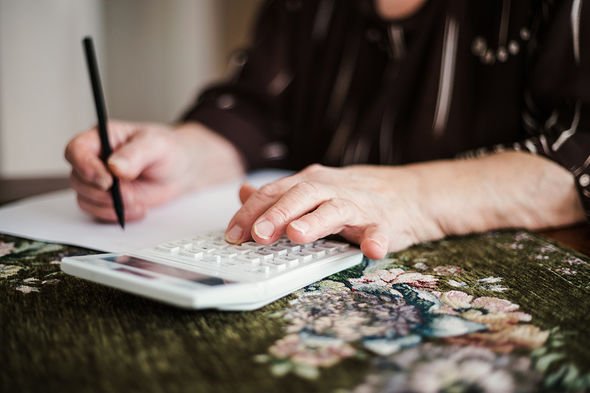 Before the energy crunch, there were more than three million households in fuel poverty across the UK.

By spring, Mr Foster warned there could be as many as five million.

He said: “The expectation is in April the price cap will go up, so it’s a perfectly feasible position to be in, come April 1 next year, for the UK – the sixth richest country in the world – to have five million households in fuel poverty.

“The consequence of that – yes the adage about the choice between heating and eating – but from the GP perspective, the health perspective, having a cold home is enormously damaging for health reasons.”

Health experts have warned about the health risks associated with cold homes this winter, particularly in the wake of Covid and the flu.

Everything we know about Ethan Crumbley's parents, who have been charged with manslaughter

Video: Russian fighter jets escort American spy plane away from its borders over tense Black sea amid new US intelligence claims that Putin plans to invade Ukraine in early 2022 with 175,000 troops

Video: Jabs for kids gets the green light as the TGA gives provisional approval for the Pfizer Covid-19 vaccines for children aged 5-11 - here is everything you need to know

Parenting Tips: How Much Liberty Should Be Given To Children?

© Provided by BollywoodLife.com Janhvi Kapoor is very popular with the paparazzi. There is a craze for the gym looks of the actress. As we know, Janhvi Kapoor’s gym shorts ... Read more »

Eileen Ash, the oldest Test cricketer of all time and honorary life member of the MCC, dies at 110 after making her England debut in 1937

Eileen Ash was the oldest Test cricketer at the time of her death on December 4 Ash, a right-arm seamer, made her Test debut against Australia back in 1937DShe was also seconded to MI6 during the war and played golf until 98 years old Read more »

© Shutterstock Damien Storan GARDAÍ HAVE ISSUED a further appeal for witnesses to a shooting in Tallaght yesterday.  A man aged in his 50s was shot at a house on ... Read more »

Covid threat to remain 'for five to 10 more years'

Macron wraps up Gulf tour in Saudi with MBS meeting

Surprise surprise! The supreme court is coming for women's rights after all

Cat-calling and harassing women in the street could become an offence under plans to criminalise sexual harassment, it has been reported. But it’s said a government-commissioned review, expected this week, ... Read more »

Facebook down for thousands of users two months after major outage

Facebook: latest court case shows how Europe is clamping down on big tech

Facebook’s approach to users’ data has just been dealt a major blow from the European court of justice (ECJ). In an answer to a question from Germany’s highest court, the ... Read more »

A person of interest has been identified in a shooting that left one person dead and another injured. The Kansas City Police Department was dispatched on a shooting about 10:30 ... Read more »

Ballon d’Or winners Ronaldinho and Rivaldo both included Arsenal youngster Bukayo Saka in their top three for this year’s Kopa Trophy. The acclaim caps off a remarkable year for Saka, ... Read more »

LOCK Stock And Two Smoke Barrels was a HUGE hit in the 90s and saw Vinnie Jones launch his acting career. But another break out star from the Guy Ritchie ... Read more »

The Magnificent 20: The best western films of all time

© Produzioni Europee Associate westerns-good-bad-ugly.jpeg The western is one of the most beloved genres of all. In recent years, it seems to have been making a comeback of sorts. Just ... Read more »

Gavin Bazunu ‘fully committed to being one of the best goalkeepers in the world', says ex-Ireland star

© Provided by Extra.ie Republic of Ireland goalkeeper Gavin Bazunu can ‘go all the way’, according to Portsmouth teammate Shaun Williams. Williams — who represented Ireland in 2018 — is ... Read more »

BERLIN — German police said they found five bodies Saturday in a house just outside the capital. Officers found the bodies in Koenigs Wusterhausen, southeast of Berlin, while responding to ... Read more »

Stephen Sondheim Once Made Trey Parker The Offer Of A Lifetime

Roy Rochlin/Getty Images Stephen Sondheim — who recently passed away at the age of 91 — was one of the most gifted composers and lyricists of all time. Known for ... Read more »

SAM Smith and their entourage left a fan in tears after telling her to “shut up” when she spotted them on a night out. In a series of videos shared ... Read more »

Dec. 4—An Evergreen man convicted of strangling his neighbor to death during a fight 13 years ago is facing a possible return to state prison after he allegedly got into ... Read more »

Mercedes world champion Lewis Hamilton is urging Formula One to do more to force changes in countries like Saudi Arabia and Qatar if they’re going to continue racing there. For ... Read more »

France’s conservative party on Saturday chose the moderate chief of the Paris region Valerie Pecresse to challenge President Emmanuel Macron next year, a pick that will likely have major influence ... Read more »

FACEBOOK has gone down again for hundreds of users just months after a massive outage. Frustrated users say they can't access the social media site and are being met with ... Read more »

George Osborne: British Museum will not ‘shrink in the face of the culture wars'

Visitors to the British Museum view the Elgin Marbles collection which has been at the centre of an ongoing controversy – George Rose/Getty Images The British Museum will not “shrink ... Read more »

Levy must axe "unique" £26m-rated Spurs flop, Conte has only said "two words" to him - opinion

Ralf gets to business! Rangnick puts his squad through their paces

© Provided by Daily Mail MailOnline logo Ralf Rangnick has overseen his first training session at Manchester United as the clubs new interim boss finally got down to work after ... Read more »

Antonio Cassano: Cristiano Ronaldo told me to respect his achievements

© Provided by Daily Mail MailOnline logo Antonio Cassano has sensationally claimed Cristiano Ronaldo told him to ‘respect’ his achievements after Cassano was critical of the Manchester United star. The ... Read more »

Messi: I don't like being a role model and never tried to be the best

Lionel Messi says he does not feel comfortable being a role model and has never dreamed of being the best player in football history. The Paris Saint-Germain star was given ... Read more »

A petrol attendant stands next to a newspaper headline in Pretoria, South Africa The new omicron coronavirus variant has been found in at least 10 U.S. states a little over ... Read more »

Every year, up to 500 French people with disabilities are forced to cross into Belgium to seek the care they need. That’s due to a shortage of places in French ... Read more »

Individual shot in foot in Fort Worth shooting Friday evening

A Fort Worth shooting Friday evening left one person injured. The shooting occurred around 5:30 p.m. near the 5000 block of E. Lancaster Ave. East Division officers responded to the ... Read more »

Maharashtra today recorded its first Covid case of Omicron variant, thereby taking the national tally to 4. The person is reported to have travelled to Mumbai from South Africa via ... Read more »

© Provided by Pinkvilla Neha Bhasin is a popular singer known for hit songs over the years. The singer came into the limelight with her stint in Bigg Boss OTT. ... Read more »

© Provided by Zee News New Delhi: Omicron variant is not fatal but India should not rule out the possibility of a third COVID-19 wave amid the emerging scenario, said ... Read more »

View | Leader, not a trader!

A royal mandap for Katrina Kaif and Vicky Kaushal's wedding? What we know

LeBron James on NBA health and safety protocols: 'It was handled very poorly'