HM Revenue & Customs is already collecting more inheritance tax (IHT) from bereaved families than ever before, with revenues hitting a record high after breaking through the £6billion barrier for the first time. That’s £1billion more than a year ago, a rise of almost a fifth. Soon they could climb even higher.

Rishi Sunak has already increased the inheritance tax (IHT) burden once this year, in his Budget on 3 March.

He froze the nil-rate band at £325,000 until 2026, five years away. This means every year more families will get sucked into the IHT net as house and share prices rise.

Now he may come back for more when he unveils his three-year Spending Review and Autumn Budget on October 27. 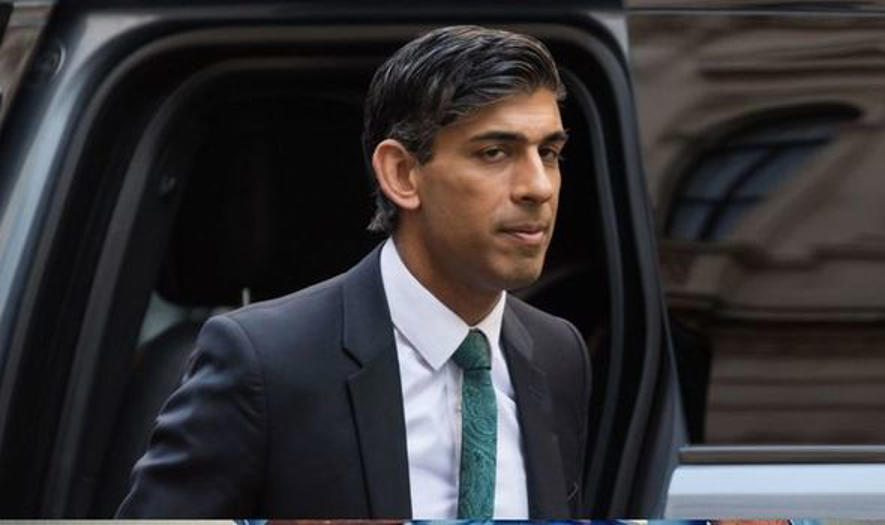 AJ Bell analyst Tom Selby said inheritances may prove too juicy a target for the cash-strapped Chancellor to resist.

One option is to increase the 40 percent IHT rate that currently applies to all family assets that fall above the nil-rate thresholds.

Many already believe this tax rate is punitive, so any increase would cause an outcry.

Selby said the Chancellor may prefer to lower the nil-rate threshold instead, so that people start paying inheritance tax much sooner, say, on assets totalling £200,000 or £250,000.

Sunak has another option. “He could raise money and simplify the system by scrapping the £175,000 main residence nil-rate band on family homes,” Selby said.

This complex tax charge has come into criticism for making the IHT system even more confusing, so the Chancellor could sell this as part of HMRC’s tax simplification efforts.

“The main residence tax break looks quite generous in the context of a pandemic which has ripped a significant financial hole in the Treasury’s finances.”

Sunak will be considering all of his options, including a combination of several measures. “I don’t think you can rule anything out at the moment,” Selby added.

The Chancellor risks destroying his popularity in the process and could meet opposition from Boris Johnson. 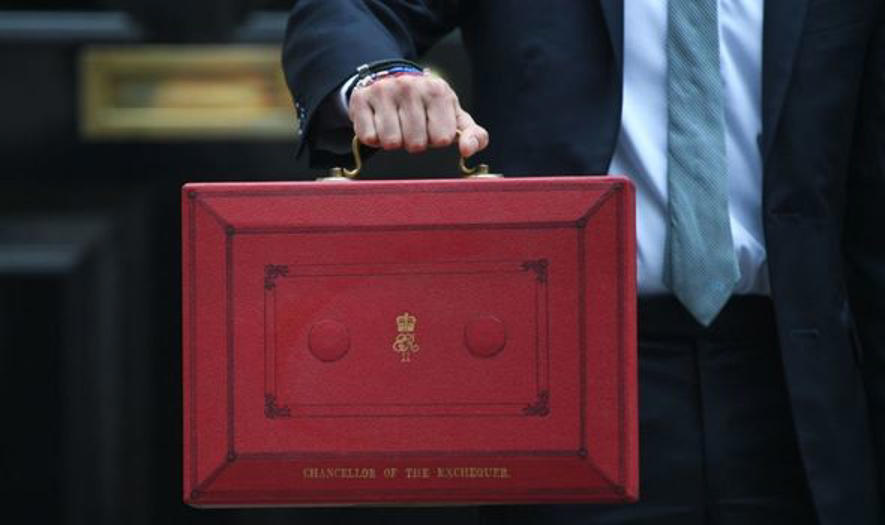 “IHT was original supposed to affect only the super-rich but is now increasingly hitting middle England.”

Sunak is under huge pressure. “The pandemic has led to record peacetime borrowing, and the Treasury will be looking to balance the books any way it can.”

Giddens urged families to start IHT planning now to ensure they can pass the fruits of their labour to their children.

Romoney Crichlow's loan spell away from Huddersfield Town: How's he getting on? Can he become a Terriers first-teamer?

‘Definitely turned a corner' – Are Swansea City outside play-off contenders after back-to-back wins? The verdict

Timmy Abraham's loan spell away from Fulham: How's he getting on? Can he become a Cottagers first-teamer?

Billie Jean King: 'Ons Jabeur is living the dream the Original 9 had 51 years ago'

© Provided by The National Ons Jabeur, left, with Billie Jean King after receiving a signed copy of the American’s autobiography, ‘All In’. Photo: @BillieJeanKing via Twitter When Billie Jean ... Read more »

© Provided by The National The Prestwick space port in Scotland will offer a horizontal launch pad and is expected to begin operations in 2023 or 2024. Photo: Prestwick aerospace ... Read more »

A look at the day ahead from Tommy Wilkes. © Reuters/Wolfgang Rattay FILE PHOTO: Customers at the food discounter ALDI buy groceries, as the spread of coronavirus disease (COVID-19) continues, ... Read more »

UP Elections: In Akhilesh Yadav-Om Rajbhar Alliance, Asaduddin Owaisi Could be the Loser

© Provided by News18 UP Elections: In Akhilesh Yadav-Om Rajbhar Alliance, Asaduddin Owaisi Could be the Loser The alliance between the Samajwadi Party (SP) and the Suheldev Bharatiya Samaj Party ... Read more »

'A success of India and the success of every countryman': 10 best quotes from PM Modi's address to nation

© Provided by Firstpost ‘A success of India and the success of every countryman’: 10 best quotes from PM Modi’s address to nation Prime Minister Narendra Modi addressed the nation, ... Read more »

Courts backlog will remain a problem for many years, report warns

The backlog of cases waiting to be dealt with by criminal courts will “remain a problem for many years”, severely affecting victims, Whitehall’s spending watchdog has warned. The number of ... Read more »

The mother and step-father of a five-year-old boy whose body was found in a river in south Wales last week have appeared in court. Logan Mwangi, also known as Logan ... Read more »

The Tirumala Tirupati Devasthanams (TTD) has released the online quota of its Rs 300 special entry darshan tickets for the Tirumala temple on its official website. The tickets for special ... Read more »

In a suspected case of food poisoning, 26 personnel of the Indo Tibetan Border Police (ITBP) fell ill with after consuming meal at their camp in Chhattisgarh‘s Rajnandgaon district, officials ... Read more »

Facebook whistleblower Sophie Zhang, a former data scientist with the company, has claimed that fake accounts were used during the 2020 Delhi Assembly election by AAP, Congress and BJP to ... Read more »

© Provided by News18 Fire in Mumbai Highrise, Man Seen Falling from 19th Floor The 19th floor of a highrise in south Mumbai caught fire on Friday. In a video ... Read more »

Maharashtra TET exam 2021 postponed, to be conducted on November 21

Maharashtra State Council of Examination has postponed Maharashtra TET Exam 2021. The Maharashtra Teacher Eligibility Test will now be conducted on November 21, 2021. Candidates can check the official notice on ... Read more »

© ES Composite ArsenalPredictedXIAubav1.jpg Arsenal will assess the fitness of several stars ahead of tonight’s quick Premier League turnaround against Aston Villa. Mikel Arteta would not name all the players ... Read more »

Paul Pogba has taken the opportunity to praise the work of boxing legend Muhammad Ali as he celebrates Black History Month. The Manchester United star has explained how his approach ... Read more »

Ex-Wolverhampton Wanderers chief Kevin Thelwell is reportedly a contender to become mega-rich Newcastle United’s new sporting director. The Magpies have become the richest club in the Premier League after the ... Read more »

Arsenal vs Aston Villa prediction: How will Premier League fixture play out tonight?

Star WA paceman Jhye Richardson will be held back from one-day duties for the short term to allow him to build a case for a dream Ashes call-up. © Richard ... Read more »

© Provided by Daily Mail MailOnline logo A remote part of the Northern Territory is set to become the world’s biggest solar farm – and transmit power to Singapore through ... Read more »

Consumers who use buy now pay later schemes including Afterpay and Zip Pay could soon be slugged a fee to use the increasingly popular payment method in line with a ... Read more »

T20 cricket has energised the longer formats of the game and is good for promoting the sport, former India and Pakistan captains Sunil Gavaskar and Wasim Akram have said. Gavaskar ... Read more »

© PA Archive Police Stock A man was stabbed during a knife attack in Earlsfield on Thursday. The 22-year-old was found with a stab wound and taken to a London ... Read more »

Public mental health services in the UK are failing to adequately support people who are living with HIV due to a lack of knowledge and understanding about the virus, a ... Read more »

Mumbai cinemas reopen after 18 months as life swings back

Real Madrid’s chances of landing Borussia Dortmund forward Erling Braut Haaland are reportedly fading with the entrance of Manchester City and Paris Saint-Germain to the race. The two clubs are ... Read more »

© Provided by This Is Money MailOnline logo UK retail sales dropped by 0.2 per cent in September, adding to signs of weakness in the recovery and bucking economists’ expectations ... Read more »

The FBI has identified human remains found in a Florida nature reserve as those of Brian Laundrie, the missing fiance of murdered travel blogger Gabby Petito. © via REUTERS FILE ... Read more »

PUBG: New State is the latest battle royale game for Android and iOS devices. It will be released globally on Nov. 11. © Provided by Dot Esports Unlike PUBG Mobile ... Read more »

Should you invest in green bonds?

Am I entitled to my ex-husband's crypto assets in our divorce?

‘Dune' Cinematographer Greig Fraser Featured in THR's ‘Behind the Screen'

One of last 2 northern white rhinos dropped from breeding project

Limbo in a blue tent: African asylum-seekers stuck on Cyprus