The Met Office has warned of a ‘severe frost’ and icy conditions today as a deep freeze settles across England Parts of the northeast of England are likely to see snow in the coming weeks, forecasters predicted todaySnow could fall in northern Scotland as early as next week, they said, reaching England in early February

Britain is set to be hit with snow within weeks, forecasters have warned after temperatures plummeted to -7.9C in Oxfordshire last night.

The Met Office has warned of a ‘severe frost’ and icy conditions today as a deep freeze settles across large parts of England and Wales.

And parts of the northeast of England are likely to see snow in the coming weeks, according to the weather service.

Forecaster Clare Nasir said: ‘There will be Arctic air streaming down from the north delivering snow showers, particularly in the far northeast of the country.’

Snow could fall in northern Scotland as early as next week, reaching England in early February, the Met Office said.

The UK Health and Security Agency has alerted people in central and southern England to look out for vulnerable neighbours during the big freeze.

Britain is set to be hit with snow within weeks, forecasters have warned after temperatures plummeted to -7.9C in Oxfordshire last night 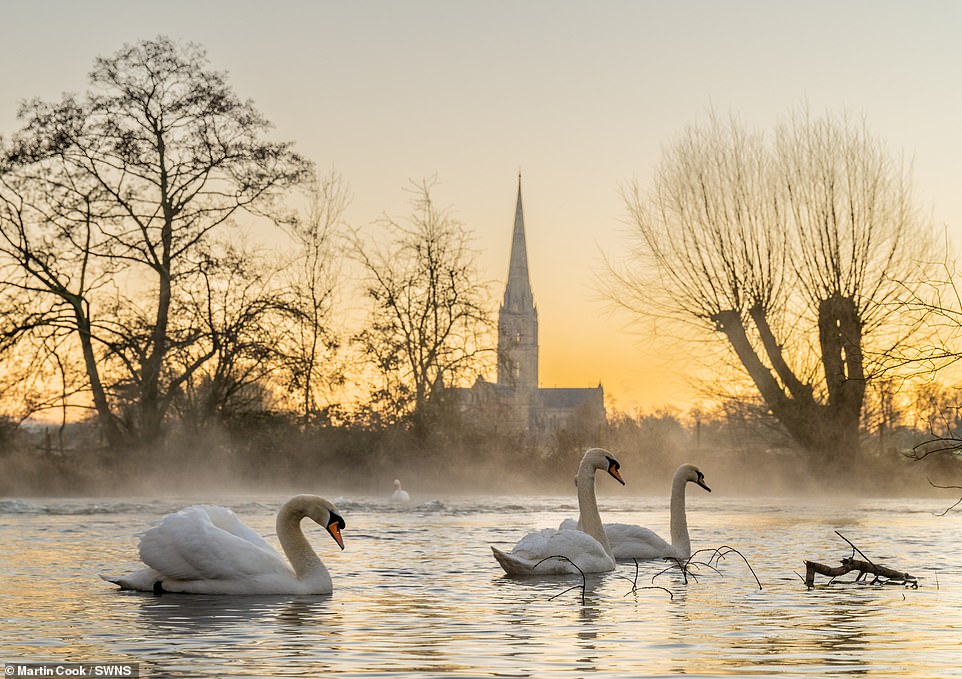 Despite the cold weather, most of Britain is expected to be dry and grey tonight, before moving on to wetter weather in the Northwest tomorrow. Pictured: Swans on the River Avon at Harnham, Salisbury, yesterday 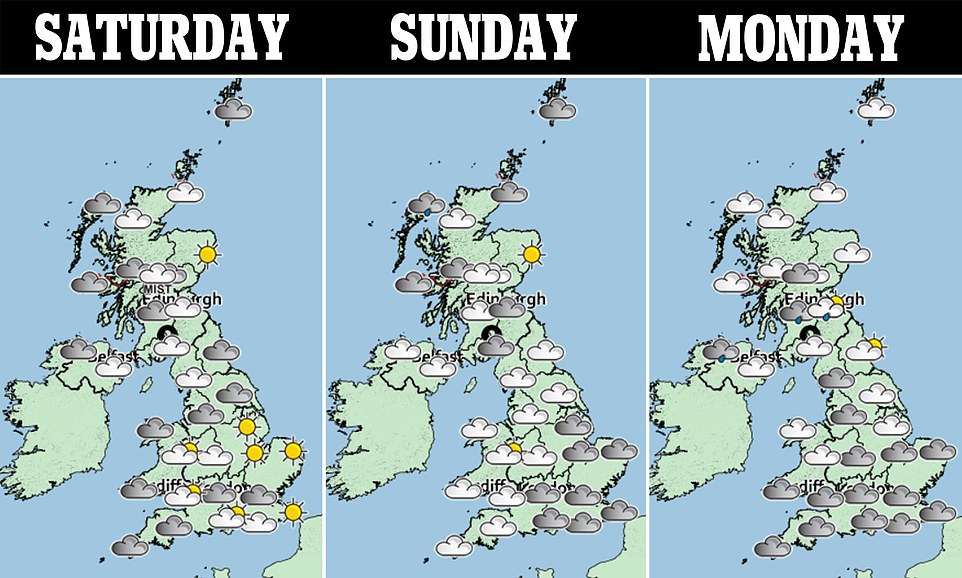 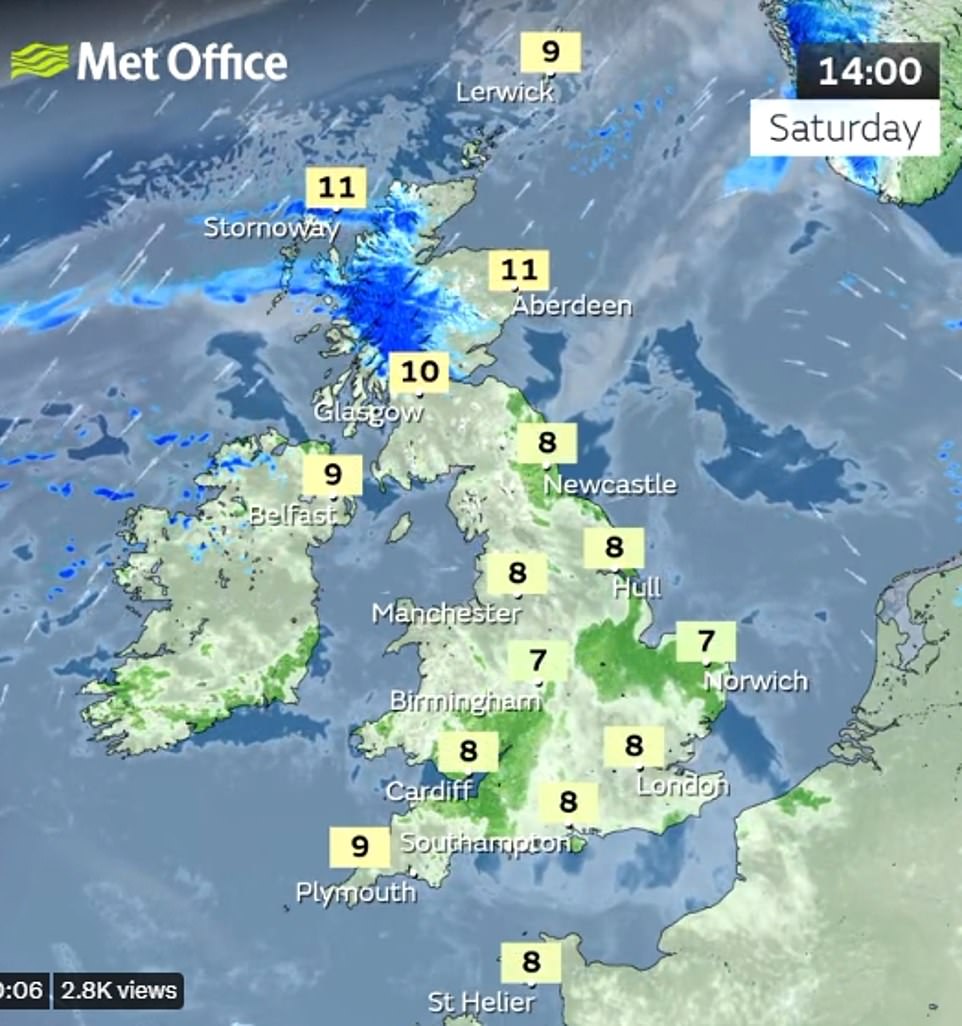 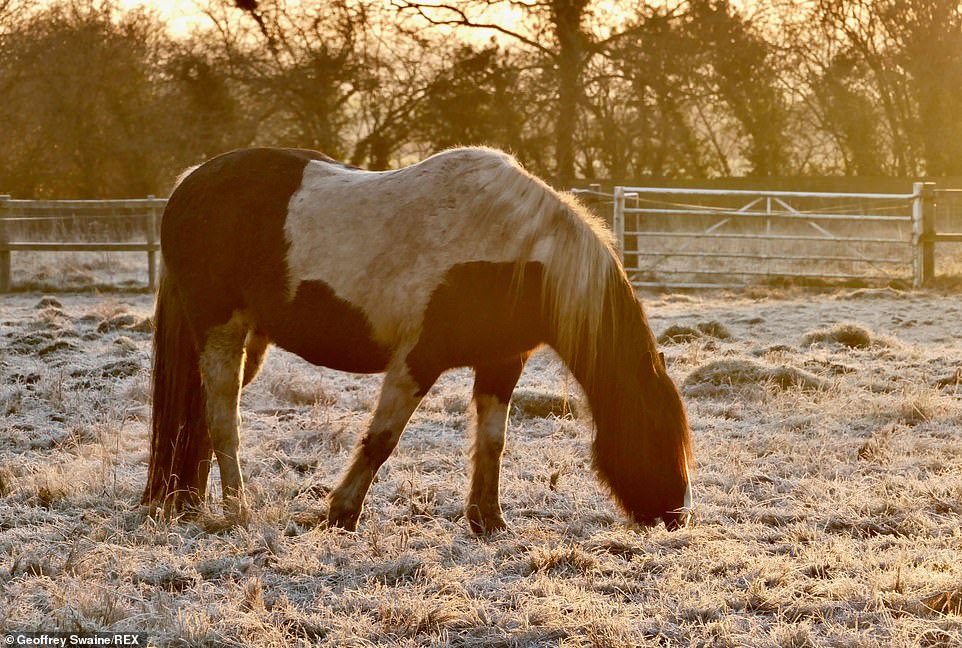 The mercury dropped to minus 7.9C in Oxfordshire last night. Pictured: A horse grazes in a frosty field at sunrise in Dunsden, Oxfordshire, yesterday 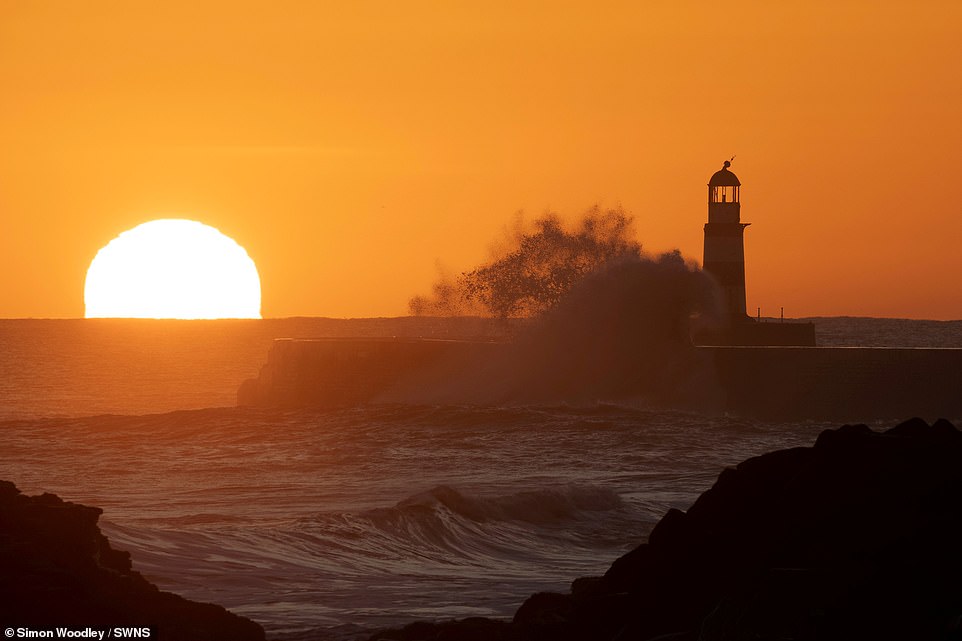 Snow could hit the northeast of England within weeks. Pictured: Waves pound the pier and lighthouse Seaham Harbour in County Durham yesterday 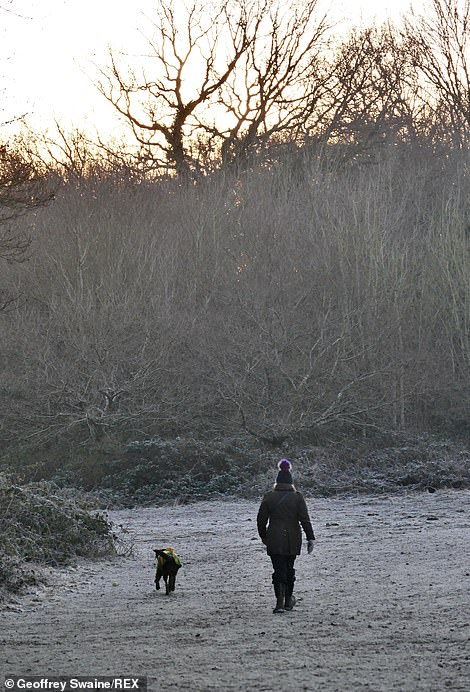 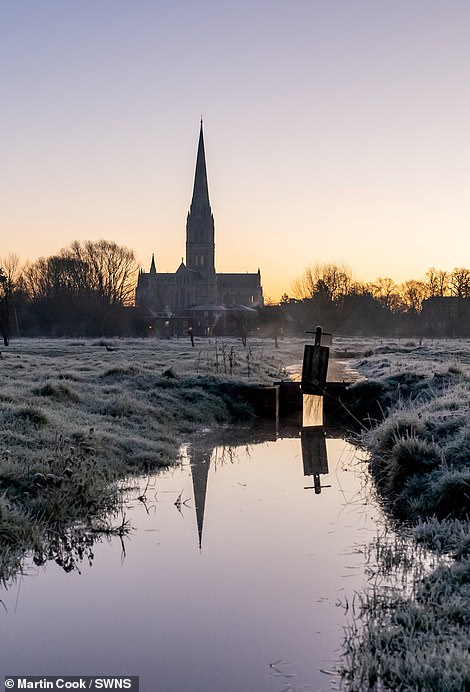 Left: Walkers out by the woods on a bitterly cold morning in the countryside in Dunsden, Oxfordshire. Right: Salisbury Cathedral from across the Harnham Water Meadows

Despite the cold weather, most of Britain is expected to be dry and grey tonight, before moving on to wetter weather in the Northwest tomorrow.

The Met Office said: ‘Cloudy and windy in the northwest with further rain or drizzle on hills. Dry but often rather cloudy elsewhere, though a few sunny spells are possible.’

Low temperatures will continue through the start of next week, with patchy frost and fog descending on parts of the country by Tuesday morning.

The Met Office said: ‘Elsewhere, often breezy with rain at times and mild.’ 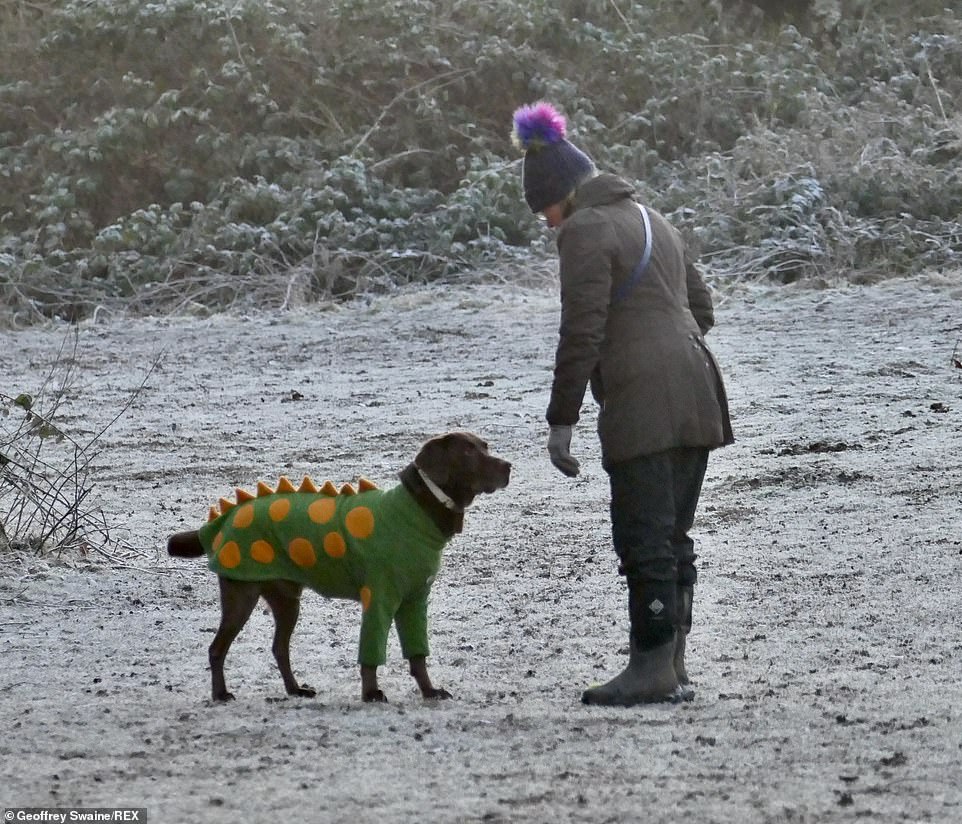 A walker out with their dog by the woods on a cold morning in Dunsden, Oxfordshire today 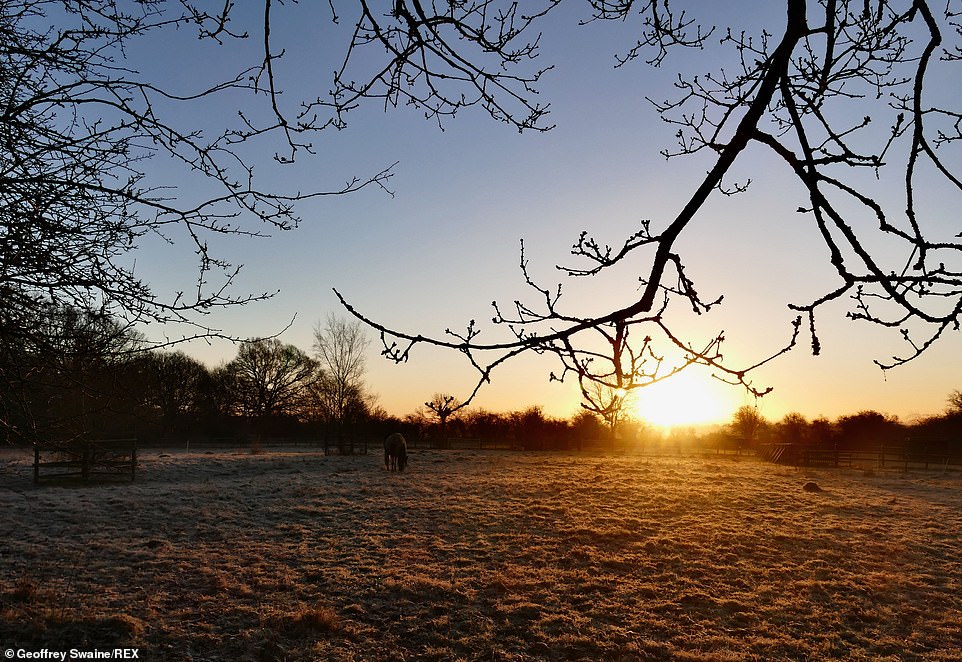 A horse grazing in a frosty field at sunrise this morning in Dunsden, Oxfordshire ahead of a big freeze

In its long-range forecast, the Met Office predicted snow could fall towards the end of January into early February.

From January 31 to February 14, it warns that ‘some colder interludes remain possible, bringing a risk of occasional snow, this most likely over northern hills’.

‘This period is likely to see a gradual transition to more unsettled conditions,’ the Met Office said.

‘Spells of strong winds are likely, mainly in the north.

‘Temperatures likely to be slightly above average overall. Some colder interludes are still expected though, bringing a risk of occasional snow, most likely over northern hills.’