With the latest announcement date only a week away, many Britons will be looking for further guidance on how to boost their chances of winning the jackpot prize. The winners of November’s prize draw will be announced next Monday on November 1, 2021. For those looking to take home the prize draw, National Savings and Investment (NS&I) has outlined how Britons can improve their odds of winning the most amount of money possible.

Currently, the odds of a bond holder winning the £1million jackpot prize draw in Premium Bonds is 34,500 to one – for every individual £1 bond.

Through the NS&I’s Frequently Asked Questions (FAQ) page on its website, the financial body offers some sage insight as to how people can boost their chances of winning.

According to NS&I, one of the most commonly asked questions on Premium Bonds is whether bonds which are purchased close to the prize draw are more likely to win. 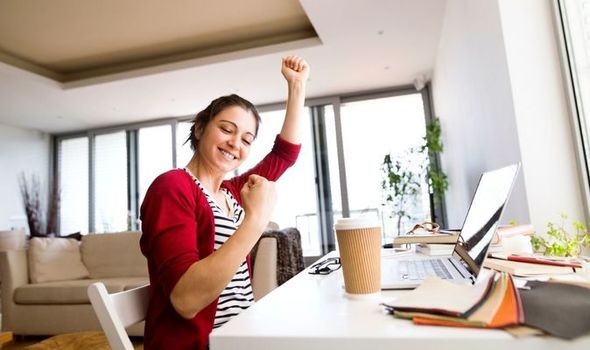 This question has been asked due to the majority of winning bonds being winning numbers bought since the year 2000, despite the prize lottery dating back to the 1950s.

In response to this question, the NS&I replied: “Each £1 Bond number has an equal chance of winning, regardless of when or where it was bought.

“Over 95 percent of eligible Premium Bonds have been bought since the year 2000.

“So even though Premium Bonds have been on sale for over 60 years, this is why newer Bonds seem to win more frequently.

“When ERNIE randomly generates winners, it doesn’t store any numbers, so there’s no way any Bonds can be left out.

Premium Bonds are savings accounts which have been popular with many Britons across the country since their initial launch in the 1950s.

Any deposits made with Premium Bonds are 100 percent protected from any potential harm or fraud as NS&I is a Government supported institution.

Through this savings account, bond holders are able to withdraw and deposit money whenever they want, however interest is determined by a monthly prize draw. 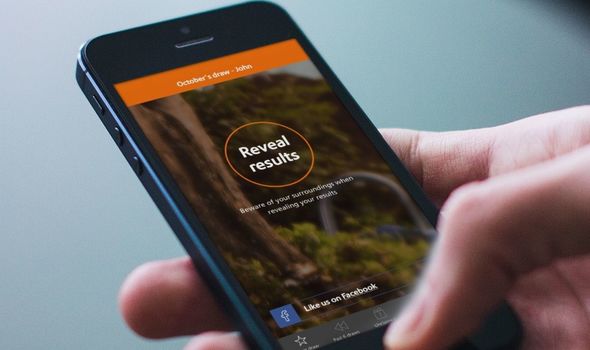 Currently, the annual prize draw rate for Premium Bonds stands at one percent, but this is variable, meaning it could be changed by NS&I.

At the beginning of each month, NS&I announces the names of the lucky Premium Bonds winners for that period.

Last month, two bond holders took home the £1million jackpot. The first winner was based in South Gloucestershire, with a total holding of £49,994. 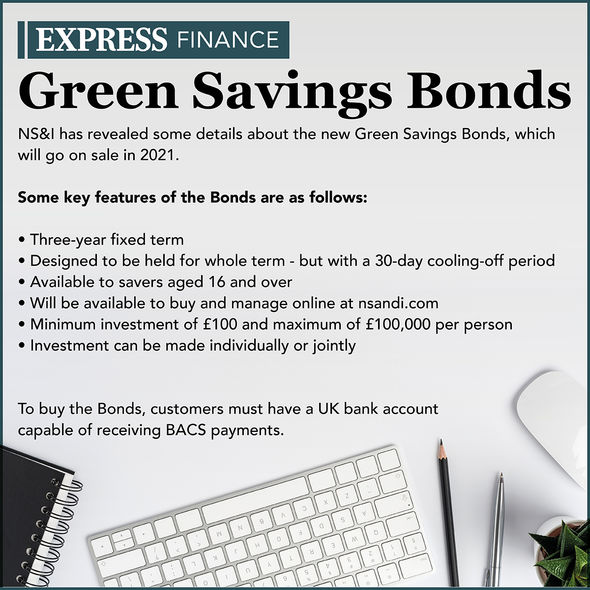 The second winner was a man from Surrey who had a total holding of £50,000.

Before purchasing any bonds, savers must be aware that their holdings will only become eligible for the prize lottery after a full month has passed from the initial purchase.

For example, a saver who purchased Premium Bonds in October will not be eligible for November’s prize draw, but will be able to take part in December’s lottery.

STUART BROAD: We're the worst prepared England EVER to go to Australia

M&S condemned for sending items in 'mountain' of plastic

© Provided by Daily Mail MailOnline logo Marks & Spencer is facing a backlash from customers for its excessive use of plastic packaging – despite promising to become the greenest retailer ... Read more »

Photo Illustration by Elizabeth Brockway/The Daily Beast/Getty CNN fired star primetime anchor Chris Cuomo on Saturday after the network said “new information”emerged on the extent of his involvement with his ... Read more »

DAN HODGES: If Macron would climb down we could solve Channel crisis

© Provided by Daily Mail MailOnline logo Emmanuel Macron thinks he’s a big man. ‘BoJo talks to me at full speed, everything is going fine, we have discussions like big ... Read more »

Big Boost to ‘Make in India': Govt India-Russia arms unit to be set up in Amethi

© Provided by The Indian Express The Uttar Pradesh government on Saturday announced that an Indo-Russian unit would be set up at Korwa in Amethi to manufacture more than 5 ... Read more »

Hakan Calhanoglu has insisted that he meant to score directly from a corner kick against Roma. The Inter Milan star stunningly netted from the set piece as the Nerazzurri beat ... Read more »

Mohamed Salah has sent a blunt and very direct message about Liverpool’s title hopes following their 1-0 victory at Wolves. The Reds wasted a plethora of chances at Molineux but ... Read more »

As Tiger Woods delivered further encouragement about a potential comeback before the end of the year, the new kid on the block was turning his Hero World Challenge into a ... Read more »

PRESIDENTIAL Adviser for Entrepreneurship Jose Maria “Joey” Concepcion 3rd said the government should retain the National Capital Region (NCR) under Alert Level 2 for the remainder of the year to ... Read more »

Derek Jeter and his wife Hannah Jeter have welcomed their third child together, a daughter named River Rose Jeter. The announcement was made by the website Jeter founded, The Players’ ... Read more »

Crisis in courts over shortage of skilled translators as experts switch to Netflix to dub popular foreign dramas such as Squid Game, Money Heist and Lupin

Netflix viewing figures for foreign language shows rose by over 50 per cent  UK faces a shortage of skilled linguists, the Migration Advisory Committee saidPolice, courts and healthcare services all rely on translators and interpreters  Read more »

What are high-value targets in Marvel's Avengers?

© Provided by GamePur In Marvel’s Avengers, you need to finish objectives to earn some valuable rewards in the game. This is the same for Spider-Man, which will require you ... Read more »

© Provided by GamePur The final day of Dragonspine Special Training has arrived, and that includes the final set of Tracker Training events. This event tasks you in melting hidden ... Read more »

© Provided by Daily Mail MailOnline logo Bosses at British Airways are turning to fine wine to get the beleaguered airline through the turbulence of the pandemic. The flag carrier, ... Read more »

© Provided by Dot Esports The action heated up in EMEA tenth day of the Apex Legends Global Series (ALGS) Pro League, with some teams fighting for the final playoff ... Read more »

© Provided by Dot Esports Take your compass, your map, and venture into the unknown, Final Fantasy XIV fans. The latest expansion Endwalker introduced new maps to the MMO, and ... Read more »

© Provided by PhilStar Global What I learned watching Filipino silent movies The 15th International Silent Film Festival Manila came and went without much fanfare, except for the almost inaudible ... Read more »

The BHA disciplinary panel are inquiring into bullying in the Weighing RoomBryony Frost is alleged to have been threatened by Robbie Dunne in 2020Richard Johnson, four-time champions jockey, will appear before the panel   Read more »

ETHAN Crumbley and his parents, Jennifer and James, are all in isolation and on suicide watch at the Oakland County Jail. Ethan is accused of the Oxford High School shooting ... Read more »

I'm A Celebrity viewers baffled as mystery mark appears on Naughty Boy's face – did you spot it?

I'M A Celebrity fans were left baffled after a mystery mark appeared on Naughty Boy's face – but did you spot it? During tonight's instalment of the ITV show viewers ... Read more »

Strictly fans were left in tears this evening as the “agonising” exit result was leaked online. It comes after a tense night as the couples went head-to-head to secure a ... Read more »

How does the MLB lockout impact the Atlanta Braves, and their pursuit of Freddie Freeman? Surprisingly, it can only help. © Provided by Fansided The Braves now have weeks — ... Read more »

Major League Baseball’s first work stoppage in more than a quarter-century went into effect Wednesday night, with the owners unanimously voting to lock the players out until a new collective ... Read more »

© Getty Images MLB commissioner Rob Manfred (second right, in dark suit) presented the World Series trophy to the Atlanta Braves a month ago – but is now at loggerheads ... Read more »

© Provided by Pinkvilla   “Miss Congeniality” was almost the end of Michael Caine. Sandra Bullock confessed how she was nearly responsible for the death of the iconic British actor ... Read more »

Jennifer and James Crumbley are being held in the same jail as their son, accused school shooter Ethan Crumbley. via REUTERS The parents of accused Michigan school gunman Ethan Crumbley ... Read more »

Video: Ex I'm A Celeb star Kerry Katona claims there is a secret drama going on involving Adam Woodyatt that viewers aren't being shown on TV

Video: Maisie Smith marks the 'weekend feeling' in a plunging neon crop top as she poses for a slew of sultry snaps

Who are the winners and losers from stock market's wave of new firms?

Video: 'I'm so mortified for her!' Strictly judge Shirley Ballas is slammed after praising deaf Rose Ayling-Ellis for 'blocking the noise out' during her performance

Real villain in Claire Foy's racy drama? The manipulative husband! It was Britain's most sensational divorce trial - featuring photo of a sex act and a 'headless' man - now HUGO VICKERS recalls meeting the scorned wife as case is re-told on the BBC

Towards a genderless world, one film festival at a time

ITV I'm A Celebrity: Fight erupts between camp mates but viewers say there was one clear winner

Austin: Allies, innovation key to US competition with China

Beyond The News: SP's Vijay Yatra ‘Bhaiyya is getting large crowds… Let's see how many votes he gets'