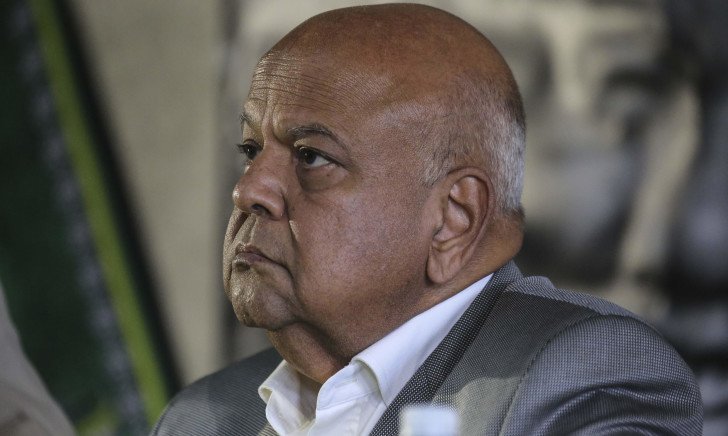 Mbhazima Shilowa believes that Public Enterprises Minister Pravin Gordhan should be sacked over the Eskom crisis.

Shilowa says both Gordhan and the Eskom board need to go.

He’s written an opinion piece on News24 arguing that accountability is urgently needed for the electricity crisis in the country.

According to Shilowa, South Africa’s electricity woes have worsened under Gordhan’s watch.

He says President Cyril Ramaphosa has also failed to deliver on the promises he made to help fix the country’s ailing power utility.

Minister Gordhan held a media briefing on Wednesday night assuring South Africans that load shedding would be suspended by the weekend ahead of Election Day on Monday.

My position is that both Gordhan and the board should go.

Again last night, all we get told is to have faith… but you can see the hopelessness in there because even he [Gordhan] doesn’t believe that.

I’m sure it will be solved but we need new people at the helm, both the minister and on the board. For me, it’s not about whether he [Gordhan] remains in the cabinet or not.

Instagram CEO testifies before Congress for the first time: 5 takeaways

How to beat Bassus in Halo Infinite

© Provided by GamePur After fighting your way through the mission Excavation Site and destroying some cooling pylons for a mining laser in Halo Infinite, you will come face to ... Read more »

© Provided by DNA Bank holidays 2021: People who have any urgent bank-related work or an important bank transaction are advised to finish it before the coming week, as the ... Read more »

Dec. 8—A Grand Forks man was arrested and charged with multiple offences after fleeing from police and barricading himself in another person's apartment. According to a release from the Grand ... Read more »

WASHINGTON — The Senate narrowly approved a resolution Wednesday to nullify the Biden administration’s requirement that businesses with 100 or more workers have their employees be vaccinated against the coronavirus ... Read more »

Gareth Cattermole/Getty Images As the hype continues for the highly anticipated release of “Spider-Man: No Way Home,” stars Tom Holland and Zendaya have been asked plenty of questions surrounding what happens ... Read more »

Who's on the ‘naughty' list? BBB releases top holiday scams of 2021

Forget the 12 days of Christmas, the Better Business Bureau Serving Southern Alberta and East Kootenay (BBB) has released its list of the top 12 scams of Christmas for 2021. ... Read more »

© Amazon “I am pretty confident that this is the best pan I have ever owned.” © Provided by Food & Wine Amazon If you’ve noticed that your frying pans ... Read more »

Chad Ochocinco Johnson has a contrarian explanation for why he had such a healthy NFL playing career: The Golden Arches. Johnson has long professed his love for McDonald’s. He has ... Read more »

7 things we love about Emily in Paris

© Provided by WhatToWatch Lily Collins, Ashley Park and Camille Razat in Emily in Paris As we gear up to head to the city of love for season 2 of ... Read more »

Senate Republicans successfully forced a vote on a resolution aimed at nullifying the Biden administration’s vaccine mandate for large employers in a 52-48 vote. While the measure is not expected ... Read more »

John Lamparski/Getty “Real Housewives of New York” doyenne Bethenny Frankel is a cornerstone of the reality show’s world. Bravo has aired 13 seasons of the show so far, and Bethenny ... Read more »

© Provided by The Indian Express THE BSP won 19 seats in the 2017 Assembly elections, but months ahead of the 2022 elections, only three members can turn up for ... Read more »

Mumbai: The upswing in Indian equities continued on Wednesday, with benchmark indices posting their biggest single-day gain in six months, as concerns over the Omicron variant of the coronavirus ebbed ... Read more »

The Prime Minister has denied that he knew about the party at Downing Street – AP Boris Johnson was facing further questions as it emerged Conservative aides threw a separate ... Read more »

© Provided by Dezeen Very Peri blue colour Very Peri, described by colour company Pantone as “a periwinkle shade of blue,” has been named colour of the year for 2022. ... Read more »

© KSBW — The pandemic has left a lot of people on the Central Coast in need of assistance. The Salinas Salvation Army is reported that they are seeing nearly ... Read more »

Pokémon Legends: Arceus might have a Hisuian Voltorb form, teased by Pokémon Company

Tata Motors to invest over $1 billion in CV business

Govt to move SC, request polls be held for all seats or postponed completely