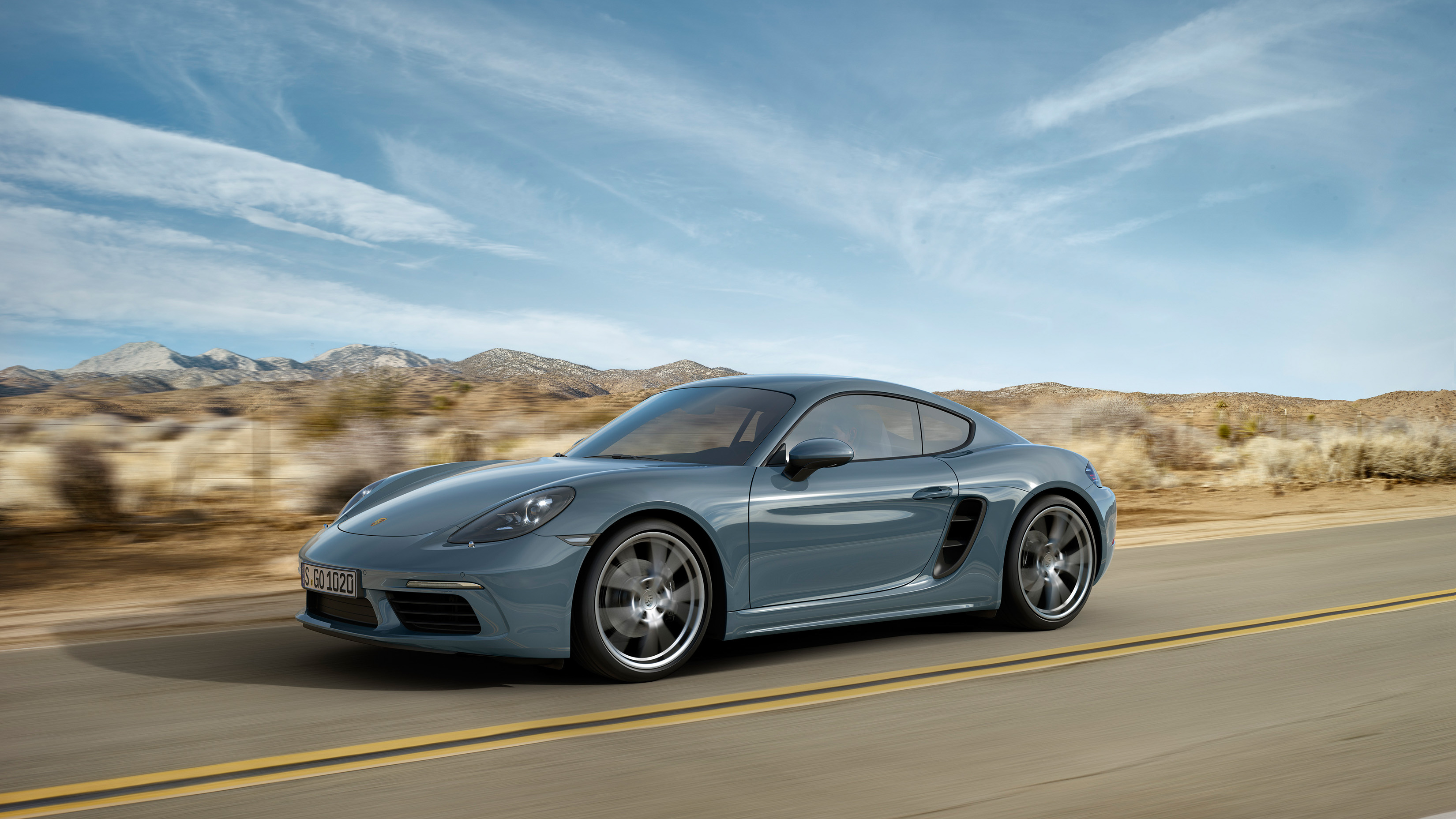 The Porsche 718 is a terrific car with world-class handling and power. The car is about to take a big step forward, however, as Car and Driver reports that Porsche will electrify the 718 from 2025 on, and notes that it will gain an all-wheel drive option for the first time ever. Unless plans change, the new 718 should launch in 2024 and land in the United States for the 2025 model year.

Even though the move to electric, the 718 lineup will remain the same, in that there will still be Boxster and Cayman versions of the car. As Car and Driver points out, the Boxster will most likely keep a cloth top instead of a folding hardtop or fixed roof, and the new cars will be similar in appearance to the current model with a new front end.

The Porsche Mission R concept seen at the IAA show in Munich may be a good indication of what we’ll see out of the next 718, although the road-going car will be far less aggressive in appearance.

Weight is a concern with EVs of all types, but it’s an even bigger point of worry for a car with such legendary handling and balance as the 718. Porsche has apparently already addressed this concern internally, as C&D reports that its internal weight target is under 3,650 pounds. 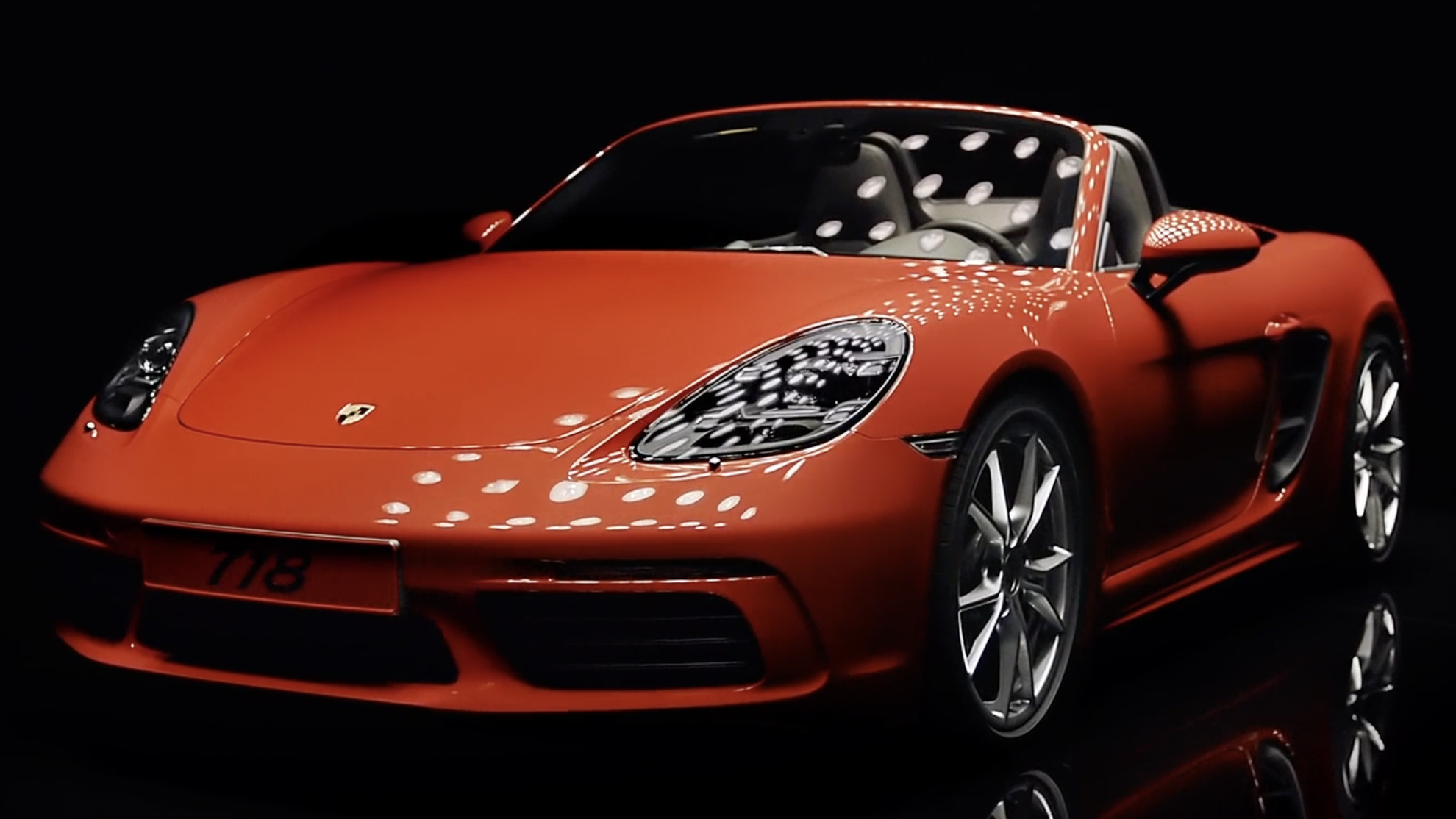 Entry-level 718 models will continue to be priced well below the 911 and will come with a rear motor. More powerful models will gain a front motor, which will bring all-wheel drive to the cars for the first time. The car is expected to get a single-speed drive unit as well, and Porsche’s range target is at least 250 miles per charge.

The electrified Porsche 718 EV will be offered with a range of power options, as the current cars are, but the top models’ horsepower will push into the 911’s backyard. The conflict is apparently less of a concern, since the two models will be powered by different fuel sources.

The electrification of the 718 is exciting, but it won’t translate to other icons in the Porsche catalog. The 911 will continue on with an internal combustion engine through at least 2030 and there may not even be a hybrid option for the car after that.

Dezeen promotion: curator Hans Ulrich Obrist and other industry experts came together to discuss the ways in which architecture and design can be utilised to create restorative spaces that improve ... Read more »

Over the past few years, virtual reality has taken a huge leap forward thanks to the hugely popular Oculus Quest 2 and its predecessor the Oculus Quest. Both of these ... Read more »

A Nasa image showing the M51 galaxy, where the possible planet may reside (X-ray: NASA/CXC/SAO/R. DiStefano, et al.; Optical: NASA/ESA/STScI/Grendler) A Nasa telescope might have found the first ever planet ... Read more »

The search giant seems to be finally taking its place in the hardware market seriously (The Independent) The Pixel 6 (from £599, Google.com) and Pixel 6 pro (£849, Google.com) have ... Read more »

We’ve weighed them up in four critical areas (The Independent) Google launches two new phones on 28 October. The Pixel 6 and Pixel 6 pro are a couple of high-end ... Read more »

Black Friday deals are live at Amazon, and yes, you heard that right. While we’re still in October, retailers are launching Black Friday sales earlier than ever in a bid ... Read more »

© Getty Elon MuSK Shiba Inu was knocked off its all time high after Elon Musk confirmed in a tweet he didn’t hold any of the cryptocurrency. On Sunday Shiba ... Read more »

Algorithms can't replace Lewis Hamilton, even if they're faster drivers

While Lewis Hamilton and Max Verstappen were racing for the Formula 1 title over the weekend, self-driving cars were fighting for the inaugural ) championship. The Technical University of Munich ... Read more »

Two-minute review The Apple AirPods (3rd generation) are the latest in the company’s lineup of true wireless earbuds and over-ear headphones, and come with a host of updates that make ... Read more »

Google Play Store is being flooded with SMS scam apps

Two-minute review The Google Pixel 6 Pro is the company’s first serious attempt at a top-end device that can take on the very best smartphones currently on the market, such ... Read more »

Facebook papers: Frances Haugen: 'We have to take advantage of this moment'

The latest iteration of the Huawei FreeBuds lineup of true wireless earbuds is almost here, but they might be a bit more of a novelty than we’re used to from ... Read more »

The Sync 20 speakerphone from Poly is part of a new range of products designed to cater to the needs of remote and hybrid workers, marking a slight change in ... Read more »

Has Oti Mabuse danced on Strictly for the last time? (BBC) Oti Mabuse and Ugo Monye were voted out of Strictly Come Dancing in week five – but have we ... Read more »

British spy chief sounded the alarm over the growing threat from <a href="/tag/criminal-gangs“>criminal gangs (PA Wire) Ransomware attacks in the UK have doubled in just a year as criminal gangs ... Read more »

The best accounting software for small business makes it simple and easy to keep accurate financial records for expenses, profit and purposes. Having the right package is non-negotiable if you’re ... Read more »