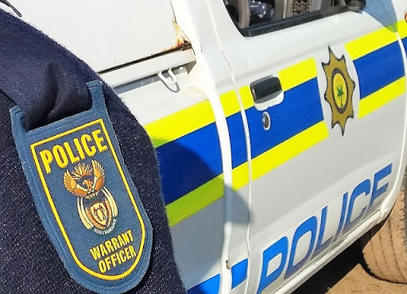 Corruption Watch released its analysis of corruption trends yesterday, which  ranked police corruption at the top of reports, revealing the  extent of corruption based on  complaints it received.

According to the report, the most complaints it received were against  the policing sector with 12% of complaints attributed to it, while 8% of complaints were attributed to procurement and maladministration in response to the novel coronavirus pandemic, including mismanagement of funds such as the temporary employment relief scheme intended to provide support.

“Police corruption continued to dominate, topping the reports at 12%. Since 2019, Corruption Watch reports have highlighted what appears to be an unabated corruption problem in the policing sector, worsened by the powers invested in the police while lockdown regulations are in force,” reads the report.

Corruption Watch stated that complaints ranged from extortion and abuse of authority by the police, school principals extorting sexual favours from temporary teachers to safeguard their jobs, and Covid-19 related graft, highlighting the collusion between the public and private sectors. These represent some of the key hotspots over this period.

It further stated that 6% of complaints resulted from school corruption and 4% from public housing.

Melusi Ncala, researcher at the organisation said: “When reading the individual accounts of corruption in this report, it is quite evident that the more things change the more they stay the same. Communities are vulnerable because police officers care more about securing dodgy deals with criminal networks. Learners in schools and patients in health facilities are at the mercy of self-serving and abusive officials.”

Ncala said the organisation had noticed similar trends over the years, where the most common types of corruption experienced included maladministration (16%), procurement corruption (16%) and abuse of authority (15%), which suggested that efforts by the public and private sectors to seriously address the corruption problem in SA were inadequate.

“It stands to reason that the majority of complaints – 42% of the total reports – came from the largest province, Gauteng, where Corruption Watch is located, followed by KwaZulu-Natal (10%), the Western Cape (9%) and the Eastern Cape (7%),” said Ncala.

In relation to corruption at schools, Ncala said a number of whistle-blowers in Gauteng, the Eastern Cape and Limpopo pointed to abuse of authority, frequently by principals and the chairpersons of school governing bodies, as a major concern. Also common were reports of embezzlement or theft of school funds and irregularities in employment processes.

Gauteng and the Western Cape emerged as hotspots of public housing corruption, where most whistle-blowers exposed irregularities in the allocation of RDP houses, fraud in relation to the housing waiting lists and abuse of authority. Similarly, the majority of corruption reports dealing with the government’s response to Covid-19 occurred in Gauteng (34%), KwaZulu-Natal (18%), and Western Cape (14%), with a significant number emanating from Mpumalanga (10%).

On Anil Kumble's Birthday, Watch Champion Spinner's Perfect 10 in an Inning Against Pakistan

Tasmania breathes a sigh of relief with NO new Covid cases

Victoria's lockdown to end on Thursday, more restrictions to ease than planned

Thousands of Queenslanders get COVID-19 vaccine at Bunnings

© Provided by Hindustan Times According to the World Bank, the coronavirus pandemic, which struck the world in 2020, pushed between 88 and 115 million people into poverty. (AFP) International ... Read more »

City council boss hits back at critics of his tent comments

Embattled city council boss Owen Keegan hit back at critics of comments he made about homeless people sleeping in tents and safety on the streets of Dublin. Mr Keegan — ... Read more »

An Irish tourist has been found dead in the swimming pool of his luxury holiday home near the Costa del Sol resort of Marbella. His friends found his lifeless body  in ... Read more »

Still hungry? Now you can eat your plate!

© Provided by Daily Mail MailOnline logo Parents have long chastised children with the threat of withholding dessert unless the dinner plate is licked clean. Now, however, it seems they will ... Read more »

Lawyers acting for women alleging inappropriate behaviour by a retired judge want a review of investigations involving gardaí accused of sexual misconduct to include others in authority in the justice ... Read more »

President Emmanuel Macron on Saturday became the first French head of state to take part in commemorations of the massacre by Paris police of protesters at a rally 60 years ... Read more »

The only survivor of a fatal shooting in Kenosha, Wisconsin, during protests last year has accused law enforcement in a lawsuit of conspiring with a “band of white nationalist vigilantes,” ... Read more »

The chair of the Irish Aviation Authority (IAA) Rose Hynes suggested former transport minister Shane Ross had a conflict of interest after he questioned the process of her appointment. Ms ... Read more »

Go green: Ireland in bid to be sustainable tourist destination

The Government will introduce new incentives encouraging businesses in the tourism sector to go green, under proposals to make Ireland a sustainable holiday destination. Plans being brought to Government next ... Read more »

Gardaí have paid €32,000 in fuel costs to keep the cars of the Taoiseach, Tánaiste, Justice Minister and Foreign Affairs Minister on the road over the past 13 months. More ... Read more »

An Irish television presenter based in Australia cried “tears of joy” last week when news broke that her adopted country is finally easing its travel restrictions. It has been nearly ... Read more »

No going back to lockdown, says Taoiseach

Taoiseach Micheál Martin has said the Government will not be reintroducing restrictions to curb the surge in Covid-19 cases which is once again putting a significant strain on hospitals and ... Read more »

Patients may have to apply to have Covid booster jabs

Doctors feel some immunocompromised patients will eventually have to put themselves forward as suitable candidates for a third Covid-19 vaccine because of challenges rolling out booster jabs. While HSE officials ... Read more »

Oct. 16—EAU CLAIRE — The sexual assault charge against a Mondovi man and former longtime Memorial High School teacher has been dismissed. Roger E. Sahs, 73, had been charged with ... Read more »

© Provided by CBS Sports Sep 29, 2018; Athens, GA, USA; A Tennessee Volunteers cheerleader on the sidelines during the game against the Georgia Bulldogs during the first half at ... Read more »

Chris Laundrie comes out of his house to remove a sign from the memorial on his front lawn. Kevin C. Downs Brian Laundrie’s father emerged from his Florida home Saturday ... Read more »

WITH a capital city that combines the magic of a medieval Old Town with bustling nightlife, it would be easy to visit Tallinn and think you’ve seen the best of ... Read more »

AGT star Jonathan Goodwin’s horrific accident was caught on video, showing the stuntman slammed between two cars as they went up in flames. Production on America’s Got Talent: Extreme was ... Read more »

BEAT the Chasers fans were gobsmacked after Jenny Ryan got a MAJOR question wrong. ITV viewers were baffled when Jenny aka the Vixen made a huge blunder when she got ... Read more »

IT’S hardly a surprise to see someone squeezing themselves into a shiny sports car in glitzy Dubai. What is unusual is doing it 60 metres underwater. Aquaventure water park is ... Read more »

Key aide of Venezuela's Maduro extradited to US

One of President Nicolás Maduro’s closest aides has been extradited from Cape Verde to the United States, where he’s been charged with money laundering. © BBC Saab was charged with ... Read more »

Granderson: Looking for opposing perspectives on the Holocaust? Try Texas

Can you think of an opposing view on the Holocaust that isn’t antisemitic? Evidently, a school administrator in Texas seems to think so. © (Molly Hennessy-Fiske / Los Angeles Times) ... Read more »

A flat ‘no' to Bangsar high-rise project proposal

One deputy is dead and two are injured after an early-morning ambush at a bar in Houston. The incident happened just after 2 a.m. on Saturday, according to the Houston ... Read more »

MVA is most corrupt govt ever in history of Maharashtra: BJP leader Devendra Fadnavis

© Provided by Zee News New Delhi: In another incident of targeted killings of non-local residents and minorities in Jammu and Kashmir, a labourer hailing from Bihar was shot dead ... Read more »

A threatened strike on major TV and film production was averted Saturday night, just hours before a midnight deadline. © Chris Pizzello/AP A man enters the union offices of The ... Read more »

Fight for democracy but not among ourselves: Rahul Gandhi's message for G23 leaders at CWC meet

© Provided by Zee News New Delhi: Congress MP Rahul Gandhi on Saturday (October 16) urged the party members to “fight for their rights and save democracy and not fight ... Read more »

© Provided by Daily Mail MailOnline logo Victorians holed up in their sixth lockdown are four days away from their first taste of freedom in months. The state recorded 1,838 new ... Read more »

© Provided by Daily Mail MailOnline logo The Bachelorette‘s Angie Kent has been spotted enjoying a boozy lunch with a friend, days after being charged with mid-range drink driving.   Angie, who ... Read more »

Japan’s new prime minister on Sunday sent a ritual offering to the controversial Yasukuni shrine that honours war dead and is seen by neighbouring countries as a symbol of Tokyo’s ... Read more »

Voters do not believe Boris Johnson's promises to ‘level up' are sincere, poll finds

© Getty/iStockphoto Experts found younger people donated more equitably at home and and abroad – Getty Images/iStockphoto Voters agree that “levelling up” should be a top priority for Boris Johnson’s ... Read more »

You ask the question, listen to the answer then make a determination. Is this response genuine, or not? The question: When the Giants, as they so often do, have such ... Read more »

MOSCOW (AP) — A Soyuz space capsule carrying a cosmonaut and two Russian filmmakers has separated from the International Space Station and is heading for the Earth. © Provided by ... Read more »

Hair is the BBC news! Presenters get their stylists back

© Provided by Daily Mail MailOnline logo For the past 18 months, BBC news presenters have been coiffing their own hair after Covid restrictions kept their stylists out of their dressing ... Read more »

Hollywood staves off strike with deal between studios, crews

Series of asteroids bigger than Egypt's pyramids is passing by Earth

Road Trip of a Lifetime at These Austrian Routes

Modi Govt is Empaneling IAS Officers as Secretaries After Fewer Years of Service Than Before. Here's Why

Jammu and Kashmir: Street hawker from Bihar, labourer from UP killed in back-to-back terrorist attacks

No pot to pee in: Man stuck in traffic has to go, calls 911 for help