Are you looking for a smartphone with Google Photos, Chrome, Gmail and Drive integration? If so, a Pixel might be a good choice for you. Google offers a few iterations of its Pixel phones, including the Pixel 3 XL, Pixel 4A, Pixel 5 and Pixel 5A. The latest versions of Google’s smartphone, the Pixel 6 and Pixel 6 Pro, are also on their way soon for the company’s next launch event on Oct. 19 at 10 a.m. PT (1 p.m. ET). 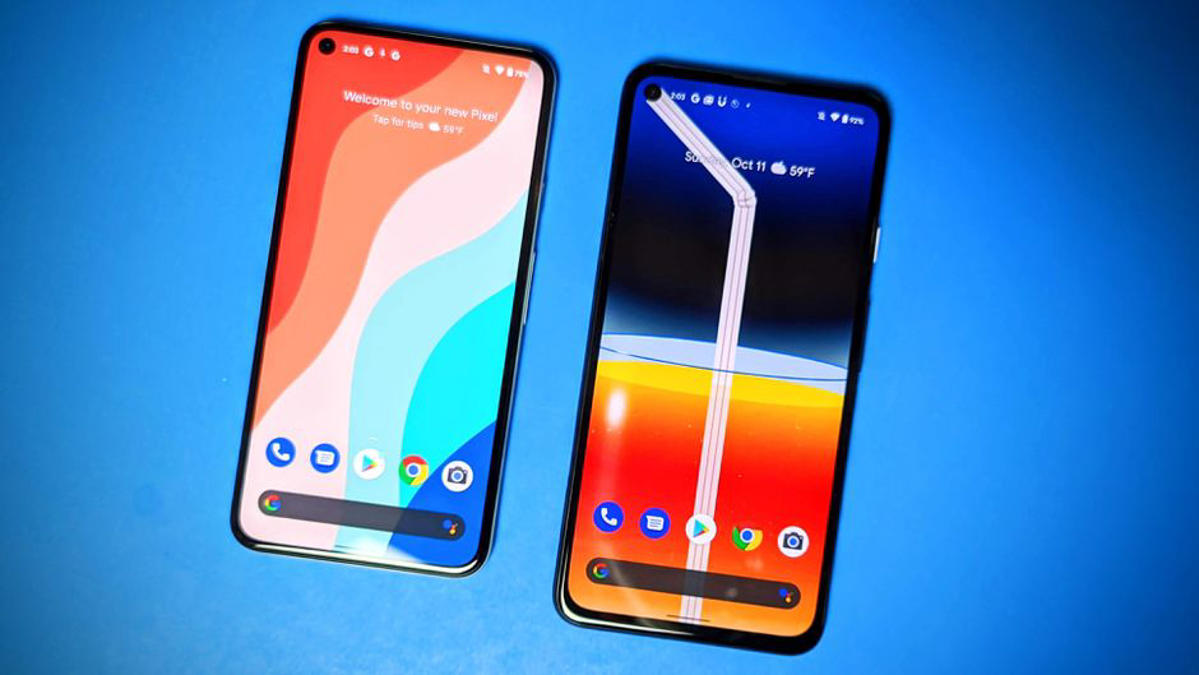 © Provided by CNET Google’s Pixel phones have a lot going for them. Juan Garzon/CNET

Google’s Pixel phones have a lot going for them.

The Pixel can take great photos, too. But it isn’t just about having an excellent camera and luxurious hardware: Software and the services a phone ties into are also important. Let’s get into a few of these.

One big reason to get a Pixel is unlimited storage in Google Photos. Unlike other non-Pixel handsets, Pixel phones have no data cap for backing up photos to the cloud. Photos you take on a Pixel will be saved in their original quality, not automatically compressed to save space. The extent of this benefit varies based on the Pixel you pick up: If you can find the first Pixel phone released in 2016, you should be able to upload photos at original quality for the life of the device. 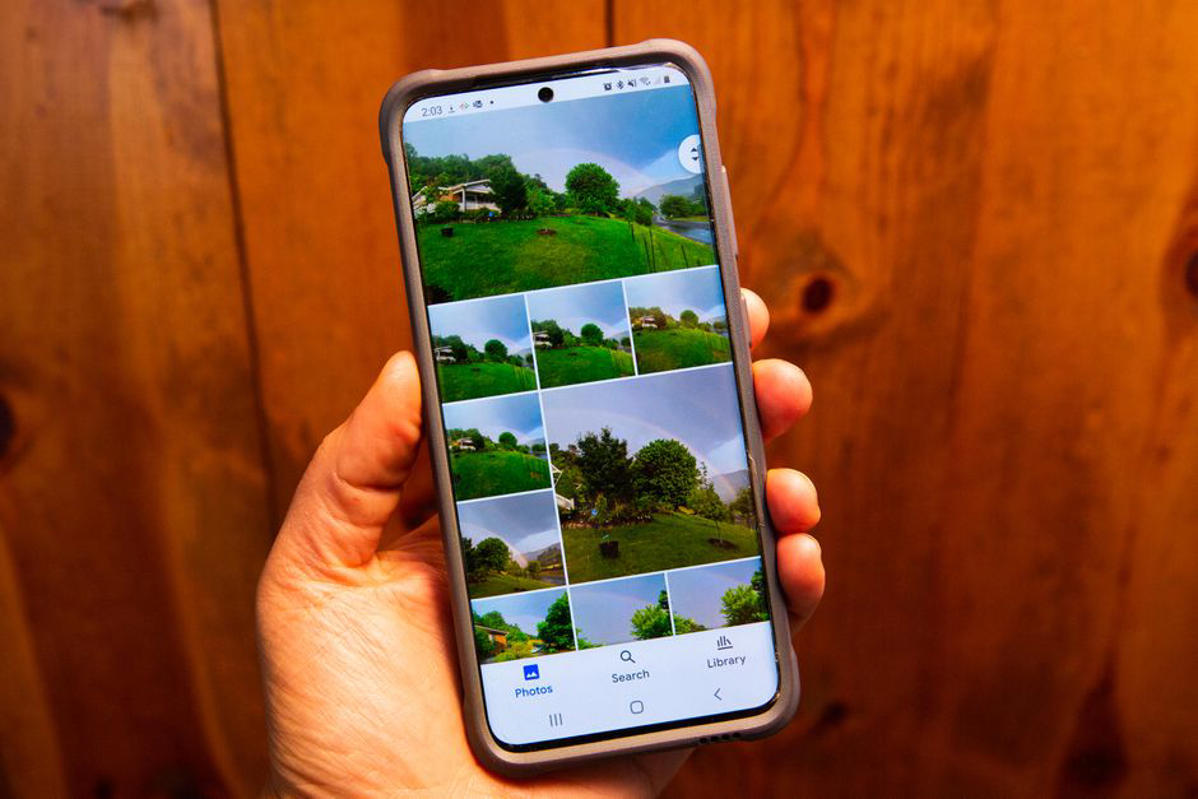 © Provided by CNET Pixel phones will enjoy unlimited storage on Google Photos. Other handsets will not. Sarah Tew/CNET

Later Pixel phones, including the more recently released Pixel 5 and Pixel 4A 5G, allow for unlimited photo uploads at a compressed storage-saver quality. Google outlines the rules for each Pixel phone on this support page.

Unfortunately, it does appear the 2020 Pixel phones will likely be the last to get the unlimited storage benefit. Google does not plan to extend this benefit to the next wave of Pixel phones, according to several reports from The Verge and Tom’s Guide among others.

The menace of unwanted apps, services and often redundant software features continues to plague most Android phones subsidized by US wireless carriers. Not so with Google Pixel handsets. What you get is the pristine Android OS the way Google originally designed it, not masked with odd skins, proprietary overlays or strange UIs. 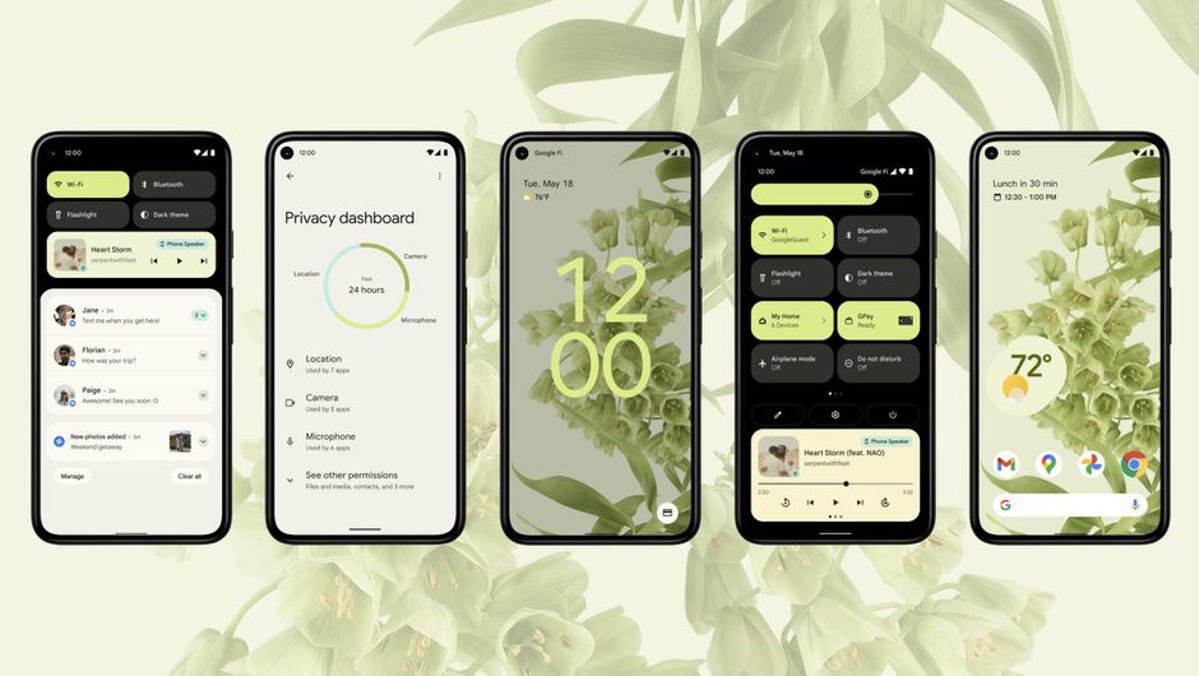 Besides unfettered storage for photos, Google has pledged to make updating its Pixel phones a priority. Whenever a new Android OS version or security patch rolls out, it’ll arrive on Pixels first. That includes new features separate from full OS updates. And for the truly adventurous, Pixels have first dibs on beta Android versions as well. 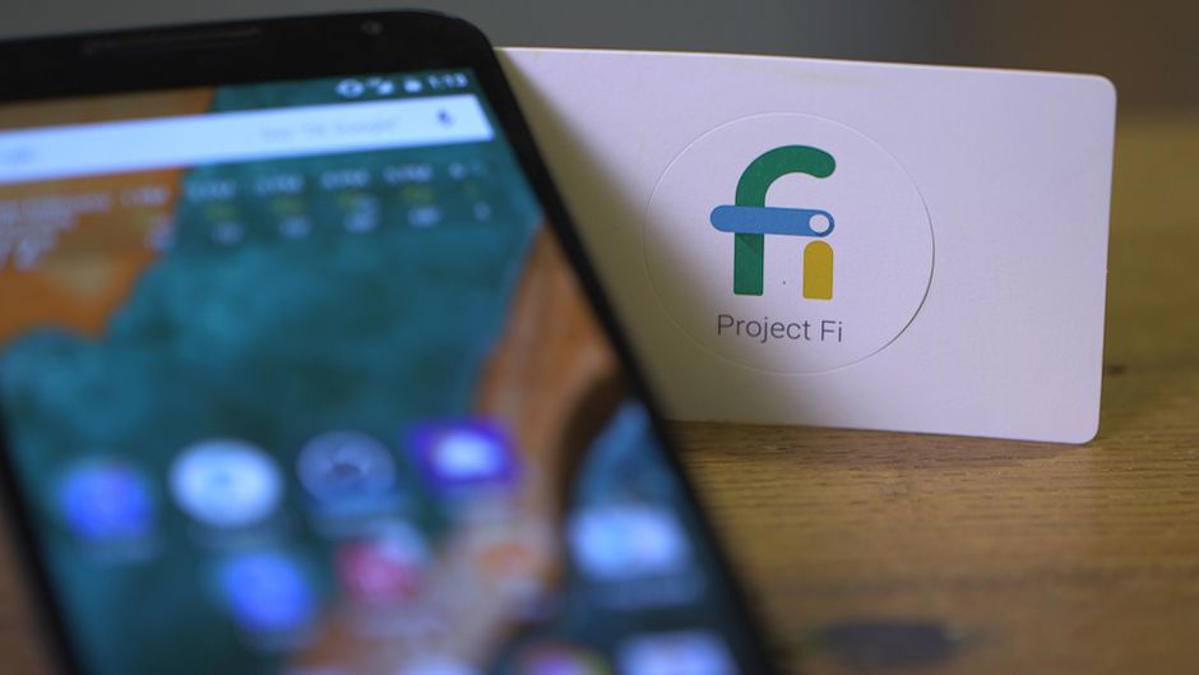 © Provided by CNET All Pixel phones can be had in Google Fi cellular network versions. John Kim/CNET

Google Fi is always an option

While not a massive force in the wireless carrier market, it does offer its own cellular service for mobile devices. Called Google Fi (not to be confused with Google Fiber), this MVNO-style system offers pay-as-you-go data plans. It also uses technology that enables seamless switching between Wi-Fi and cellular networks during voice calls.

All Pixel phones come in versions specifically designed to operate on Google Fi. These phones are also unlocked so you can port them over to another carrier if you’d like. Things get a little complicated, though, when choosing a 5G Pixel like the Pixel 5 and Pixel 4A 5G. Google sells three varieties of each: Verizon, Google Fi (unlocked) and Unlocked (no 5G). These handsets will work on all major US carriers. That said, they aren’t all compatible with each carrier’s 5G network.

If you’re constantly assaulted by a deluge of unwanted scam or shady marketing calls, then you’ll find this Pixel feature compelling. The Pixel Call Screen function in the phone app works with Google Assistant to stop robocalls from reaching you. Together they can either prevent unknown callers from making your phone ring, or screen calls for you in real time.

Right now one of our favorite phones on the market is the $499 Pixel 4A 5G. Compatible with 5G cellular networks, this handset comes with an excellent ultrawide camera, plus a big OLED display. It also enjoys strong software support from Google and the promise of timely updates for up to three years. And at $200 less than the price of the $699 Pixel 5, it’s a truly tempting alternative.

And Just Like That: How to watch the Sex and the City reboot

No 10 told to ‘come clean' about lockdown-busting party allegations

Meta to ban all Myanmar-army controlled businesses from platforms

In the frenzy of the housing market boom, cash is undeniably king – but it turns out he is a complete cheapskate. © Provided by The Telegraph Cash buyers have ... Read more »

National Insurance will rise in 2022 - how much will you pay?

The Government has confirmed a 1.25 percent Health and Social Care Levy will be introduced, temporarily via National Insurance (NI) payments before being separated into its own tax. This additional ... Read more »

The Royal College of Surgeons has called for the government to increase the number of hospital beds across the country to enhance hospital capacity (Getty Images) Data suggests that some ... Read more »

The first episode of an Ultraman series set in Singapore sees the titular superhero fighting a kaiju (giant monster) in Gardens by the Bay. Part of the SingapoReimagine campaign launched ... Read more »

Olaf Scholz will become Germany’s new chancellor on Wednesday with a vote in parliament that the SPD leader and his liberal and green allies are expected to comfortably win. Scholz ... Read more »

From a helipad to a giant aquarium, what makes a seven-star hotel?

© Provided by The National Burj Al Arab was the first hotel to be dubbed ‘seven-star’. Wam Was it a stroke of pure PR genius when a journalist pronounced Burj ... Read more »

Boy, 14, put in isolation after turning up at school with hair in plaits

Lealan Hague, 14, was placed in isolation at Exmouth Community College after turning up with his hair in plaits (Kirsty Hague/SWNS) A teenager was taken out of classes and put ... Read more »

Pope Francis urged caution Monday in the “interpretation” of a hard-hitting report released in October into child sexual abuse by French Catholic clergy, saying a “historical situation” must be viewed ... Read more »

LIVE – Updated at 08:16 © AFP/Getty coronavirus Covid cases could hit 90,000 a day by Christmas, experts have warned, as hospital admissions begin to increase even before the more ... Read more »

Ralf Rangnick has admitted that Anthony Elanga and Amad are in his thoughts for Manchester United’s match on Wednesday. United play BSC Young Boys in the Champions League on Wednesday ... Read more »

© Provided by Cover Media Michael Sheen Michael Sheen has revealed he will no longer make a profit off of his acting roles and instead donate his earnings to charity. ... Read more »

© Getty Images novakdjokovicatpfinals.jpg Novak Djokovic looks set to defend his Australian Open title after being included on the entry list for next month’s Grand Slam, but Serena Williams was ... Read more »

Spider-Man No Way Home: The real reason there's five villains and not the Sinister Six

Back in 2014, Andrew Garfield’s The Amazing Spider-Man 2 was released and featured a cliff-hanger ending. A defeated and imprisoned Harry Osborn’s Green Goblin was looking to form a team ... Read more »

© Provided by Zee News New Delhi: The Pakistan Sikh Gurdwara Parbandhak Committee is once again in the news as the Evacuee Trust Property Board (ETPB), which monitors the functioning ... Read more »

Workers in the United Arab Emirates will have a shorter week from January 2022. And it’s not the only change coming to the Emirates, with a change to weekend days ... Read more »

I’m A Celebrity fans were left in hysterics as hosts Ant McPartlin and Declan Donnelly made yet another savage dig at Prime Minister Boris Johnson. On Tuesday night’s instalment of ... Read more »

© Sasko Lazarov THE ESB HAS said that 59,000 homes and businesses are without this morning due to Storm Barra, as parts of the country manage the fallout of the ... Read more »

‘Immense tonight', ‘Body on the line' – Many Sheffield Wednesday fans rave about ‘colossus' after Portsmouth draw

© Provided by Football League World Liam Palmer n Sheffield Wednesday extended their unbeaten run in League One to 11 games with a goalless draw against Portsmouth at Fratton Park ... Read more »

© Provided by News18 Mumbai Well-Prepared to Take on Omicron; ‘Jumbo’ Covid Centres Activated, BMC Says Mumbai is “well-prepared” to take on the new Omicron variant of coronavirus if the ... Read more »

Odisha Staff Selection Commission (OSSC) has released the schedule of written examination for recruitment to the post of inspector of textiles.  Candidates will be able to download their admit cards ... Read more »

An alleged clause written in Fred Astaire’s will is being shared online after a new film about the actor was announced. Spider-Man actor Tom Holland confirmed he will play the ... Read more »

As some 100 countries prepare to convene virtually for US President Joe Biden’s Summit for Democracy, China is busy trying to convince the world that it’s also a democracy — ... Read more »

Fewer families are living below the poverty line, despite coronavirus

The Schilderswijk in The Hague is one of the Netherlands poorest areas. Photo: Vincent van Zeijst via Wikipedia The percentage of households in the Netherlands living below the low income ... Read more »

Madhuri Dixit takes us through a quick recap of Sushmita Sen's Aarya ahead of season 2 release; watch

EXCLUSIVE: After 25 years, Venkatesh back in Bollywood with Salman Khan for Sajid Nadiadwala's next

Meet MacKenzie Scott, who is on top of Forbes' list of Most Powerful Women

On Sri Lankan man's lynching, all of Pakistan reacted…and moved on

‘£20m should be a minimum requirement' – Stoke City's stance on Tyrese Campbell amid Newcastle United interest: The verdict

Naga Chaitanya starrer Thank You in the last leg of the shoot; Makers clarify about theatrical release

Is this what Katrina Kaif and Vicky Kaushal's wedding invite looked like? See PIC

'We're not giving up': The radio station for Afghan women

The Secondhand Luxury Watch Market Is Bigger Than Ever, Here's Why