Piers Morgan was snapped enjoying a trip to the pub to celebrate the announcement of his new TV job on Friday evening. And now, he has hit back at a claim that he was enjoying a “boozy” night out.

The former Good Morning Britain host pointed out that he only had one pint in the pub as he is still suffering with the symptoms of long Covid.

A lack of taste and smell, as well as fatigue, are some of the most commonly complained about issues following a bout of the virus.

Piers said he could barely taste his drink.

The following day, the 56-year-old took to Twitter to share an update with his eight million followers. 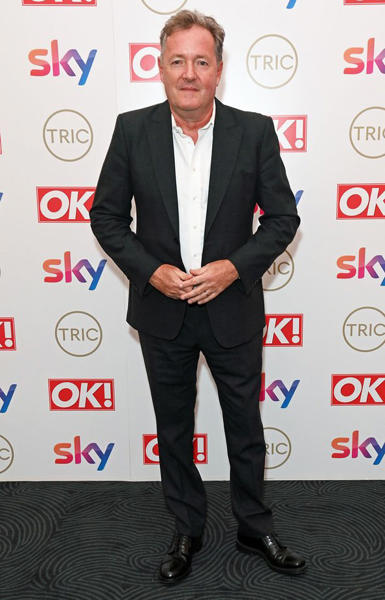 The broadcaster recalled his night as he shared the health update.

Posting about his evening, he wrote: “‘Boozy?’ I only had one pint.. and couldn’t taste it.” 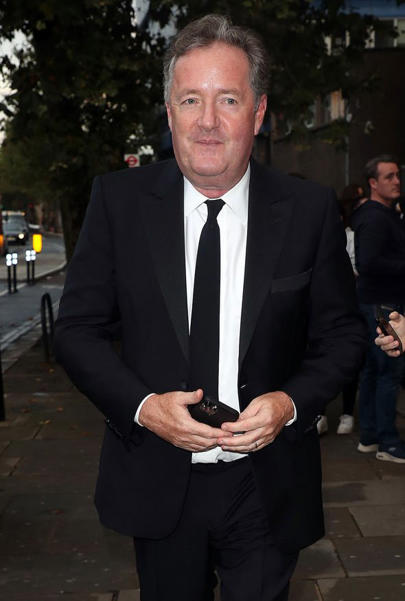 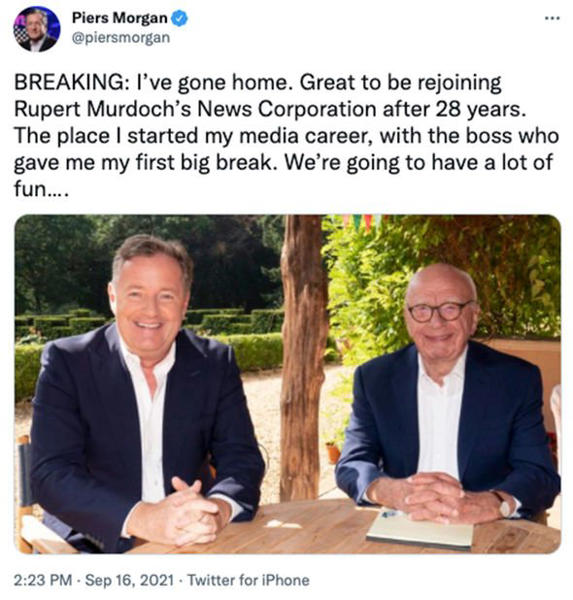 “Genuine question. Why drink a beer if you cannot taste it?” asked Twitter user GoonerGreggs.

“Genuine answer: feeling the sensation/texture of it is better than nothing. Just,” Piers amusingly replied.

Piers was struck down with COVID-19 this summer.

He believes that he may have contracted the virus after attending the World Cup final at Wembley. 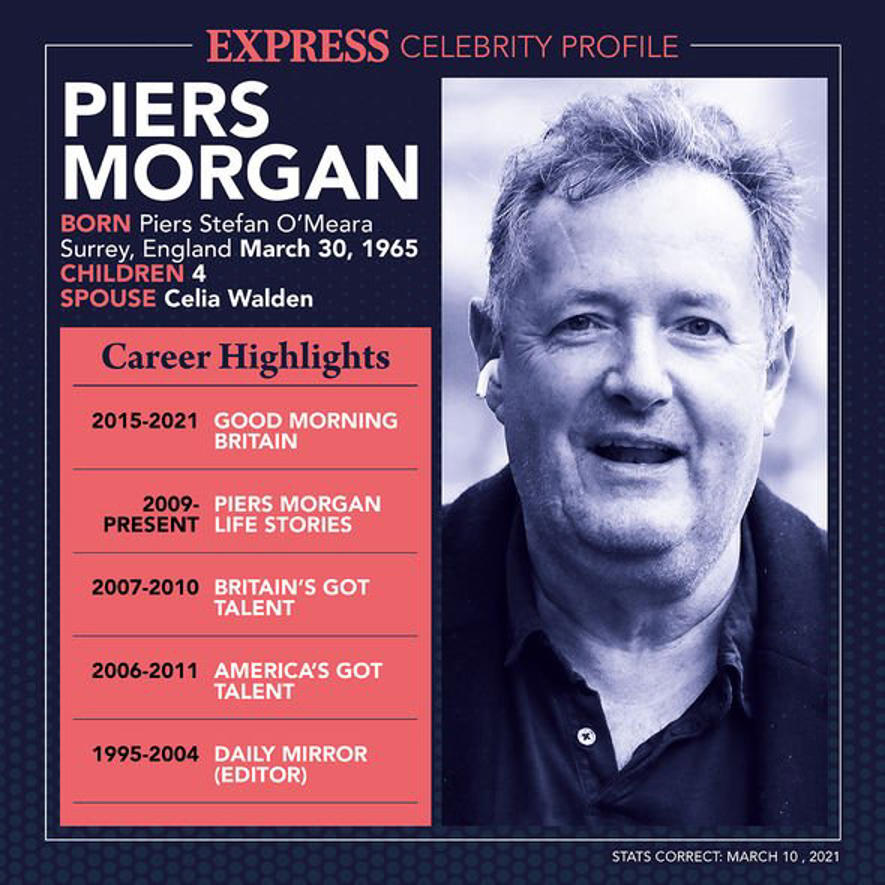 Months after quitting GMB, Twitter signed a deal to appear on new news channel talkTV, which is being set up Rupert Murdoch’s company News Corporation.

It will be broadcast in the UK, the US and Australia.

Piers spoke of his new role on social media earlier this week.

“The place I started my media career, with the boss who gave me my first big break. We’re going to have a lot of fun…” he went on to add.

He will also write newspaper columns for The Sun and the New York Post.

Rupert said of his new recruit: “Piers is the broadcaster every channel wants but is too afraid to hire.

“Piers is a brilliant presenter, a talented journalist and says what people are thinking and feeling.”

Earlier this year Piers quit Good Morning Britain after being a part of the most complained about moments on TV this year.

He said that he didn’t believe a word that Meghan Markle had said during her explosive interview with Oprah Winfrey and was later seen walking off set during a heated debate with his co-star Alex Beresford when discussing it further.

Piers was later cleared of breaching the broadcaster’s code by TV regular Ofcom.

Khalid titles new EP after iconic spot in El Paso, opens up about inspiration from city

Get down without a sound at Rabbit Rabbit's Silent Disco

Go-Go's Lips No Longer Sealed: 'Made In Hollywood' Book Release

With a new building and name, Indian Hill creates ‘a gathering space centered around music'

GROTON — When Rockport’s Shalin Liu Performance Center opened in 2010, it was lavished with honors for its innovative integration of the grand ocean backdrop. © Karen Riggert The concert ... Read more »

© Lars Niki/Getty Images for Hulu Raekwon continues to pump out more music nearly three decades after crashing the scene as a member of the Wu-Tang Clan. Although he’s in ... Read more »

How Insecure Opened Doors for Black Creatives in Hollywood

Seattle Restaurant Week (SRW) starts this Sunday, October 24, and goes through November 6. Over 215 participating local restaurants will create special menus — $20 for lunch and $35/$50 for ... Read more »

It’s game on for The Talk. © Provided by People the talk halloween PEOPLE has an exclusive first look at the upcoming Halloween episode next Friday, in which co-hosts Amanda ... Read more »

From injuries on set to fatal incidents, accidents happen, even to the stars. See the most notable accidents from over the years. While on the set of the movie “Rust,” Alec ... Read more »

Where to buy tickets to see Gang of Four in 2022: dates, schedule, lineup

Garage Sale Items That Could Be Worth Big Money

Maybe you’ve heard the story of a bowl someone in New York state bought for $3 at a garage sale in 2007. © csfotoimages / iStock.com Buy Second-Hand at the ... Read more »

© Fox The Skunk on The Masked Singer’s identity is a mystery, but here are the two best Skunk theories and clues about who the Skunk is on The Masked ... Read more »

Olivia Wilde is putting her support for boyfriend Harry Styles on full display while he’s away on tour. On Thursday, October 21, the actress and producer was spotted out and ... Read more »

Much like cilantro or country music, eye creams are one of those things that people either enthusiastically love or wholeheartedly dislike. Personally, I enjoy a lightweight, hydrating eye cream to ... Read more »

Alec Baldwin is filled with “shock and sadness” and said he’s cooperating with authorities after discharging a prop gun that killed one. Read more »

The sister duo Chloe x Halle has taken the music and television worlds by storm, with two Grammy-nominated albums and a Freeform sitcom under Chloe and Halle Bailey's belt. The ... Read more »

Ballet Arizona Season Opens In Phoenix With Trio Of Ballets

Garth Brooks sells out Ryman concerts, promises 'a plan' for fans without tickets

Any seasoned horror movie consumer knows that the moments of true terror have as much to do with sound as they do with sight. Who could imagine the “Psycho” shower ... Read more »

The Star has a new reporting team. And we need your help to shape it.

Oct. 22—Hi there! I’m Allison Dikanovic. I’m the new kid in town at The Star and in Kansas City. I’ve just started as the editor of our new Service Journalism ... Read more »

Conducting an orchestra is an inherently egocentric act. One stands before dozens of musicians who often have centuries of combined musical experience and tells them what to do, making oneself ... Read more »

2 Live Crew The members of rap provocateurs 2 Live Crew are facing a courtroom fight from a small record label over efforts to win back control of their catalog, ... Read more »

© Messenger Shawn Mendes doesn’t hit the road for his “Wonder” world tour until 2022 but fans can get a sneak peek at what to expect with a special virtual ... Read more »

MUSIC: COLDPLAY © Provided by KCBS Radio San Francisco Liam sails into a wet Bay Area weekend. “Music of the Spheres” is the ninth album by Coldplay and this one ... Read more »

Brandi Carlile On Saturday (Oct. 23), Brandi Carlile will make her debut on Saturday Night Live, in support of her album In These Silent Days, which bowed at No. 1 ... Read more »

How My Morning Jacket, After Considering a Breakup, Learned To Stop Worrying and Love The Jam

This is not a drill, y’all! American Idol judge and “Country Girl” singer Luke Bryan has officially been announced as the 55th Annual CMA Awards host. As a two-time CMA ... Read more »

Kim Kardashian is now 41-years-old. This morning the reality star thanked her followers for all the birthday love in her latest Instagram post. While most of the news surrounding her ... Read more »

Bruce Springsteen & Barack Obama Share How They Joined Forces for ‘Renegades: Born In the U.S.A.' Podcast

© Courtesy of Atlantic Records As a kid, Rob Thomas always thought December 26th was the saddest day of the year. The festive season brought joy amid an at-times turbulent ... Read more »

3 Categories to Watch at the 2022 Grammys

Bad Bunny This story is part of Billboard’s 2022 Grammy Preview issue, highlighting the artists, issues and trends that will define awards season. Read our cover story on Halsey, Trent Reznor and ... Read more »

Happy Saturday, people of the Upper West Side! Let’s get this day started. Here are the most important things happening today in town. © Getty Images/PaytonVanGorp An image of brownstone ... Read more »

© Ethan A. Russell/© Apple Corps Ltd. Of all the revelations on the Beatles’ new Let It Be box set, the biggest is the song that didn’t even make the ... Read more »

Polo G Is Eligible for Best New Artist at 2022 Grammys, Morgan Wallen Is Not

Taylor Swift Teases 'Red Season' Ahead of Album Re-Release Next Month: 'It's Worth the Wait'

10 horror novels that are way scarier than the movies

Paul Walker's daughter Meadow got married — and Vin Diesel was at the wedding!

The Art of Getting Dressed