Every month two people become millionaires through the Premium Bond lottery and thousands of other people win prizes starting from £25. To take part all people have to do is buy bonds of £1 giving them a chance of winning lots of cash prizes and the top cash incentive of £1million. And according to the Government backed savings provider, people are more likely to win if they live in the South West.

Six people from this UK region have won the £1million jackpot this year, winning in March, May, August and September, as well as in December and November 2020.

It’s proof that people in this part of the country are definitely luckier when it comes to winning Premium Bonds as they didn’t account for the region owning the most bonds to start with.

The South West scooped up a quarter (25 percent) of the £1million jackpots – even though they owned just 12.9 percent of all Premium Bonds to begin with.

After the South West, it was people in the South East of the UK who were the next luckiest, this region celebrated four Premium Bonds millionaires in the past year, which works out at 16.6 percent of the total.

READ MORE: Universal Credit income falls as you earn – but some could keep all 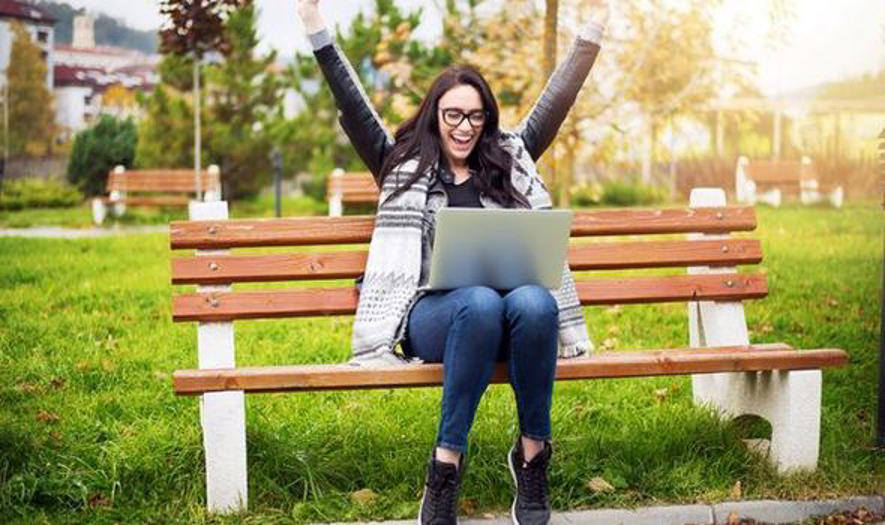 © Getty Woman on her laptop on bench celebrating a win

This was despite the fact that they owned the most Premium Bonds, 20.7 percent.

In joint third place was Scotland and Yorkshire & Humberside, both producing three millionaires which equates to 12.5 percent of all the big prizes.

Maybe it’s not entirely down to luck, some people believe that bonds bought closer to the draw are more likely to win.

However, NS&I states that each bond has an equal chance of winning – no matter when, or where, it was bought.

DON’T MISSState pension fury: Scrapping triple lock risks fuel poverty and ‘betrays pensioners’ [UPDATE]‘This is just the start…’ Rishi Sunak may hit retirees further in next Budget [WARNING]State pension could rise by £300 next year – but half a million to miss out [INSIGHT]

On its website, it said: “Each £1 Bond number has an equal chance of winning, regardless of when or where it was bought.

“Over 95 percent of eligible Premium Bonds have been bought since the year 2000.

“So even though Premium Bonds have been on sale for over 60 years, this is why newer Bonds seem to win more frequently.”

Of course there’s no guarantee players will win anything, but many see it as a safe way to invest their money in a Government backed scheme while also having a bit of fun. 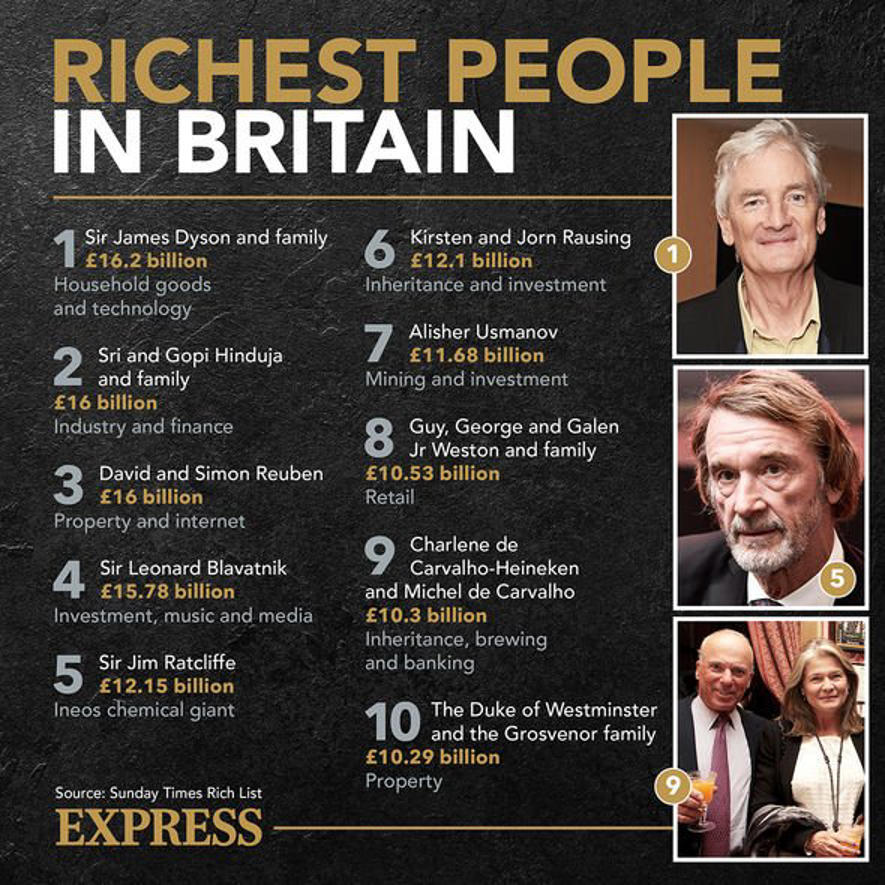 On MoneySavingExpert.com, Martin Lewis commented: “You’re actually likely to get less than one percent, and there’s a negligible chance of winning a million.

“If you know and you’re okay with this, then investing in Premium Bonds isn’t a bad plan.”

Winners can choose to receive cheques through the post, have them paid into their bank account or have them automatically reinvested.

Recently the bank made a U-turn on an earlier decision to stop sending cheques to winners, but it is still urging its customers to go digital because it says it’s much safer this way.

NS&I already pays nine out of ten prizes straight to customers’ bank accounts, or by reinvesting into more Bonds.

It said: “If you do still receive Premium Bonds prizes as a cheque in the post, why not switch to a better way?

Premium Bonds are a form of savings account which British people can put money into and take out when they need to.

The winners are drawn on the 1st of every month, so the next British millionaires will be announced on Octoober 1 2021 – it will be interesting to see which region the next winners come from.

Action will be taken against anti-vaccination groups

Carl Bernstein calls for investigation into supporters of 'psychopath' Trump

At least 43,000 people may have been wrongly given a negative Covid test result, the UK Health Security Agency has said, as it announced the suspension of operations at a ... Read more »

‘There was blood everywhere': UK and Irish survivors on 2015 Bataclan attack

Photograph: Benoît Tessier/Reuters British and Irish survivors of the 2015 terrorist attack on the Bataclan concert hall in Paris have told a court how they played dead on the ground ... Read more »

Burgess trial delayed until November due to COVID-19

Oct. 16—SHAMOKIN — A Shamokin man is the victim of a gunshot wound following an incident on Friday night in the 900 block of Orange Street in Shamokin, according to ... Read more »

DEAR DEIDRE: MY girlfriend and I have a great arrangement – we’re a couple and if either of us fancies a bit of extra fun with someone else, that’s fine ... Read more »

CHELSEA have a narrow lead in a West London derby at Brentford after Ben Chilwell fired a rocket into the top corner on the stroke of half time. Earlier in ... Read more »

© Provided by Autosport EKSTROM_REN5605.JPG The Swede won his second round battle against team-mate Jordi Gene – eliminating the Spaniard from the title fight in the process and reducing the ... Read more »

WRC Spain: Neuville in command as Ogier fights back

Four people were shot at an Alabama high school football game — at the same stadium where 10 were shot two years ago. At least one of Friday’s victims was ... Read more »

Jennifer Gates with her dad Bill. TheImageDirect.com Last-minute preparations have hit a fever pitch for the $2 million wedding today of Microsoft heiress Jennifer Gates, which takes place at her ... Read more »

If you’re an NFL fan and you can find it in your heart — even if for just a few moments — root for the Detroit Lions in their home ... Read more »

What does charisma do in The Good Life?

In The Good Life, how you present yourself to the townspeople of Rainy Wood plays a factor in how they treat you. Donating at Cat and Dog shrines will affect ... Read more »

Tens of thousands demonstrate in Rome against fascism

NASA's Lucy mission: 20 minutes of terror will define the next 12 years

Editor’s note: This story was originally published Friday, Oct. 15. On Saturday, Lucy’s liftoff was a success, with the principal investigator of the mission calling the launch “truly awesome, in ... Read more »

Biden honors fallen police: Being a cop today 'harder than it has ever been'

President Biden on Saturday honored police during a speech outside the Capitol to honor fallen police who died in the line of duty in 2019 and 2020. © screenshot/ youtube ... Read more »

The One Show forced to apologise over sound blunder

Photo credit: BBC Oopsie! The One Show (which is no stranger to an awkward moment) suffered a bit of a technical fail on Friday (October 15) when those tuning in ... Read more »

© Getty Images file photo The Ambassador bridge links Detroit, Michigan with Windsor, Ontario. It is one of the busiest trade routes in North America. This photo was taken from ... Read more »

Katey Sagal has been taken to hospital after being hit by a car while crossing the road in Los Angeles. According to TMZ, a Tesla hit the 67-year-old actor this ... Read more »

Danish man Espen Andersen Braathen has been charged with the murders of four women and one man killed in the rampage in Kongsberg. A police officer and two others were injured. Read more »

Huddersfield moved into the Championship play-off places following a battling 2-0 win at home to Hull. Tom Lees got the Terriers up and running following a goalkeeping blunder by Matt ... Read more »

Coventry battle back to hold Blackburn

Coventry produced a stirring fightback with two goals in six second-half minutes securing a 2-2 draw at Blackburn. Mark Robins’ men found themselves two goals down at the break as ... Read more »

Derby battle for point at Preston

Misfiring Preston failed to give their late owner Trevor Hemmings a fitting send-off victory after a frustrating 0-0 draw with Derby at Deepdale. A bumper crowd of 18,092 packed into ... Read more »

Jason Schultz said he stayed on the picket lines during the storm ‘to make sure everyone knows we’re not leaving’ (Erin Shaffer) A grainy cellphone photograph of a lone Kellogg’s ... Read more »

UAE has begun a new phase in recovery from Covid-19: Sheikh Mansoor

© Provided by New Straits Times JOHOR BARU: The sap is once again flowing in the veins of the hospitality sector in Johor, with the lifting of the interstate travel ... Read more »

Nabil Fekir FIFA 22: How to Complete the Road to the Knockouts SBC

Travelling with kids under 12? What to know about the latest COVID-19 rules