The UK has witnessed spectacular upheaval of pensions policy throughout the coronavirus pandemic, including the pause on the flagship Triple Lock policy which has left pensioners worse off. Individuals have been expecting to hear what’s in store for their savings in the Budget this afternoon. In September, the Government confirmed it would freeze the Triple Lock – which guarantees the state pension will increase by the highest of inflation, average earnings growth, or 2.5 percent. The Government put a hold on the lock when earnings grew after many people returned from furlough.

What did the Chancellor announce about pensions today?

The Chancellor did not make any announcements regarding the Triple Lock today, however did make other changes to pensions.

He said the Government will consult on changes to the regulatory charge cap for pension schemes, in a bid to allow more institutional investment.

The cap, put in place in 2016, protects employees who are auto-enrolled into their pensions from having their retirement pot eaten into by higher charges. 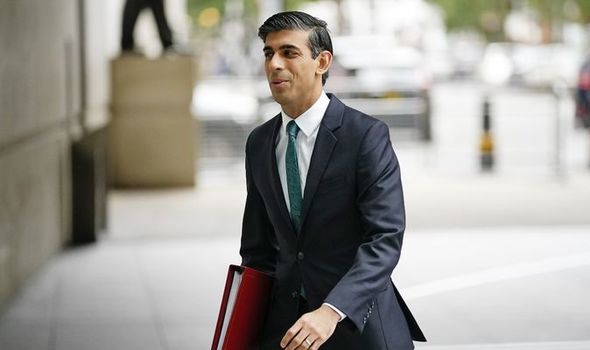 Kevin Mountford from Raisin UK explained to Express.co.uk readers: “If you build up a pension that exceeds the lifetime allowance, you can end up paying tax at a rate of 55 percent if you take the money as a lump sum.

“The amount of tax-free cash that people can pay into their pension each year is currently set at £40,000, but is now potentially being lowered to £30,000/£20,000 (but not yet confirmed by the Government). 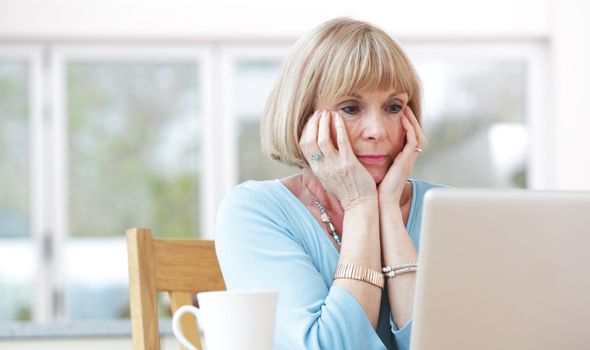 “Slightly concerned about glib ‘regulatory unlock for pension charge cap’ i.e., increasing the charges cap so funds can charge more. This can be positive, as it allows a wider choice, but must not be allowed to push up the norm for charges for simple funds.”

However, there was little else in the way for savers and pensioners in this Autumn Budget.

“This can be positive, as it allows a wider choice, but must not be allowed to push up the norm for charges for simple funds.”

Former Pensions Minister, Sir Steve Webb tweeted: “Relaxing pension charge cap to encourage illiquid investments is really missing the point – most schemes are well below the charge cap and barriers to investment are not primarily about charges.”

Sunak has £30bn in extra funding – but pensioners get NOTHING

Minimum pension age hike: Will changes be put on hold?

Helen Morrissey, senior pensions and retirement analyst at Hargreaves Lansdown said: “We welcome the consultation on reform of the DC charge cap announced in today’s Budget. While introduced to safeguard value for scheme members we know that cost is only one determinant of value.

“There will be appetite to invest in more illiquid assets, especially if it aligns with people’s values of a greener future and this would prove difficult with the charge cap in its current form.

“We await the full detail, but it will be interesting to see if this may also read across to charges on drawdown investment pathways.”

Shona Lowe, financial planning expert, at abrdn, told Express.co.uk: “Today’s speech by the Chancellor means many can breathe a sigh of relief that their private pensions, investments and savings haven’t been impacted by any tax changes.

It’s reassuring in the current environment, but we never know when that might change.

“The key takeaway for me is the continuing importance of using current reliefs and allowances to make sure you’re being as tax efficient as you can – it may be useful to seek advice to ensure you are maximising what you have to enjoy now and in the future.”

Who is Chris Armas? The coach Manchester United are interested in adding to Ralf Rangnick's staff

MYSTERY “UFO sounds” recorded from under a lake in the USA have sparked a bizarre alien base conspiracy. But science may have some more mundane explanations as to where this Martian ... Read more »

LAS VEGAS — After wrapping up his annual gig as the voice of Christmas, Canadian crooner Michael Bublé is set to head to Sin City. © Provided by The Canadian ... Read more »

OTTAWA — The federal government has awarded three companies with contracts worth up to $631 million for COVID-19 border testing and other screening services.  © Provided by The Canadian Press ... Read more »

Scientists and experts have been working tirelessly to track and understand the new starting that has mutated from the original coronavirus called Omicron. Brits are buckling up for their second ... Read more »

Exit International Switzerland has just legalized a new way to die by assisted suicide. The country’s medical review board has just given authorization for use of the Sarco Suicide Pod, ... Read more »

© Provided by Football League World General view during the match Scunthorpe United manager Keith Hill has used a break in fixtures to ready his players for Tuesday’s visit to ... Read more »

UN delays action on Myanmar and Afghanistan's bid for seats

It’s fair to say, not everyone is bananas for Christmas puddings, Christmas cakes or even mince pies. Now, we love them here at Delish, but we get it – some ... Read more »

How Is Hyundai's Hydrogen Car Bet Working Out?

© InsideEVs Hyundai NEXO in UK Hyundai called Tesla’s EVs “toys” years ago. Now, the Tesla Model 3 and Model Y are dominating. For a time, there’s was quite a ... Read more »

Jussie Smollett defense could rest today with or without his testimony

CHICAGO — Jussie Smollett’s attorneys are expected to continue presenting their case to jurors Monday morning on what might be the final day of the “Empire” actor’s trial. And as ... Read more »

Most Bought smallcase for November 2021

Aishwarya Rai To Star Next In An Indo-American Movie

© Provided by Lehren Aishwarya Rai To Star Next In An Indo-American Movie Aishwarya Rai Bachchan, who was last seen in ‘Fanney Khan’ has recently signed a movie called “The ... Read more »

Who is Sukesh Chandrasekhar? The Millionaire Conman Whose Cosy Pics With Jacqueline Fernandez Went Viral

© Provided by Business Today How e-commerce firms are gearing up to tackle the Omicron threat At a time when the cases of the new Omicron variant are rising in ... Read more »

© Bang Showbiz Freida Pinto reflects on Hollywood diversity Freida Pinto thinks it would have been “easier” for her to be successful if she was starting her career now. The ... Read more »

Karan Johar created a massive buzz when he announced his next directorial as Rocky Aur Rani Ki Prem Kahani. The ace filmmaker will be working on Ranveer Singh and Alia ... Read more »

© Provided by Pinkvilla Jay Bhanushali was one of the contestants of the reality show Bigg Boss 15 and the actor was highly appreciated for his game. He was evicted ... Read more »

© Provided by CNBCTV18 IndiGo airline’s holding company InterGlobe Aviation on Monday scheduled an extraordinary general meeting (EGM) on December 30. Interglobe sent a notice to its shareholders in this ... Read more »

Jake Paul has slammed Tommy Fury as the “biggest b**** in boxing” for pulling out of their scheduled fight just days out from the event. The YouTube star would have ... Read more »

Prince Harry: Celebrate those people who quit their jobs during the pandemic

I'm a Celebrity eviction result: Arlene Phillips is first contestant to be voted off

No successful prosecutions by the Investigating Directorate, says NPA's Batohi