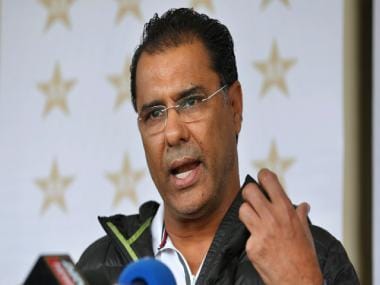 © Provided by Firstpost Pakistani statements and Indian reactions post T20 match show nothing has changed in past 1,000 years

Remember Leon Trotsky’s famous adage, “You may not be interested in war, but war is interested in you.” It has taken a set of events surrounding the India-Pakistan T20 World Cup match to remind us: That even though Hindus may believe in banalities like “Vasudhaiva Kutumbakam”, our Muslim neighbours across the border certainly don’t.

The surprising thing is that this is not new. Far from it, this has been a repeated historical pattern over the last thousand years of Muslim colonisation where Hindus did not particularly see the Muslims as different, but Muslims always saw Hindus are different. This goes back to how one defines identity.

Harvard professor Samuel Huntington hypothesised that one’s identity comprises two parts: Substance (what binds us together) and salience (what separates us from others). Now historically, if you look at this, you will see that Indians have neither had substance nor have they had salience.

In fact, it is safe to say that all religions founded in the Bronze Age or early antiquity never emphasised either. However, the second axial age that heralded religions like Christianity and Islam place this unique invention at the centre of everything they did. The aim was to create a strong bond between coreligionists and at the same time create a strong division with others who did not follow the religion.

A simple example of this is how the Greek, Roman and Egyptian religions all co-existed and syncreticized with each other. When revolts happened in the Roman world, it was not because of religion, but everything else. The notable exceptions were the Abrahamic religions — Judaism and Christianity. Christianity ultimately absorbed the Roman Empire; the last remaining Roman pagans never understood till the end why the Christians didn’t accept their Gods while they were happy to accept Christianity as one more stream within the Roman whole.

The same scene played out in India when the Muslim Turkic invasions began. Rajendra Chola, for example, in 1094, setting out for the conquest of what was there in Indonesia and Malaysia never spared a thought for Mahmud Ghazni destroying the Jyotirlinga at Somnath, this despite being an alleged “Shiva Bhakta”.

Similarly, the previous pre-Islamic Turks who had invaded India, like the Turk Shahi dynasty, integrated completely into the Indian fold. Their cousins — the Mongols — similarly integrated into every society they conquered. Yet, the same ethnic stock post religious conversion not just refused to integrate, but viewed everything from a religious viewpoint.

After all, if the Turk Shahis integrated, why didn’t the Mamluks, Khiljis and Tughlaqs? If the Mongols were equal opportunity destroyers, why did Berke (khan of the Golden Horde) take his cousin Hulagu’s destruction of Baghdad and killing of the Caliph so seriously that he declared war? What toxicity is this that turns cousin against cousin for the sake of beliefs?

This is the mindset we face today and have faced for the last 1,000 years. We may very well have seen the invaders merely as an ethnicity “Turks” (Turushkas), not as a religion. But they saw us not as an ethnicity, but as a religion (Hindu). This is what we have seen with the Pakistan cricket team this week — from praying on the field, to referring to the victory as “kufr to toot gaya” (the infidel was destroyed) by an official ICC commentator, to Pakistan captain Babar Azam responding to it positively, saying “Allah ka shukr hai” (all thanks to Allah), to Shoaib Akhtar, Waqar Younis and a Pakistani minister claiming this was a “victory for Islam”, to the wild celebrations among a section of Indian Muslims.

What is gobsmacking though is that the Hindu response to all of this has remained the exact same as Rajendra Chola in 1094 AD. Some tried explaining away “kufr” as “jinx”, ignoring the fact that the root of it still lay in the three Arabic consonants K F R, denoting a pejorative. Others claimed that it was simply normal usage used even by Hindu poets writing in Urdu.

That’s a bit like saying that inflections and variations of the N-word are perfectly acceptable because they come from the Portuguese for black. Captain Virat Kohli, who loves sermonising Hindus on how to celebrate Diwali, meanwhile, had nothing to say about this. Worse still the management of the team run by the BCCI comes under the son of a home minister who gives lectures across India on protecting Hindus and their “civilisational heritage”.

Yet, apparently, he never taught his son any of those virtues, because the management was happy to get the team to “take the knee” supporting a violent, rioting, arsonist movement in the United States a year back, but had nothing to say about the slaughter of Hindus in Kashmir and Bangladesh just a week ago.

Mind you, the BCCI didn’t even take cognisance of the religious slur and has to date refused to even acknowledge it.

While we know the “liberal secular” media would completely ignore it, the real shocker was some right-wing outlets dismissing it in a blasé fashion in a few lines, merely asking Team India and its management to introspect. Had a major politician’s son not been involved, these publications would’ve gone hammer and tongs on the subject.

The ceaseless civilisational assault on Hindus continues unabated and Hindus, especially their much vaunted champions and gonfalonieres, prize their access and financial benefits over their identity. Clearly, you can take the Jaichand out of India, but you can’t take the Jaichand out of the Hindu. Plus ça change, plus c’est la même chose (the more things change, the more they stay the same).

The writer is Senior Fellow at the Institute of Peace and Conflict Studies. The views expressed in this article are those of the author and do not represent the stand of this publication.

It’s nearly time for the Doctor Who festive special which can only mean one thing – Daleks. The metal monsters will make a return on New Year’s Day in a ... Read more »

© Provided by Hindustan Times The Ludhiana police received information that the accused shopkeeper refilled small LPG cylinders from regular ones and sold them to labourers at a higher price. ... Read more »

© Provided by WION Germany’s pro-business Free Democrats (FDP) on Sunday voted on Sunday to back coalition agreement with the Social Democrats and the Greens. This has paved way for ... Read more »

© Provided by Hindustan Times Air India pilots have been writing to the airline since October but they haven’t received any reply. (HT PHOTO.) Air India pilots, who had warned the ... Read more »

“What an awfully big adventure,” said Kevin McNally’s Prof Jericho as he faced certain death at the hands of either a Sontaran or the Flux, or possibly both simultaneously. And ... Read more »

© Provided by dw.com Tensions have soared in recent months on Belarusian borders Ukrainian defense attache had been summoned to the country’s Ministry of Defense over allegations that a Ukrainian ... Read more »

Shooting Alfonso Gastelum, a 27-year-old man from Buckeye, is dead after he was shot during a dispute by a suspect who had been harassing members of his family. At roughly ... Read more »

© Provided by Vols Wire Chip Long served as Tulane’s offensive coordinator during the 2021 season. He will serve in the same capacity at Georgia Tech in 2022 under head ... Read more »

Where to discover The Device in Fortnite Chapter 3 Season 1

© Provided by GamePur One of the Season Quests in Fortnite Chapter 3 Season 1 is to discover The Device. This is a piece of tech that The Seven will ... Read more »

ShahZaM vs. Berlin: Sentinels' IGL seeks to conquer the city that burned him twice

ANDROID users have been identified as potential victims to a malware scam that seeks to obtain personal information, through their phone. By answering a simple phone call, users become at ... Read more »

Valorant Invalid Access to Memory Location: How to Fix

Valorant’s invalid access to memory location has been a pop-up error message for some players. This error is not as simple as exiting and reentering the game. Instead, this is ... Read more »

© Provided by The Guardian Photograph: Daniel Leal/AFP/Getty Images It might not have been the day that Harry Kane scored his first Premier League goal of the Antonio Conte era, ... Read more »

© Provided by News18 Ralf Rangnick will take the mantle of Manchester United for the first time as an interim manager on Sunday when the Red Devils host Crystal Palace ... Read more »

Travel bans will do nothing to stop spread of omicron in UK, scientist warns

© AP Professor Willem Hanekom said controls on travel should not be the priority for UK authorities in dealing with the new variant – AP Cases of the new omicron ... Read more »

© Provided by Touchdown Wire Is there anything better in football than a big dude rumbling into the end zone with a ball he’s procured from the opposing offense? We ... Read more »

Chris Cuomo was accused of harassment days before CNN firing

© Provided by Fansided With the news of Antonio Brown being suspended for his fake COVID card, his future with the Tampa Bay Buccaneers really feels up in the air.  ... Read more »

© PA Images Steven Gerrard watches from the touchline Steven Gerrard has praised his Aston Villa side for overcoming their “sloppy” start to defeat Leicester 2-1 at Villa Park. The ... Read more »

© Provided by Fighting Irish Wire Brock Wright went undrafted this past spring but was ultimately signed by the Detroit Lions.  After bouncing between the practice squad and active roster ... Read more »

© Provided by For The Win Before the 2020 college football season, the Belk Bowl — a bowl game based in Charlotte that features an ACC team against either a ... Read more »

Gardner Minshew Is Off To An Incredible Start On Sunday

© Provided by Bills Wire Buffalo Bills CB Dane Jackson spent most of his rookie season on the practice squad though he shined when he had opportunities in limited gameplay ... Read more »

How to get Endwalker Tomestone Gear in Final Fantasy XIV

© Provided by GamePur Once you’ve defeated Zenos, watched the end credits roll, and turned in your final quest, you are officially done with the story content of Endwalker. However, ... Read more »

Kate Middleton's Favorite, Go-To Sneakers Are On Sale At Zappos For a Limited Time