The cost of a family summer holiday could rise next year due to Heathrow airport‘s planned price hikes. Passengers flying from Heathrow will be charged substantially more for a holiday than before if the move goes ahead.

Former British Airways boss Willie Walsh warned this week that the price of a family holiday could increase by up to £100 next year.

Heathrow is owned by a consortium of billionaire investors who want to increase the charges airlines pay to use the airport from £19.36 to £37.63.

This would be more than a 90 percent increase. 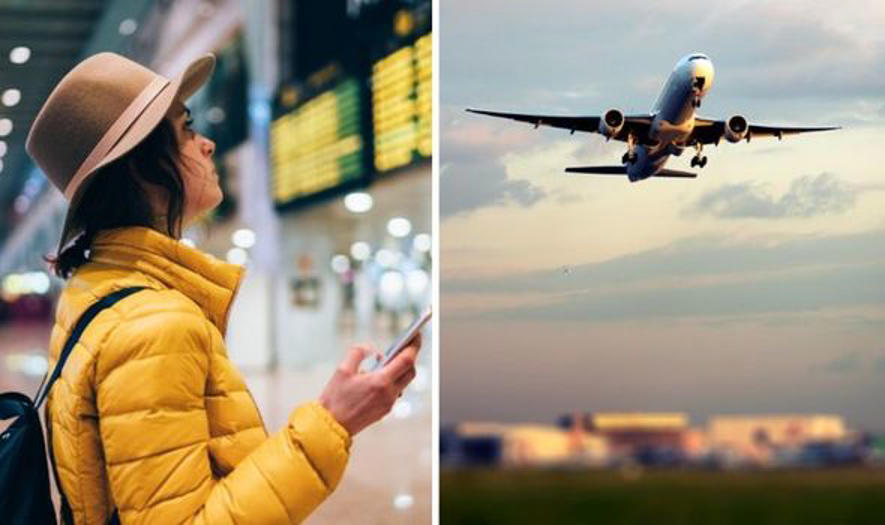 Airlines like British Airways are forced to add these charges to ticket prices, making holidays more expensive for families.

A family of five could pay almost £100 more for flights from Heathrow if the plan gets the go ahead from the Civil Aviation Authority regulator in the coming days.

Mr Walsh is unimpressed with the proposal and said Heathrow shareholders must “step up” to provide investment after years of dividend payouts.

He said: “Heathrow must understand that gouging its customers is not the road to recovery for itself, the airlines, travel and tourism jobs, or travellers.

“I have sympathy for some airports, but looking for a 90 percent increase, I just find that outrageous.

“There is simply no justification for that, and the only reason they are doing that is because they believe they can.”

“The recovery of the UK’s travel and tourism industry impacts millions of jobs. 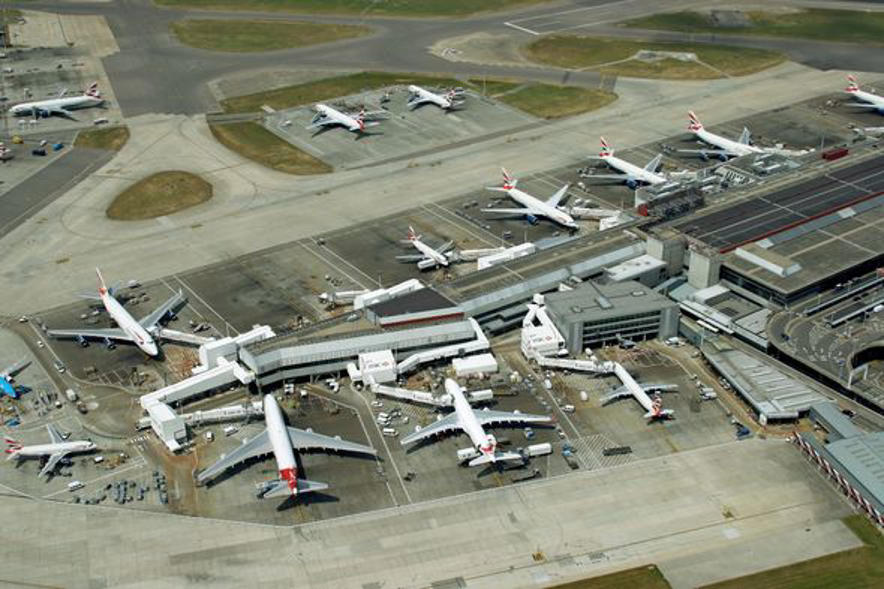 “They cannot be held hostage to the intransigence of what is effectively a greedy monopoly hub airport.”

Heathrow has seven billionaire owners which have paid out about £4billion in dividends since 2012.

The bosses have said the airport could restart payouts next year if its debts come under control.

They were paused over the pandemic. 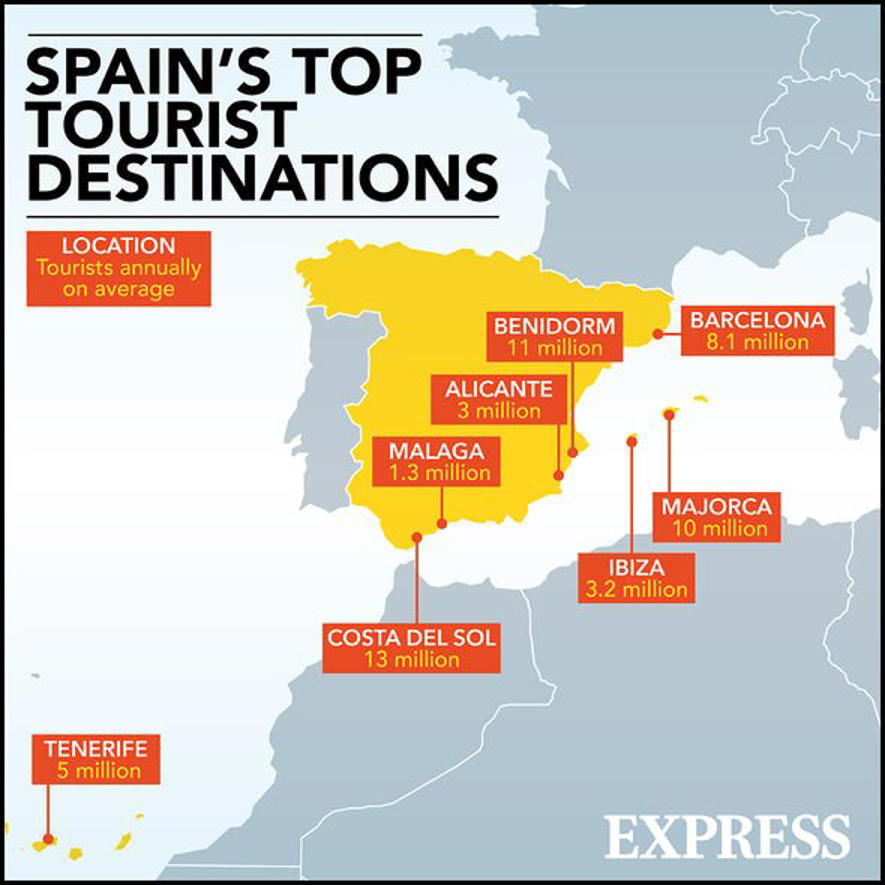 Heathrow’s charges for airlines are based on the number of people using the airport.

It expects around 40million passengers next year, down from 80million before the pandemic.

Bosses have said this means holidaymakers should pay more to cover the difference.

Company documents show Heathrow could raise £1.6billion from airport charges next year, offsetting losses of £2.9billion due to the pandemic.

A Heathrow spokesperson said: “We’ve proposed a balanced increase of four percent to the average airfare, which will allow us to continue targeted investment in the airport’s resilience and to maintain basic service standards.”

However, Mr Walsh added: “I am critical of any airport who believes they have the right to significantly increase charges at this time to recover money they didn’t get because of coronavirus.

“You can imagine if an airline tried to say ‘you owe us money because you didn’t fly with us in 2020’ – they’d be laughed out of court.”

Interestingly, almost nine out of ten Britons support the price hikes, as well as the introduction of a frequent flyer tax, according to a survey by WWF and the thinktank Demos.

Aviation is one of the fastest growing causes of greenhouse gas emissions and experts have said things will need to change for the UK to reach its carbon zero target.

Fact Check: This man did not attack airline CEO for mandating Covid vaccine

Adele dialled back on social media after falling behind on errands

'I smell a title charge', 'Getting Europe' - Many Wolves fans erupt over 'unreal' news

© Provided by Football FanCast hasenhuttl southampton Southampton have yet another away clash on their hands today against Liverpool after losing 2-1 to Norwich City at Carrow Road last weekend. ... Read more »

© ES Composite PLArsenalNewcastle2122.jpg Arsenal will look to kickstart a fresh unbeaten run against Newcastle on Saturday lunchtime after having their ten-game streak ended by Liverpool last weekend. On paper, ... Read more »

Dimitar Berbatov was the toast of Old Trafford after scoring five times in a 7-1 demolition of Blackburn Rovers on this day 11 years ago. The Bulgarian striker had been ... Read more »

Ultimately, if you throw enough nonsense at a wall, eventually something will stick and make complete sense. After the best part of a decade of glorious mismanagement, Manchester United appear ... Read more »

Ian Wright believes Manchester United could be dealt another heavy defeat when they face Chelsea this weekend. United head to Stamford Bridge amid the imminent arrival of Ralf Rangnick as ... Read more »

Carney Chukwuemeka is regarded as the best talent from Aston Villa’s academy and one of the best young players in Europe, so the Guardian revealing he ‘will not sign’ a ... Read more »

The RNLI has warned the public to “stay safe near the coast” as the weather conditions could make seas and coastlines “particularly dangerous.” Read more »

A mind-blowing sum of money was raised for The Late Late Toy Show annual appeal, only an hour into this year’s special. While the Toy Show can usually be best ... Read more »

© Provided by Pinkvilla In today’s episode, Jende tells Raghupati that people misunderstood him because they didn’t realise he’d lost his vision, and that’s why they hit him. Raghupati becomes ... Read more »

© Provided by BollywoodLife.com Anupamaa headlined by Rupali Ganguly is currently one of the most watched shows of the Indian Television industry. It is ruling the TRP charts and entertaining ... Read more »

SS Rajamouli revealed the release date of RRR trailer launch. Director SS Rajamouli, at a promotional event, opened up about the trailer release of his upcoming film RRR. While speaking ... Read more »

© Provided by The Indian Express I sort of expected Nepo (Ian Nepomniachtchi) to play the Ruy Lopez opening with e4, but it was still fifty-fifty. However, it was in ... Read more »

Kajal Aggarwal took to social media and shared a cute family portrait with her husband Gautam Kitchlu and her pet pooch. The couple held their pet in arms as they ... Read more »

EXCLUSIVE: Nishant Malkhani on social media: ‘Actors today are judged on the basis of their followers'

© Provided by Pinkvilla Rakshabandhan: Rasaal Apne Bhai ki Dhaal is a popular show on television screens and the lead actor Nishant Malkhani has been getting a lot of appreciation ... Read more »

© CPL T20 Roger Harper: “There are a number of talented newcomers in each format that will have the opportunity to show what they are capable of at the international ... Read more »

Masaba Gupta wishes beau Satyadeep Misra on his birthday; Calls him her ‘exit from the tedious world'

© Provided by Pinkvilla Masaba Gupta is one popular name of BTwon who makes sure to make your favourite stars look glam in her designer wear. Well, everyone must have ... Read more »

© Provided by DNA A spectator sitting on the stands at the stadium while the first Test between India and New Zealand is underway in Kanpur has caught the attention ... Read more »

LIVE – Updated at 08:11 © iStock/The Independent LIVEBLOG 12 copy.jpg Black Friday – aka the best shopping event of the year – has finally arrived and we’re now in ... Read more »

Mumbai Mayor Kishori Pednekar announced on Saturday that all those coming to the city from South Africa will be quarantined on account of the new Omicron variant of coronavirus. Kishori ... Read more »

Why 'Omicron', Not 'Nu' or 'Xi'? WHO Says Two Greek Alphabets Jumped to 'Avoid Stigma'

© Provided by News18 Why ‘Omicron’, Not ‘Nu’ or ‘Xi’? WHO Says Two Greek Alphabets Jumped to ‘Avoid Stigma’ The World Health Organization on Friday, in an emergency meeting, named ... Read more »

© Provided by WION Demonstrators in Australia took over the streets protesting against the Covid-19 vaccine mandate. People were seen gathering around Melbourne’s state parliament and in towns and cities ... Read more »

The January transfer window is creeping ever closer as clubs step up their preparations for the winter window. That will be no different at Aston Villa as new head coach ... Read more »

Radio silence: Afghan stations are one more casualty of the Taliban

The romantic serials have gone after the Taliban warned against racy content, the popular women’s call-in shows were axed after the militants said they didn’t want female journalists on air, ... Read more »

Luke Ayling is set to play for Leeds United’s under-23s next week, according to journalist Phil Hay, as the Whites’ injury problems continue to ease. © Provided by Transfer Tavern ... Read more »

Howe must unleash £9m-rated NUFC "pocket dynamo" v Arsenal, he could be a game-changer - opinion

Manchester United chief Ed Woodward is set to continue with his plans to step down from his role in April and will not take a leading role in choosing the ... Read more »

FOR the second time around in more than 200 years, the Minor Basilica of the Black Nazarene, popularly known as the Quiapo Church, has called off the traditional “traslacion” or ... Read more »

Sneak Peek: Here's What to Expect at the New and Improved Ayala Museum

How house buyers can get a £110,000 discount by buying their home off the council

The Last Duel review: Not quite Jodie Comer's star turn, but a perfectly engrossing slice of historical intrigue

How to find Recent players in Halo Infinite

Why these students are dreading their 21st birthdays

Is buy now pay later use considered by mortgage lenders?