Despite the fact One Direction split up in 2015, the group’s fans have been yearning for more content from them ever since. Rumours of 1D reunions and comeback shows have been rife since then, with many fans being left disappointed – but that could all be about to change.

Liam Payne recently appeared at the Royal Albert Hall to perform at Tom Parker’s Inside My Head charity concert.

During the red carpet event, the 28-year-old was quizzed over any potential get-together for the rest of the band – and his answer was quite surprising.

He told the reporter: “I don’t know… I definitely think it will happen!

“But, I think everyone is just enjoying their solo work at the moment. Yeah… we’ll see.” 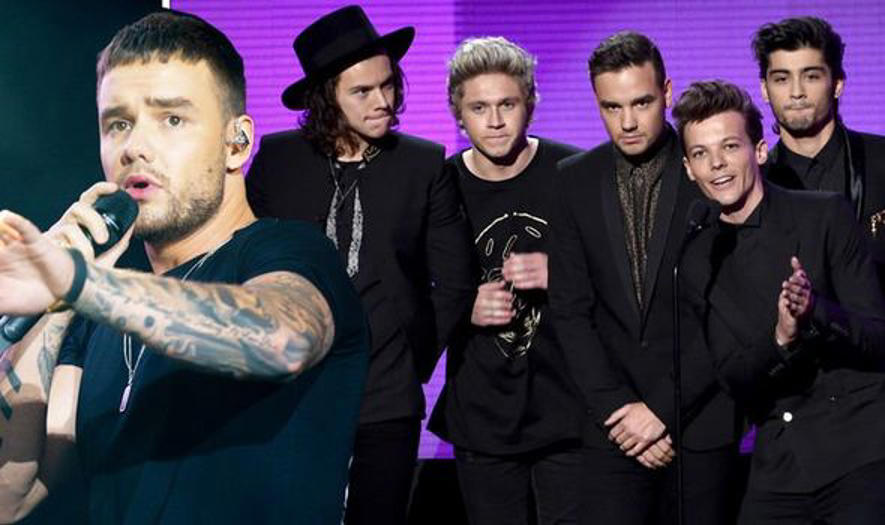 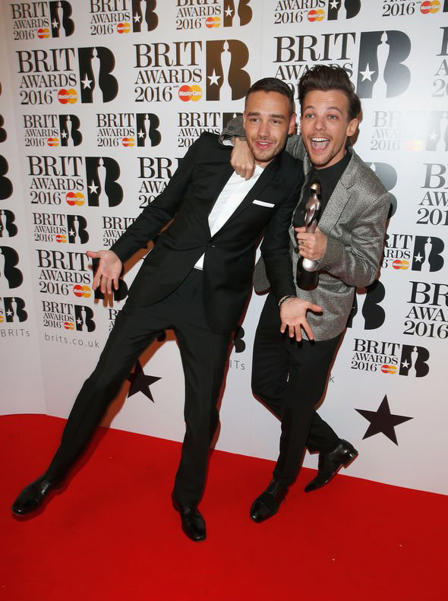 What do you think? Should One Direction get back together? Join the debate in the comments section here.

Liam went on to reveal he has been speaking with another member of the band about a reunion.

He continued: “I spoke to Louis [Tomlinson] the other day and we were just saying… It’s got to happen sooner than later! So, that’s my only update on that one.”

This is not the first time Liam has spoken candidly about bringing the band back together.

Earlier this year he told a live stream: “Most of us are in London. We’ve been trying to arrange the first group FaceTime with the boys at the moment.”

Liam went on: “I can’t say too much. Louis told me off for revealing a bit of our plans the other day, so you’re going to have the group chat telling me off.”

He then addressed Swedish DJ Alesso, who was on the stream with him, saying: “You can come in and fill in for Zayn [Malik] and join the band.”

The Strip That Down singer later confessed he had recently spoken to Harry Styles.

He explained: “I did speak to Harry, and it was really lovely. He called me because he has a sixth sense for if I’m struggling or if one of us is in trouble I feel like.” 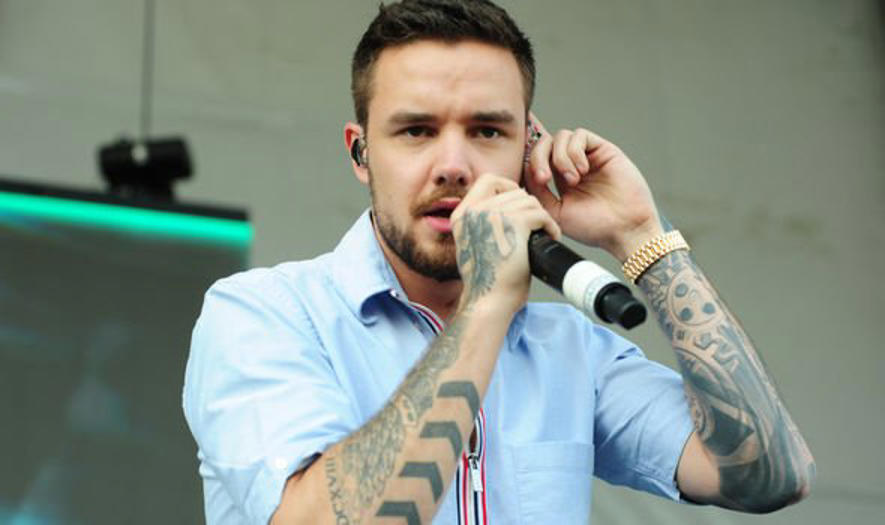 Liam added: “I spoke to him and it was a really lovely catch-up actually, and I’ve got a lot of love for the man. He’s great, he’s really, really great.”

In June, the singer explained how he would “love” for the band to physically get together.

He revealed: “I’d love for us to get in a room at some point. I think it would be the best thing.

“We’ve all said it outside but we’ve just not said it to each other. There’s a song in there somewhere. Somebody write that down!”

The odds are certainly in One Direction‘s favour.

Leading bookmaker Ladbrokes have recently given the band a staggering 1/2 odds on getting back together this year.

But, as September comes to an end, the band have just three months to make these odds a reality.

'Climategate' and The Trick: Hacked emails, a media storm, years potentially wasted – why scientist Phil Jones wants the story to be retold

Daniel Craig got a 007 sendoff like no other. How Sean Connery, Roger Moore said goodbye to Bond

Trump and Melania star in Madame Tussauds branch in Dubai

Tom Morey, inventor of wave-riding Boogie Board, dies at 86

a film camera projecting light on the IATSE logo After an unprecedented strike authorization vote and establishment of a tentative strike date, IATSE and the Alliance of Motion Picture and ... Read more »

New trailer for The Batman, starring Robert Pattinson, has landed

There are billowing capes and then there’s the billowing cape in the new The Batman trailer. It’s truly a sight to behold – and it’s definitely not going to get ... Read more »

© Provided by People Ed JONES/AFP via Getty Happy birthday, Naomi Osaka! The tennis superstar shared a sweet throwback photo of herself as a baby on Saturday to celebrate her ... Read more »

© Raymond Hall/GC Images There are many things that make Selena Gomez happy. One of them is her infrequent use of social media to know what is going on in ... Read more »

IATSE and AMPTP Have Reached a Deal to Avert a Strike

© Michael Buckner for Variety Negotiators from the International Alliance of Theatrical Stage Employees have reached a deal for a new three-year contract, averting a strike that would have shut ... Read more »

Legendary ’80s pop star and former Culture Club member Boy George has accused Harry Styles of being “too scared” to play him in an upcoming biopic. The 60-year-old singer/songwriter claims ... Read more »

Metroid Dread: How to unlock all gallery and ending rewards

© Provided by GamePur Metroid Dread tells the story of Samus Aran’s adventure on Planet ZDR, but a lot happened on the alien world before she even arrived. To learn ... Read more »

© Getty Images W Series PA It has been confirmed that the top eight W Series drivers at the end of this season will qualify automatically for the 2022 campaign. ... Read more »

Travis Barker Young Thug is the musical guest on Saturday Night Live tonight, and it looks like Travis Barker will be joining him. The Blink-182 drummer posted a photo of ... Read more »

Ryan Reynolds Ryan Reynolds took to social media on Saturday to reveal he’s taking “a little sabbatical” from movie making. The actor noted in his post that he just wrapped ... Read more »

Beatles: The man, the music: Paul McCartney in five acts

In the beginning The first song Paul McCartney remembers writing was a tribute to his mother, Mary, called I Lost My Little Girl. McCartney was 14 and Mary had died ... Read more »

The Vacaville Performing Arts Theatre presents four live concert events, including three acts rescheduled from its 2019-2020 season and one new show. © Provided by The Reporter (Vacaville) In two ... Read more »

In Chansons! Van Nieuwkerk (61) talks to Rob Kemps (36) in Paris about their shared love for the French song. The first part, which consisted of four episodes, ended last ... Read more »

Wonder Woman 3 is indeed a go and will star not one but two familiar faces. In December, Warner Bros. Pictures announced that it will “fast-track development on the third ... Read more »

© Provided by People Jon Kopaloff/WireImage Angelina Jolie is excited about the release of her new book, Know Your Rights and Claim Them: A Guide for Youth. On Saturday, Jolie, ... Read more »

Strictly Come Dancing fans have reacted in fury after details leaked over who has been voted off the show before the results episode has even aired. Saturday night saw the ... Read more »

Connecting the many dots between politics, spooks, cops and criminals

Behind the posters of smiling candidates is a tangled web of politics and policing that includes some of South Africa’s most notorious criminal suspects. In the Western Cape, things are ... Read more »

© Credits: © James Marcus Haney Coldplay Wave 105 has partnered with Coldplay to broadcast extended highlights of their London O2 Shepherd’s Bush Empire concert! To celebrate the release of their ... Read more »

© Provided by Pinkvilla   Ryan Reynolds seems to be tired after filming Spirited, which is understandable. On Saturday, Oct. 16, the actor posted on Instagram about his “challenging” forthcoming ... Read more »

NHS hospitals will be given guidance on preserving single sex wards

The Flash: Batman, Multiverse Action And More From A First Teaser

© Provided by Heatworld The Flash movie is in post-production now, and while there might not be enough finished footage to put together a full trailer, that didn’t stop star ... Read more »

© Provided by Heatworld The Batman (2022) One of the bigger titles teased at last year’s FanDome event, Matt Reeves‘ The Batman was only a short way through filming. As ... Read more »

© Provided by The Independent It’s been a tumultuous week for the BBC ballroom behemoth, with not one but two withdrawals – one only temporary but the other sadly permanent. ... Read more »

© Provided by Pinkvilla   Warner Bros. has finally released a new trailer for The Batman, promising a darker Batman from Robert Pattinson, who dons the cape and cowl for ... Read more »

Vicky Kaushal has been creating a massive buzz these days owing to the release of his much-awaited film Sardar Udham. The Shoojit Sircar directorial was finally released on October 16 ... Read more »

The Battles on The Voice are officially underway, and fans of the NBC singing competition show already have a bone to pick with the coaches. It all began on Monday ... Read more »

© Provided by dw.com The attack in Kongsberg was the deadliest in Norway for a decade Norwegian police investigating Wednesday’s deadly attack in the southeastern town of Kongsberg said on ... Read more »

Trisha Yearwood on family recipes and the power of love

From council estate to the red carpet: The self-made Cardiff woman billed as one of the best presenters in the UK

Coal in the stocking: US retailers scramble ahead of festive season

The Shark Is Broken: How infamous feud between the stars of Jaws became the subject of a West End play

Minecraft's The Wild Update is coming next year

Kristen Stewart was initially reluctant to do dance scenes in Spencer

Still hungry? Now you can eat your plate!