Novak Djokovic has received more support over his controversial stance on the Covid-19 vaccine. The 34-year-old, still chasing a record 21st Grand Slam title, is set to miss the Australian Open in January after the country’s Immigration Minister, Alex Hawke, reiterated plans to only allow people into the country if they are double vaccinated.

Djokovic has long courted controversy with his views, and his behaviour, since the ATP Tour was first shutdown due to Covid-19 in March 2020.

In June that year, he hosted his ill-fated Adria Tournament, which did not enforce any rules on social distancing and involved parties at public venues. As a result a number of players, including Djokovic himself, contracted the virus and passed it on to family members.

He also participated in a Facebook live stream with other Serbian athletes, where he was adamant he wouldn’t comply with any demands to be vaccinated to return to the tour.

Although he later clarified his remarks, insisting he was not against the vaccine but did not believe it should be forced on people, he has thus far refused to disclose his vaccination status. His silence has been widely viewed as an admission that he’s so far declined his jabs.

JUST IN: Emma Raducanu to play in empty arena on Romania return after Transylvania Open decision 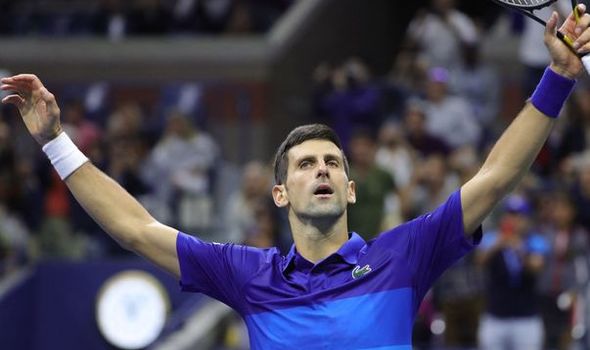 Despite coming under fire for his perceived stance, the star has been supported by Russian player Daniil Medvedev, the man who denied him a record breaking win at the US Open when he beat him in the final at Flushing Meadows.

And now Ashleigh Barty, who has withdrawn from the WTA Finals in Mexico next month to avoid compromising her own Australian Open preparation, has said the Serbian should not be criticised for keeping medical information provate.

“I didn’t feel there was a need for me to tell everyone whether I was vaccinated or not,” the women’s world no 1 told the Courier Mail.

“I have been vaccinated my whole life. I think players are entitled to – at the end of the day it’s part of your medical history. You understand people make decisions for different reasons and you have to respect that.”

The 25-year-old added: “From my point of view it’s personal to me. I had my vaccine in April. I was fit and healthy and I was doing it for the people around me to make sure we were safe.

“There is no judgement for me or necessity for me to see what others have done.”

Her comments echo the views of Medvedev, who previously agreed with Djokovic’s assertion that vaccination was a “personal matter” and didn’t have to be made public.

Ironically, the absence of Djokovic would invariably open the door for the likes of world no 2 Medvedev, whose win in New York represented a first Grand Slam title. 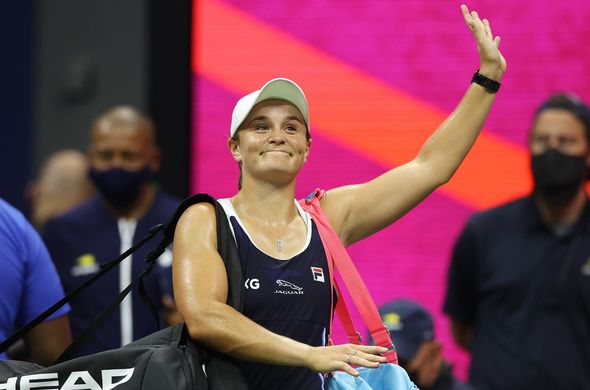 It was also the scene of his first major win in 2008, beating Frenchman Jo-Wilfried Tsonga in the final.

He’s not the only high-profile player whose participation is in doubt this time around, with world no 3 Stefano Tsipitas also previously saying he did not agree with the vaccine being mandatory for players to compete on the tour.

I'm a serial bank switcher and I've made £400 this year

Joanna Lumley told 'you are a beautiful woman for your age'

Joanna Lumley laughs at Secret Cities encounter in Rome credit:Bang Showbiz Joanna Lumley was told she was a “beautiful woman” for her “age” whilst filming her travel series 'Secret Cities' ... Read more »

Humza Yousaf: My mother asked if Cabinet promotion was due to ‘annoying Nicola'

Scotland’s Health Secretary has revealed how his mother asked him if he had “annoyed” Nicola Sturgeon when he was appointed to the job. Humza Yousaf, who took on the health ... Read more »

© PA Images Arsenal manager Mikel Arteta during their 1-0 victory over Watford 2021 Mikel Arteta is pondering the sale of record signing Nicolas Pepe, despite denying he would entertain ... Read more »

© Provided by Mid-Day Himanshi Khurana, the ex-Bigg Boss contestant, turned a year older on November 27, and the actress has shared a glimpse from her low-key celebration. The actress, ... Read more »

West Lothian crime: A car has been stolen in Linlithgow after thieves break-in to home

© West Lothian crime: A car has been stolen in Linlithgow after thieves break-in to home The theft took place on Royal Terrace between 4 pm and 5 pm on ... Read more »

Small Business Saturday is vital to entrepreneurs — especially this year. Here's how business owners can get the most out of the holiday.

© Provided by BollywoodLife.com It was back in 2018 that Director Rohit Shetty had announced Golmaal 5 with four of the regular cast members of the Golmaal franchise, including Arshad ... Read more »

© Provided by Hindustan Times Vishal Kotian has said that he was surprised to find out that Karan Kundrra is jealous of him. Vishal Kotian, who was evicted from the ... Read more »

'Salman Khan doesn't have time to get married': Aayush Sharma

© Provided by Zee News New Delhi: Salman Khan’s brother-in-law and actor Aayush Sharma has been basking high after the release of his most-anticipated film ‘Antim: The Final Truth’. While ... Read more »

© Provided by Pinkvilla Samantha has got back to her daily routine of work. Today, the actress was clicked by paparazzi after her advertisement shoot in Hyderabad. She can be ... Read more »

Dil Bekaraar Review: Disney+Hotstar's show is more than just a mix bag of love and comedy

What makes a comedy-drama series a great entertainer? Charismatic leads, a joyful story and equal parts of passion and pathos. The idea is to have a joyous experience while savouring ... Read more »

Everyone's a Grinch this Christmas

© Provided by Business Insider It’s going to be a Grinchy Christmas. Rey Del Rio/Getty Images Americans have a pessimistic view of the economy right now, and it’s making for ... Read more »

© Provided by News18 Fans are eagerly waiting for Tamil actor Ajith Kumar aka Thala Ajith’s ‘Valimai, directed by H Vinoth, to hit the silver screen on Pongal. Even as ... Read more »

Voices: Our Brexit deal is the reason Channel crossings are out of control

The festive season is fast approaching and it’s time to update our wardrobes. With Christmas parties just around the corner, many are investing in a special outfit fit for the ... Read more »

© Provided by Khaleej Times His Highness Sheikh Khalifa bin Zayed Al Nahyan, President of the UAE, has approved a wide-ranging reform of the country’s legal system, which aims to ... Read more »

Drivers are being warned to take care on the roads this evening as Storm Arwen threatens to batter parts of the country. The Met Office has issued a rare red ... Read more »

A Home Office minister has insisted that relations between France and the UK are “strong” despite Boris Johnson and President Emmanuel Macron clashing over how to deal with migrants crossing ... Read more »

Gun violence erupted at retail outlets crowded with post-Thanksgiving holiday shoppers in North Carolina and Washington state on Friday, sending bystanders at both locations scurrying for cover and injuring a ... Read more »

Voices: Tony Blair can't resist being confrontational – Keir Starmer will be furious over his wokeism comments

Tony Blair, trying to be helpful (ASSOCIATED PRESS) Even his enemies concede Tony Blair knows how to do two things. One is to win elections; the other is to generate ... Read more »

OPINION - The only way to stem the tragic tide... co-operation and not confrontation

As you read this more Iraqis, Syrians, Eritreans, Afghans, Sudanese and Somalians will be climbing into dinghies criminally ill-equipped to cross the Channel, hoping the wake of a passing ship ... Read more »

Arsenal goalkeeper Aaron Ramsdale says he is relishing facing Cristiano Ronaldo for the first time in his career, and has urged the Manchester United star to find his best form ... Read more »

© Provided by Daily Mail MailOnline logo Chloe Ferry has admitted she’s ‘devastated’ after her garden furniture was knocked over and ‘smashed’ by Storm Arwen on Friday night. The Geordie ... Read more »

© east2west news The frigate Admiral Gorshkov Russia has produced a deadly “unstoppable” 6,670mph Zircon hypersonic missile amid acute tensions with the West. The weapon is being rushed into manufacture ... Read more »

© Miguel Candela / Anadolu Agency / Getty The Pillar of Shame statue at the University of Hong Kong. Under the relentless crush of Beijing, the courtrooms of Hong Kong ... Read more »

© Provided by cbc.ca Canadian comedian John Wing appears in a file photo. John Wing is best known for his career in comedy, which stretches back decades, but he’s also a poet ... Read more »

At least two people are reported to have died as Britain was battered by severe weather with winds reaching speeds of over 90 mph (144 km/h) in some areas. © ... Read more »

'People think there is just glamour in our lives, but we also have to sweat it out'

Inzamam Comes Up With Insane Conspiracy Involving Kohli, Shastri & It's Next Level Bakch*di

Online retail sales over Thanksgiving came in at a disappointing $5.1 billion. Product shortages and limited discounting may have dampened excitement.

Restaurant design trends to watch in 2022

At least 2 people dead during first winter storm in UK

Cricket-New Zealand 296 all out in first test against India

Guadeloupe: France 'ready to discuss' autonomy for the island