NordLayer (the service formerly known as NordVPN Teams) is a capable VPN-based network access security solution for all levels of business, from startups with small teams to big corporations with multiple networks to protect.

At its simplest, you could use NordLayer as a team-oriented business VPN manager. Instead of leaving remote workers to control their own VPN setups, you can manage them all from a web dashboard, adding new users in a click or two. They get an email, download a VPN app (Windows, Mac, Android, iOS and Linux) from the link, install it and they’re ready to go.

That immediately gets you access to NordLayer’s top-quality VPN, with 30+ global locations, strong AES-256 encryption, a kill switch, built-in malware-blocking, and an auto-connect option to ensure your internet connection is always protected. Every team member can install the app on up to six of their own devices, allowing them to access the service from anywhere.

VPN login is via username and password by default, but NordLayer also supports Single Sign-On (SSO) via Google, OneLogin, Azure and Okta. Support for two-factor authentication (via SMS and codes sent via email) adds an extra layer of security.

Billing is centralized, conveniently. No matter how many users you have, you’ll only get one invoice. Licenses are transferrable, too, so if one employee leaves, you can switch the license to someone else in seconds. 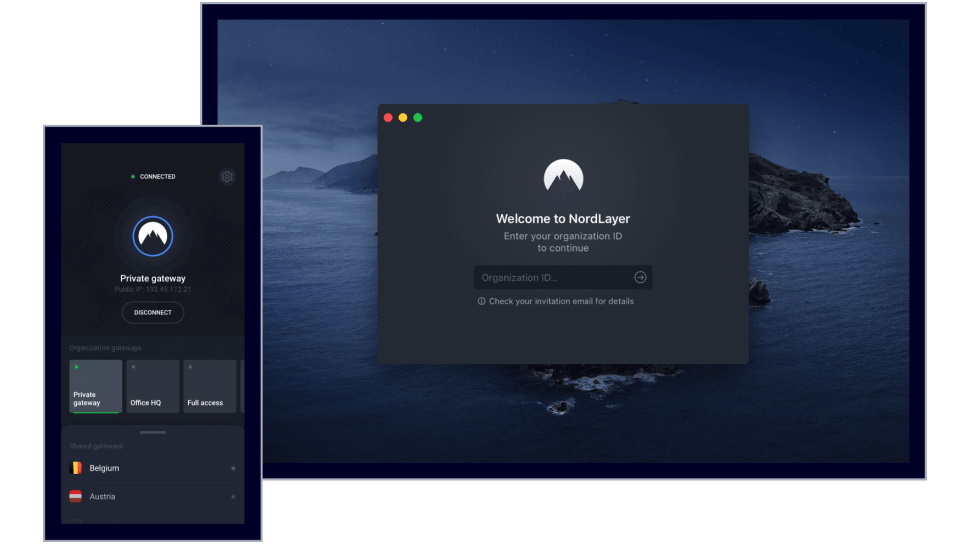 Enterprise users can secure their network access via a number of powerful Zero Trust and SASE-friendly features.

The ability to deploy dedicated servers enables creating your own private gateway, for instance. Organize your users into teams mirroring your own company structure (sales, marketing, engineering, whatever you need), and you can restrict each team to its own gateway, ensuring they can only access their own systems. Private gateways with dedicated IPs enables IP allow-listing, too, for even stronger access control.

Smart Remote Access allows all devices connected to the service, whether they’re remote workers or on an internal LAN, to communicate securely. This has all kinds of potential applications, from simple file sharing to controlling a device via RDP (Remote Desktop Protocol) or accessing a full server. NordLayer’s web console told us we could ‘try Smart Remote Access free for a limited time’, giving us a risk-free way to see how the service worked for us.

NordLayer’s pricing is simple, straightforward, and a refreshing alternative to the complexities we often see with other network security providers.

There are only two plans. NordLayer Basic includes the full VPN, 24/7 live support, the central dashboard and management tools, two-factor authentication and SSO. It’s priced at $9 per user billed monthly, or an equivalent $7 if you pay for a year up-front. (Unlike some of the competition, there’s no minimum user count – you can start with just one.)

NordLayer Advanced gets you priority support and dedicated account management. Biometrics support adds another layer of access control, and the ability to buy dedicated servers (for $40-$50 a month) provides dedicated IPs, IP allow-listing, site-to-site features, Smart Remote Access and more. It’s priced at $11 per user billed monthly, or $9 on the annual plan.

There are no hidden rules or charges to make life complicated. No tiers where prices change if you have more than x users, no long term contracts a year. Just start with one user, add as many as you need, and the price you’ll see is the price you’ll pay. Simple.

For comparison, Perimeter 81 has more features, but it’s a little more expensive (from $8 per user per month), and requires a minimum five users.

Windscribe’s ScribeForce is essentially just offering a business-oriented front end to its regular service – centralized billing, team management and shared IPs – but that’s hugely useful all on its own, and it’s priced from a tiny $3 per user.

It looks to us like NordLayer has a reasonable mid-range price, then, but it’s worth checking out the competition, track down a service with the best feature set for you. 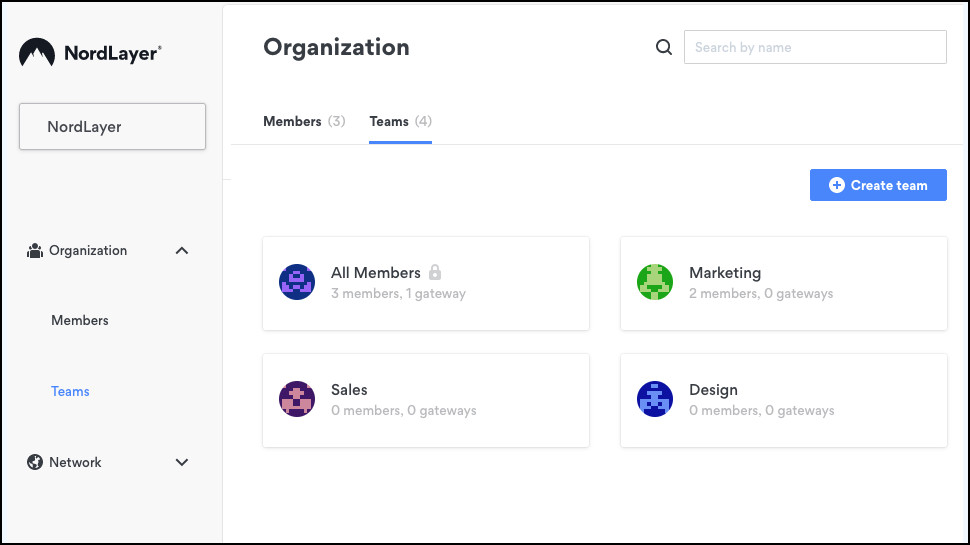 NordLayer Teams is really all about its web dashboard, where you add users, manage your network, and monitor exactly what’s going on.

Sending invitations to employees can be as simple as pasting their email addresses into a text box and clicking a button.

Users can be assigned to Teams, maybe representing departments within your company, although you can structure these however you like.

If you have the Advanced plan, you can use your Teams as a permissions system, creating custom gateways, assigning dedicated servers and deciding which teams can access what.

NordLayer Basic users can’t do as much, and their Teams are little more than a handy way to group users and make it easier to find them, and remove their access later if necessary.

There’s central management of settings, though it’s limited to a handful options: login method (email and password, Google, Azure, Okta or OneLogin), and enforcement of two-factor-authentication, biometric logins, automatic updates and NordLayer’s ThreatBlock, its built-in malware-blocking system (this looks like NordVPN’s CyberSec underneath). 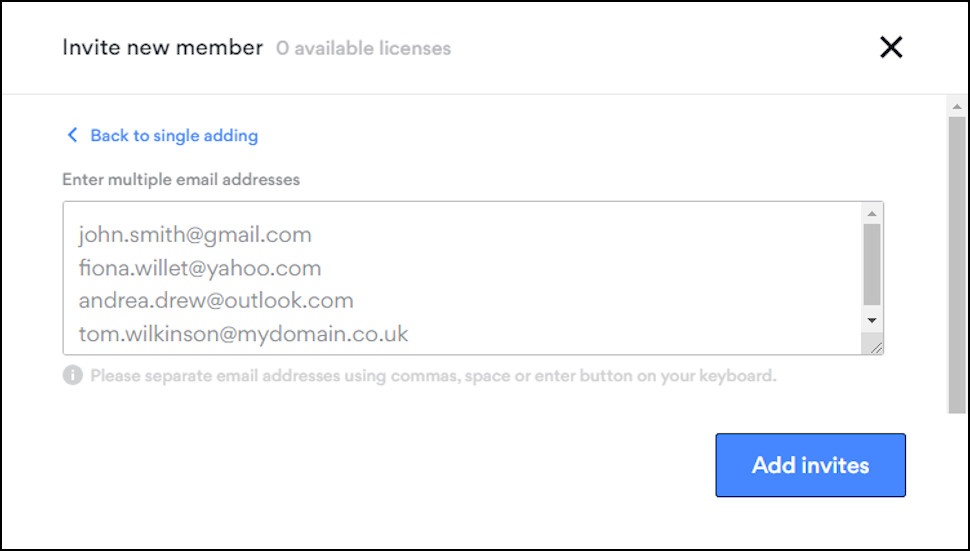 NordLayer makes it easy to add new users and organize them into teams (Image credit: NordLayer)

User monitoring is even more limited, allowing to see only a team member’s last login time and device name.

This doesn’t begin to match the control offered by some of the competition. Perimeter 81’s comprehensive Policies system enables controlling access to your system by user, user group, IP, location, date, time, browser, operating system and more. You can enforce all your preferred VPN settings on every device, for example enabling the kill switch and not allowing inexperienced users to turn it off. And detailed user logging allows you to track exactly how and when everyone is using the service.

There’s a price to pay for all that functionality, though: Perimeter 81 can sometimes be a complicated nightmare to set up and manage. If you don’t need that level of control, you’ll appreciate NordLayer’s ease of use, and how you really can set up the entire system in minutes.

Although NordLayer is based on the same technology as NordVPN, it has its own apps. These are simpler, just focused on the basics, minimizing the need for training or support. Although power users might miss NordVPN’s configurability, removing the high-end features also reduces the chance that a team member can compromise their security (using Split Tunneling to route browser traffic outside of the VPN, for instance).

The Windows app, for example, is just a sidebar with a list of countries (or whatever custom gateways you set up), along with Settings and Quit App buttons. It couldn’t be much easier to use. Left-click a country, you’re connected immediately; click another country to switch your location, or click the same country a second time to disconnect.

Sensibly chosen settings see the app launched when Windows starts, and the kill switch turned on by default. You can also set up the app to automatically connect whenever it launches, or when you access untrusted wifi networks, or any other networks you specify.

The only other low-level tweak on offer is a choice of VPN protocol: IKEv2, OpenVPN UDP or TCP. Unfortunately, Nord Security’s own WireGuard-based NordLynx isn’t yet supported, so speeds won’t match NordVPN, although the website says this is coming soon.

VPN features can sometimes vary across platforms, but not here. We checked the Mac, Android and iOS apps and found the same focus on simplicity above all else. 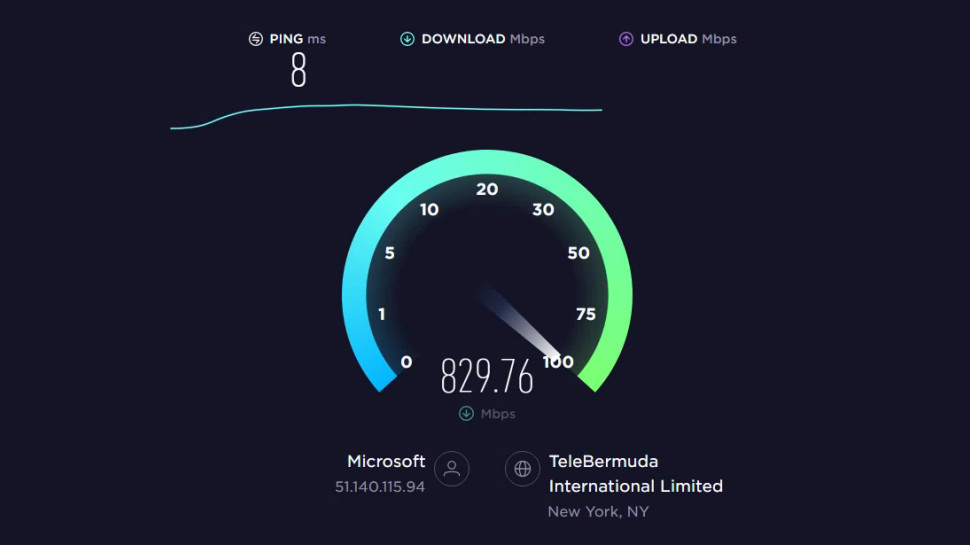 Results were reasonable at 200-300Mbps, enough for most tasks. But if you’re looking for more, don’t give up on NordLayer just yet. The service is in the process of adding support for its WireGuard-based NordLynx protocol, and our regular NordVPN tests found it delivered speeds of up to 880Mbps.

Unblocking streaming services isn’t a NordLayer priority, but we checked the service anyway, and found it performed well. As with many VPNs, these days, Netflix coverage is patchy (works in some countries, not in others), but it unblocked everything else we tried, and outperforms many competitors.

App security is vital, so we spent time stress-testing NordVPN’s Windows kill switch, But, we’re happy to say that we failed. There could be some occasional confusion, as the app doesn’t alert users if the connection drops, or warn them that it’s reconnecting, and all users might notice is their internet access had disappeared. But that had no real-world impact on our privacy, as the kill switch blocked our internet access whenever the VPN dropped, and we were never left unprotected. 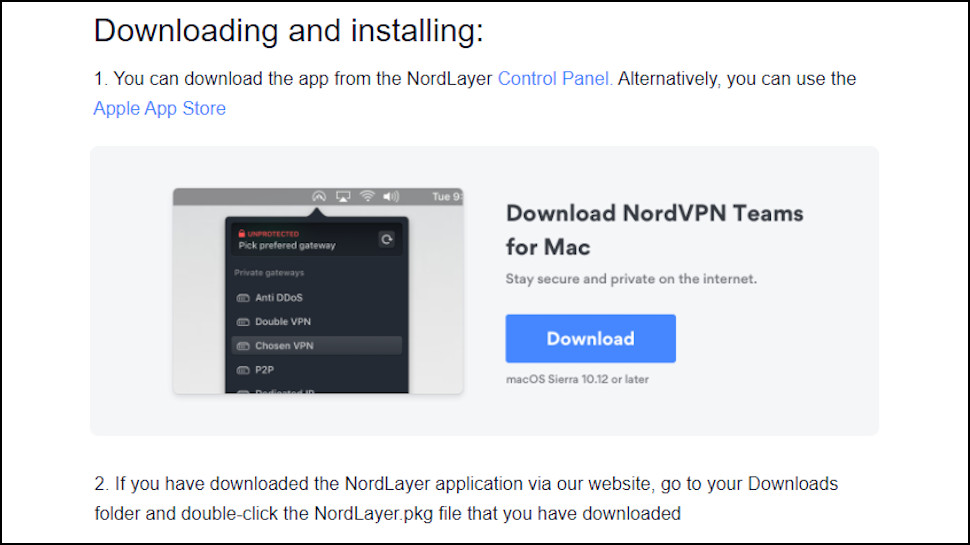 The support site covers the very basics, but little else (Image credit: NordLayer)

If you have any problems with the service, NordLayer support is on hand to help.

This starts with a web knowledgebase. It’s surprisingly basic, not a patch on NordVPN, but just about covers the core setup and troubleshooting issues: installation on various platforms, simple explanations of a handful of settings, and how to increase VPN speed, improve reliability and address a handful of other common issues.

Fortunately, NordLayer’s support team is never far away. Tapping a Help icon in the app opens a page where you can ask a question, describe a problem or generally explain your issue. You can also send an email, and live chat is available on the website.

When we took the ticket route, an initial response arrived within 15 minutes, and follow-up replies were faster still. That’s a great performance, and a sign that even if your employees do run into some major service issues, they’ll quickly be able to get help to resolve them.

NordLayer is an easy-to-use service, with simple but well-engineered quality apps, which makes it easy to secure employee access to your networks and the internet. It doesn’t offer the power, control or monitoring features of the top competition, though, so test the service carefully before you sign up the entire company.