In just 12 days time, No Time To Die will finally hit UK cinemas following almost two years of release date delays. Daniel Craig‘s fifth and final James Bond movie was shot way back in 2019, long before the pandemic, and now his farewell from his last day on set has been shared. Having shot his final scene as 007 after over a decade in the role, a tearful Craig gave a few touching words.

Craig was fittingly wearing his trademark Bond dinner jacket after filming Cuba scenes in No Time To Die.

Holding back tears, the now 53-year-old said: “And a lot of people have worked on five pictures with me and I know there’s a lot of things said about what I think about these films or all of those whatever.

“But I’ve loved every single second of these movies, and especially this one.

“Because I’ve got up every morning and I’ve had the chance to work with you guys. And that has been one of the greatest honours of my life, so…” 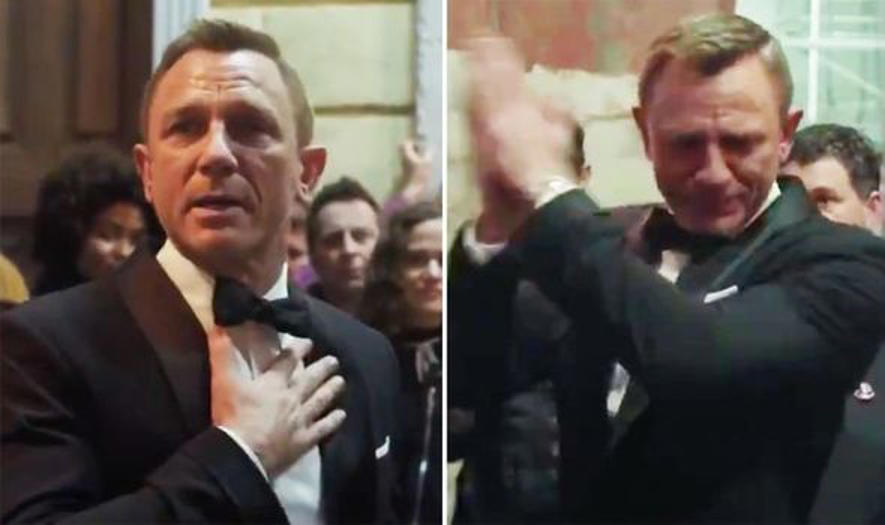 This moment also features in Being James Bond: The Daniel Craig Story, a free documentary about the actor’s time as 007 available on Apple TV until October 7.

During the special, the star admitted he almost didn’t return to make No Time To Die.

He said: “I don’t want to go on about how hard Spectre was, but it was tough and I needed a break. I needed to kind of switch off, to getaway.

“And I genuinely felt psychologically at the end of that film, ‘Maybe I’m just too old.'” 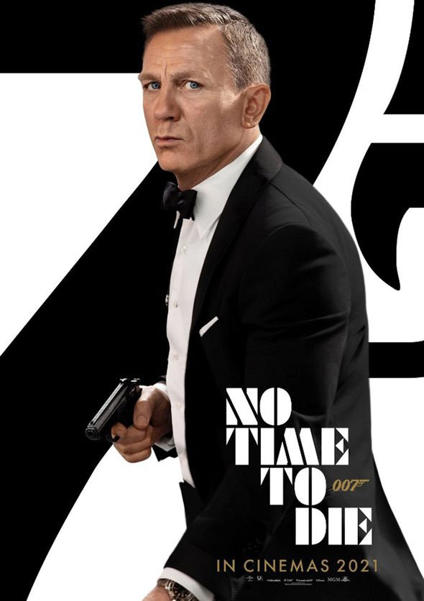 © UP no time to die poster 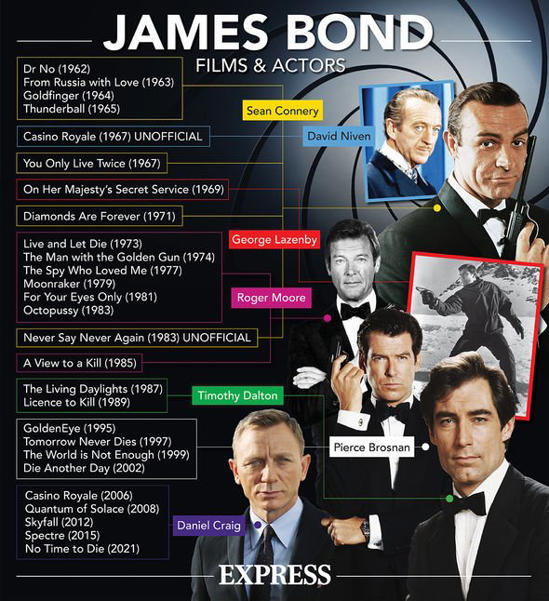 Craig continued: “And the problem is, the way we started these films…was throwing myself at it like a bull in a china shop.

“So to sort of not do that seemed to me to be, ‘What’s the point?’ It just felt completely wrong. I mean genuinely I convinced myself, ‘That was it.'”

But then, just a few years later the 53-year-old agreed to return as 007 for what became No Time To Die, admitting that producer Barbara Broccoli “drives a hard bargain”.

Craig added: “So I don’t think I was ever going to get away with leaving after Spectre.”

No Time To Die is the longest James Bond move to date at 2 hours and 43 minutes.

The new movie will finish the five-film story arc that began in 2006’s Casino Royale, so fans better get started on their rewatch.

No Time To Die hits UK cinemas on September 30 and US movie theatres on October 8.

RAWR Awards is all set for Another Bigger, Broader Scope of Awards this 2021

BTS Permission To Dance On Stage Teaser: The Bangtan Boys showcase their iconic discography in a minute – watch video

Bel Canto Chorus stops by Arts Avenue to talk about their concert on Sunday, Oct. 16. © Provided by WISN Milwaukee Music Director Richard Hynson and the chorus will be ... Read more »

Devious scammers are using a cunning new trick to scam people via text messages. People have been receiving text messages stating they have a new voice message with a suspicious-looking ... Read more »

© Provided by Pinkvilla Many South films are being remade in Bollywood. From Nani’s 2019 Telugu sports-drama Jersey being remade in Hindi with Shahid Kapoor, to the Ajay Devgn starrer ... Read more »

Ranveer Singh-Deepika Padukone to embrace PARENTHOOD? The Cirkus actor spills the beans on the baby's name and more

© Provided by BollywoodLife.com Ranveer Singh has opened up on having a baby with Deepika Padukone. In a new promo of The Big Picture, Ranveer Singh is seen talking about ... Read more »

Queen Margrethe of Denmark to celebrate Golden Jubilee in January

Queen Elizabeth isn’t the only royal celebrating a momentous milestone in 2022. Queen Margrethe of Denmark will also commemorate a significant jubilee, marking her 50-year reign early in the new ... Read more »

As part As part of National Album Day, BBC Radio 2 calculated the best-selling LPs released by female artists. Adele took the first and fifth slots, with 21 and 25 respectively. Amy Winehouse, Madonna and Shania Twain made up the rest of the top five. Read more »

© Courtesy of MIA Before Netflix had grown into a world-conquering streaming giant, “Billie Eilish: The World’s a Little Blurry” director R.J. Cutler would routinely bump into the company’s co-CEO ... Read more »

Ahead of Ranveer Singh's The Big Picture launch, Deepika Padukone roots for the show in a quirky way

Ranveer Singh, who has been ruling the big screen with his impeccable acting skills, is making the headlines as he is set to make his small screen debut today. The ... Read more »

© Provided by Pinkvilla Looks like trouble and Raj Kundra continue to walk hand in hand and his woes don’t seem to end anytime soon. After getting bail in September, ... Read more »

Adipurush: Kriti Sanon wraps the shooting of Prabhas starrer; says, 'My heart sinks as I let go of this super special character'

© Provided by MensXP There are only a handful of things in life that have the power of making us both drool over and cry about something at the same ... Read more »

'Oor Kuruvi', Actor Kabin Raj's Next, to be Produced by Vignesh, Nayanthara

© Provided by News18 Tamil actor Kavin Raj’s next will be a comedy-drama titled, “Oor Kuruvi”, produced by Nayanthara and Vignesh Shivan. Arun, one of the associates of Vignesh who ... Read more »

“I’ve waited so long to be freed, but now that it’s here I’m afraid to do anything. Because I’m afraid of making a mistake,” the singer said. Last month, the ... Read more »

Dolly Parton is known as the “fairy godmother” to her goddaughter Miley Cyrus. As well as this, she has spoken out about having nieces and nephews running around her a ... Read more »

© Bang Showbiz Charlie and Daisey May Cooper Daisy May Cooper never sees her brother and ‘This Country’ co-star Charlie Cooper. The pair co-created, co-wrote, and starred as Kerry and ... Read more »

When I connected with plumbing contractor Nicky Rich on Thursday, he was on the roof of a 20-story high-rise under construction by Balboa Park. In less than a month, however, ... Read more »

© Josie Mackay and her son Leo. Josie Mackay, 30, was left with severe bruising and whiplash after the robbery near Dalkeith, as well as a broken thumb. After being ... Read more »

Remo D'Souza's ready to get back to direction after health crisis

© Provided by Hindustan Times Remo D’Souza reveals that he was ‘slightly disappointed’ with the response Race 3 received On December 11, 2020, Remo D’Souza suffered a heart attack and ... Read more »

Pooja Hegde is known for her minimalistic and comfy style statement. She can make even a casual outfit look stylish in the best possible way. The actress was spotted today ... Read more »

Freddie Mercury openly considered himself ‘married’ to his ex-girlfriend and closest confidante Mary Austin. Their relationship was so powerful, Freddie even left most of his wealth to her, as long ... Read more »

The Naples Concert Band decided to pull out the stops and commission a musical work for its 50th anniversary concert later this season. But this is a band that knows how ... Read more »

Ant & Dec excited at this year's I'm A Celebrity line-up

© Provided by Daily Mail MailOnline logo Ant McPartlin and Declan Donnelly couldn’t contain their excitement as they were given a sneak peek of I’m A Celebrity campmates for this year’s series on ... Read more »

Hollywood's obsession with Princess Diana will never end. But it's getting ridiculous.

Two weeks after watching “Diana: The Musical,” I’m still convinced that it must be one of those fake “30 Rock” movies starring Jenna Maroney. If you haven’t yet seen the ... Read more »

What to Watch Saturday: A Heather Locklear Lifetime movie, true crime on 48 HOURS

How to easily transform your rental space on a budget, according to a TikToker who has gone viral for her interior-design hacks

© Provided by INSIDER Insider spoke to a TikToker who is sharing her rental-friendly decor hacks. Stefanie Bloom People often avoid decorating rental homes out of fear of losing their ... Read more »

© Provided by The Indian Express Congress MP Shashi Tharoor’s pictures with small children taken on the occasion of ‘Vidyarambham’, held on Vijay Dashami, have created a buzz online. In ... Read more »

Boy Abunda insists that he remains a Kapamilya!

Madhurima Tuli opens up on her ‘ugly' past with Vishal Aditya Singh; says, 'I wonder why are women suppressed and men uplifted'

Spy: Fashion Week – the shows will go on

Spy: Meet the Bake Off builder battling bro culture one cake at a time

Why did Adele divorce from ex-husband Simon Konecki? What singer has said as new song ‘Easy On Me' released

'Halloween Kills' star spills on being murdered by Michael Myers: 'It was really beautiful'