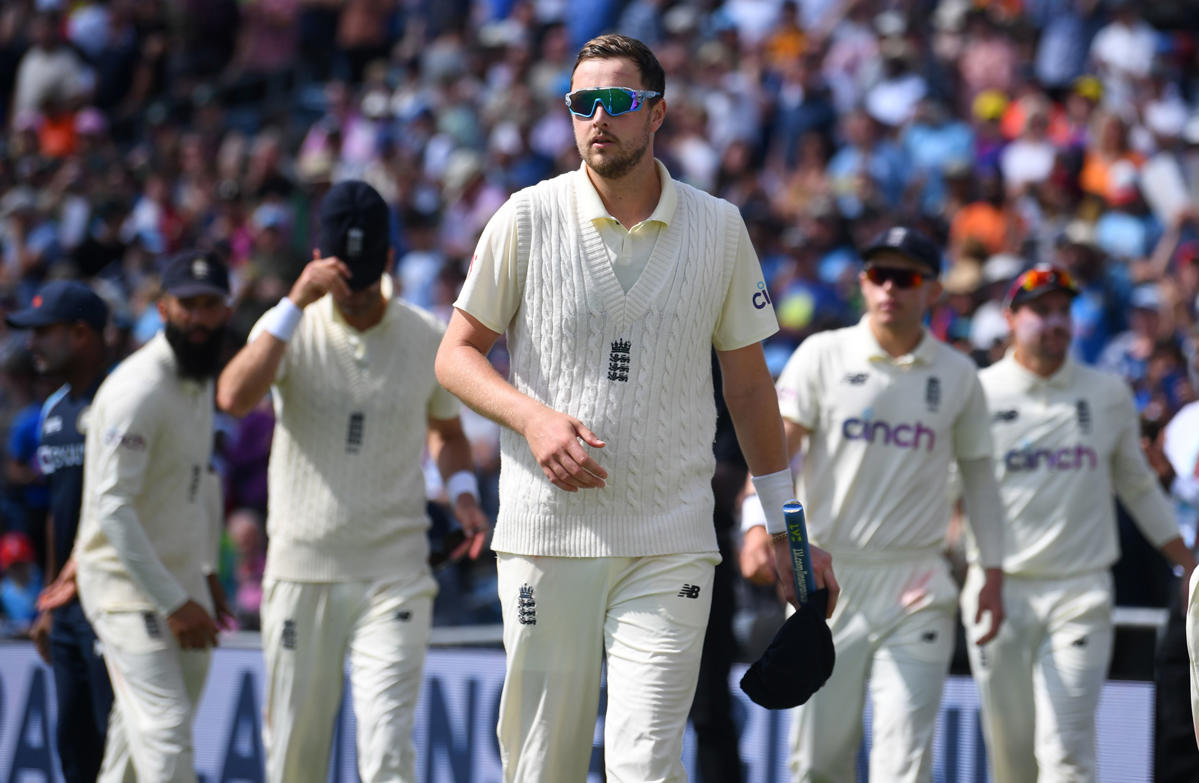 British cricketers travelling to Australia for this summer’s Ashes series will not get any “special deals” allowing their partners or families to accompany them, Prime Minister Scott Morrison has declared.

While England’s cricket team can enter Australia under a special exemption, at this stage, their partners or families are not allowed to join them.

Several players said they would boycott the Test if their loved ones could not travel, and former England Test cricket captain Michael Vaughan said the packed cricket schedule meant multiple English players were facing the prospect of being isolated for several months unless exemptions are granted.

At a dinner in Washington this week, UK Prime Minister Boris Johnson reportedly warned Mr Morrison the whole tour could collapse if the existing rules were not relaxed.

Under Australia’s national plan out of the pandemic, international borders will open to vaccinated people once 80 per cent of Australians over 16 are double-dosed.

Speaking to reporters in Washington, Mr Morrison said no additional exemptions had been granted.

“I would love to see the Ashes go ahead, as I shared with Boris last night,” he told reporters in Washington.

“But there’s no special deals there, because what we’re looking to have is vaccinated people being able to travel.

“I don’t see a great deal of difference in skilled workers or students who will be able to come to Australia when you reach those vaccination rates.

The English team is due to arrive in Australia in November, ahead of the first Test in Brisbane in December.

But some cricketers with young children, like Ben Stokes or Jos Buttler, are likely to first play in the T20 World Cup in the United Arab Emirates before flying directly to Australia, which means they could spend months without seeing anyone but their teammates.

Cricket Australia is in talks with the state and federal governments about quarantine arrangements for the players.

It managed to secure exemptions last summer for the families of Indian players, and a spokesman said they were “supremely confident that the full contingent will come and will play the full five Tests”.

The situation is politically challenging for Mr Morrison, as many Australian citizens remain stranded overseas as a result of closed borders and limited quarantine capacity.

Granting travel exemptions for the families of famous foreign cricketers would likely lead to criticism, given some Australians have not seen their loved ones since the pandemic began.

As Australia’s vaccine rollout begins to speed up, Mr Morrison said the nation was moving closer towards opening borders.

“This week we will hit three-quarters of Australians aged over 16 first dose, and we will hit one in two having received their second dose. And those vaccination numbers will continue to rise,” he said.

“And as they rise, the opportunities to get back to life as normal as it can be living with the virus, will just be coming closer each and every day.”

Meet Sage, princess of the jungle

© Provided by The Indian Express In his first visit to the Ram temple since its construction began last August, RSS chief Mohan Bhagwat on Thursday visited the site and ... Read more »

© Provided by The Financial Express It further said on a q-o-q basis, sales have increased by 42% and PBT by 88%, signalling a recovery in business performance. CG Power ... Read more »

© Marko Geber/Getty Images How to download files from Google Docs for offline use or sharing You can download a Google Docs file on your computer by opening the document ... Read more »

The debut of Ohio’s new number plates have failed to take off – owing to a mistake in the picture of the Wright Brothers’ historic first plane. © Jessie Balmert ... Read more »

© Provided by Dot Esports The viewer pass and team stickers for the PGL Stockholm Major are now available to purchase in the CS:GO game client, signaling the imminent start ... Read more »

Nearly one-third of refugees and asylum seekers detained by the government at Melbourne’s Park hotel have tested positive for Covid-19, amid claims in court an ambulance was turned away from ... Read more »

© Provided by Daily Mail MailOnline logo They are gearing up to move to Sydney with their three children, Mia, 15, Cruz, 12, and Ava, 10. And removalists arrived at Bec and ... Read more »

Disgruntled Nebraska grain elevator worker kills one after being fired

© Provided by Daily Mail MailOnline logo A worker at a grain elevator in Nebraska has opened fire on his colleagues hours after being fired, killing one and injuring two ... Read more »

Apple wants you to think of its new M1 Max MacBook Pro as a beast of a machine — it actually calls it a “beast” in the ad — but ... Read more »

The Centers for Disease Control and Prevention on Thursday officially endorsed booster shots for both the Moderna and Johnson & Johnson Covid-19 vaccines, days after the Food and Drug Administration ... Read more »

Do not fear reading “Dune.” Fear is the mind-killer. Frank Herbert’s “Dune” has a reputation, even among serious readers, for being dense and difficult to follow. The 1965 science-fiction classic, ... Read more »

© Provided by BGR MacBook Pro Price Are you looking for the fastest and most responsive experience possible on a laptop computer? You don’t need to spend a small fortune ... Read more »

Mumbai: Investors in cigarette-to-hotel conglomerate ITC might have to endure a phase of renewed uncertainty as worries about higher taxes on tobacco could put a lid on gains. The government’s ... Read more »

Maharashtra, UP report most additions of new investors

Mumbai: New investors are queuing up to put money into equities in the wake of the strong bull run in the past 18 months. Stock exchanges have witnessed more than ... Read more »

Awareness campaign urging older people to have their Covid booster

© Provided by Daily Mail MailOnline logo Ministers will launch a multi-million-pound advertising campaign today urging older people to have their Covid booster and flu jabs. The new adverts will be ... Read more »

All Darkrai weaknesses and best Pokémon counters in Pokémon Go

Darkrai is returning to five-star raids in Pokémon Go for the Halloween Mischief event, specifically the second part. You can find it in five-star raids from October 22 to 31. ... Read more »

Fortnite’s collaboration with pop star Ariana Grande continues with yet another outfit inspired by her being added to the game today. © Provided by Dot Esports Available in the Fortnite ... Read more »

© Red Table Talk: The Estefans/Facebook Becky G and Anitta are opening up about empowering women and living their truths. The best-selling songstresses recently sat down for a candid conversation about ... Read more »

Jumia Is Learning Its Lessons One Market at a Time

© Provided by Free Malaysia Today The study into the proposed KL-Johor HSR project has been completed. (Bernama pic) PETALING JAYA: A transport expert has warned of huge losses in ... Read more »

VICTORIA — British Columbia residents will need to carry two proof of COVID-19 vaccination cards, one to attend non-essential activities and another for travel within Canada and internationally.  © Provided ... Read more »

The ACT has recorded 13 new cases of COVID-19, as the capital’s retail stores reopened to customers for the first time in more than two months. © Mick Tsikas/AAP PHOTOS ... Read more »

The new deputy leader of the NSW Liberals, Stuart Ayres, has been questioned by the state’s corruption watchdog about his support for a controversial $5.5 million grant to a regional ... Read more »

China may be moving toward easy monetary policy, but it will have to tread delicately

When your kid gets COVID at school: Katy Gallagher on being prepared

Myonghi Kang: The artist who spent three decades on a single painting