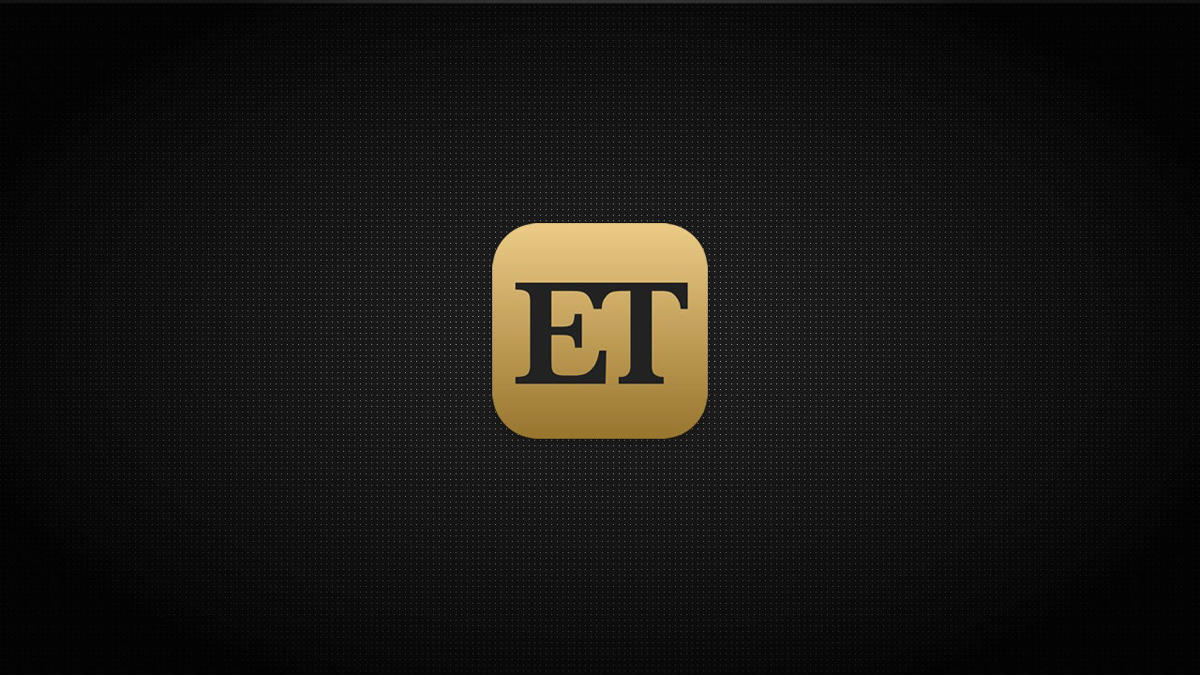 “I’ve been in this industry for 14 years now and along the way there were so many investors and people who were like, ‘Hey, I want to do something together?’ And I don’t trust people. I was too afraid. The cosmetics industry is scary,” Nikkie confessed about the idea of launching a brand. “There’s lots of intimidating people and I was like, ‘I’m not ready for that. I don’t think I can put myself out there like that.’ But then three years ago, I met my manager Wes [van Os], who’s now my business partner as well, and he was like, ‘Let’s set up some goals for the future.'”

Among the goals were creating a brand and attending the Met Gala — more on that later. When creating Nimya, Nikkie said Wes asked her to focus on products that she was missing in her routine.

“‘What can we improve on, maybe? And then let’s see where that goes,'” she recalled him telling her. “And then out of nowhere, we now have four products that are just so amazing and we built a brand around it.”

The products include a face cream, setting spray, cooling eye stick and serum. Most of all, Nikkie wants people to know that these products were all created by her.

“Created by me, curated by me, and funded by me. So what you’re getting is truly the best I could do, and I hope people feel that and fall in love with the products just as much as I have,” she expressed. “I think the most revolutionary one might be our Brr Brr Cooling Eye Stick because it de-puffs and it just gets your eye area in that zone. It moisturizes, and I feel like every time I wake up, I’m like, ‘Where is it?'”

Nikkie’s done tutorials with Kim Kardashian, Selena Gomez and even Mama Monster herself, Lady Gaga. Her most recent tutorial was with the “Hot Girl Summer” rapper and was inspired by her energy and spirit.

“Megan is one fierce queen and she radiates confidence. Sometimes I can get in my head and after filming with her, I asked her, ‘What do you do when you feel down? Or do you ever feel down?'” she recalled. “She’s like, ‘No.’ I’m like, ‘What do you see when you look in the mirror?’ She goes, ‘I see a bad b*tch.'”

“That’s the energy we need. That’s the energy we’ve been waiting for,” Nikkie added. “And something she said was, ‘I never let people see when I’m bothered or anything.’ She’s like, ‘Always serve your A-game and then let other people handle it when it needs to be handled.’ And I really like that. From now on, I was like, ‘Yeah, let me be on my A-game. Let other people deal with the sh*t.'”

As for checking goals off her list, Nikkie made her Met Gala dream come true after being invited by YouTube and Derek Blasberg. The makeup artist spoke about her gorgeous look and the powerful message behind it.

The Edwin Oudshoorn Couture design and floral crown was an homage to transgender activist and icon Marsha P. Johnson. “Who fought so hard for our community and really put trans lives on the agenda,” Nikkie stated.

“Together with Sylvia [Rivera], they really paved the way. What’s hard is that Marsha couldn’t even go to certain gay bars. She got banned from them because she was fighting for our rights so much,” she explained. “And I was like, ‘If there’s one thing I can do for my community and get someone’s name on everyone’s lips, it’s got to be Marsha.’ So I wore her quote. She was called Marsha, Pay It No Mind, Johnson. So I wore her quote and she was known for flowers, so I thought that was a beautiful reference. And it was my way of paying respect to such an icon. I just hope she’s proud.”

Nikkie is in a great space personally and professionally. She thanked her fiancé for supporting her and called him her “backbone.” When she had doubts about launching her brand and posting her coming out video, she said he was the one telling her “you are doing the right thing.”

“He has been such a gift and I just wish everyone could have their own Dylan one day because he is a gift,” she expressed, before touching on where their wedding plans stand. The two got engaged in 2019, and amid the pandemic have been forced to postpone their special day twice.

“Honestly, right now we’re like, ‘You know what? We’ll see. We’ll see,’ because every time we make plans, the world goes to sh*t again and we’re like, ‘We can’t do it now,'” she shared. “So now we’re just going to wait and see until the world heals and then we start planning.”

With the time passing, she admitted that her idea of her dream wedding has changed. “Yeah, because we’ve changed locations three times now,” she said with a laugh. “I’m like, ‘No, this is a cute place.’ And then we’re six months further like, ‘No, that’s not cute anymore. Let’s do this.’ So in a way it’s good. I get to work on my body a bit more for the dress. So that’s good, too.”

As for who will be by her side on her special day, “Just the people that I love.”

Nimya by NikkieTutorials is now available online. See more of ET’s exclusive interview with Nikkie in the video above.

NikkieTutorials Talks Growing Up Transgender in First Interview Since Coming Out

This video is unavailable because we were unable to load a message from our sponsors.

If you are using ad-blocking software, please disable it and reload the page.

Russia broke its daily COVID-19 infections and death record on Friday, reaching another grim milestone as the country continues to struggle getting the virus under control. © Getty Images Russia ... Read more »

India seizes $2.7bn of heroin from Afghanistan at port

© Provided by The Guardian Photograph: Ghulamullah Habibi/EPA Nearly three tonnes of heroin with a street value of $2.7bn (£2bn) from Afghanistan have been seized from a western Indian port ... Read more »

WASHINGTON (AP) — The Biden administration, in its final pitch to block Texas’ ban on most abortions, is warning the Supreme Court that none of its decisions would be safe ... Read more »

© James Manning Walkers taking part in the Grenadier Walk of Oman during a break at Horse Guards Parade, Whitehall, central London (PA) The Duke of Sussex made a surprise ... Read more »

The renter eviction ban is over: Here's what to do if you're facing eviction

During the COVID-19 pandemic, millions of Americans have faced financial hardship and housing insecurity. In an effort to keep people in their homes during the health crisis, the federal government ... Read more »

I’m A Celebrity… Get Me Out Of Here is finally set to make a return, and ITV has promised that this season will be “more gruelling than ever”. In the ... Read more »

Elon Musk is the world’s richest person—and his wealth appears even more astronomical when compared to other celebrity billionaires. © Peter Parks/AFP via Getty Images Billionaire entrepreneur and founder of ... Read more »

Restaurants prep for long-term labor crunch by turning to robots to man the fryer, shuttle food to tables

Restaurants and ghost kitchen companies are testing out different robotic and automated technology solutions to speed up service and solve for ongoing labor challenges. Companies like Miso Robotics and Richtech ... Read more »

How it feels to go into space: ‘More beautiful and dazzling and frightening than I ever imagined'

It was a balmy morning in the west Texas desert when Chris Boshuizen stepped into Jeff Bezos’ Blue Origin rocket capsule for a journey most of us will never experience. ... Read more »

The first time Thomas A. Saenz saw a fight about Texas redistricting up close and in person, it was 2003. He’d been out of law school a little over a ... Read more »

Elon Musk’s SpaceX completed two test firings of the engines on its Starship 20 prototype on Thursday. In a series of tweets, Musk explained that SpaceX continues to work on ... Read more »

A Kaiser Family Foundation poll earlier this year found that nearly half of Americans report that the pandemic is harming their mental health. Companies are offering employees a plethora of ... Read more »

A Refreshed WeWork Goes Public, Finishing Up On Its First Day

© kate_sept2004 / Getty Images Business people in the office. Following its IPO fiasco of 2019 and a series of scandals, WeWork began trading on the New York Stock Exchange ... Read more »

The Director of 'Dune' is Subtweeting Marvel (Again)

If you haven’t heard, slapping a scene at the end of the Dune movie—one that teases the next adventure—is all the rage amongst the kids nowadays. (Also, adults.) Most recently: ... Read more »

Dinosaur fossil from a supposed huge carnivore belongs to something else

© Provided by dw.com The US government wants to respond more efficiently to climate-related crises, such as devastating wildfires in California US President Joe Biden’s administration sounded the alarm about ... Read more »

It's not just Covid: Amazon's top doctor on the biggest workplace health challenge of this century

Amazon chief health officer Vin Gupta says the biggest health challenge for public and work spaces this century will be ventilation and air quality. This is not because of Covid ... Read more »

Tesla shares hit an all-time high on Friday during intraday trading, surging above $900 a share nearly two days after the company reported record revenue and profits in the third ... Read more »

WASHINGTON — Lawyers for Enbridge Inc. are asking a judge in Michigan to consider the bilateral implications of the state’s bid to shut down the Line 5 cross-border pipeline.  © ... Read more »

Bolton Wanderers have announced that skipper Antoni Sarcevic has left the club and joined National League side Stockport County. In a shock move, the club confirmed just after 2pm today ... Read more »

Looking for end-of-season sun? Crete's luxurious resort is a must-try

After months (well, basically years at this point!) of dreaming about holidays while being stuck at home, you may think that your ideal break is some far-flung destination with scorching ... Read more »

© Provided by Zee Business Flipkart, India’s homegrown e-commerce marketplace, has announced that it is setting up a digital learning academy to upskill thousands of students every year. The Supply ... Read more »

Karva Chauth 2021: Date, time, muhurat, significance and all you need to know

Widely celebrated in India by Hindu women, Karva Chauth is a festival where married women observe a fast on the fourth day after Purnima in the month of Kartika. The ... Read more »

Turkey now in 'grey list' of terror funding watchdog; what it means for country

© Provided by CNBCTV18 The Financial Action Task Force (FATF) added Turkey and two other countries to its ‘grey list.’ The international organisation deals with monitoring and the setting up ... Read more »

Climate crisis: Where we stand

The extreme climate events that we have witnessed over the past two years, floods, wildfires, heatwaves, tropical storms and more, are the result of an increase of 1.1 degrees Celsius ... Read more »

© @mjtrimble/Pixabay nightclub221021v1a.jpg Two men have been arrested in connection with a spate of reported drink-spiking incidents involving needles in Nottingham. Nottinghamshire Police said the men, aged 18 and 19, ... Read more »

The 10 best Manchester United vs Liverpool games of all time

After Senate Republicans Block Voting Rights Legislation, the Filibuster Is Back in the Crosshairs

Filipino students, alumni of Oxford say Marcos Jr. has no degree from university

The climate project that changed how we understand extreme weather

Brian Laundrie Was Visibly 'Upset' When He Left Home for Last Time, But Parents 'Couldn't Stop Him': Lawyer

2021 Has Been a Perfect Storm for a Pumpkin Shortage

Mark Cuban compares the crypto boom to the dot-com bubble, defends Robinhood, and calls for stablecoin regulation in a new interview. Here are the 10 best quotes.