Nicola Sturgeon has been accused of overseeing an ‘obscene waste of public money’ after it emerged a team of 11 Holyrood civil servants are working on her new blueprint for Scottish independence.

Details of the team behind the independence prospectus were revealed by the Scottish Government in response to a Freedom of Information request.

Analysis of the pay grades of the staff involved suggested the team would cost about £700,000 a year to operate, according to The Herald.

The SNP has defended the move, insisting it is ‘democracy in action’, but pro-Union campaigners have criticised the use of public resources, arguing Ms Sturgeon should be fully focused on Scotland’s recovery from the coronavirus pandemic. 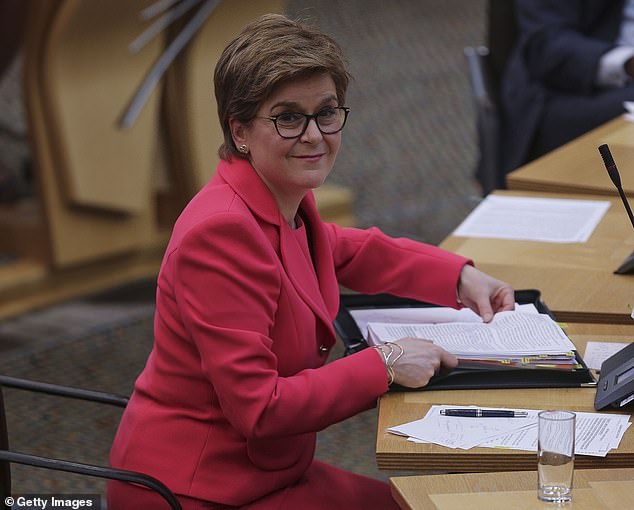 The Scottish First Minister and SNP leader wants to hold a re-run of the 2014 referendum by the end of 2023 but Boris Johnson has so far refused to grant permission for a vote to take place.

Ms Sturgeon said in her ‘Programme for Government’ last year that work would resume on drawing up a ‘detailed prospectus’ for independence.

The Freedom of Information request asked how much budget had been allocated to the work, with the Scottish Government saying it was unable to provide an exact figure.

The Government said the preparation work would be coordinated by a team consisting of ‘one senior civil servant and 10 other officials’ within the constitution directorate.

Pamela Nash, chief executive of the Scotland in Union campaign group, said: ‘This is an obscene waste of public money.

‘While our NHS struggles with massive waiting lists and children sit in crowded classrooms, only the SNP could think it sensible to devote civil service time and taxpayers’ money to this.

‘Rather than focusing on how to divide Scotland once again, the Government’s priority should be bringing communities together, giving our NHS and public services the resources they need.’

Donald Cameron from the Scottish Conservatives echoed a similar sentiment, saying: ‘It’s outrageous that the SNP Government are devoting huge resources to their push for another divisive independence referendum, when all their focus should be on Scotland’s pandemic recovery.’

But Mike Russell, the president of the SNP, said: ‘The people of Scotland have already decided they should have a choice over their future by electing a Scottish Parliament in May with a record majority of pro-independence MSPs. 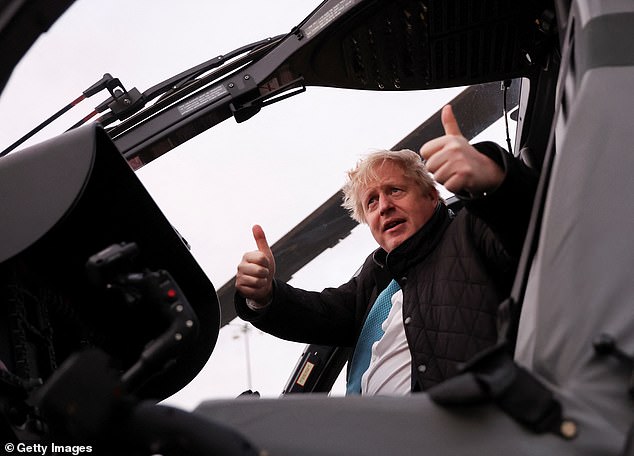 ‘Now the preparatory work is underway to develop a blueprint for Scotland as an independent country.

‘This is democracy in action: the Scottish Government delivering the manifesto promises on which they were so overwhelmingly elected.

‘This detailed work will ensure that the people of Scotland can make an informed choice when voting in the referendum and are presented with the choice of a better and fairer future in an independent Scotland.’