On Dec. 23, the Rochester Beacon reported on the move to stop using and teaching the song, based in part on an article by professor Kyna Hamill, director of Boston University’s Core Curriculum, stating that the first public performance of “Jingle Bells” may have occurred in 1857 at a minstrel show in Boston.

The story quoted the primary school, Council Rock, principal Matt Tappon as saying the song had been replaced with other songs that didn’t have “the potential to be controversial or offensive.”

When told by the Beacon of school’s decision, Hamill expressed shock, saying she does not connect its first performance by white actors in blackface with the current Christmas tradition of singing the song, that she “in no way recommended it stop being sung by children” and that she thinks it “should very much be sung and enjoyed and perhaps discussed.”

The Beacon story went viral, sparking widespread social media backlash. In response, on Tuesday, McGowan posted a statement to the district’s website fully supporting the change, which was not based on a complaint, but as part of an effort to “review curriculum with a diversity/equity lens.”

‘Not an attempt to push an agenda’

In his message to the Brighton school community, he wrote that “it may seem silly to some, but the fact that ‘Jingle Bells’ was first performed in minstrel shows where white actors performed in blackface does actually matter when it comes to questions of what we use as material in school. I’m glad that our staff paused when learning of this, reflected, and decided to use different material to accomplish the same objective in class.”

McGowan also noted that the song is closely tied to Christmas, a religious holiday that is not celebrated by everyone in the community, so it “was not likely a song that we would have wanted as part of the school curriculum in the first place. Our staff found that their simple objective could be accomplished by singing any one of many songs in class and therefore they chose to simply choose other songs.” 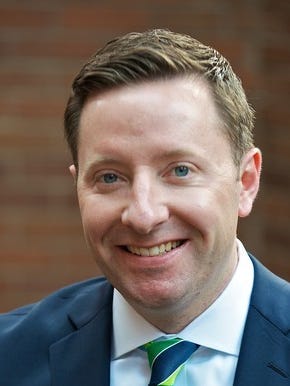 “This wasn’t ‘liberalism gone amok’ or ‘cancel culture at its finest’ as some have suggested,” he continued.

“Nobody has said you shouldn’t sing ‘Jingle Bells’ or ever in any way suggested that to your children. I can assure you that this situation is not an attempt to push an agenda.”

He said Council Rock teachers are not “discussing politics about the song or anything regarding its history” with the school’s students, who are in kindergarten through second grade. “This is not a political situation, it was a simple, thoughtful curricular decision,” he said.

“Finally,” McGowan asked, “if there is ever a question as to whether or not something might be experienced differently by someone else, shouldn’t we be respectful of that? … If many, many songs are available to accomplish the same objective, then why wouldn’t we use those songs? I think our teachers answered that question very thoughtfully and I’m proud of their work.”

Estate agents only have a dozen homes each for sale

‘Look! Such an inconsiderate act!' — Woman shakes rug over balcony in Yishun

Being around birds makes us happier, say scientists. Find out why

What should I do about the gaps in my state pension record that the official website says it is still 'checking'? Steve Webb replies

I’ve been on the Government gateway site for a few years now, to check my state pension. I have a few years that say ‘you didn’t pay enough National Insurance ... Read more »

We want to keep our current flat as a buy-to-let investment and move to a new home: Do we need to pay the second home stamp duty surcharge?

My wife and I are in the process of buying a new home, but are struggling to sell our current flat.  Instead of taking another 10 per cent off the ... Read more »

‘Christmas was awful': on the Omicron frontline at the Royal Preston hospital

After nearly two years on the Covid frontline, there is one image that haunts Prof Mohammed Munavvar. It is of a visit to Preston cemetery, where a friend had been ... Read more »

Clinically vulnerable 12 to 15-years-olds who are most at risk from coronavirus will be able to get their Covid booster jab from Monday. © PA Wire Boosters Around 500 children ... Read more »

Sue Borries’ son, Brandon, has pleaded with the federal government for help in tracking the missing teacher down. Brandon Borries Brandon Borries’ mother has been missing since she was involved ... Read more »

‘I have no intention of getting infected': understanding Omicron's severity

Leaders in the US have struck a pessimistic tone about the Covid-19 pandemic in recent weeks amid rapid spread of the Omicron variant. © Provided by The Guardian Photograph: Étienne ... Read more »

Is Real Madrid’s Thibaut Courtois currently the world’s best goalkeeper? The Belgium international, 29, has been outstanding for Los Blancos over the past couple of seasons and played a key ... Read more »

© Provided by Dot Esports Over the weekend, Call of Duty players have been encountering some in-game issues that are causing them to miss their shots despite being perfectly aimed. ... Read more »

© Provided by Pinkvilla Ram Pothineni will next be seen in an action entertainer, tentatively called RAPO19. This much-awaited project, which is being helmed by filmmaker N Lingusamy has been ... Read more »

© Provided by Independent Online (IOL) Each year on January 16, International Hot and Spicy Food Day celebrates all the delicious hot and spicy foods around the world. Every country ... Read more »

“It is great to be here representing not only the Latino community as an Afro-Latina, but also the Broadway community,” DeBose said during her opening monologue Ariana DeBose’s stardom continues ... Read more »

Another huge eruption has struck Tonga’s underwater volcano that had already exploded in a blast that was visible from space, say reports. And fears are growing over a missing British ... Read more »

Former Celtic star Kris Commons believes Leigh Griffiths is now paying the price for failing to live the life of an elite football player. The 31-year-old’s career at Parkhead is ... Read more »

© Provided by MensXP After the huge success of Sacred Games, the Netflix series returned with its second season in 2019. Sacred Games 2 received a mixed response from viewers ... Read more »

JSE could start week positively after drop as oil rallies

© Provided by Business Live The JSE could rebound on Monday after the all share index dropped 1% on Friday, catching its breath after record highs. Brent crude traded at ... Read more »

© Provided by DNA After emerging as the highest-grossing film in India in 2021, the Telugu blockbuster ‘Pushpa: The Rise’ continues to amaze stars and celebrities across India. Arjun Kapoor, ... Read more »

© SAPS. FILE: JOHANNESBURG – KwaZulu-Natal authorities are still trying to establish the motive behind a drive-by shooting in the province in which six young men were killed. Police said ... Read more »

© Provided by Pinkvilla Alia Bhatt is not only a superb actress but also a protective sister when it comes to Shaheen Bhatt. Their pictures on social media often give ... Read more »

© Provided by Jagran English New Delhi | Jagran Entertainment Desk: Bigg Boss 15 viewers are going to witness an emotional episode tonight as the contestants are going to get ... Read more »

Leicester's Steve Borthwick: 'Jack Carty was incredible. He is a fantastic player'

THERE WERE TIMES on Saturday, as Steve Borthwick analysed his side’s win over Connacht, when he sounded like a sales rep for Failté Ireland as much as a rugby coach. ... Read more »

It seemed that Joe Biden would be bad for business in “Make America great again” world. © Provided by The Guardian Photograph: Reuters/Alamy In theory, the US president, a white ... Read more »

At an office building in China’s capital on Sunday, Covid control personnel lugged boxes of pillows and bedding through the closely guarded entrance for workers stuck inside, preparing for what ... Read more »

3 Major Takeaways From ONE: HEAVY HITTERS

© ONE Championship Saygid Izagakhmaev defeated James Nakashima at ONE: HEAVY HITTERS. ONE: HEAVY HITTERS set the tone for 2022 with a phenomenal eight-bout card live from the Singapore Indoor Stadium ... Read more »

© PA Archive IoD Convention The former boss of Lloyds Banking Group has stepped down as chairman of Credit Suisse after less than 12 months following an investigation into his ... Read more »

© Provided by Al Jazeera The elections commission has dismissed the first of at least six petitions seeking to bar Ferdinand ‘Bongbong’ Marcos from running for the presidency [File: Romeo ... Read more »

© Met Police Missing Demi.jpg A missing nine-year-old girl from south-east London who was the subject of a police appeal has been found. Demi was reported missing from Greenwich shortly ... Read more »

Return of the flu: EU faces threat of prolonged 'twindemic'

© Reuters/PASCAL ROSSIGNOL FILE PHOTO: Start of the seasonal influenza vaccination campaign in France By Francesco Guarascio BRUSSELS (Reuters) – Influenza has returned to Europe at a faster-than-expected rate this ... Read more »

Malaika Arora accessorised her white ruffle dress with an EXPENSIVE YSL bag for a brunch date: Yay or Nay?

Goa Elections 2022: TMC & Congress Locked in Cat-and-Mouse Game. Who is It Really Hurting?

Hydroxychloroquine creates renewed interest as a potential treatment for Omicron