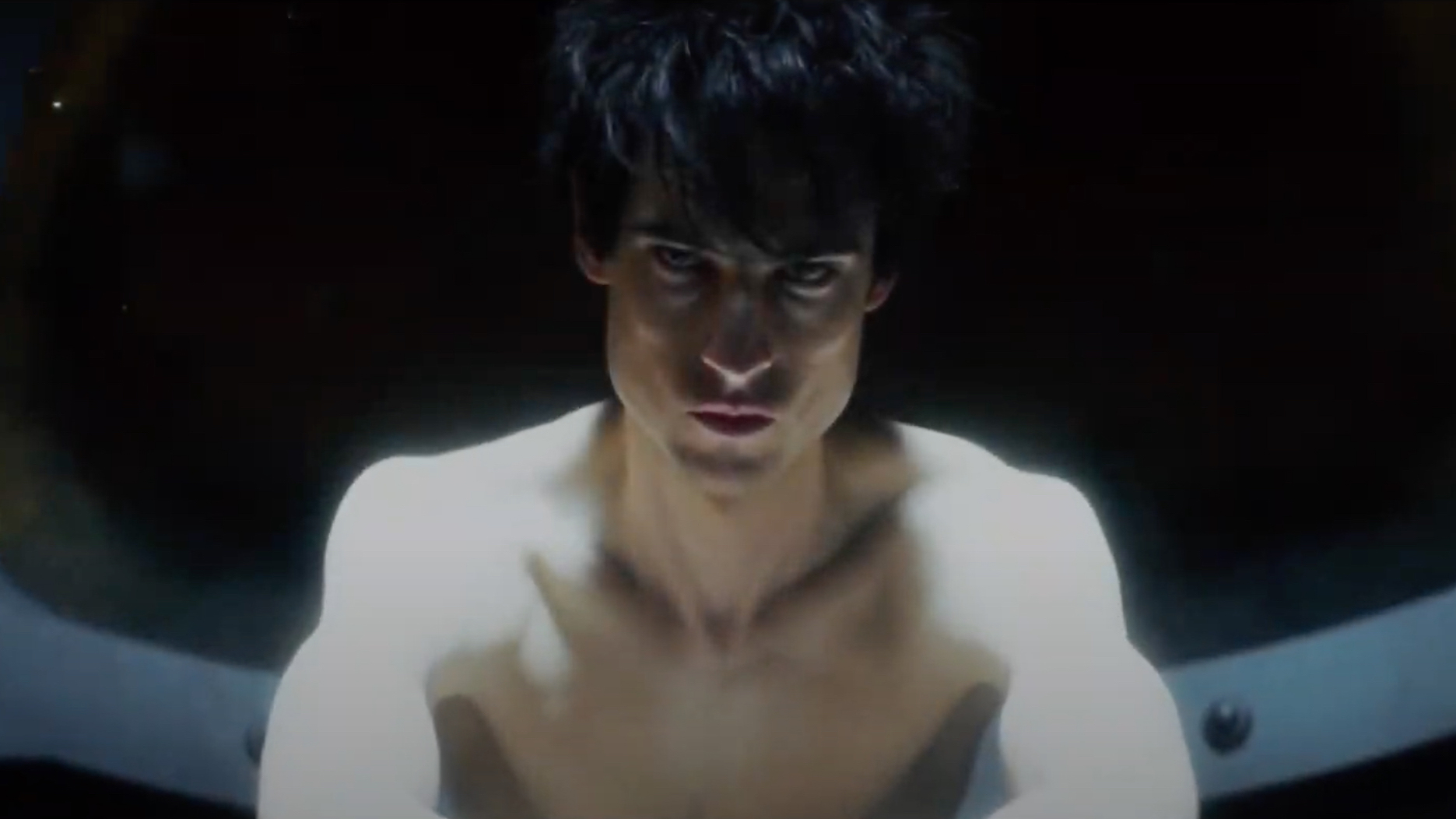 – It will stream on Netflix around the world.

– The release date is anticipated to be in late spring 2022.

– Based on Neil Gaiman’s series of comic books, which ran for seven years and 75 issues.

– A short teaser has given us a look at the characters in action.

It’s been more than 30 years since work first began to adapt Neil Gaiman’s epic comic book series, The Sandman, but it is finally set to arrive this year.

Told over 11 episodes, the show will follow Morpheus, the king of dreams as he escapes from capture and tries to rebuild his kingdom.

The highly anticipated series will land on Netflix this year. The streaming giant has been tight-lipped on a release date thus far, but have confirmed we will see it in 2022.

Given the vast amount of source material for the series, you’d expect plans for further seasons are already in place, but let’s not count our chickens just yet…

Release date: We don’t have an exact date yet, but a 2022 release has been confirmed. We’d expect to see The Sandman release in the second half of next year.

Cast: Tom Sturridge, Charles Dance, Gwendoline Christie, Boyd Holbrook, Jenna Coleman all feature in the series as part of its vast ensemble cast. Scroll down for more detail on who they’re each playing, as well as the many other confirmed cast members.

Story: The Sandman’s first run, which will take in 11 episodes, will cover the series’ first two collections, Preludes & Nocturnes and The Doll’s House.

At the start, we find ourselves in 1916 and in the midst of an occult ritual. As you can see from the show’s first trailer, which you’ll find further down this page, a secret society, led by a magician named Roderick Burgess, is trying to obtain immortality by imprisoning Death himself.

Sadly, Burgess mistakenly binds Death’s brother Dream instead. Fearing retribution, Burgess keeps Dream imprisoned for over 100 years. Eventually, Dream escapes, and, finding himself in the modern world, sets about avenging those who captured him and rebuilding the kingdom of dreams…

There isn’t a confirmed release date for The Sandman just yet, but given we’ve had a trailer and Netflix are pushing the title as a key part of their 2022 slate, we’d be prepared to place a sizable bet it’ll be on our screens before the autumn.

But, as you can read below, that’s a matter of minutes in comparison to the journey that Gaiman and the king of Dreams have been on…

“One day I shall destroy him.”Get your first look at Gwendoline Christie as Lucifer in the Netflix adaptation of @neilhimself’s THE SANDMAN. #TheSandman pic.twitter.com/YuosAIMiKQOctober 16, 2021

Failed Adaptations of The Sandman

Believe it or not, the first attempt to get The Sandman from page to screen came all the way back in 1991, before Gaiman had even completed the series.

Gaiman was resistant to the offer, which came from Warner Brothers, but eventually in 1996 he accepted and director Roger Avary, fresh from collaborating with Quentin Tarantino on Jackie Brown, was attached to take charge.

Avary, who would later go on to The Rules of Attraction, worked from a script from writers Ted Elliot and Terry Rossio, the pair who’d later earn Disney billions with Pirates of the Caribbean.

Weirdly, Gaiman was happy enough with this version of the script, but producer Jon Peters, a man so notorious in Hollywood that an entire book has been written about his misadventure (Also, if you’ve seen Paul Thomas Anderson’s Licorice Pizza, Bradley Cooper’s madcap portrayal of Peters is gaining serious Oscar talk), had other ideas. He fired Avary, and Elliot and Rossio’s script went in a drawer.

Peters then turned to write William Farmer, who would later help adapt the ill-fated Jonah Hex. His 1998 script reimagined Morpheus as a slasher movie villain and put him in a race against the turn of the Millennium. Gaiman hated it. He hated it so much in fact he would later tell fans at the San Diego Comic Con that it was “not only the worst Sandman script I’ve ever seen, but quite easily the worst script I’ve ever read.”

Peters clearly didn’t care for it much either and the project went away, where it languished in development hell for over 15 years. Gaiman would occasionally be asked about it in interviews and took to telling journalists that he’d “rather see no Sandman movie made than a bad Sandman movie.”

Reports of development work flickered, there was an attempt by Logan’s James Mangold to pitch the idea of a series to HBO, but it didn’t get anywhere. It wasn’t until 2014 that the next substantial move in The Sandman saga came.

Then super-producer David S. Goyer, Joseph Gordon-Levitt and His Dark Materials writer Jack Thorne announced they were taking charge of a new attempt to take the character to movie screens.

Thorne delivered a draft, which was rewritten by Arrival writer Eric Heisserer. Things seemed like they were progressing, right up until March of 2016, when Gordon-Levitt announced he was leaving the project due to creative differences.

Heisserer left later that year, telling reporters he believed the show should really be an HBO series. Something that had already been tried and failed. With Gordon-Levitt gone, Goyer busying himself with the DC Universe, it looked like the king of Dreams would return to slumber.

That was until 2019. In June of that year, Netflix announced it was developing The Sandman as a television series. Wonder Woman screenwriter Allan Heinberg had been booked to serve as showrunner and Gaiman was on board as producer.

Like Morpheus himself, after more than 25 years of imprisonment in development hell, The Sandman was finally free.

The key cast for The Sandman looks like this:

Meet the cast of @netflix’s The Sandman ⏳ From the mind of @neilhimself. pic.twitter.com/Tow8ouf6UDMay 26, 2021

Tom Sturridge leads the way as Morpheus. As you’ll see below, in the comics, Morpheus is rake-thin and hollow-cheeked with jet black hair and a wardrobe in the same color. Sturridge, with his dark features, and commanding performances in the Hollow Crown trilogy and Far From The Madding Crowd, looks like perfect casting to play the ethereal king of dreams.

Gwendoline Christie, best known as Brienne of Tarth in Game Of Thrones, plays Lucifer. Weirdly, though Tom Ellis’ Lucifer actually finds his origins in Gaiman’s comics, the spin-off and subsequent TV adaptation are a world away from The Sandman. In this take, Christie’s Lucifer is the ruler of Hell who quickly finds themselves butting heads with Morpheus.

Charles Dance will play Roderick Burgess, the magician and charlatan who summons and imprisons Dream in the first place, while Logan star Boyd Holbrook is The Corinthian. Much-loved in the comics, The Corinthian is a nightmare created by Dream, who quickly gets a mind of his own, with very bloody consequences. 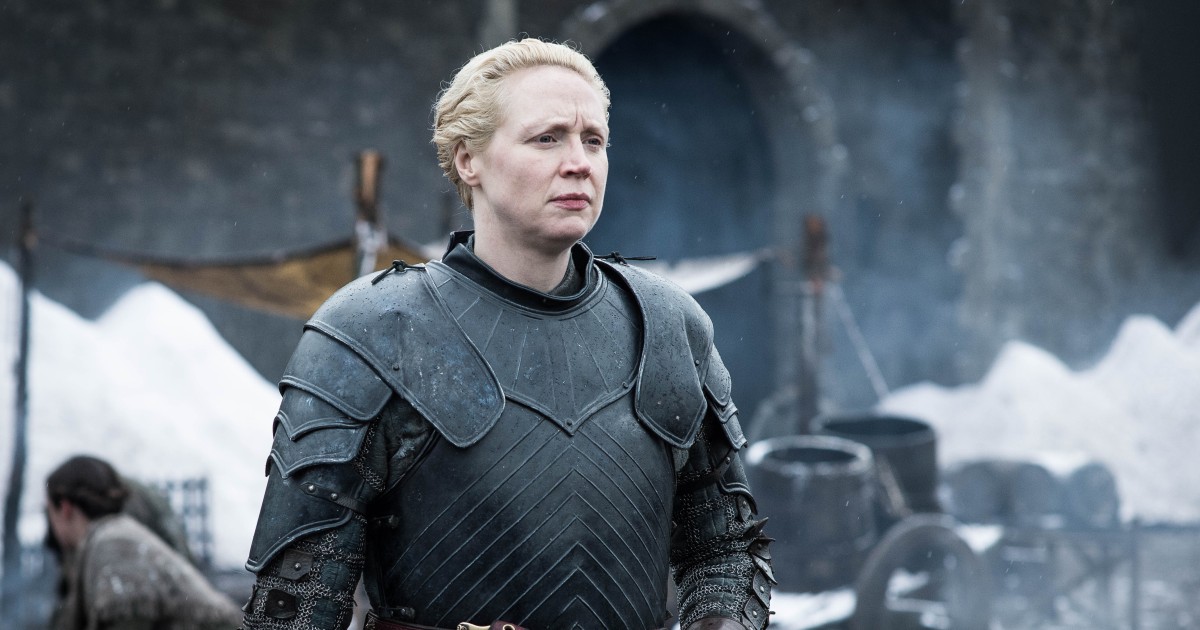 The Sandman creators: who’s making it?

While Neil Gaiman is very active in the making of the series, it is not his show. Unlike Good Omens, where he acts as both creator and showrunner, here Gaiman is a producer.

He has worked to develop the project alongside David S. Goyer, writer of the Blade trilogy, Batman Begins and so much of the DC Universe. Goyer is a producer on this alongside his work as showrunner on Foundation. The Sandman’s showrunner is Allan Heinberg, writer of Wonder Woman and hit comedy The Catch.

British director Jamie Childs, who has been a long time pick for His Dark Materials, has taken charge of four episodes. Andrés Baiz, a veteran of Narcos: Mexico, has three, and Louise Hooper, last seen stewarding The Witcher, has two.

Originally, the show was set to shoot across the world, but Gaiman confirmed to a fan that Covid-19 put paid to that and the series was filmed entirely in the UK.

We got a first look at the series towards the end of 2021 as part of Netflix’s Ta Dum celebration. That showed the capture of Morpheus and the beginning of the saga.

We can expect a full trailer in the coming weeks ahead of the show’s formal launch later in the year.

Other Neil Gaiman Adaptations in the works…

What Else Does Neil Gaiman Have Heading To Screens?

In 2022, Gaiman is overseeing the second season of Good Omens, which is filming as we speak with Michael Sheen and David Tennant returning to reprise their roles. It’ll air on Amazon Prime once again.

Also for Amazon Prime, Gaiman’s 2005 novel Anansi Boys is being adapted. The cast for that series, which follows the two sons of the African spider-god Anansi, will see Small Axe breakout star Malachi Kirby and The Good Fight’s Delroy Lindo lead the way, while Lenny Henry has worked on the adaptation alongside Gaiman.

As well as this, work continues on the film adaptations of Gaiman’s novels The Ocean At The End Of The Lane and The Graveyard Book. Sadly though, after three seasons, it looks like it’s the end of the road for American Gods, with no word on a new network for the show after Starz pulled the plug in 2021.