Nebbia Works has created a self-supporting pavilion from simple aluminium sheets at the V&A museum as part of the London Design Festival to highlight the material’s sustainable potential.

Set within the museum’s John Madejski Garden, the installation consists of 27 metal sheets of identical dimensions, each propped up by a single leg carved and bent from its surface.

The structure is fused together to create the impression of being one continuous piece and made entirely from one batch of the metal, which manufacturer En+ claims is the “lowest carbon aluminium the world has ever produced”.

Only 0.01 tonnes of carbon dioxide equivalent (CO2e) was emitted for each tonne of material created, the company says, falling far below the four-tonne threshold that is generally applied to low-carbon aluminium.

© Provided by Dezeen The installation is made entirely of aluminium

Once the festival has come to a close, the pavilion will be melted down into ingot and turned into products, showcasing aluminium’s ability to be infinitely recycled.

To enable this, the structure does not rely on the addition of any other materials to hold itself aloft.

Instead, its algorithmically designed legs combined with the innate strength and lightness of aluminium make the pavilion entirely self-supporting and thus easy to dismantle and repurpose.

“What you see is exactly what you get,” added V&A curator Meneesha Kellay. “There are no layers of material or a facade with lots of things hidden behind it.”

The pavilion’s legs were cut from its aluminium roof panels using a water jet cutter. They were then folded out by attaching them to a gantry crane and rolling them around a huge tube.

No lacquer or finish was applied to the material in order to maintain its recyclability. Rather, the surface was hand-buffed and its edges manually polished, helping to give the aluminium an organic quality.

“Most of the time you associate aluminium with being cold and mechanical, so one of the tasks we set ourselves was trying to make this material a bit more approachable,” Posocco explained.

Gallery: Our natural resources are set to run out sooner than you might think (Lovemoney) 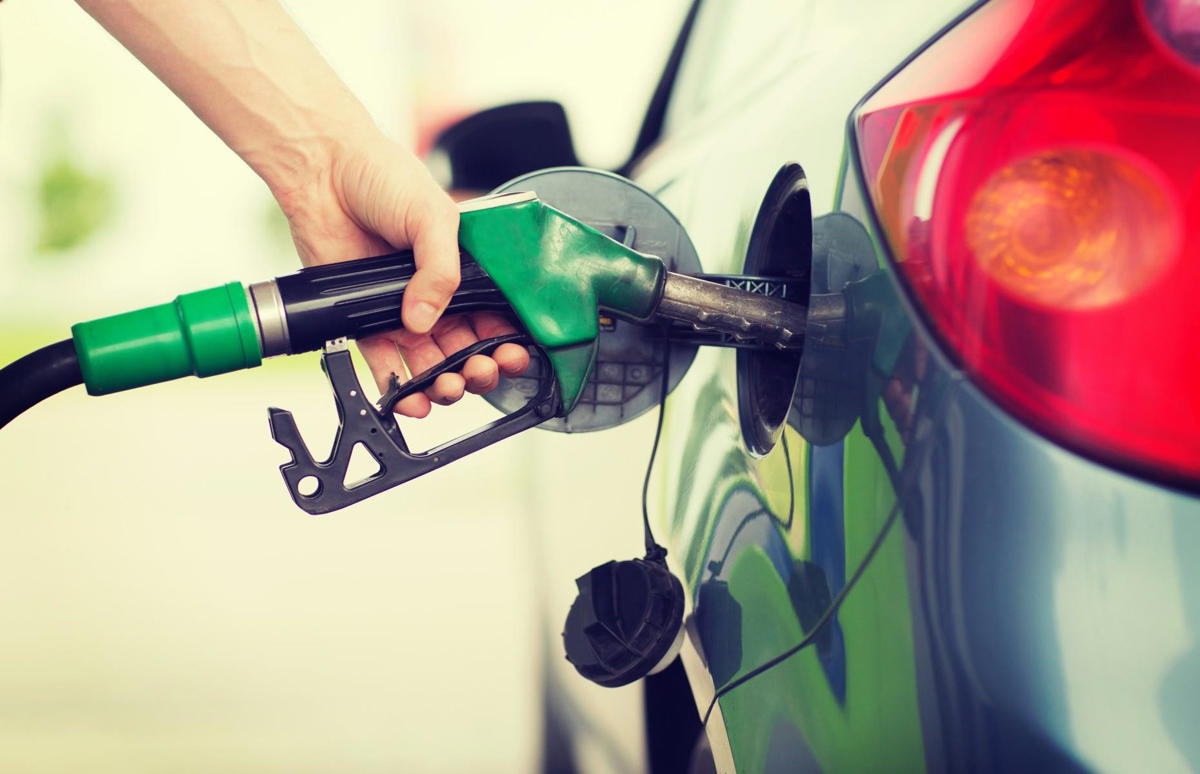 “The overall finish is not perfect or pristine, there is a kind of human touch to it.”

The aluminium used to create the pavilion is the first batch En+ has ever made using its revised production process.

So far, efforts to create low-carbon aluminium have largely focused on the huge amount of energy that is needed to run the industrial smelters, where aluminium oxide is separated into aluminium and oxygen through a process called electrolysis.

This accounts for around 65 per cent of emissions from aluminium production and can easily be circumvented by running the smelters using hydro or geopower.

But this still leaves so-called process emissions from smelting, which are generated as the carbon anodes used to induce this chemical reaction erode over time, releasing CO2.

En+ has eliminated these emissions by swapping out the carbon anodes for inert anodes made from a ceramic alloy.

“These inert anodes do not erode during the process, so you get pure oxygen out of the top and pure aluminium out of the bottom of the smelter,” James explained.

“For us, the smelting process accounts for 25 per cent of emissions, which we will be saving with inert anodes. So there are virtually no emissions.”

From here, the aim is to create a completely zero-carbon aluminium by 2050, in time for the company to become net-zero as a whole.

To achieve this, En+ is looking at rolling out the inert anode technology across all of its smelters in Siberia, as well as looking at its entire value chain, from the way that its refineries are powered to the mining of bauxite, which accounts for another two per cent of the company’s production emissions.

According to a report by the World Economic Forum, the use of inert anodes combined with hydropower could help to significantly reduce the carbon footprint of the aluminium industry, which currently accounts for two per cent of all global emissions.

“Advances in anode technology could be quickly commercialized and offer wide-scale decarbonization for the industry,” the report concluded.

Another company making use of inert anodes is Elysis, a joint venture between major aluminium producers Rio Tinto and Alcoa, which has already supplied its first batch to Apple and hopes to commercialise its technology in 2024.

“Making industry-wide changes is really fundamental in terms of carbon reduction,” said Madhav Kidao, the other half of Nebbia Works. “And it’s really important as designers that we challenge how we specify things and where they come from.”

Elsewhere, the steel industry is also trying to clean up its act with Swedish producer SSAB producing the first fossil-free batch of the alloy last month.

Photography is by Ed Reeve.

How Microsoft nearly overtakes Apple as most valuable company

From chic sunnies to summer dresses: 22 things the Mamamia team shopped this month.

iPhone 12 available for as low as Rs 49,999 in Flipkart Diwali sale, here is how deal works

Man convicted of intentionally hitting someone with car in St. Lawrence County

Extraordinary tapped phone call emerges of Gladys Berejiklian telling her secret lover 'I'll throw money at Wagga, don't you worry about that' and saying his regional town is 'going to be just like Sydney'

Minneapolis mayor faces voters with policing on their minds

The Mexican national team didn’t have its top players and it showed in a 3-2 loss to Ecuador in Charlotte. In front of a pro-Mexico crowd at Bank of America ... Read more »

The Sheikh Zayed Cricket Stadium in Abu Dhabi is cut off from the hustle and bustle of the city centre. However, there was an air of excitement around the first ... Read more »

© Provided by News18 NCB ‘Witness’ in Viral Selfie With Aryan Khan Detained in Pune in 2018 Fraud Case An “independent witness” of the Narcotics Control Bureau in the Aryan ... Read more »

© Provided by The Times of India DEHRADUN: Heavy rains that lashed Uttarakhand last week have led to four prominent rivers in the state to alter their course, prompting the ... Read more »

Govt had urged SC to set up a probe panel: BJP

© Provided by The Times of India NEW DELHI: Asserting that the government in its affidavit had also urged for a committee to look into the alleged use of the ... Read more »

There have been plenty of managerial links to Manchester United since they lost 5-0 at home to Liverpool. Ole Gunnar Solskjaer is under pressure. Some believe the game is up ... Read more »

Chief Medaria Arradondo said the measure  would do nothing to address the issues laid bare with the death last year of George Floyd'I was not expecting some...detailed word-for-word plan, but at this point, quite frankly, I would take a drawing on a napkin and I have not seen either,' he said On Tuesday, voters will decide whether to approve a new public safety unit that would take 'a more comprehensive public health approach' to policing Opponents said the proposal is vague, with no specific plan for the replacementThe ballot question would also drop a required minimum number of police officers and give City Council members more oversight of police   Read more »

Here's how Google aims to take on the Apple iPad

It’s no secret that when it comes to tablets, the iPad remains a few steps ahead of its Android counterparts. And a lot of it is down to the software ... Read more »

A Virginia woman was able to scam millions of dollars from retailers with the use of fraudulent coupons. Lori Ann Talens, 41, and her husband, Pacifico, 43, of Virginia Beach, ... Read more »

ALBUQUERQUE, N.M. (AP) — The National Park Service has partnered with a tourism association to ensure the contributions, cultures and traditions of Native Americans are incorporated into exhibits and programming ... Read more »

Here are your Thursday morning Manchester United headlines on October 28. Conte on Barcelona’s radar? With Ole Gunnar Solskjaer still in charge of Manchester United, the club are technically not ... Read more »

WASHINGTON — President Joe Biden is expected to attend a Thursday morning meeting with all House Democrats shortly before his trip to Europe in a last-minute push to get progressives ... Read more »

President Biden is expected to attend a House Democratic caucus meeting on Thursday morning before he departs for Europe to attend a pair of global summits, in a last-minute attempt ... Read more »

The Best Fall Fashion Splurges, According to Amazon

When Amazon talks, the world listens. And why wouldn’t it? The retailer has got its finger on the pulse of what virtually every household in the country is buying. We ... Read more »

China has restricted smaller cities in the country from building “super high-rise buildings”, as part of a larger bid to crackdown on vanity projects. © Getty Images China is home ... Read more »

How to change car setups in NASCAR 21: Ignition

© Provided by GamePur If you’re struggling to gain traction in NASCAR 21: Ignition, perhaps you need to change the car setup. Car setups affect how your car will act ... Read more »

'Aadhaar Hackathon 2021' starts today: Theme, rules, prizes and all you need to know

© Provided by CinemaBlend Hologram Janeway looking at the crew of the Protostar Star Trek: Prodigy is the latest series in the Star Trek franchise to premiere on Paramount+, and ... Read more »

Video: Chicago Mayor Lori Lightfoot is 'drowned out by boos' at plumbers union event before she abandons stage 'less than a minute' into speech over her unpopular vaccine mandate

G20 leaders to meet in the shadow of Mussolini's palaces

An American Airlines flight was diverted to Denver after a passenger attacked a flight attendant. EPA A flight from New York City to southern California made an emergency landing after ... Read more »

Astros rip Braves to even World Series at a game apiece

HOUSTON — Dusty Baker knows his team. After dropping Game 1 of the World Series to Atlanta on Tuesday at Minute Maid Park, the Houston manager said he had no ... Read more »

Katharine, 37, hints at svelte midriff out to with David, 71

© Provided by Daily Mail MailOnline logo Katharine McPhee, 37, was spotted looking summery stylish while out this autumn with her husband David Foster. The actress and singer was modeling ... Read more »

India has raised concerns at the US’ proposal at the World Trade Organization (WTO) that mandates countries to submit information on any fishing vessel and operator that makes use of ... Read more »

Exclusive number plates for CXOs cannot be classified as a business expense, the Income Tax Appellate Tribunal (ITAT) has said. Tax experts say the verdict could set a precedent for ... Read more »

Photograph: Daniel Pockett/Getty Images Unvaccinated shoppers in Victoria will be able to visit retail precincts when the sector reopens on Friday due to a quirk in the government’s timeline that ... Read more »

EXCLUSIVE | Was Unnao BJP Leader on Underworld's Radar? Ahead of UP Polls, Pak 'Targets' Saffron Party

© Provided by News18 EXCLUSIVE | Was Unnao BJP Leader on Underworld’s Radar? Ahead of UP Polls, Pak ‘Targets’ Saffron Party The arrest of two underworld killers by Uttar Pradesh ... Read more »

Measurable snow on the doorstep for Alberta with a significant chill

New environment minister downplays questions about past activism, says he has no 'secret agenda'

First Look At Terrifying ‘Paranormal Activity: Next Of Kin' From Paramount+

Gizmodo's photos from the massive iPhone 4 leak have disappeared