Lawmakers gathered on the Capitol steps Monday evening to pay tribute to the more than 900,000 Americans who have died from COVID-19House Speaker Nancy Pelosi, sporting a face mask and holding a lantern, stood in the center of the group of several dozen lawmakersThe event included the singing of Shall We Gather at the River and God Bless America by the United States Army Chorus and a moment of silence One member of Congress and a member-elect have died from COVID-19, while 42 House members and 8 senators have tested positive since December

Lawmakers gathered on the Capitol steps Monday evening to pay tribute to the more than 900,000 Americans who have died from COVID-19.

House Speaker Nancy Pelosi, sporting a face mask and holding a lantern, stood in the center of the group of a few dozen politicians for the event which included the singing of two songs by the United States Army Chorus and a moment of silence.

The program began with the hymn Shall We Gather at the River and then a singing of God Bless America. 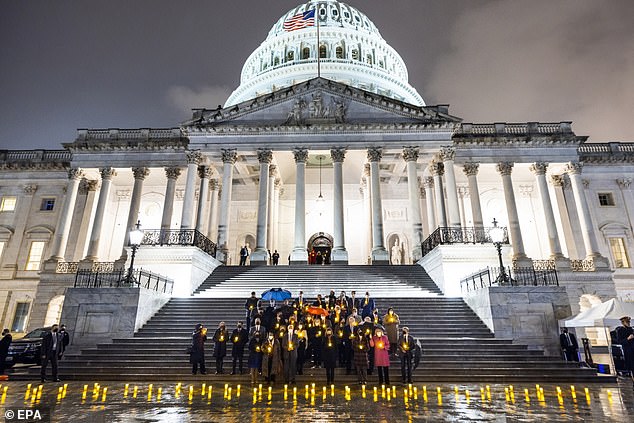 House Speaker Nancy Pelosi led several dozen members of Congress in a moment of silence to mark 900,000 Americans perishing from COVID-19 since the start of the pandemic 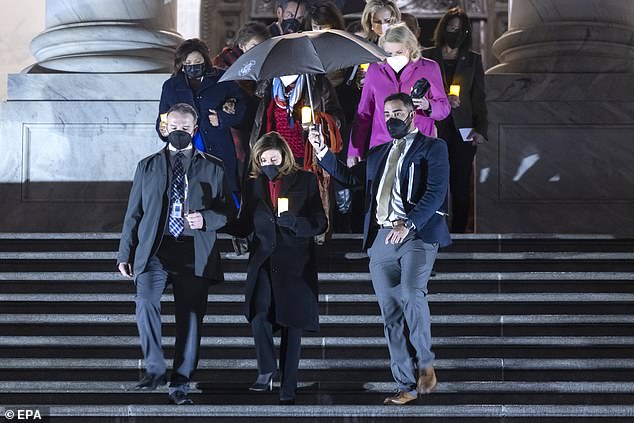 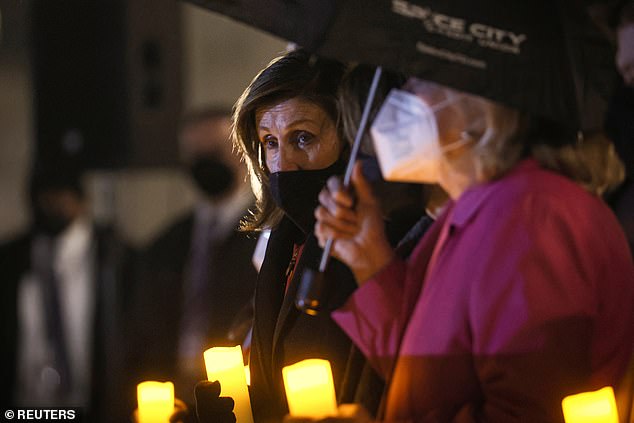 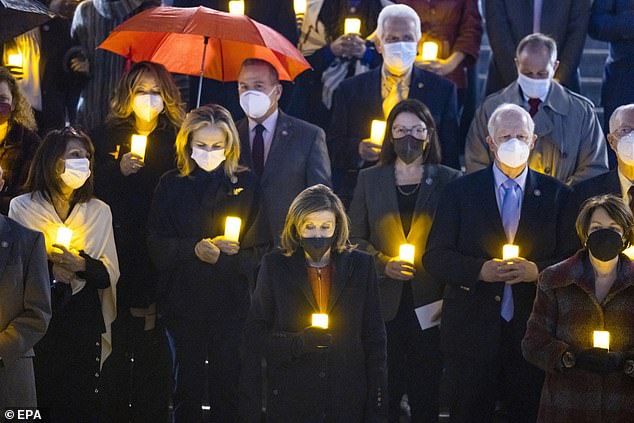 Members of the House of Representatives and senators participated in the event, which lasted just a few minutes 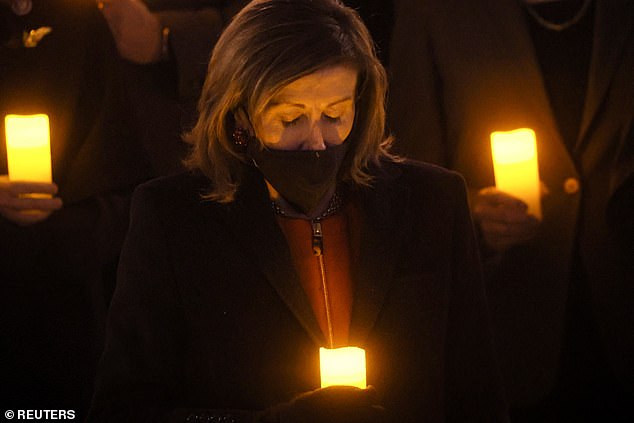 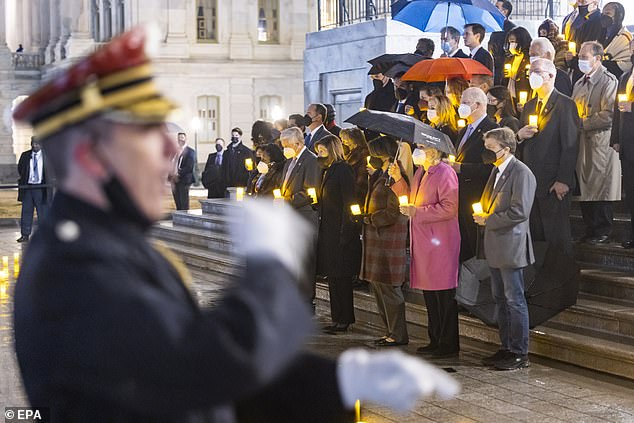 The United States Army Chorus prepared two songs for the occasion: the hymn Shall We Gather at the River and God Bless America 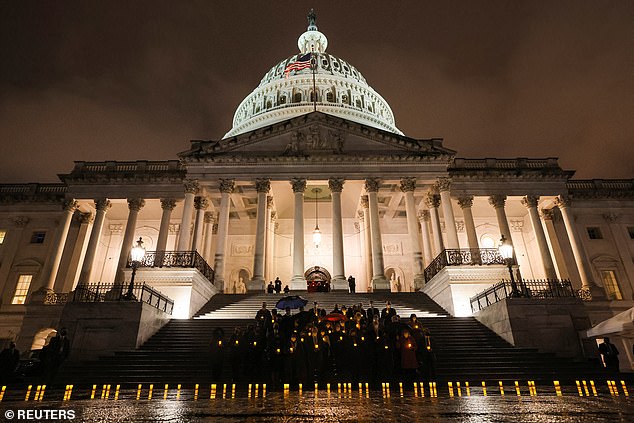 The U.S. hit 900,000 deaths from COVID-19 on Friday, less than two months after passing the grim milestone of 800,000 coronavirus deaths – propelled by the highly contagious Omicron variant.

Only one member of Congress has died of COVID – Republican Rep. Ron Wright – while Rep.-elect Luke Letlow passed away before being sworn-in.

However Congress has seen a spike in cases, despite most lawmakers being vaccinated.

Clyburn tested positive in December – and was forced to miss his granddaughter’s wedding as he awaited the results of a PCR test to confirm his case.


Hoyer tested positive on Tuesday and said he would working from home and taking advantage of proxy voting.

Overall since December, 42 House members and 8 senators tested positive for the virus.

‘After nearly two years, I know that the emotional, physical, and psychological weight of this pandemic has been incredibly difficult to bear,’ he said.

He pleaded with Americans to get vaccinated and then get their booster shots.

‘Two hundred and fifty million Americans have stepped up to protect themselves, their families, and their communities by getting at least one shot – and we have saved more than one million American lives as a result,’ the president said.