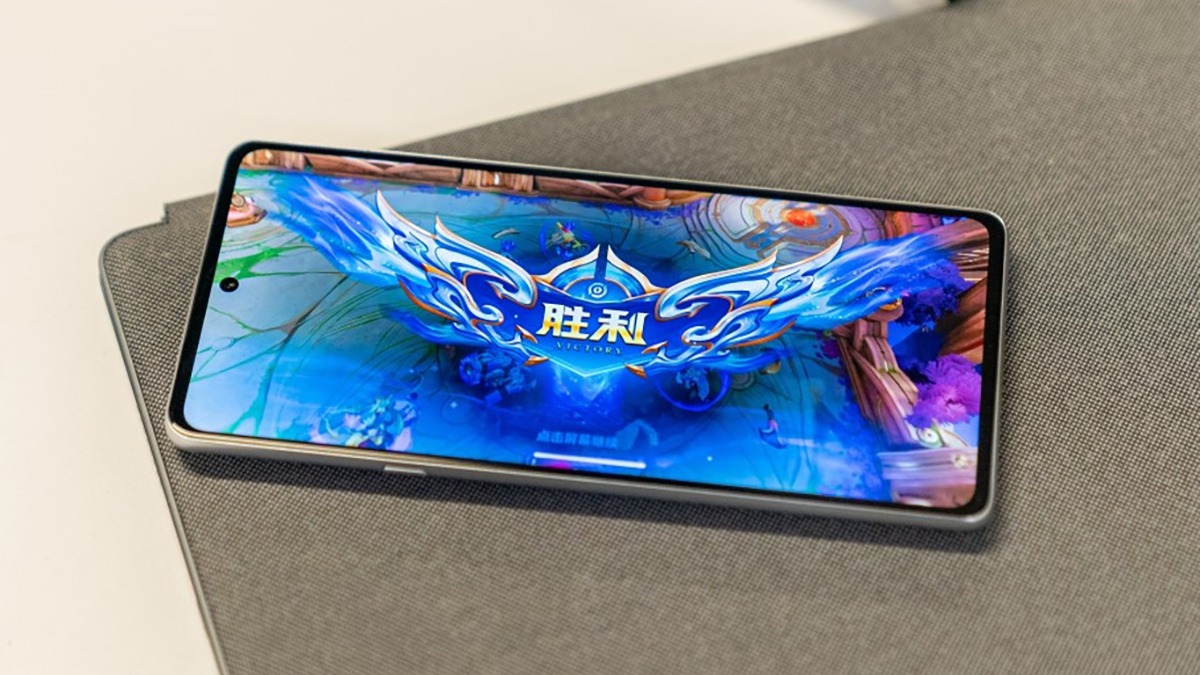 A few days ago Motorola promised that it would be launching a flagship-level smartphone sometime this month, and it’s now used one of the company’s official social media accounts to show off the Moto Edge X30 to the world.

The single, official picture was posted to the Motorola account on the Chinese social network Weibo (via GSMArena), and gives us our first proper look at the Moto Edge X30 device, with slim display bezels and a punch hole camera up at the top of the screen.

Before you get too attached to it though, it’s important to note that we’re not exactly sure which markets this phone will be coming to. It’s definitely launching in China first of all, but it’s unclear whether it will eventually find its way to the US, Europe, and other regions.

What makes the Moto Edge X30 particularly notable is that it’s set to be one of the first phones running on the Snapdragon 8 Gen 1 chipset that was just unveiled by Qualcomm – a chipset that is likely to be powering a lot of top-end Android phones throughout 2022.

Motorola has made some of the other specs of this phone official too: we know the display is going to come with a 144Hz refresh rate, support for HDR10+ content, and the ability to display more than a billion colors.

Unofficially, we’ve also heard that the handset is going to come sporting a display that’s 6.67 inches from corner to corner. Apparently it will also come with a triple-lens 50MP+50MP+2MP rear camera. It’s scheduled to be unveiled in full on December 9. 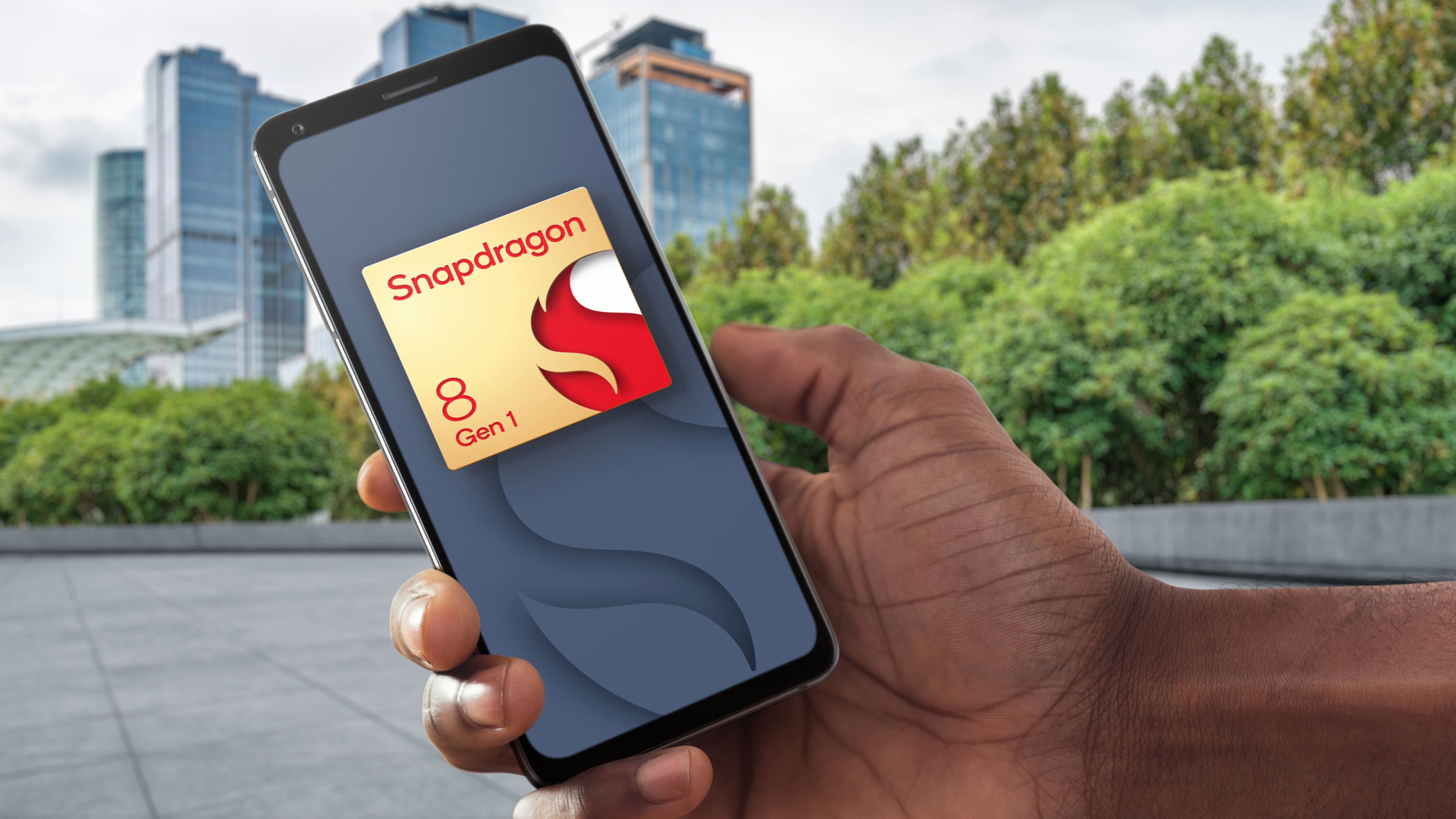 The Moto Edge X30 will be one of the very first phones that we see running the Qualcomm Snapdragon 8 Gen 1 chipset, but many more handsets will follow. As with any processor launch from Qualcomm, there are a bunch of new features to look forward to.

For a start the chipset is going to enable always-on cameras – not to keep you constantly under surveillance, but to enable functionality like hands-free unlocking (because your phone will be able to recognize who you are while it’s doing other tasks).

There are also updates in terms of reducing background noise on phone calls, and in getting up to internet speeds of 10Gbps. If you have access to the latest and greatest 5G connections, then the Snapdragon 8 Gen 1 is going to make sure that you’re always hooked up at the fastest speeds possible.

Then there are the performance improvements as well of course: the chipset is going to mean the Android phones of 2022 will be faster and more capable than ever, with a jump of around 20% in terms of speed over the Snapdragon 888.

This Electric Motocross Bike Is Built For Experts and Joyriders Alike

When most people think of a motorcycle, it is assumed you need to be an expert to ride it and maintain it. However, there is a new wave of bikes ... Read more »

Anyone born after 1996 belongs to Generation Z, a diverse cohort that may well become the most educated generation to date. They are digital natives who communicate primarily through social media and texts, ... Read more »

Like most things in the blockchain ecosystem, the NFT industry has cycled through periods of intense and mild interest. But with this year’s surge in adoption from artists, athletes, celebrities, influencers, ... Read more »

Arsenal have blown their two realistic chances of silverware within a short space of time. The bright side is that the Gunners can now focus on securing European qualification and ... Read more »

Taiwan-based Foxconn said it has partnered with Indonesia‘s Investment Ministry and several companies to support the development of electric cars in the Southeast Asian country, adding to a string of ... Read more »

The Future of Software Development in 2022 and Beyond

As 2022 is now here, tech personnel and firms must take note of the new trends in the software productivity space and adjust accordingly to meet the growing expectations of ... Read more »

For years, Amazon has been asserting itself in the brick-and-mortar grocery space through ventures like Amazon Go and its Whole Foods acquisition. Now the ecommerce giant wants to take care of ... Read more »

Instagram is allowing you to remix the videos on the platform

Instagram will now allow users to remix any public video on its platform. Now, you’ll be able to remix a video and also be there yourself in the new video. ... Read more »

Domestic smartphone brand Micromax has confirmed the launch date of the ‘In Note 2’ smartphone in India. The phone is set to arrive on January 25 and the company has ... Read more »

Akko Is One Insurance Plan for All Your Tech

Accidents happen, and when they happen to your technological devices, it can be a serious problem. Entrepreneurs rely on technology for their day-to-day lives and you need to make sure ... Read more »

Ready Player 1,000,000,0001? Sergey Nivens Microsoft was positioning itself as one of the pioneers of the metaverse even before its US$75 billion deal to buy online gaming giant Activision Blizzard. ... Read more »

Moneycontrol journalists are not involved in the creation of this content. Read more »

Tecno has expanded its smartphone range in India with the launch of the Pova Neo. The new handset is a budget category phone that comes powered by Mediatek Helio G25 ... Read more »

Microsoft has announced new games for the Xbox Game Pass this January and some of them have already arrived. Here is a list of new games that have been added ... Read more »

Samsung has announced a Galaxy Unpacked event in February 2022. The South Korean company has not revealed an exact launch date yet. In a blog post penned by T M ... Read more »

Village road could be renamed after complaints it is racist

The road is situated in Lifton, Dorset. (Creative Commons/Mike Smith) A narrow village street could be renamed amid complaints of racism from visitors to the area. Darkey Lane in the ... Read more »