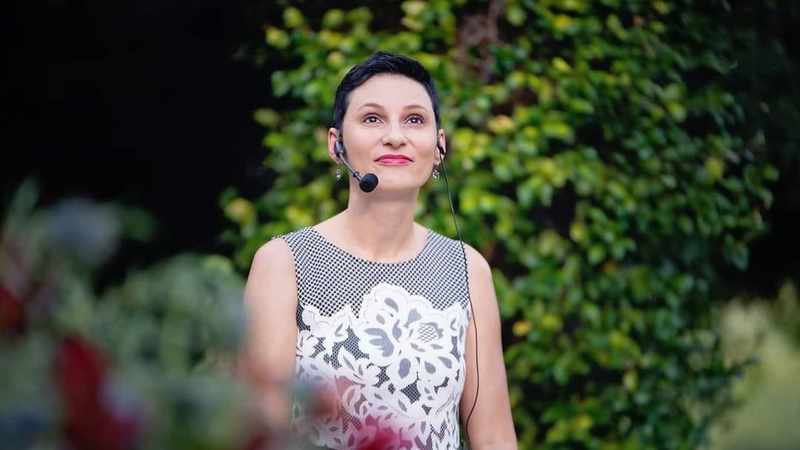 Durban – The husband of the murdered Amanzimtoti pastor who went missing at the weekend has been found “disorientated” at a sugar cane plantation on the south coast.

According to a report by YOU, Werner de Jager, the husband of slain NGK pastor, Liezel de Jager, was found around 10.15 am on Wednesday in a sugar plantation near Illovo on the KwaZulu-Natal south coast.

He was reportedly found by a local farmer.

It comes as sources close to the investigation told IOL that Werner had been told last week by detectives that he was to take a polygraph test on Wednesday.

Werner was reported missing by his father-in-law on Sunday, and a missing person docket was opened at the Brighton Beach police station.

A source on the scene told YOU he was “very disoriented”.

He was apparently alone in a car at the time.

According to police, Liezel was found murdered on October 13 in her yard on Dan Pienaar Road at Athlone Park in Amanzimtoti at around 7am.

She was a much-loved pastor of the Dutch Reformed Church on the south coast.

KZN police spokesperson Colonel Thembeka Mbele told IOL at the time that detectives called out the scene had found her lying on the ground with strangulation marks on her neck.

None of her possessions had been taken.

Liezel’s body was discovered by her husband, Werner. The couple have two daughters.

‘Step in the right direction', ‘About time' – These Preston fans react as club make big call on key figure

10 people were killed across Kansas City metro in the last week. Here's what we know.

© Photo by Amelia Holowaty Krales / The Verge Toyota will build a $1.29 billion battery factory in North Carolina in an effort to bring some of its electric vehicle ... Read more »

John Whaite has blamed his and Johannes Radebe’s Strictly Come Dancing mistake on Craig Revel Horwood. The TV chef and his professional partner were dancing the salsa during this weekend’s ... Read more »

© Sasko Lazarov Photocall Ireland TWO COMPANIES ARE to face a criminal trial next March in relation to the deaths of two stonemasons, who drowned whilst carrying out work on ... Read more »

© Photo courtesy of @glamourice/TikTok FotoJet (23).jpg A woman on TikTok returned how to find that thieves had broken into her apartment – and redecorated. Shayna Rice, who goes by ... Read more »

An exquisite stage is set by Guillermo del Toro for his much-hyped follow-up to best picture winner The Shape of Water, a big, starry adaptation of William Lindsay Gresham’s 1946 ... Read more »

Energy company Wastefuel expects to be as big as BP in 10 years. Here's how it plans to get there.

© Md Manik/SOPA Images/LightRocket Energy company Wastefuel expects to be as big as BP in 10 years. Here’s how it plans to get there. Large companies, like Maersk, are transitioning ... Read more »

© Provided by Football FanCast Joe Rodon Tottenham Hotspur centre-back Joe Rodon is attracting increasing interest ahead of the January transfer window. What’s the talk? According to a number of ... Read more »

The body of the late Senator Bob Dole will lie in state in the US Capitol on Thursday as congressional leaders honour the former Republican presidential candidate and World War ... Read more »

© PA Images Wes-Morgan-and-Kasper-Schmeichel-celebrate-with-the-FA-Cup Holders Leicester have been drawn to play Premier League rivals Watford in the third round of the FA Cup. Brendan Rodgers’ side, who beat Chelsea in ... Read more »

Whatcom County schools are opening late or are limiting bus service after an early morning dusting of snow and overnight freezing temperature caused several crashes and threatened to affect the ... Read more »

Mr. Big has his woman’s back! © Stephen Lovekin/Shutterstock Chris Noth Amid the fanfare about the “Sex and the City” sequel, “And Just Like That…,” Chris Noth weighed in on ... Read more »

© Provided by Dot Esports Pokémon Go’s Season of Heritage is moving into its next stage. Players successfully managed to activate the part of the mechanism keeping the mysterious door ... Read more »

Acend BONECOLD on beating Envy: ‘We really didn't have any pressure going into the series… we were feeling extremely relaxed and focused'

© Provided by Dot Esports Group A has been one of the most confusing and exciting groups in VALORANT Champions. The first match between Acend and Vivo Keyd was shrouded ... Read more »

How to farm Allagan Tomestone of Aphorism in Final Fantasy XIV

© Provided by GamePur The Allagan Tomestones of Aphorism will be your reward for completing many of the level 90 dungeons in Final Fantasy XIV’s Endwalker expansion. You’ll want to ... Read more »

Attention, ARMY: The BTS Members Now Have Their *Own* IG Accounts

What happened to Roblox Football Fusion?

© Provided by GamePur Roblox Football Fusion, one of the platform’s most popular sports-themed games, got taken down from the server on Friday, December 3. The disappearance of the game ... Read more »

Man charged in Baltimore church slaying was working as a laborer: attorney

A Baltimore man charged in the “brazen” killing of a church staffer was working at the house of God as a day laborer, his attorney told a judge Monday. Manzie ... Read more »

© Provided by Hindustan Times A healthcare worker collects a swab sample of a man for Covid-19 testing in wake of the new variant Omicron, at Veer Savarkar Road, in ... Read more »

© Provided by Hindustan Times A week ago, the AIADMK made a crucial change to the party’s bylaws for the coordinator and joint-coordinator to be elected by the primary cadre ... Read more »

How Bruce Boudreau Can Rescue the Canucks

Jennifer Lawrence says she lost a tooth while making 'Don't Look Up': 'I had to film most of the movie toothless'