Mike Tindall, 43, is a co-host on The Good, the Bad, and the Rugby podcast The former England rugby star is married to Zara Tindall with whom he has 3 kidsHe appeared on This Morning to discuss his podcast's upcoming UK tourDuring the segment he joked about being 'the ugly' and discussed serious topics

Mike Tindall joked about being the ‘ugly’ host of his rugby podcast when he appeared on This Morning today to discuss his show’s upcoming tour.

The former English rugby player, 43, presents The Good, the Bad, and the Rugby alongside former teammate James Haskell and TV presenter Alex Payne.

Mike, who is married to the Queen’s granddaughter Zara Tindall, is set to take the podcast on a UK tour with James and Alex.

He and James were invited onto This Morning to promote the upcoming tour, as well as discuss why they often discuss non-rugby topics like mental health and family.

‘The best thing about the podcast is that it’s about rugby but we don’t really talk about rugby,’ said Mike, who added that they get ‘into the mental health side’.

He explained: ‘For people who finish rugby and are transitioning into civilian life…you’re going to have to go [and] find another job, and that generally means you’re starting at the bottom again.

‘When you’ve gone from 87,000 fans or whatever watching a big game, to then having to start at the bottom and work your way in, it’s quite difficult.’ 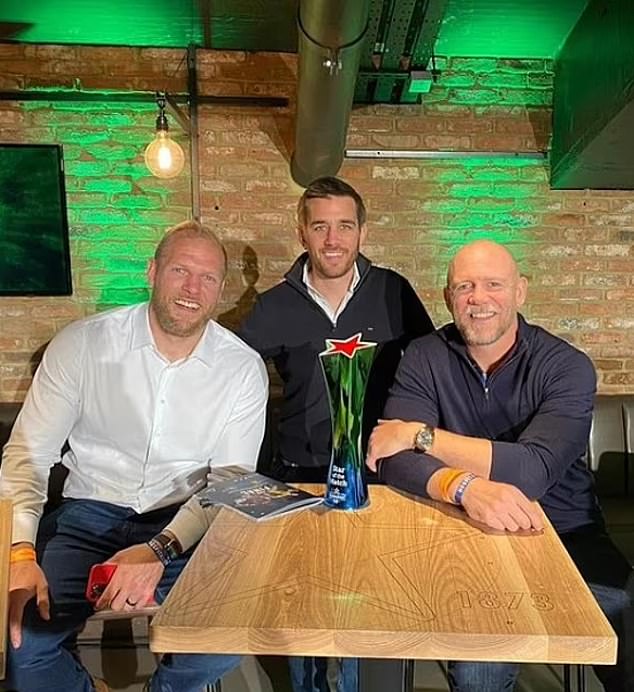 Mike (right), pictured here with podcast co-hosts James Haskell (left) and Alex Payne (centre) opened up about why the trio discuss mental health on the show 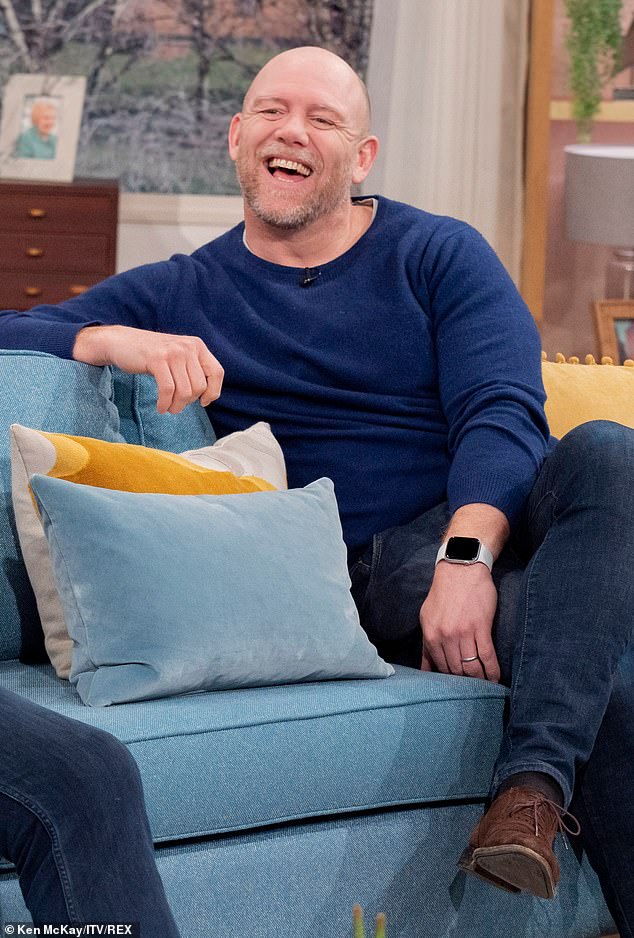 The former England player appeared on This Morning today (pictured) to discuss The Good, the Bad, and the Ugly’s upcoming tour

The former player has opened up in the past about his own mental health struggles after retiring from rugby, appearing on a special International Men’s Day episode of Loose Women called Loose Men.

During the episode in November, Mike admitted that he had found retirement ‘quite a lonely place to be’.

He said: ‘I went to work every year for 17 years with 35 to 40 of my best mates. Just used to hang around with them, be typical blokes and then one day, you wake up and your six months isn’t planned, it’s not on your fridge so your wife can see it. 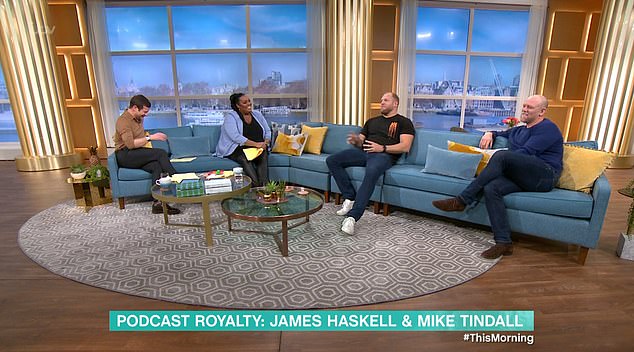 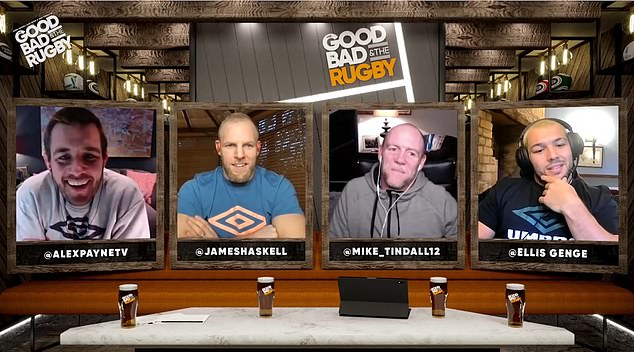 As well as mental health topics, Mike has opened up about other issues on the podcast – like family, telling his cohosts about the birth of his son Lucas during an episode last year 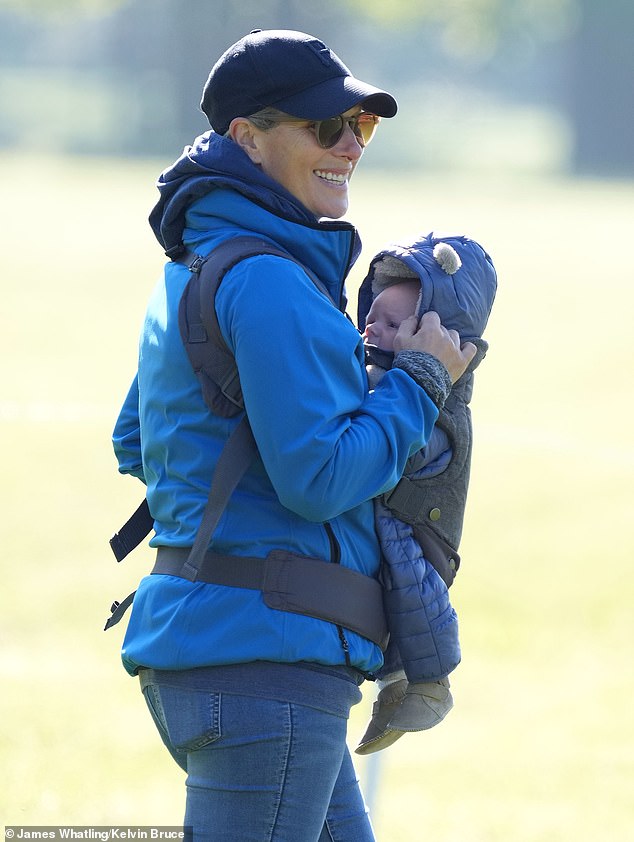 Mike’s wife Zara Tindall and their son Lucas (pictured in May last year), whose birth was discussed during an episode of The Good, the Bad, and the Rugby

During today’s segment, host Alison Hammond asked who the ‘good, the bad, and the rugby’ are on the show, with everyone unanimously agreeing that host Alex is the good and James is the bad.

Mike joked: ‘I was so disappointed that that only left me with the rugby, which everyone really just associates with the ugly, so I guess that’s [that].’

As well as mental health, other non-rugby topics Mike has discussed on the show include his family.

The podcaster, who lives at the family home on Princess Anne’s Gatcombe Park estate, in Gloucestershire, shares three children with wife Zara – Mia, seven, Lena, three, and Lucas, who is almost one.

He discussed Lucas’ birth on the podcast last year, telling cohosts about the birth, as well as revealing the weight of his new son. 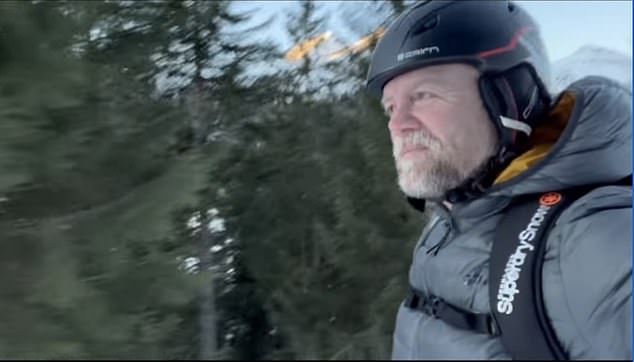 Mike recently shared a video with his Instagram followers. The reel, which showed him skiing down a mountain, was set to Fleetwood Mac’s Dreams

The sporting star is also open with his fans on his personal social media, recently sharing a video of a ski holiday on Instagram.

The reel showed Mike, who was sensibly dressed in a grey coat and protective helmet, ski down a slope as Fleetwood Mac’s Dreams plays over the clip.

It is not known whether he was accompanied by Zara and the children, with the caption suggesting it may be a friends’ trip, saying: ‘Great to be back in the mountains. Good times with great friends!’